Easter is my favourite of all the bank holidays. There’s none of the excesses of Christmas, the food is great, it’s often a time for a genuine holiday (rather than running around stressed from one family engagement to another) and there’s a sense of optimism in the spring air. What a humdinger of an Easter we’ve just had, with shorts and ice creams being the order of the day. 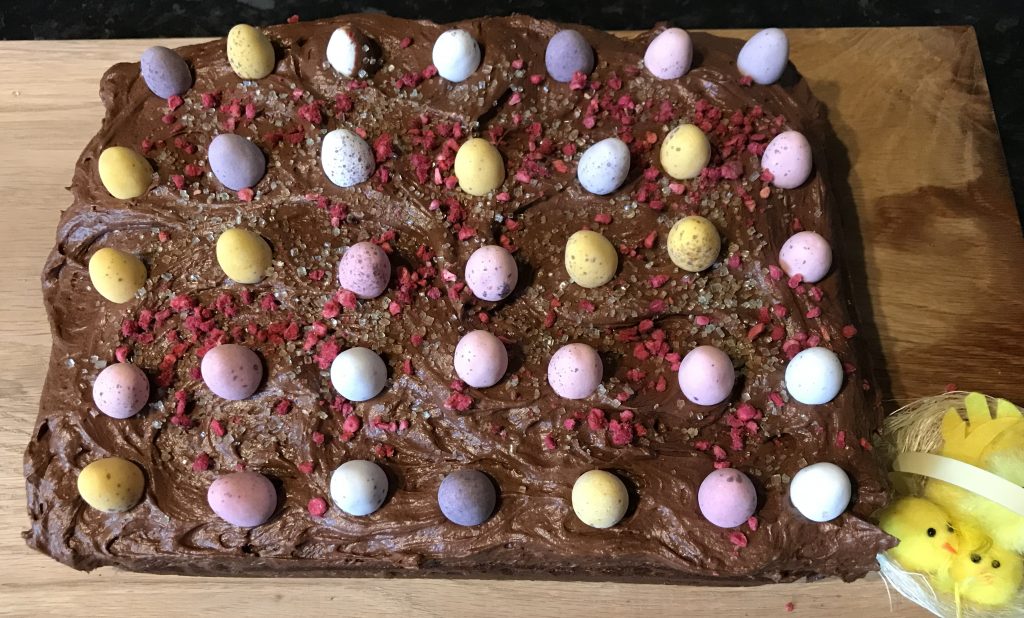 I spent a happy half hour on Easter Sunday drawing up this year’s allotment plan. The idea is to separate the two main beds into vegetables and cut flowers, and then attempt to block plant in each, partly for ease of harvest but mostly because I think it will look great. In reality I may have to shift this plan around – there may be just too many plants for either side to contain. 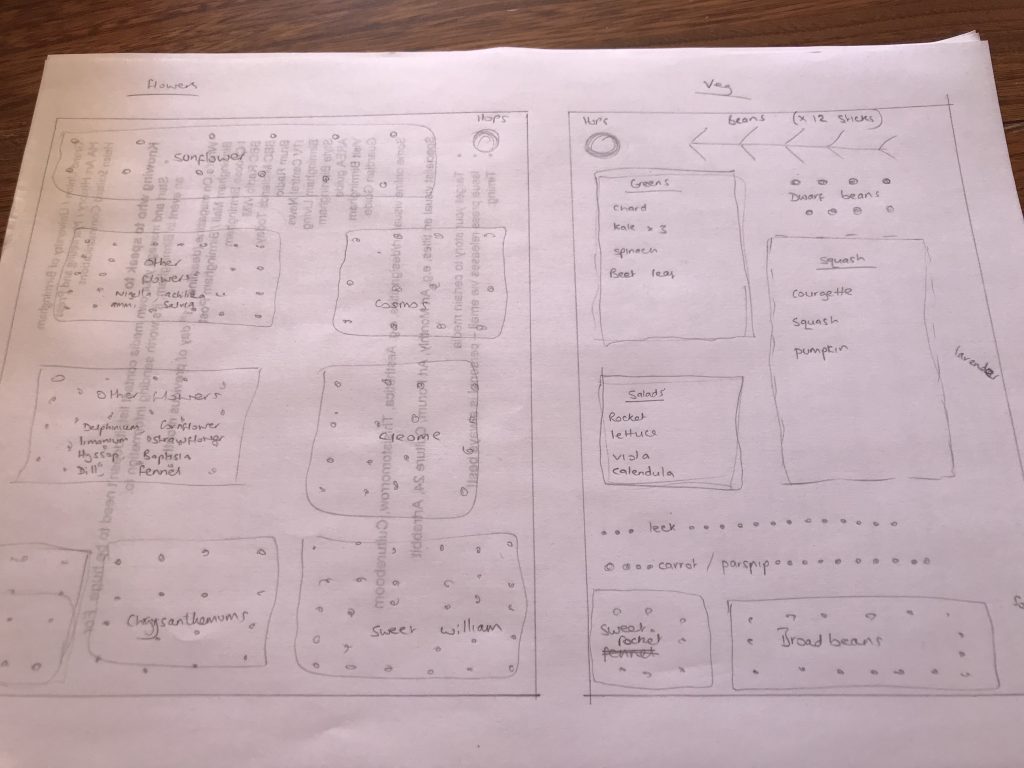 The low-fi allotment plan for 2019. Separate plots for vegetables and cut flowers, with plenty of blocks.

Yesterday was a full day of allotmenting, the first for months and months. And actually, the first with Matt for probably around a year. He got to work raising the hopolisk whilst I removed the black plastic that has been covering our two main beds and tackled the tufts of couch grass that are at constant threat of taking over entirely. Perhaps optimistically, I also sowed a line of parsnip and carrot, knowing that direct sowing rarely works well on our plot…but this year I have a feeling that they’ll come good. 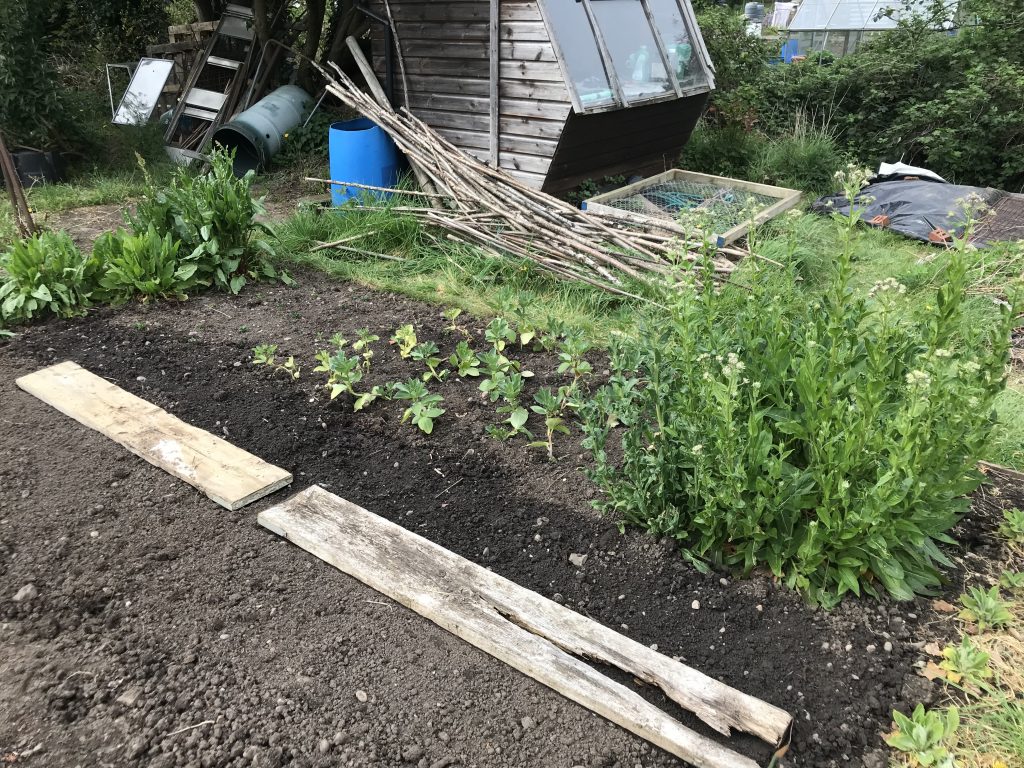 Sowing parsnips next to the sweet rocket and broad beans 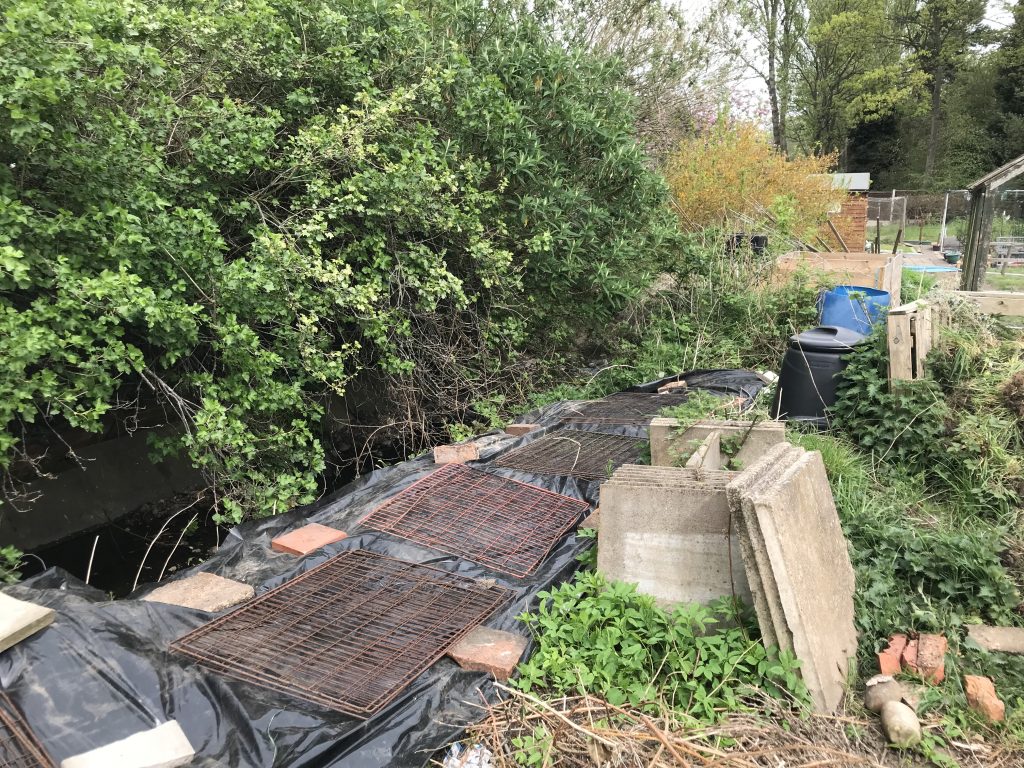 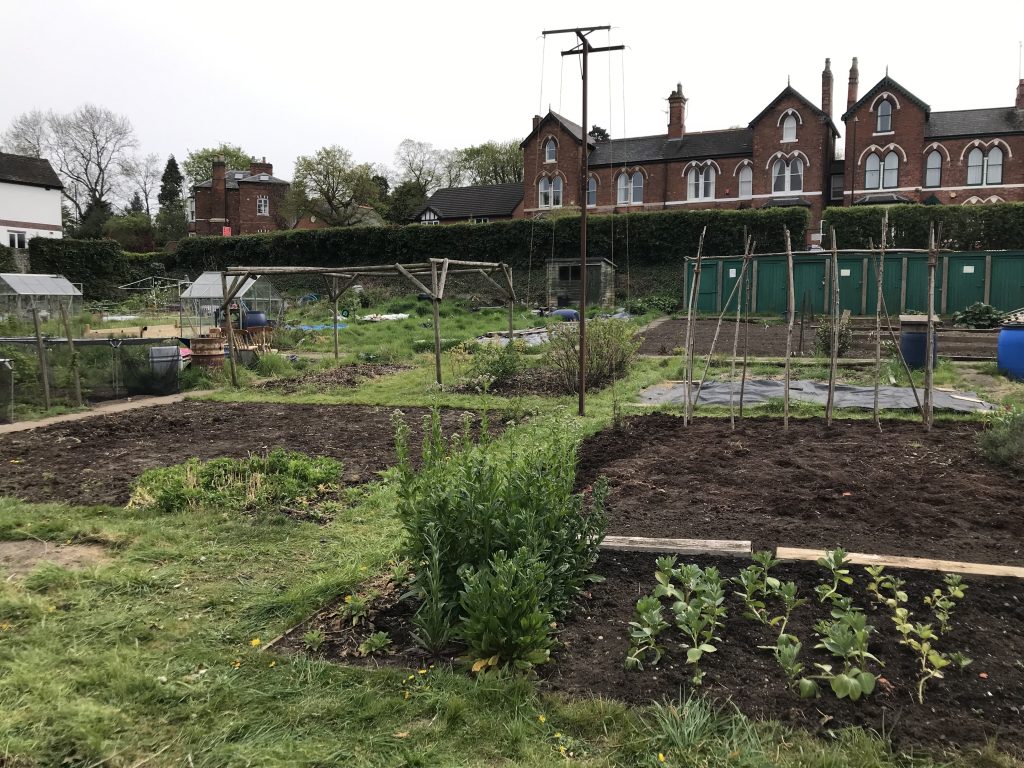 The hopolisk is risen, as are the bean sticks.

Removing grass is hard, hard work. Since having Harry I’ve noticed that my general fitness has grown poorer and on the allotment I realised why: full days like these, lugging around trugs of turf and crouching in currant bushes, are the best way to stay strong and flexible and yet I rarely get the chance these days.

But back to Easter food. If it’s Easter then lamb is probably on the menu (as well as chocolate cake adorned with mini eggs, obviously), but – to be controversial – I think that the traditional English roast doesn’t quite hit the spot. What I want is lamb that’s been cooked for so long that it is shreddably tender, full of flavour, and with some chewy gnarly caramelised ends. In the summer I might cook a boned leg of lamb in the kettle barbecue for an hour or two, but this Easter I went for a Middle Eastern-inspired half shoulder, rubbed with spices and then baked – fully encased in foil – for 5 hours. It was sensational. No photos I’m afraid, but here’s the recipe:

The day before you wish to eat, take a half shoulder (or a full shoulder if feeding a crowd) of lamb and trim any excess fat. Leave the bone in for good flavour. Place in a bowl with three or four big bashed cloves of garlic, a good pinch of cumin seeds and dried chilli flakes, about a tablespoon of sweet smoked paprika and the same of ras al hanout (I used the blend brought back from Morocco a few weeks back by Claire Fudge). Salt and pepper generously, add a splash of oil and really massage the flavourings into the meat. Cover, and leave to marinate in the fridge overnight.

The following day, preheat the oven to 140c. Place a large sheet of foil in a roasting pan, put your lamb and the marinade on top and squeeze over the juice of one orange. Cover with more foil and bring the edges together to make a tight seal. Place in the oven and leave to putter away for 4 to 5 hours, checking every hour that it’s not drying out – if it is, and this is a vital step, add a splash of water from the kettle to your foil parcel, then re-seal. (The foil is important unless you want to spend hours with a scouring pad.)

To serve, shred the meat into large chunks. We enjoyed ours with tahdig from Claudia Roden’s Book of Middle Eastern Food, a glorious way of cooking rice that makes it as buttery as popcorn, plus a mezze of broad beans, garlic, mint, dill and yoghurt; another of cucumber, onion and yoghurt; chopped tomatoes and masses of new season asparagus.

For leftovers, Matt made Persian burritos. Take a tortilla, then stuff with leftover tahdig rice, refried crispy lamb, yoghurty cucumber and a spot of cheese. Serve with sweet potato chip and salad. Glorious.

Allotment and garden: Sowed leeks and carrots. Removed black plastic from the main beds and placed some over the back wilderness. Heavy weeding of the edges of the main beds and around the currants. Raising of the hopolisk. Building of bean sticks. Matt has started to dig a hole for the foundations of a new shed and is muttering about re-building the greenhouse.

Cooking and eating: 5 hour lamb, tahdig, broad bean and yoghurt mezze, Persian burritos, thousands of chocolate crispy cakes, never-ending Easter chocolate cake, Mum’s salmon with tarragon sauce and asparagus, Mum’s cheesecake, baked chicken with lemon and honey at the farm with the university gang, salad of avocado, edamame and tender stem broccoli at Arco Lounge that was surprisingly good. Harry had his first Calippo (except he didn’t as it was a fake Aldi version) and enjoyed it immensely.