Easter Monday took us to the tiny village of Brockhampton, close to the River Wye. We were in search of arts and crafts (the William Morris type) and one place in particular, the extraordinary church of All Saints. 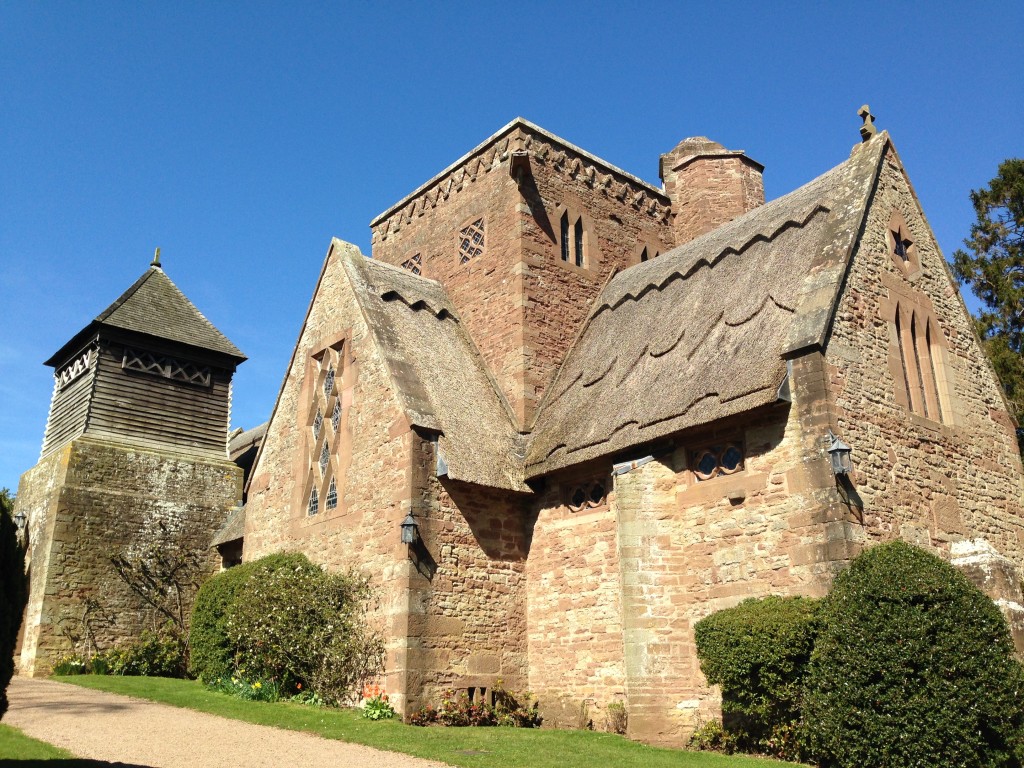 This church is nestled so easily into its landscape that it looks hundreds of years old. In reality, it was completed in 1902 and is one of the most dramatic surviving examples of arts and crafts architecture. It’s possible that my great-grandfather, a baker who lived a few miles down the lane, saw it being built. I like this idea very much.

All Saints’ Church was the work of architect and clerk-of-works William Lethaby, disciple of William Morris and a lifelong socialist. He was also deeply involved in the creation of the Central School of Arts and Crafts (later to be known as Central St Martins) as well as Professor of Design as the Royal College of Art and Surveyor to Westminster Abbey.

The church was built according to the principles of the arts and crafts movement, with free expressions of craftsmanship encouraged. There appears to have been an element of letting the building find its own form as it was being built, which for the artist-craftsman is a hugely gratifying way of working. On the other hand, it is easy to understand why Alice Foster, the commissioner, got a little, shall we say, ‘frustrated’ with the approach. Accounts from the time indicate that it was not a happy build and indeed it was to be Lethaby’s last active role as an architect. 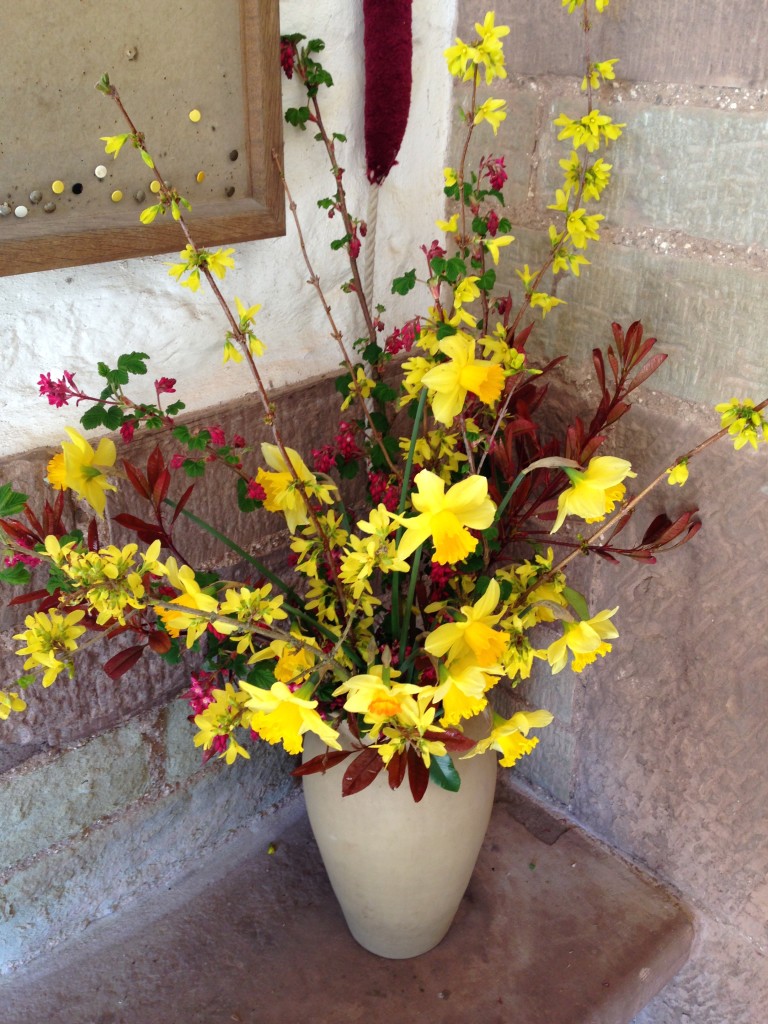 Despite the challenging build, it’s an extraordinary place. Nikolaus Pevsner, the architectural historian, named it “one of the most convincing and impressive churches of its date in any country”. In other words, the church takes its visual cues from medieval forms, techniques and craftsmanship, but also takes full advantage of materials available at the turn of the twentieth century. It looks old…but it isn’t. The interior is formed of a concrete vaulted roof, lime washed to give a serene light-filled space. 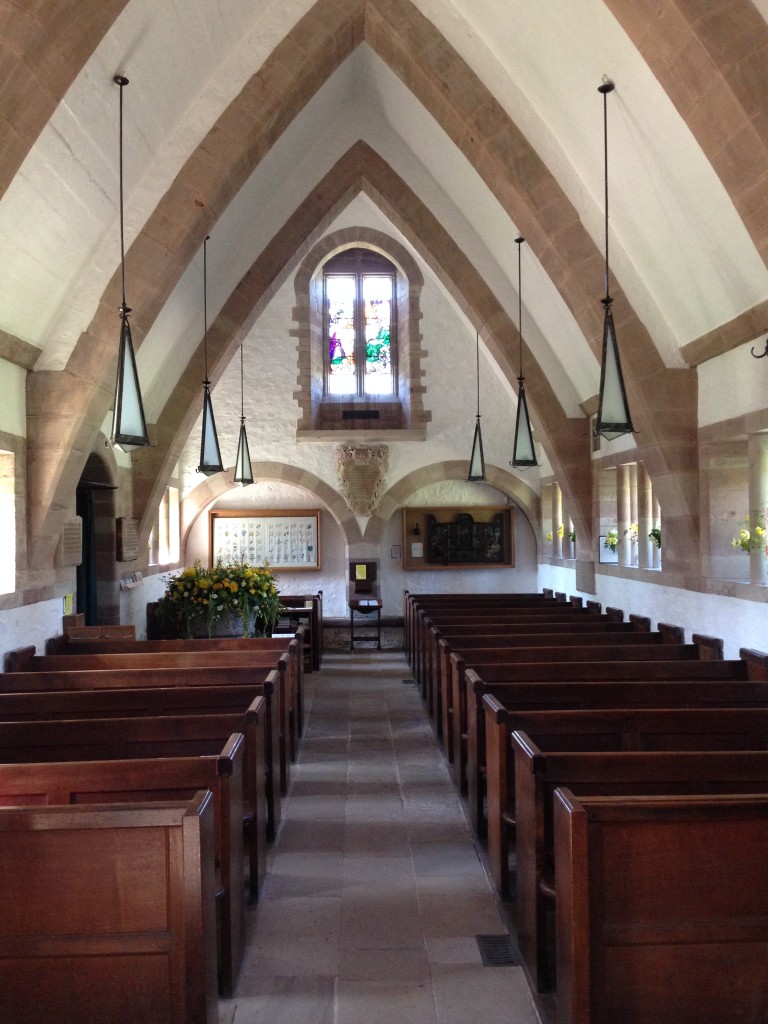 View down the nave

As it was Easter, the font and nave were brimming with green, gold and yellow flowers; daffodil, gorse and pussy-willow. Brockhampton has a tiny population yet it cares enough about its church to put on a stunning floral display, gratifying to witness.

On the wall is a hand-embroidered altar cloth, donated to the church by an anonymous stitcher in the 1950s, depicting flowers and plants found in the fields and hedgerows of the parish. The same woman (and I am presuming that she was a woman) also wrote a book filled with folk-knowledge of these plants. She did not wish her identity to be known and I suspect never considered herself to be an artist. But to me, this level of skill is as great as that of the male craftsmen who built the church in the first place. 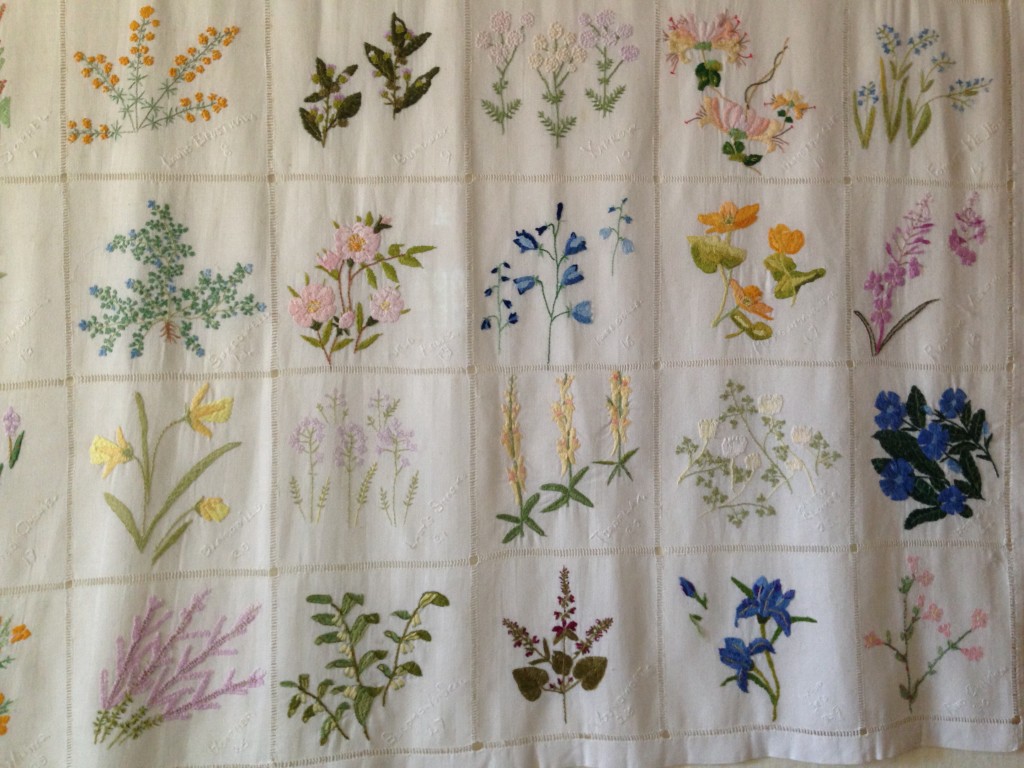 The churchyard is immaculate and on Easter Monday was filled with insects, blossom and the inconsiderate squawking of nearby pheasants. 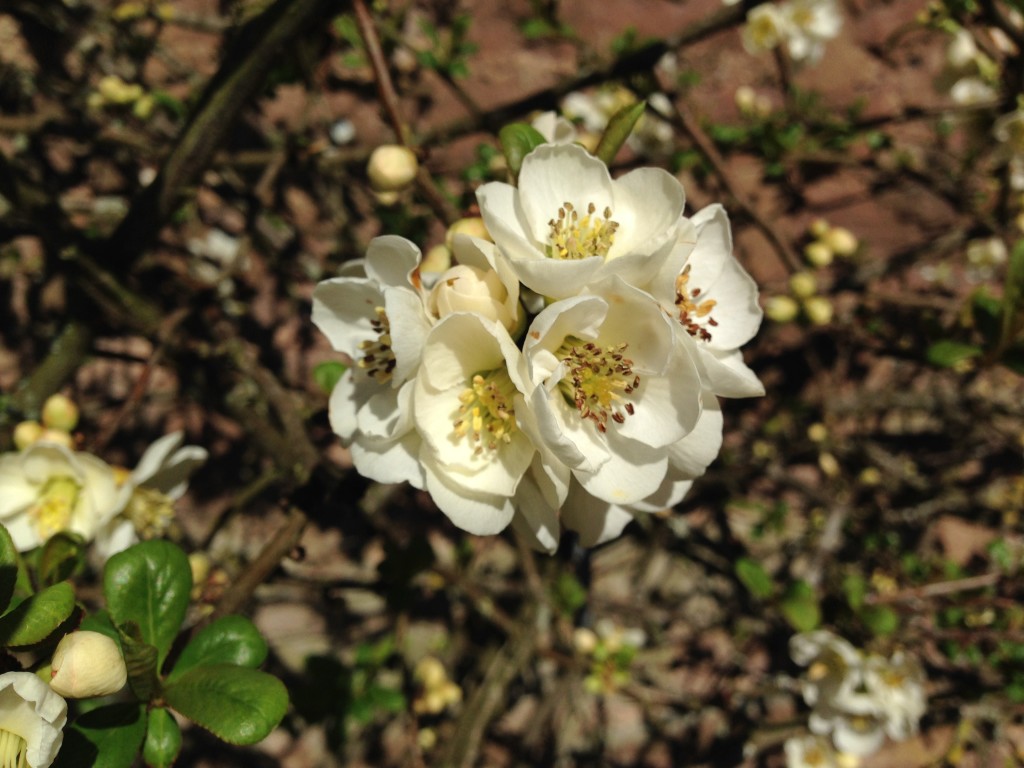 Places like this are so easy to overlook. We see church architecture all over the place, in every village, in every town, and perhaps don’t appreciate the extraordinary cultural heritage on our doorsteps. Other people do – there is an exact replica of All Saints’ Church in Osaka, Japan, popular for weddings. If you get the chance to visit Brockhampton, do.

2 thoughts on “An arts and crafts masterpiece: All Saints Church, Brockhampton”