Thank God, the season has turned. Our new house has turned out to be a Victorian ice-box and I’m having to wear cashmere jumpers in my office to keep the chill off (no hardship there). The bright October mornings start with a bite, the windows are covered in condensation until about 2pm in the afternoon and I’m spotting several local squirrels in the back garden as they build their winter nut store.

But what a glorious September; bright and warm but fresh. The apple harvest is in full swing and last weekend I filled two carrier bags at Clive’s Fruit Farm – one with cookers, one with eaters – and the fruits are now making a still-life display of voluptuousness alongside the last of the greenhouse tomatoes. More excitingly, the first of the spring bulbs arrived this morning! I was perhaps a little, erm, exuberant in my ordering: there’s 240 bulbs here with more on the way. I’ve a combination of tulips, narcissi and allium with a mixture of jewel-bright and neutral, calm shade. Most are destined for the allotment, some for the back garden, and some for pots. I’ll keep you posted how I get on.

On the allotment, life is slowing down but is definitely not yet finished for the year. The greenhouse is empty now, other than the final chilli plants, but the gourds are providing never-ending club-shaped green fruit. I actually planted a gourd mix but only one type seems to have thrived, and to my mind it is the least attractive, so next year I’ll go back to the drawing board with some properly orange, gnarled and suitably witch-y varieties. 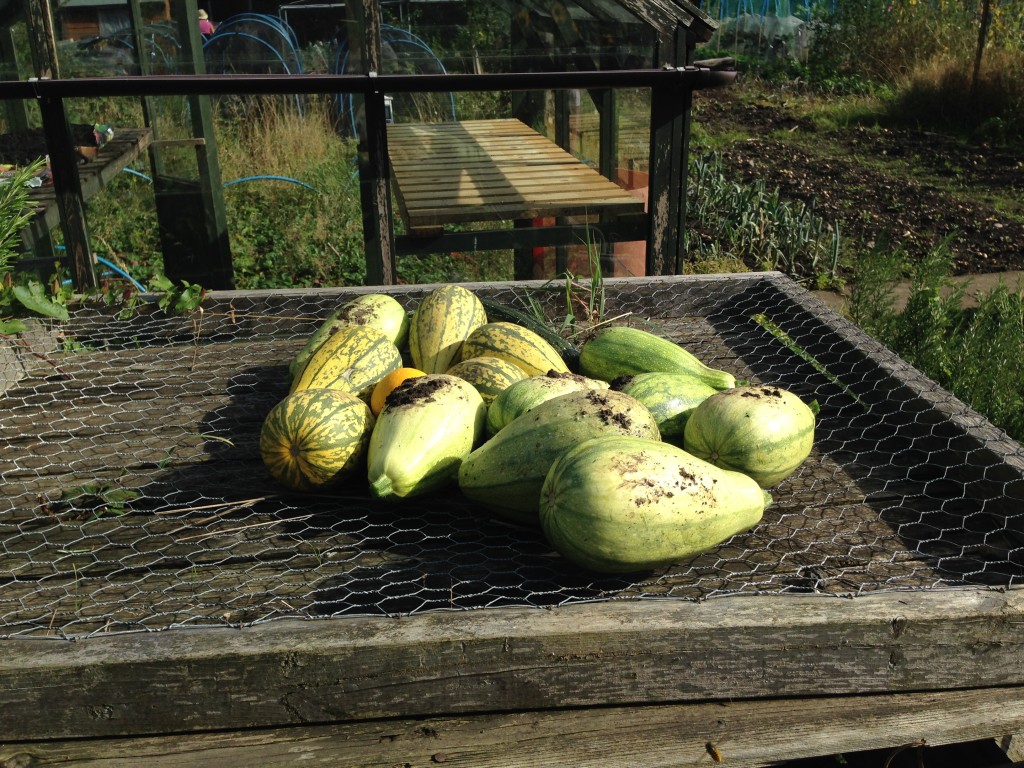 A pile of gourds are seasoning on the drying rack

The sunflowers are elegantly dying back but they will stay in the ground for a few weeks for their seeds to ripen. Why pay tuppence a bag to feed the birds when you can grown your own seed-heads for free? I love the statuesque height of these browning heads, swaying in the early autumn wind. There’s still plenty of smaller blooms to pick, and they’re going in the vase with the pumpkin, bronze and lemon-coloured chrysanthemums. 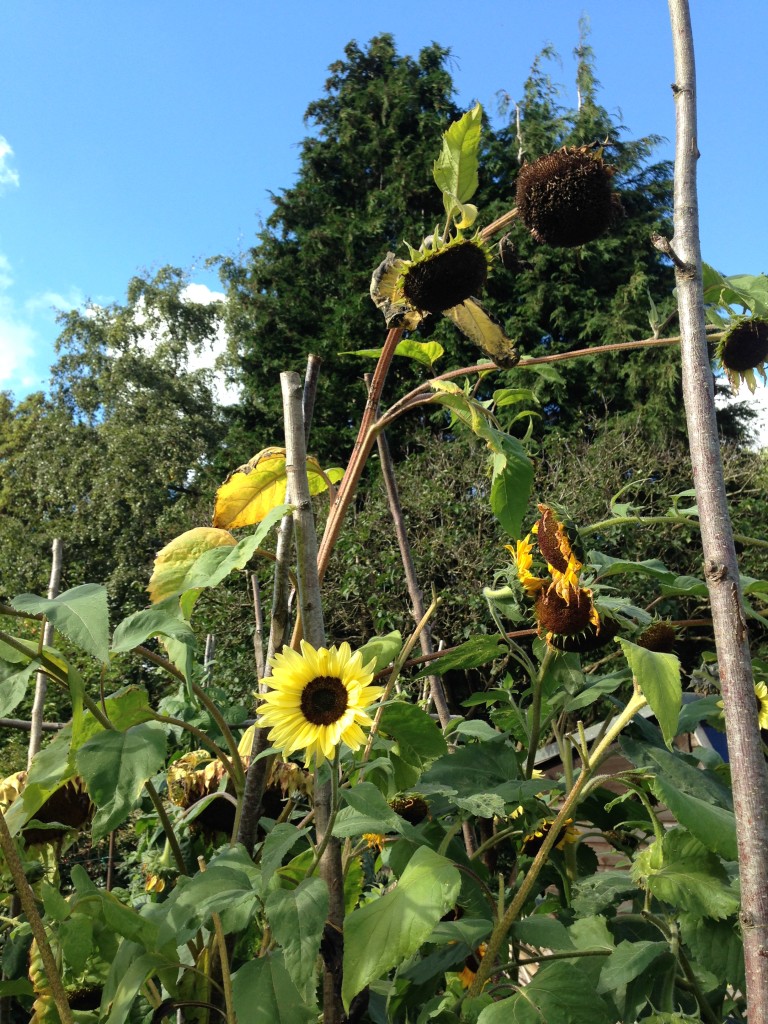 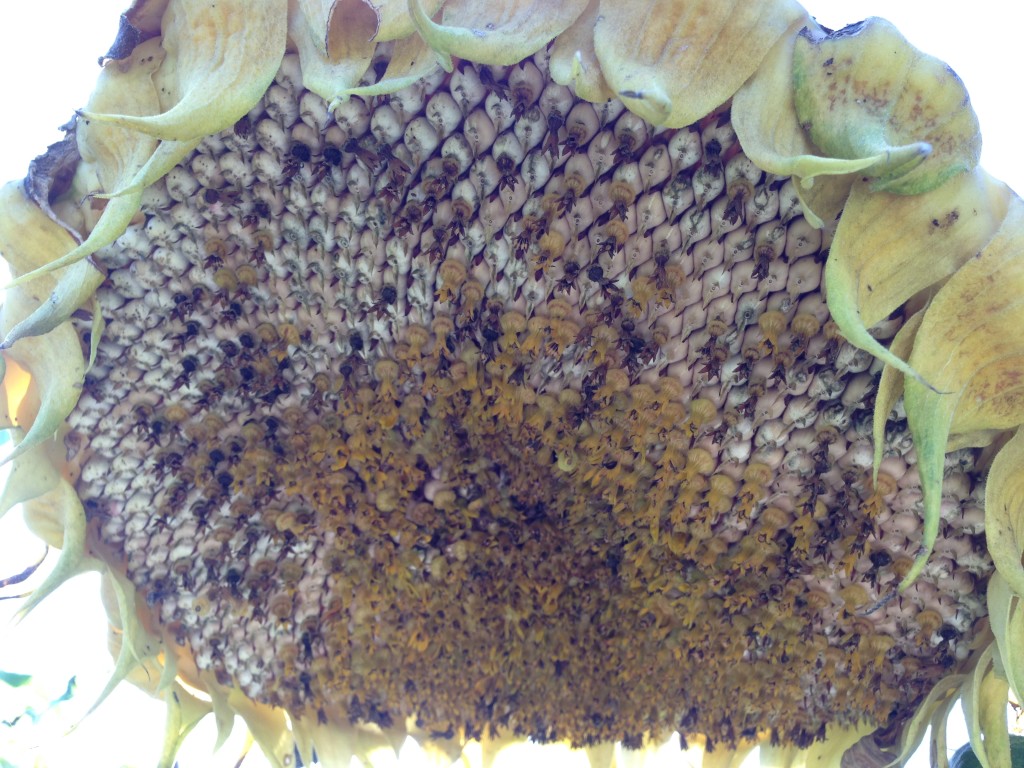 I am leaving the heads on so that the seeds ripen: free food for the birds

The dahlias are the gift that keeps on giving. In the last few weeks this yellow bloom has popped up: left in the ground last summer to over-winter, it has taken its own sweet time to grow but now that it has, what a shade it is! Dahlias Labyrinth (the fat one) and Totally Tangerine (the daisy shaped one) evoke the shades of sunset but Labyrinth, I discover, is an anomaly: it should be a compacted anenome-shape but ours has turned out with a curious mis-shaped centre. There is, of course, great beauty in the ‘fault’. 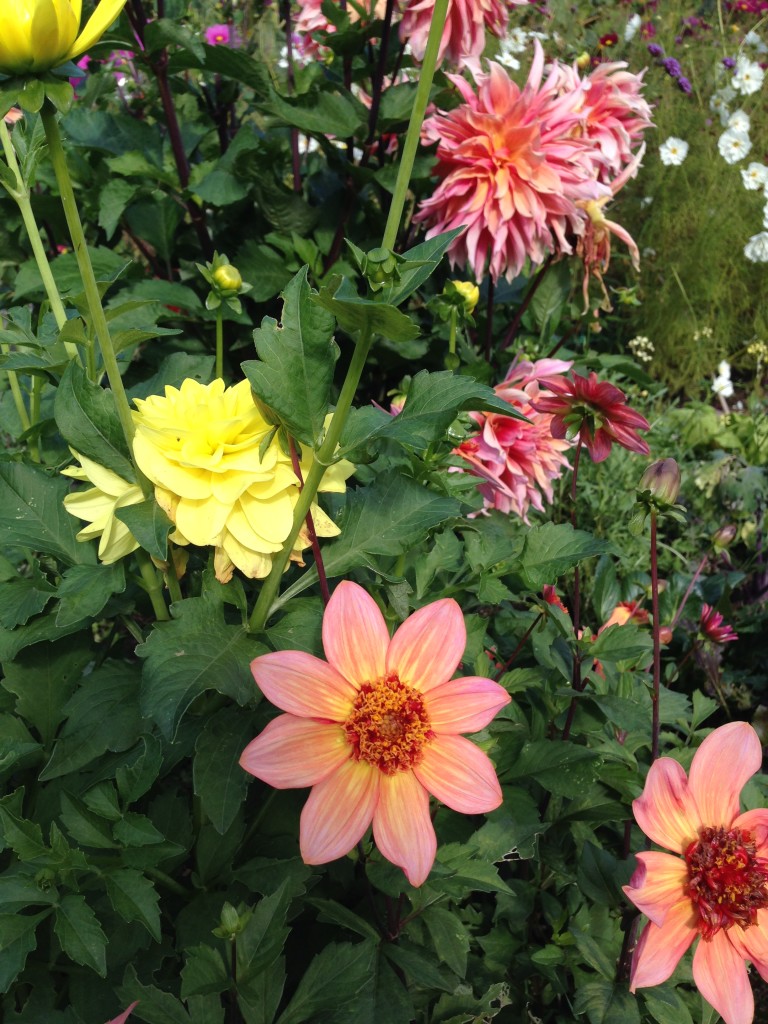 Bright brash colour from the dahlias 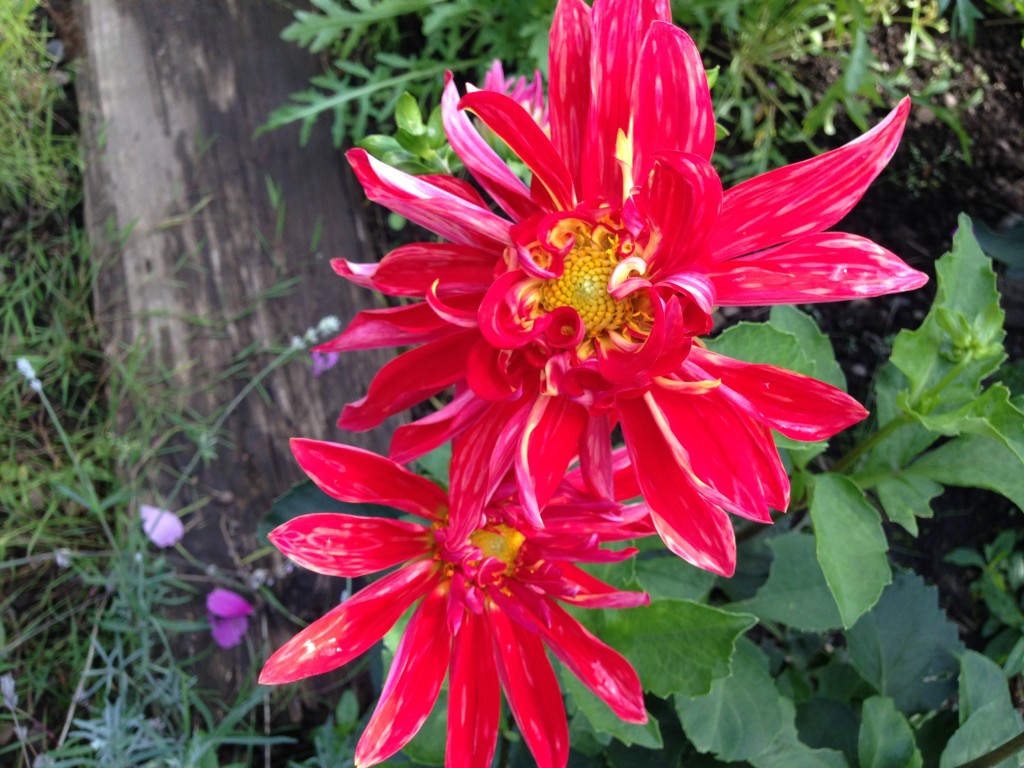 Labyrinth is meant to be far more compact than this 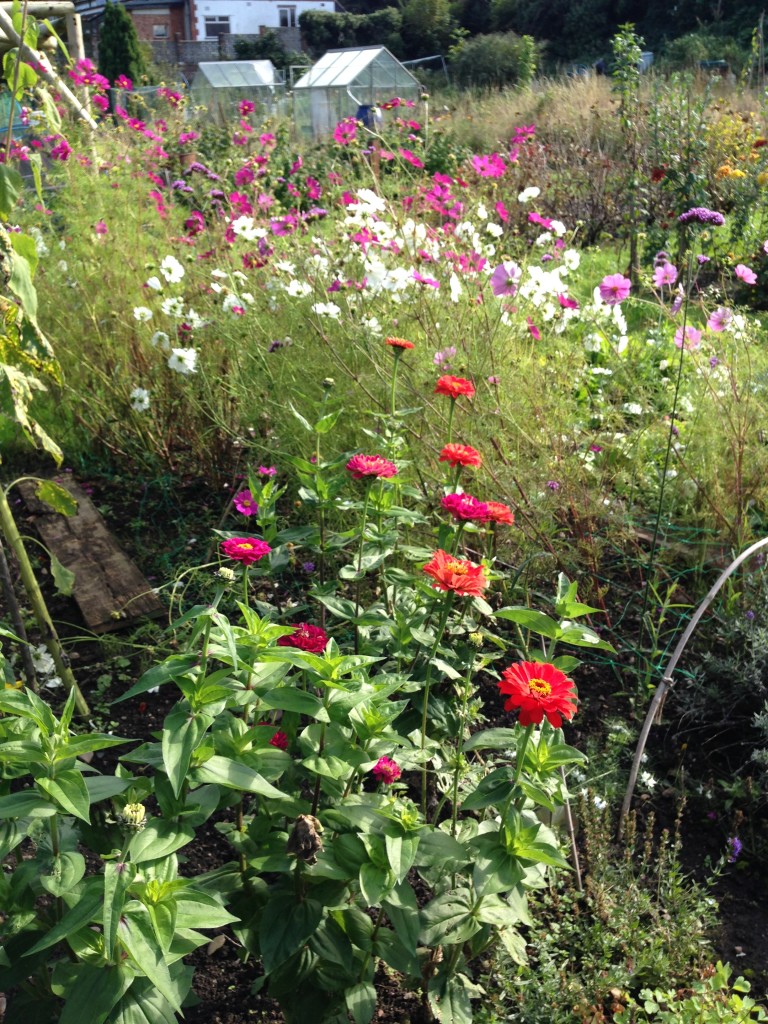 The sea of zinnia and cosmos

But what is there to eat? Well, the chicory, spinach and winter leaves are going great and I pulled the last of the sweetcorn to freeze for another day. The borlotti are fattening nicely and, believe it or not, I’m STILL pulling the sodding courgettes. As for the raspberries: I am now so sick of them I’m afraid they are rotting on the canes. 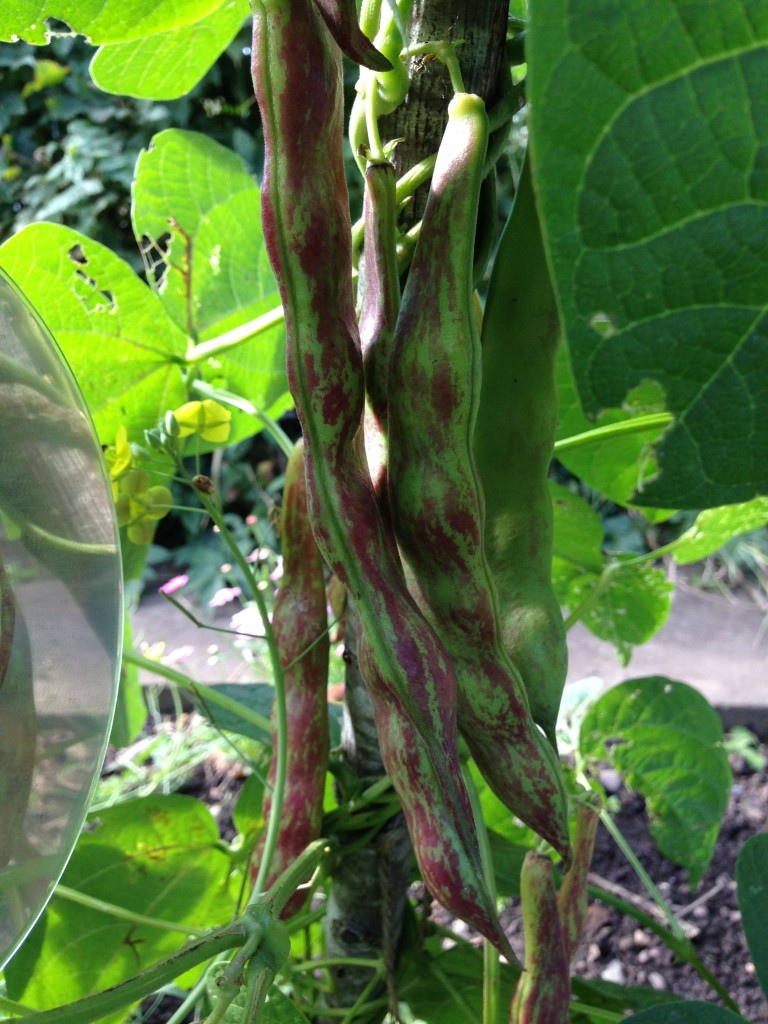 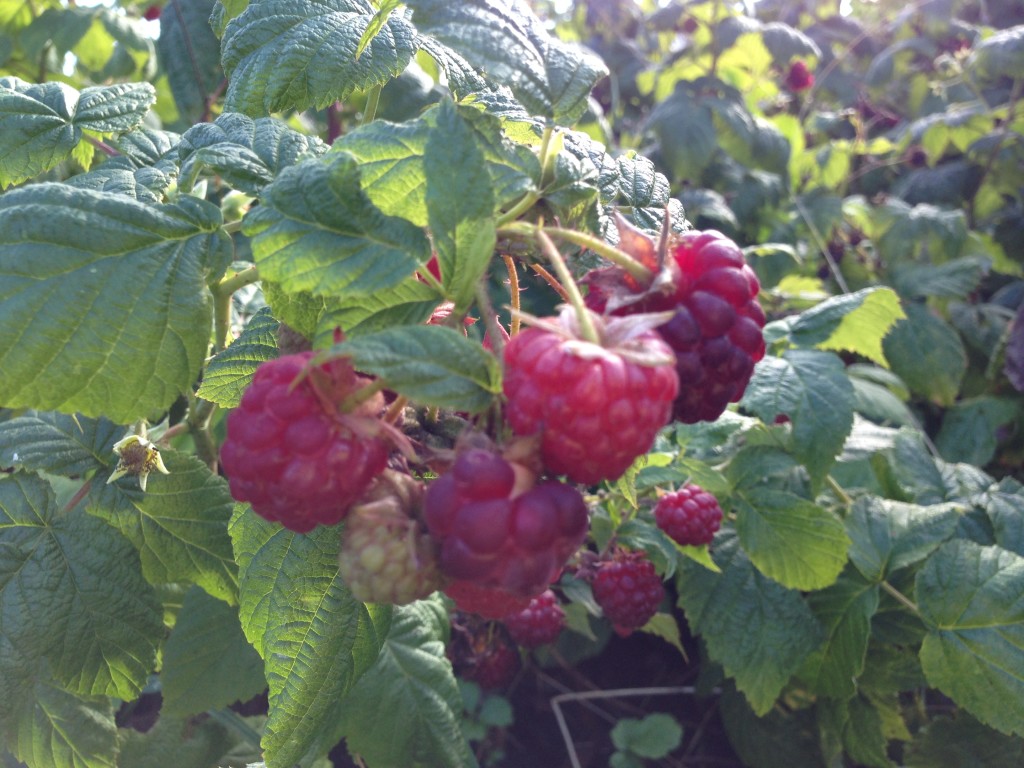 Raspberries are now rotting on the vine, they are so prolific 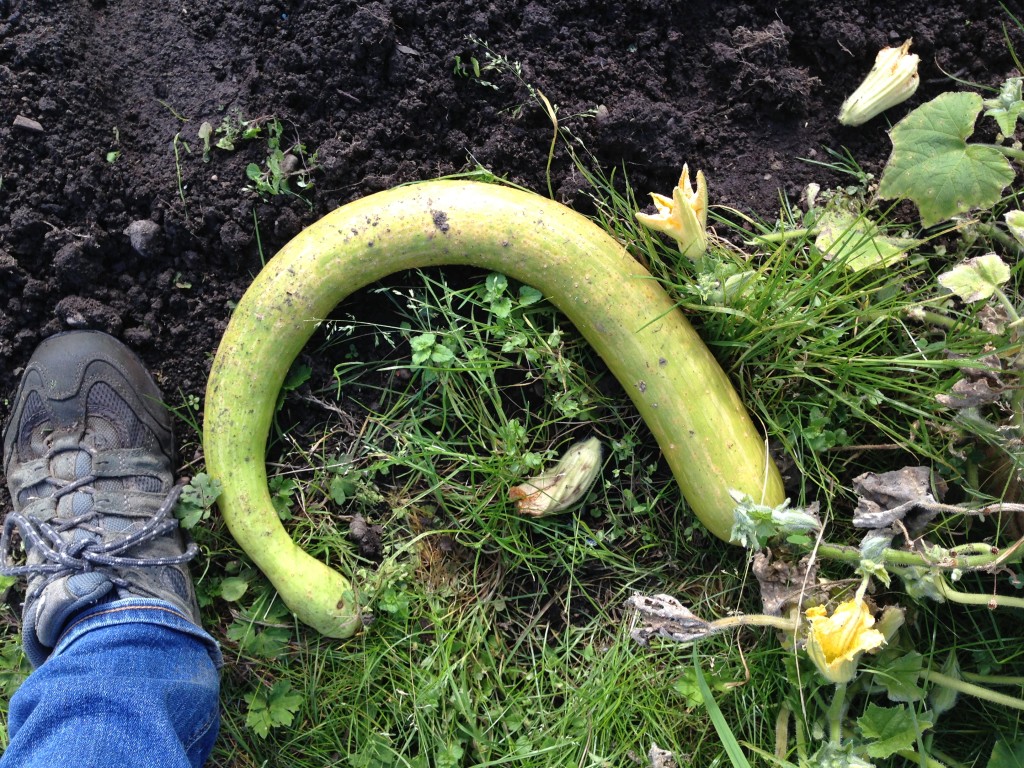 The trombocino (aka Sea Monster) squash 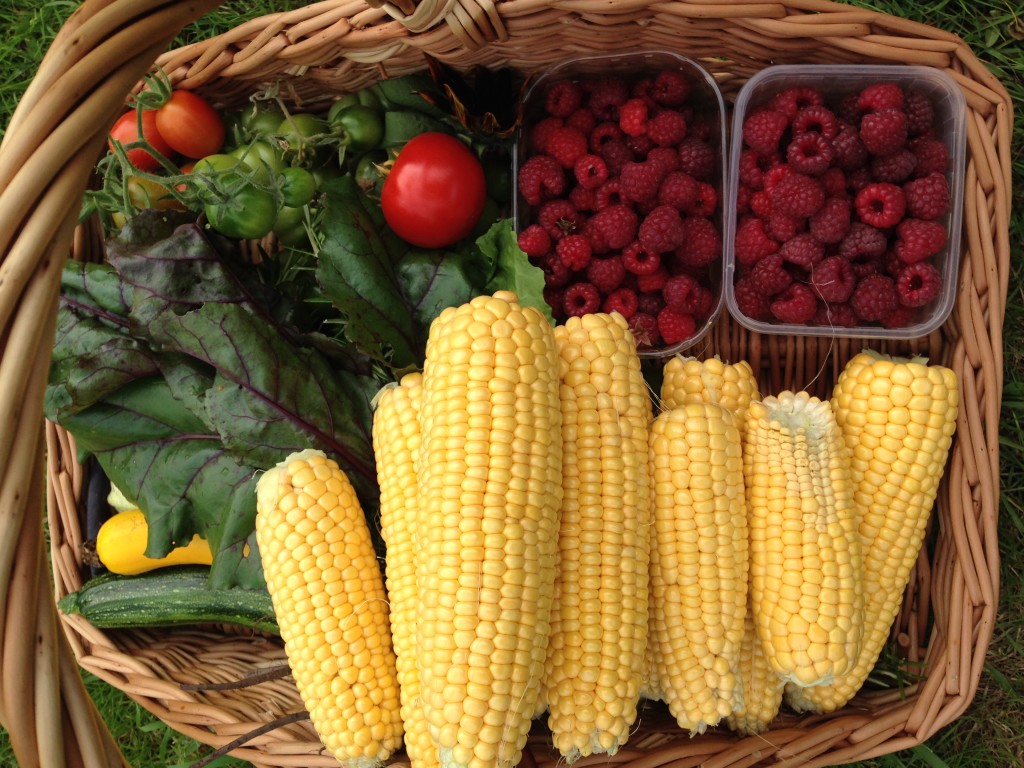 It’s not all great news. The brassicas, once the plat-du-jour of our foe the slug, has now become a des-res for billions of whitefly. That is not an exaggeration. The leaves are covered in egg sacks and sticky black sooty mould, essentially rendering them inedible. The RHS says to spray them with a weak washing-up liquid solution, which I did, but it has made not the slightest difference. 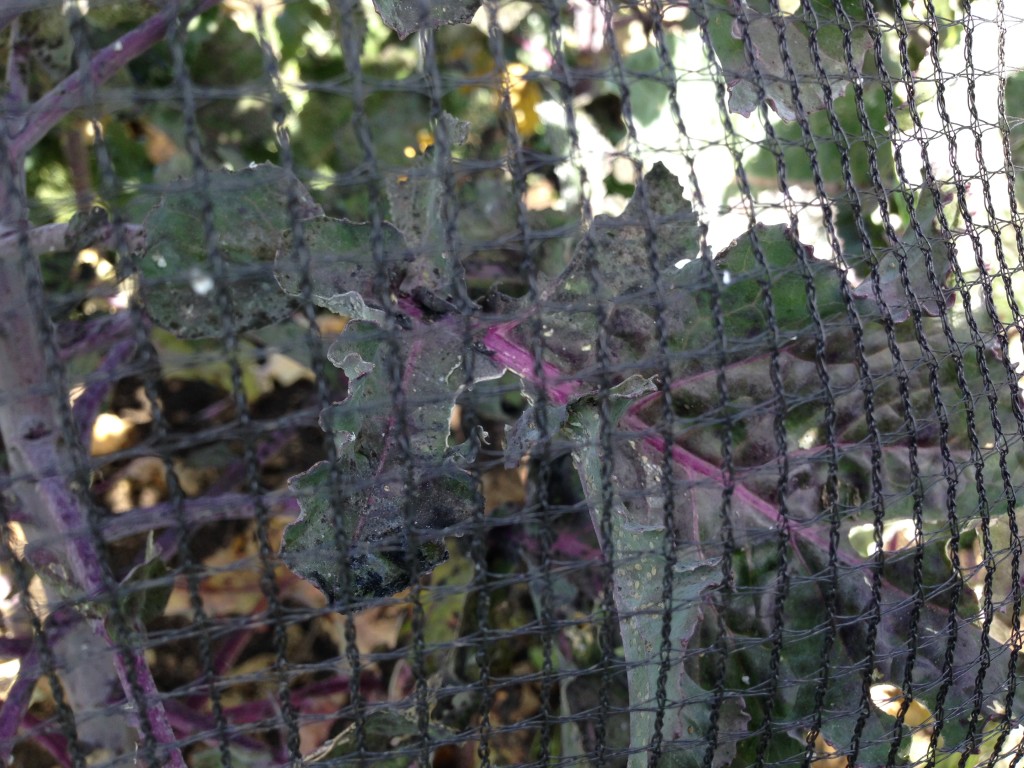 Billions of white fly have taken up residence in the brassicas, leaving sooty mould on the leaves

And then there’s the rosemary, which had grown far too great for its station in life and received a well-deserved hack. The compost bin is now even more of a disaster then before. 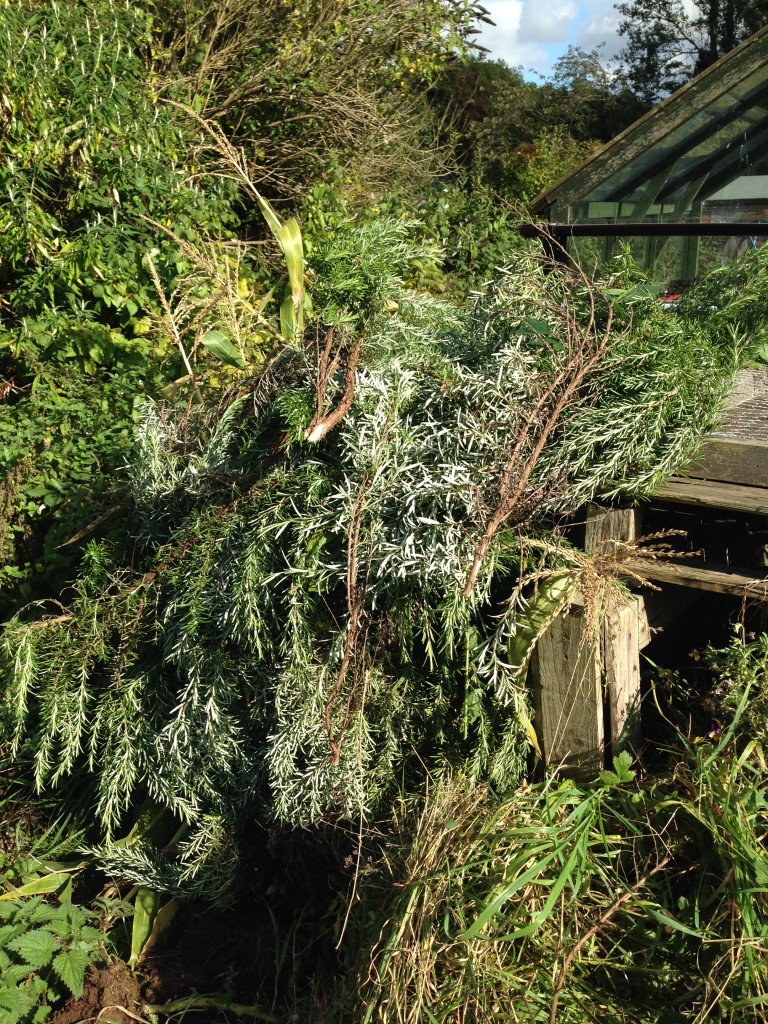 Will someone help sort out the compost heap please?!

Apparently this is the time to slow down, but the jobs are piling up in my head: get the grass edges tidied up, pull out the summer planting, sort out the back garden at the house (a MASSIVE JOB), get the bulbs planted, remember to actually cook some stuff, try and think creatively for next year (a contradiction in terms of course).