I spent the weekend at one of my favourite places in Britain: Rivendell retreat centre in Sussex. Rivendell – yes, it’s named after the Lord of the Rings, but we’ll overlook that – is a place of perfect peace. It’s a grand old Victorian rectory set in a few acres of garden and woodland, run as a Buddhist retreat centre. There are no phones, no email, no telly, no radio. The daily schedule can be condensed thus: early to rise, meditation/yoga, food, free time, more meditation/yoga, food, early to bed. Which to some may sound like new-fangled purgatory but after feeling so poorly since Christmas, I have come back from my few days on the South Downs feeling as if the world has gone from black-and-white into Technicolor.

It helps that the spring weather has finally decided to join us. Rivendell’s woodland was carpeted with daffodils and primroses, dotting the ground with patches of vivid yellow amidst the buff leafless trees. 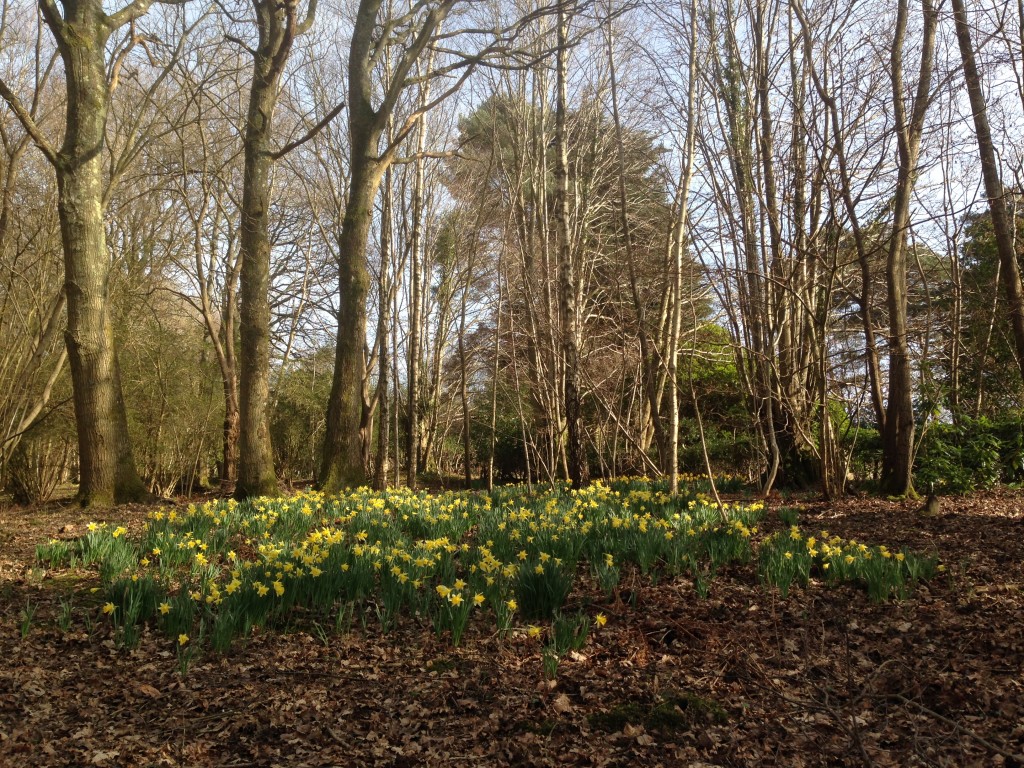 A host of golden daffodils 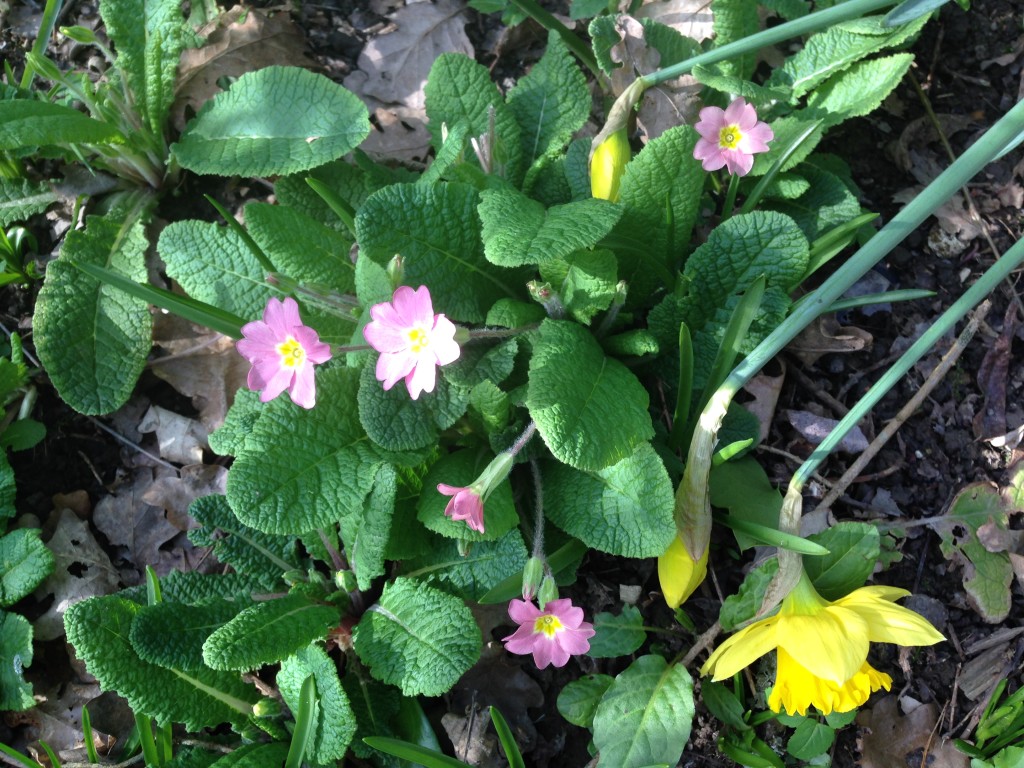 Unusual pink primroses amidst the yellow

The joy of slowing down, if only for a few days, is that you begin to notice those things that could so easily be missed. Wandering round the grounds at 7.30am (Reader: 7.30am is not a time that normally exists for me) I watched a blackbird having an energetic bath in a stone trough. Later a bright yellow butterfly meandered across the path, resting on a nearby roof to bask in the sun. Small fleeting moments.

Speaking of fleeting moments, and of spring colour, now is the time to be buying up forced rhubarb. It’s been in the shops for the last few weeks, all pretty in shades of pastel pink, but its season is short. Forced rhubarb is totally different from the thick stringy stuff that emerges later in the summer: it’s delicate and less sour. Along with the zesty citrus fruits that I talked about last week, rhubarb is there to put some colour and zing into the early spring kitchen. 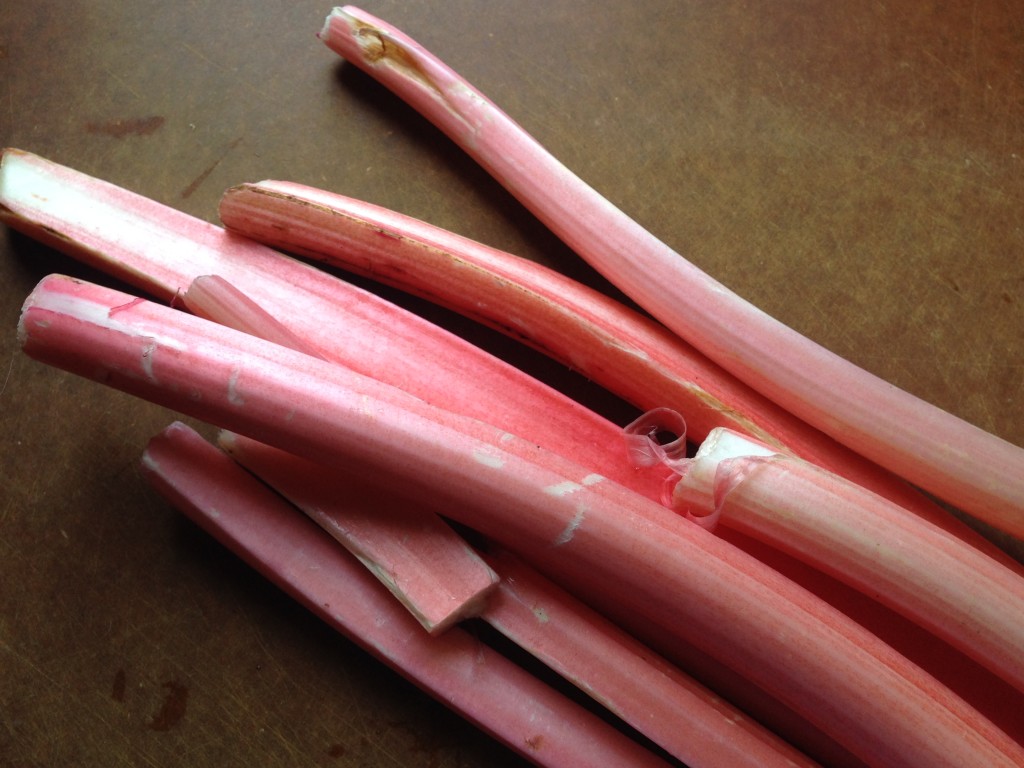 You can of course use rhubarb for many things – pies, crumbles – but I like to bake a load with orange and honey and then keep it in the fridge for impromptu desserts and breakfasts. To bake rhubarb, simply slice the stems into a shallow dish and drizzle with honey and the zest and juice of an orange. The quantities will depend on the amount of rhubarb you have and the level of sweetness that you prefer, but for these seven stems I used one orange and two dessertspoons of honey. 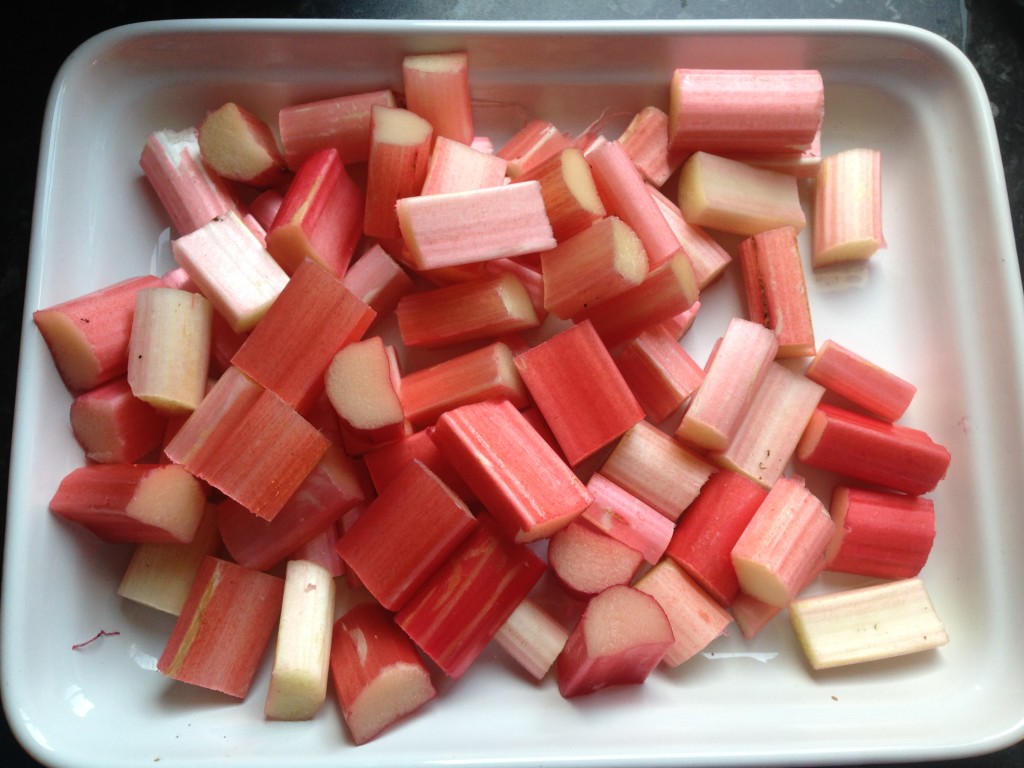 Slice the rhubarb into decent-sized chunks 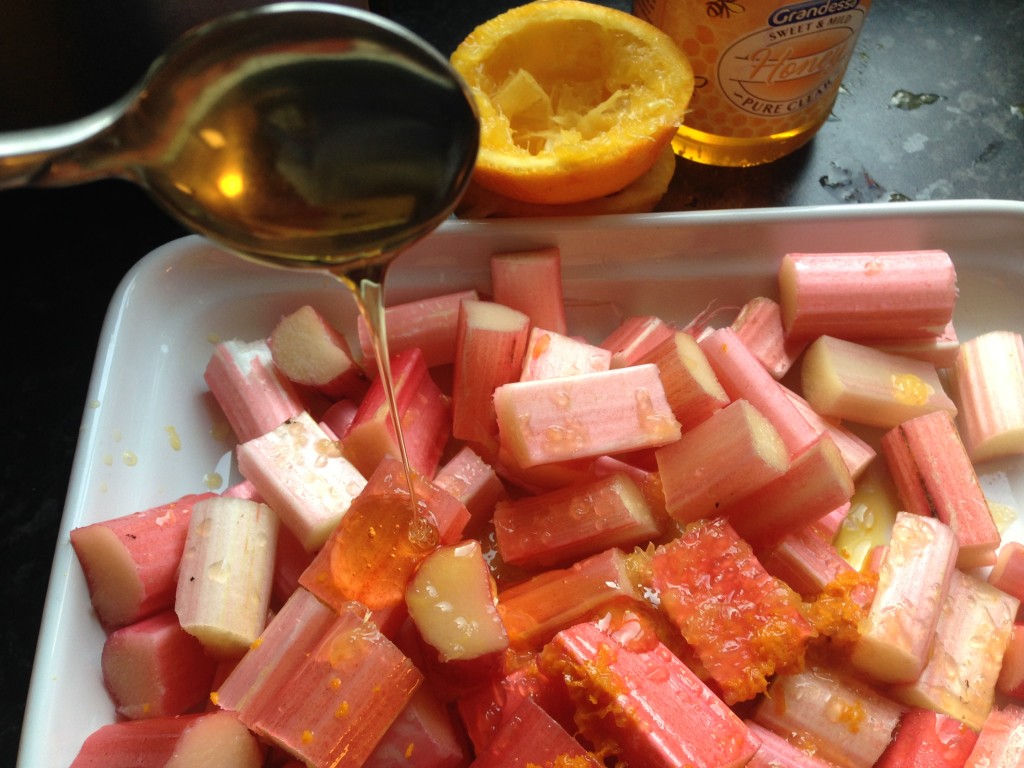 Drizzle with honey and the zest and juice of an orange

Rhubarb does not need a lot of liquid within which to bake, so don’t feel that you need to add any more than a few tablespoons. Once all your stems have been anointed with honey and juice, bake at 180c for twenty minutes, until just tender but not falling apart. You’ll see that it will have produced its own syrup. Leave to cool and then place in the fridge. 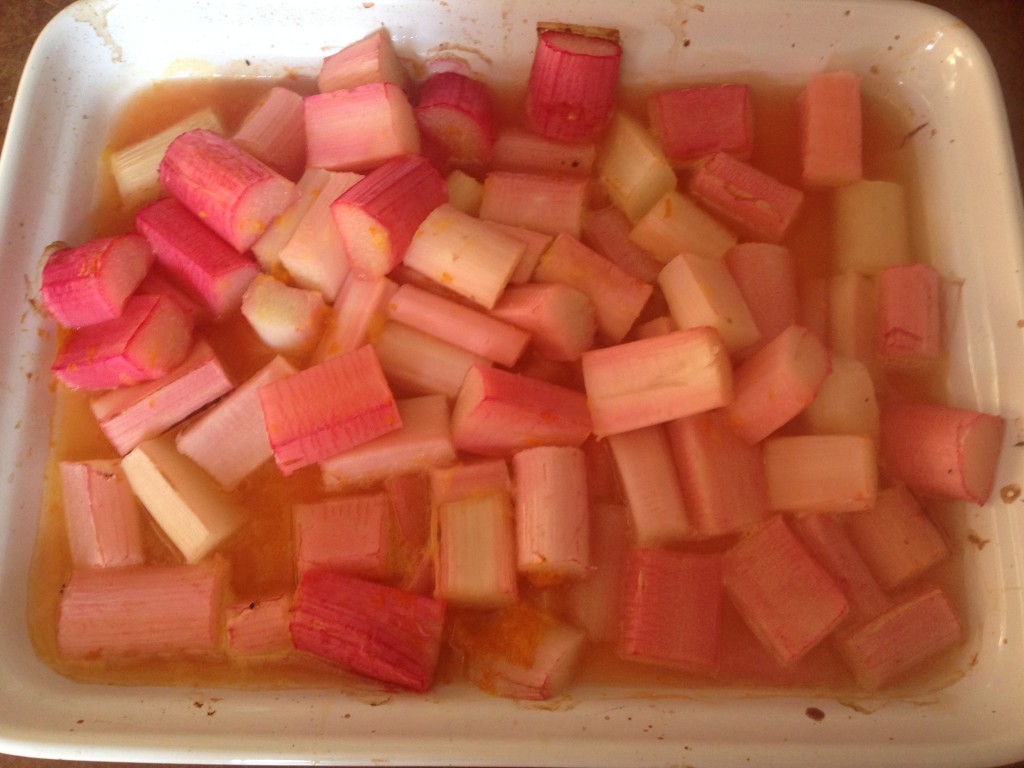 Baked rhubarb, still holding its shape and with plenty of syrup on the side

So what to do with your baked creation? Here are a few suggestions: