On Saturday, despite a pounding headache that was threatening to escape the body through my right eyeball, Matt and I went to the Birmingham Beer Bash at The Bond, Digbeth.

The aim was to learn about food and beer matching, with fine dining produced by Epi restaurant (it occurs to me now that they are named after Epicurus) and beer from Compass, a micro-brewery based in Oxfordshire.

Wine and food matching is a reasonably straight-forward art, or so it is to me now after years of practice. But beer and food is a different matter. When I wonder why, I suspect that it’s partly because the topic hasn’t been researched to the n-th degree in the manner than wine has. Plus also beer remains – compared to wine – a labelling free-for-all. I remember the legalities of what has to be included on wine labels in an effort to protect the consumer, yet the beer manufacturer has slightly more free reign.

Either way, food and beer is a vaguely new art/science and with the recent surge of micro-breweries producing seriously interesting beer, one that is set to become hot hot hot. Beer sat in the doldrums for much of the late 20th century but now it’s been picked up again, with food-interested smaller producers creating interesting small-release brews. To summarise, we had:

– Cauliflower cooked all chefy (poached, roasted, blended, you name it), with The Kings Shipment (good) and Isis Pale (bad – too bitter).

– Monkfish with brown shrimp and sea vegetables, matched with Symposium, a lighter beer infused with lemon and ginger. I didn’t get any ginger, but the acidity and fine flavour (no bitterness) was an outstanding combination.

– Flank steak slow braised and then finished on the grill, with carrot top puree (a revelation) and beetroot. Offered with Baltic Night, a seriously black ale, and Berry, infused with raspberries. Neither of these were doing it for me.

– Chocolate terrine and raspberries with was AMAZING – basically just a custard set with dark chocolate. Allegedly good with Berry but by this time my head was killing me.

Conclusions…Beer can be a great addition to the food-drink matching repertoire, but you have to be careful about the bitterness, which to me threatened to overwhelm some of the dishes (I’m a wine drinker so my palate is different to others). On the plus side – it’s cheaper than wine, served in smaller quantities so you can open more bottles, and the vast differentiation between styles is ripe for experimentation.

Will no doubt revisit this subject again. 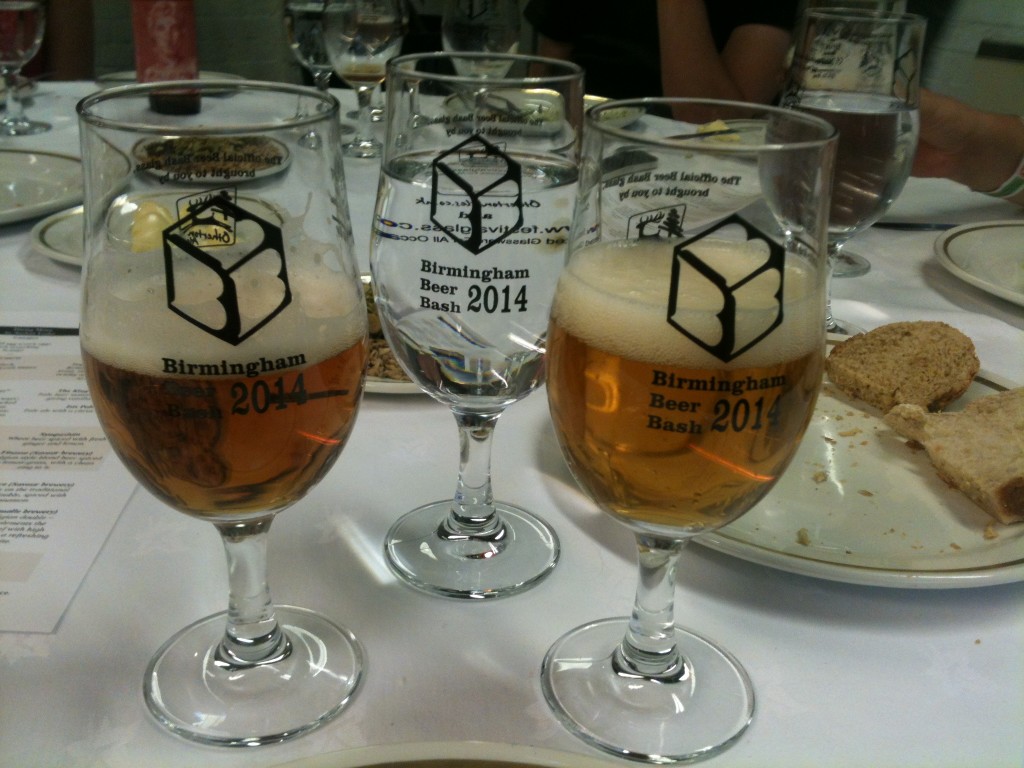 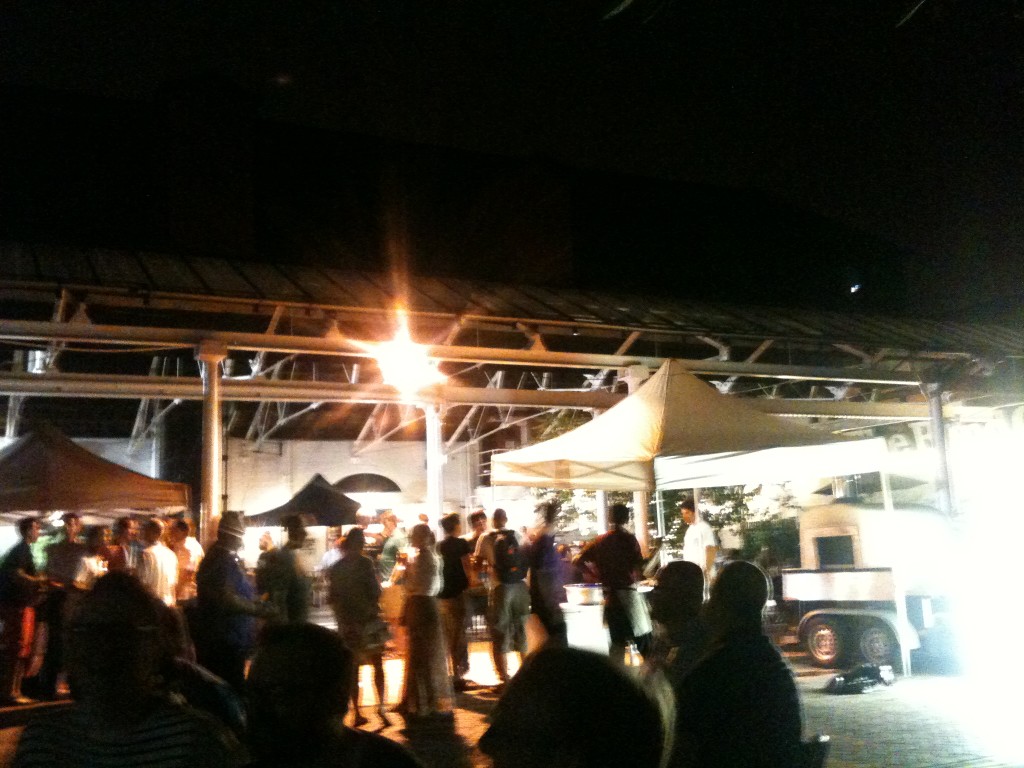 The Bond looking all pretty