A whole weekend passed with no outdoor time. We did a restaurant review on Friday night, headed to Tamworth for Matt’s mum’s retirement party on Saturday and then my friend Tune came for lunch on Sunday. Usually, a friend ‘coming for lunch’ means that you get angsty working out what to feed them and are then left with a mountain of washing up as reward. Not so with Tune. She’s from Calcutta, is an amazing cook and turned up bearing enough food for the entire street. These are the friends we need in life. The Scrabble letters say it all 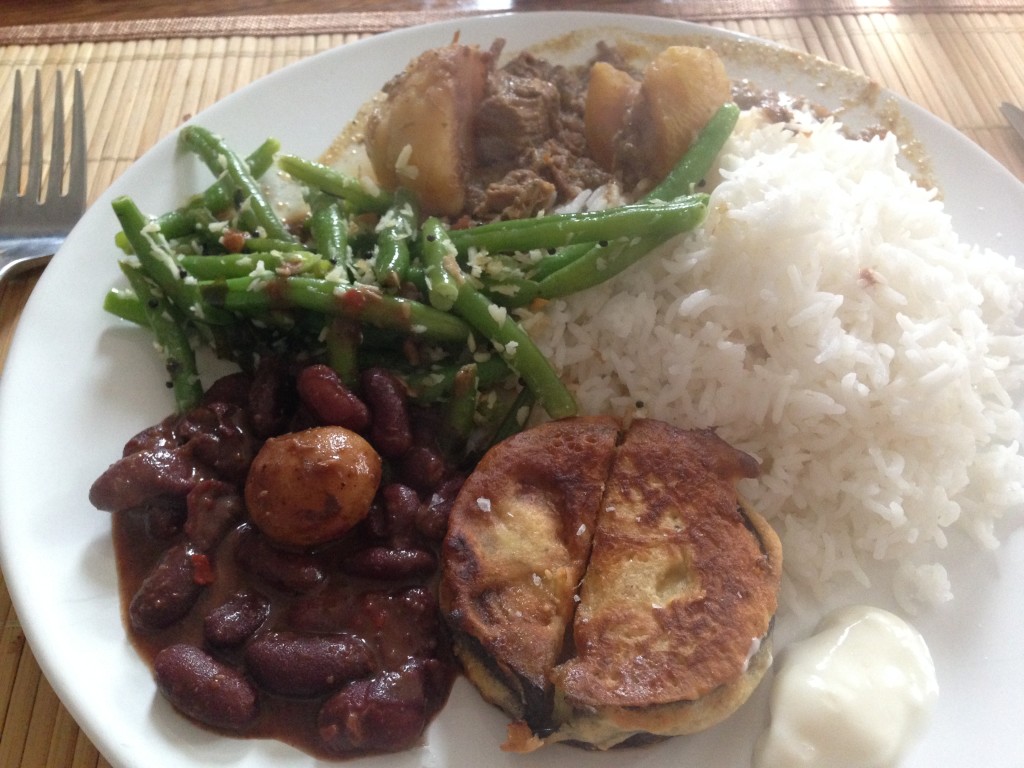 Proper Indian food. The green beans with coconut were properly delicious but the Kashmiri lamb takes some beating.

Both of us also had to fit in several hours work. I’ve been editing a book tracking the recent social history of Birmingham’s Stratford Road, which for years has been the arrival place for new migrants to the city. You might know it as the Balti Triangle. Editing a book essentially means staring at a laptop for days on end until the brain goes squiggly whilst getting cross at mis-placed apostrophes. So with the manuscript more-or-less signed off, I took two hours yesterday morning to escape. There was important work to be done. 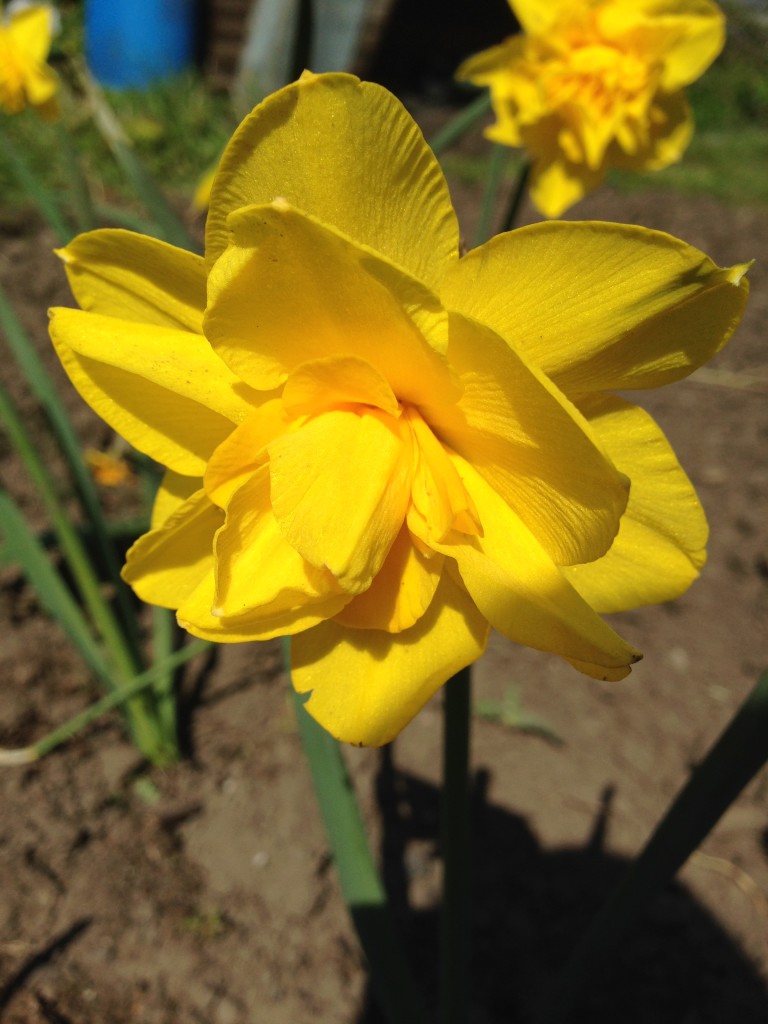 Daffodils are hanging on in there

The seedlings have outgrown their windowsills and needed sending off to big school, aka the greenhouse. For most gardeners this is not a big deal. For me it’s a commitment: once they’re in, I have to visit every day (or at least every other day) to make sure they get the watering they need. I’ve been putting this move off for several days, but no longer. The beans responded by shooting up 3cm, literally overnight, and we now also have baby corn, courgette and purple sprouting. 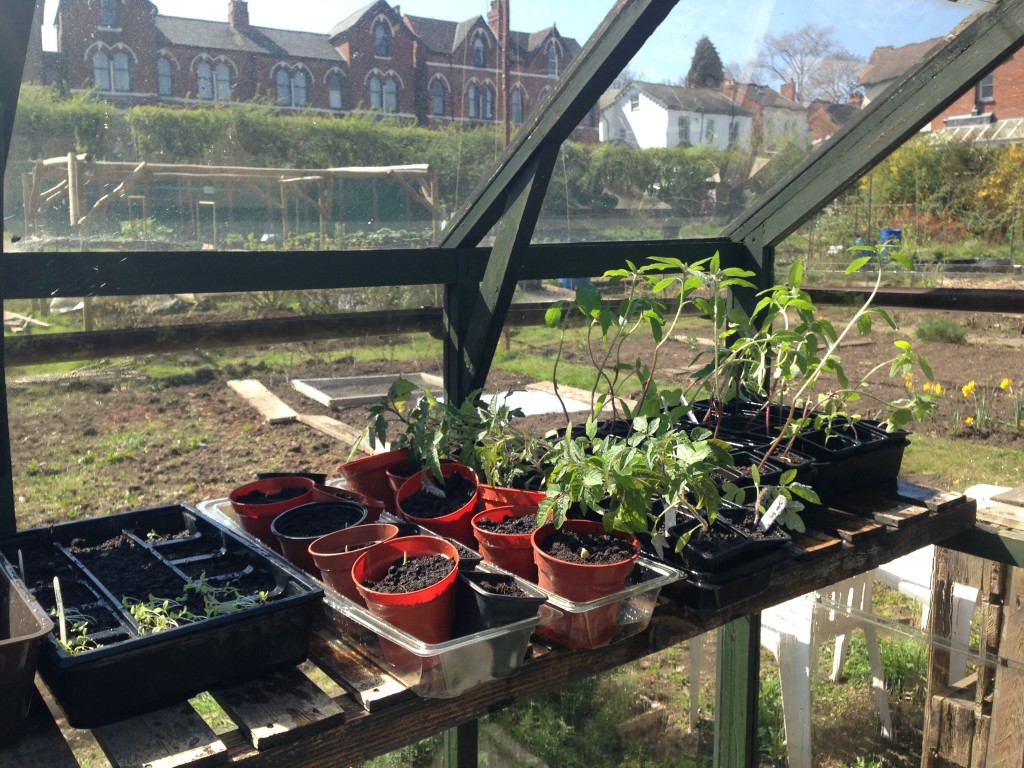 Another year begins in the greenhouse

Another fast mover is the hop. I reckon this seemingly innocuous plant could take over the world; it’s already up to my mid-thigh and was barely a tiny shoot at Easter. The same can not be said for the broad beans which, despite being in flower, are laughably pathetic. 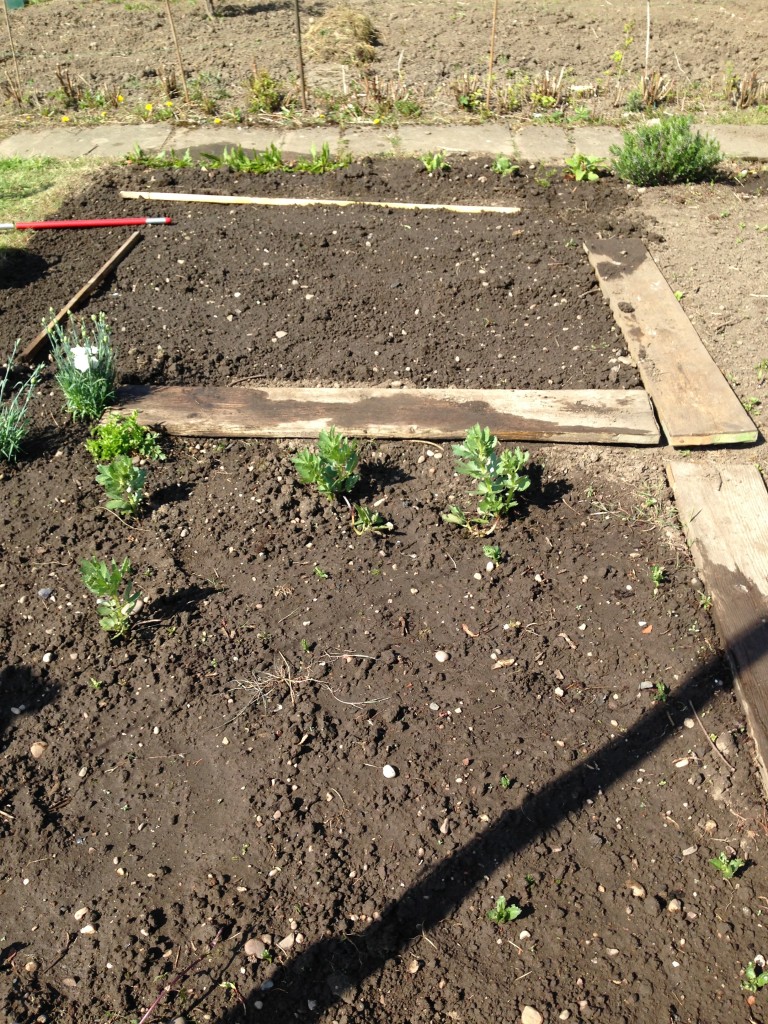 Of the seeds planted at Easter, only two brave little kale seedlings are through (I need to get on with sorting out a bird-protection system). Compared to a fortnight ago, when the ground was soft and yielding, today it is caked and hard, like the top of a chocolate pudding. I forked over an area to accommodate carrots, parsnips and spring onions, scattered the seed, and hoped for the best. This is the triumph of hope over experience – last year none, repeat NONE, of the carrots germinated and I had to re-sow most of our other seeds in May after the early lot failed.

To join them, I planted three pinks, which are in flower too early but whose scent take me straight back to my mother’s garden in Worcestershire. 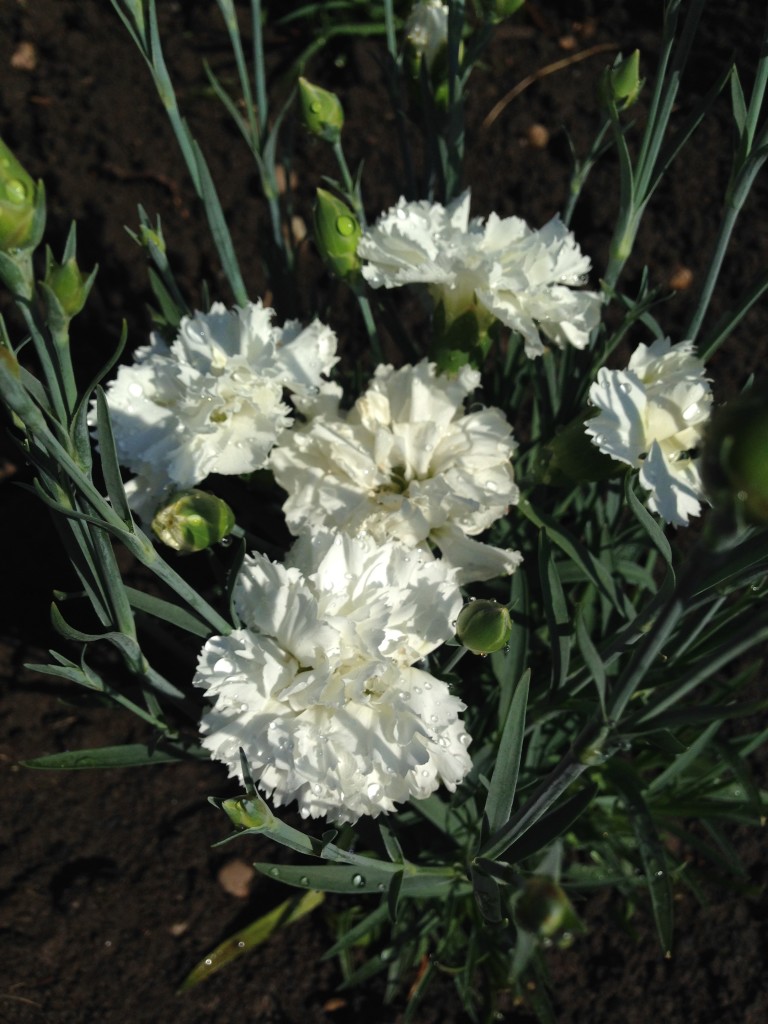 Dianthus, or pinks, are a classic flower of the cottage garden

PSB, sorrel and lollo rosso outside, still in seedtrays