I’ve been reading up on baby weaning lately and in so-doing, was prompted to revisit Nigella Lawson’s How to Eat. There’s a chapter buried in the back devoted to the feeding of babies….ten days later I’ve yet to get to said chapter for it turns out that this is the most distracting of books, a calming balm for the sleep-deprived cook. 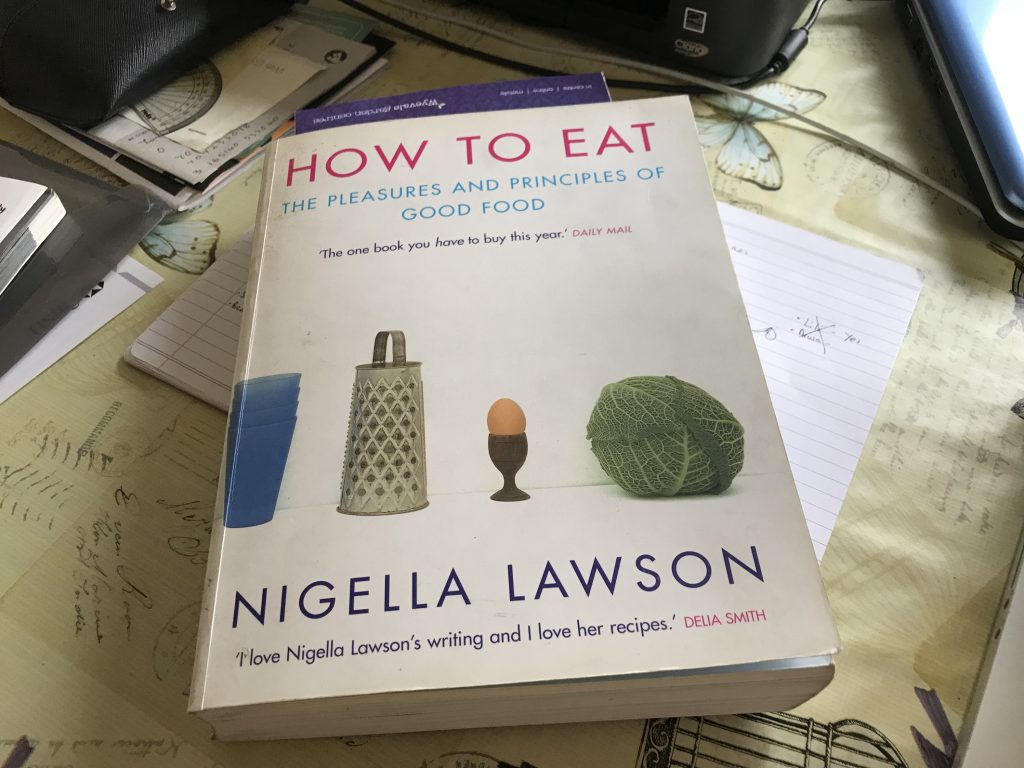 Putting to one side the fact that Nigella drops into her introduction that she wrote How to Eat whilst pregnant / nursing (note, this is a whopper of a book with 500+ pages of dense prose. Already I feel inadequate, as I consider it a success if I manage to check my email in the course of a day, never mind write a classic. I suppose being monied helps), I am struck by how ahead of its time How to Eat was. The pages are full of foods that, as a student in 1998, I had heard of but would never dream to encounter: pomegranate molasses, marsala, quince. There is talk of Lebanese supermarkets and popping out for brioche and challah. Meat comes not with a dollop of mash, but with chick pea’d couscous and polenta.

At the time I felt myself to be terribly unsophisticated for not cooking like this on a daily basis (I was, but then so was 99.99% of the population). This was the food of the London sophisticate, recorded unapologetically, in a fashion that is now unpopular in the age of austerity and clean eating. I think I can thank Nigella for widening my culinary horizons… Twenty years on I can remember making some of her dishes – including walking three miles to the Co-op to try to find an aubergine (they didn’t have any) – and was beside myself the first time that I went to an actual real life Lebanese supermarket (it was in north London in about 2006 and the celery was amazing, in full leaf like the most over-the-top floral display).

In homage to Nigella, here’s her clementine cake, which I first made for a New Year’s Eve gathering in the early 2000s. It manages to be sweet but with an element of bitter, which comes from the inclusion of the whole fruit in the batter. I wasn’t so keen on it then, but I now prefer bakes that aren’t too sweet and I think it’s marvellous. Incidentally Sarah Raven has a similar cake in her Garden Cookbook, which I also turn to from time to time.

Clementine Cake
From Nigella Lawson’s How to Eat

First, put 5 clementines in a saucepan and simmer for about two hours, until completely soft. Leave to go cold, then remove any bits of stalk and pips, and whizz to a pulp in the food processor. 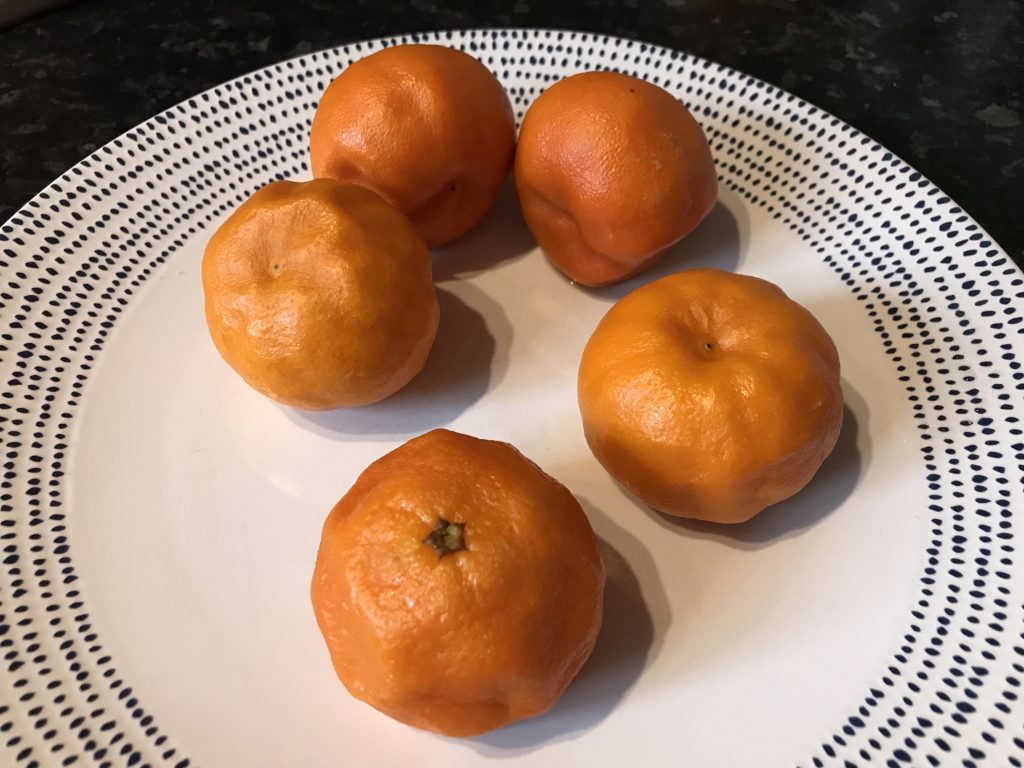 Simmer five clementines until totally soft then whizz to a pulp

Next, oil and line a 21cm springform tin and preheat the oven to 180c. Beat 6 eggs until just combined, then add 225g caster sugar, 250g almonds and 1 teaspoon baking powder. (If you’re short on almonds, you can use 150g almonds and 100g plain flour or, even better, a mixture of almonds and breadcrumbs. The cake will be lighter in texture but still good.) Stir in the orange pulp. 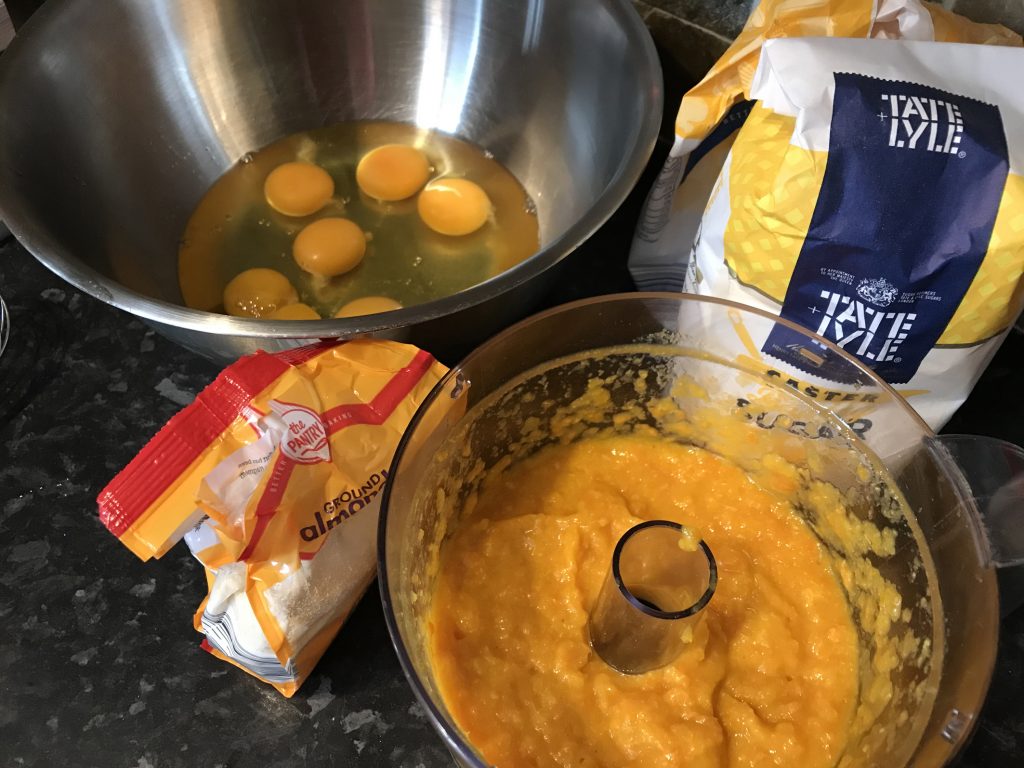 As well as your clementine pulp, have ready eggs, almonds and caster sugar (& baking powder, not shown) 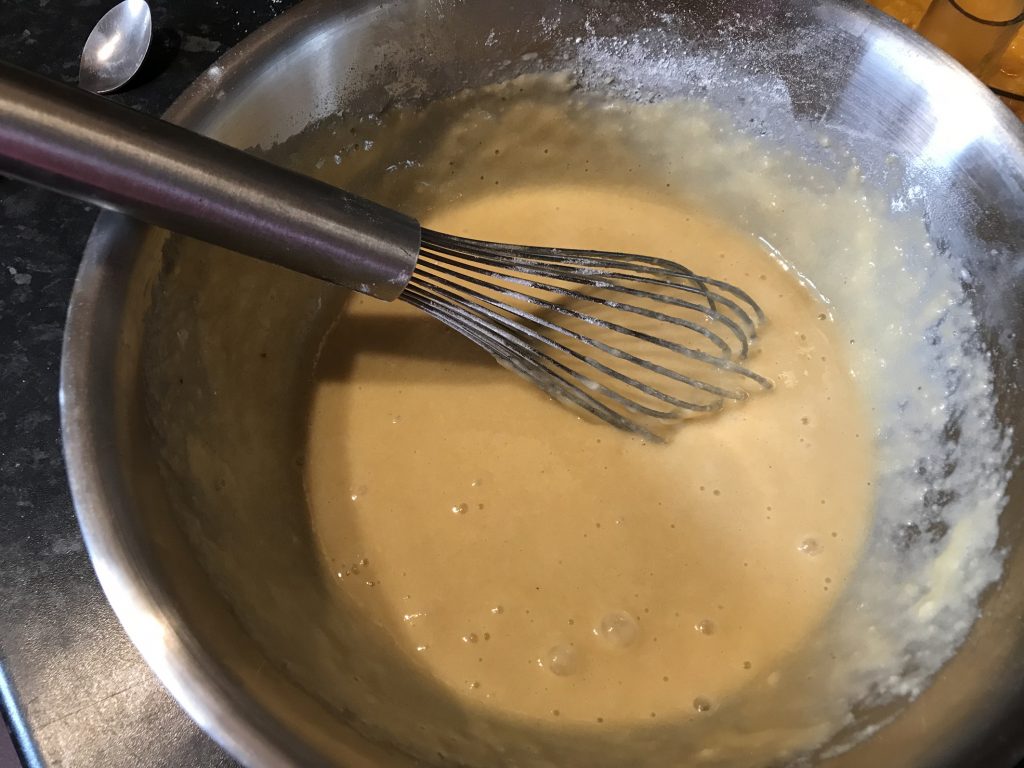 Whisk eggs with the sugar and almonds 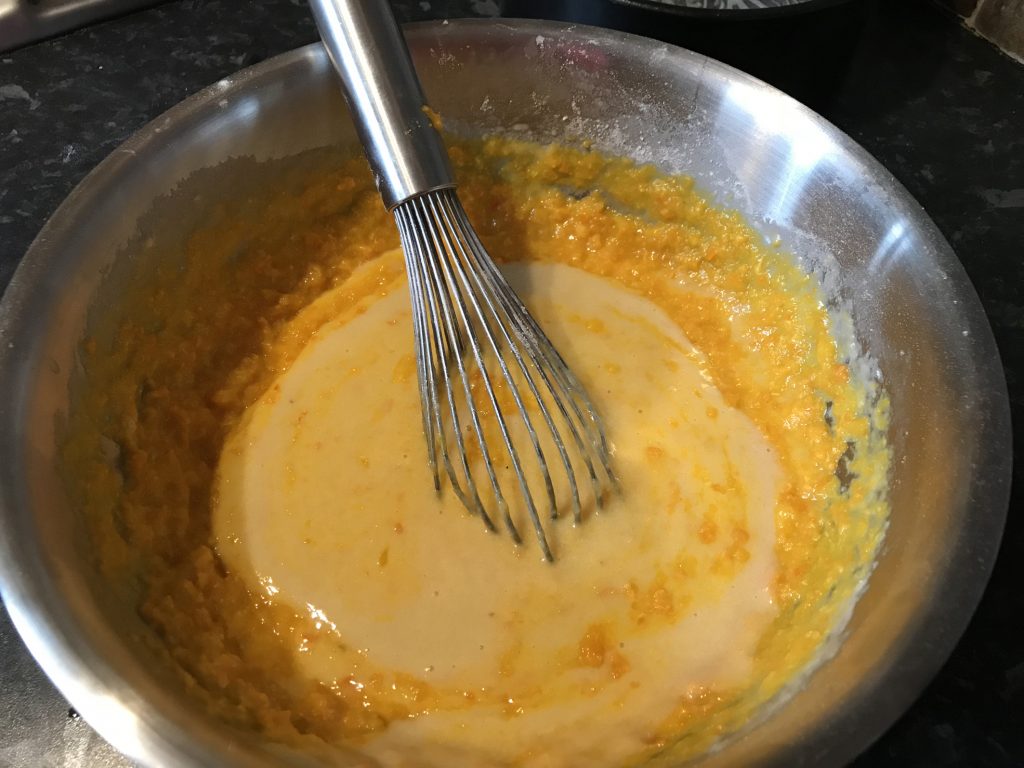 Pour the lot into the tin and bake for about an hour. The cake will likely need to be covered with foil after about 40 minutes to stop it browning too much. Cool in the tin and then turn out, to be served naked or with cream and a dollop of fruit (rhubarb compote would be excellent). 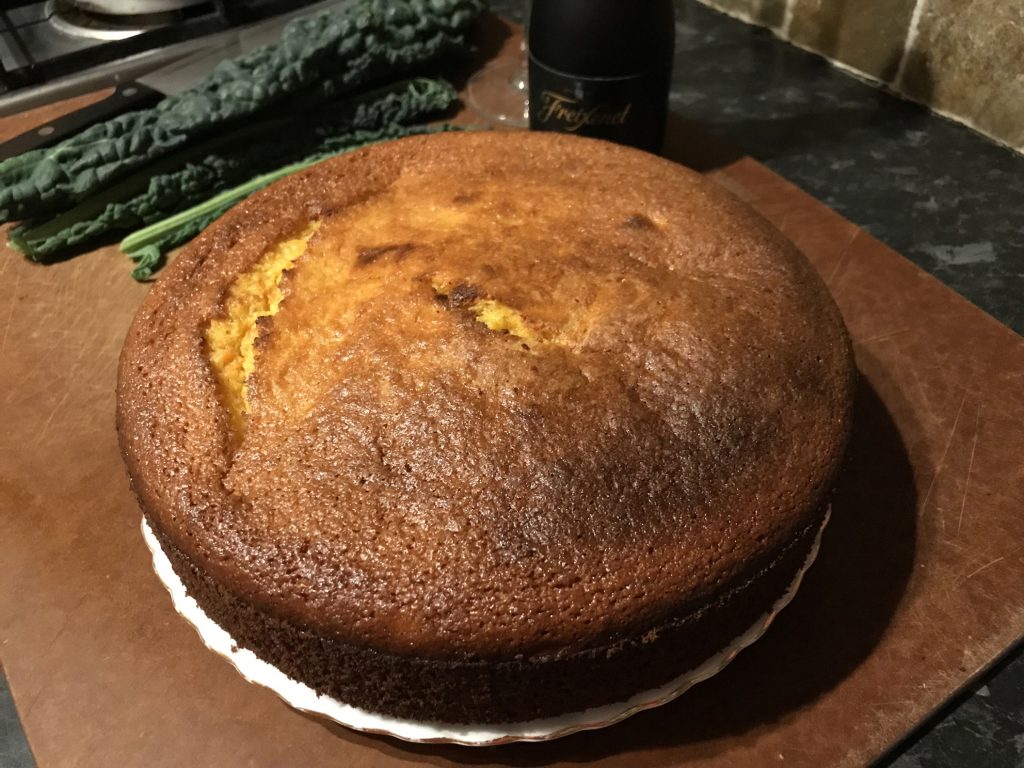 Once baked – a not-too-sweet cake for tea or pudding