The holidays are a distant memory now aren’t they? Those few precious days of still, thoughtful calm have been replaced with To Do lists (and they are long), emails and the general drudgery of January. Our festive season ended with a birthday dinner for my Mum, who has hit her 70th year with style. And I mean that: I’ve been looking at pictures from a decade ago and the men in the family now look, well, ten years older. The girls, on the other hand, are wearing pretty well, all told. Happy birthday Mum! 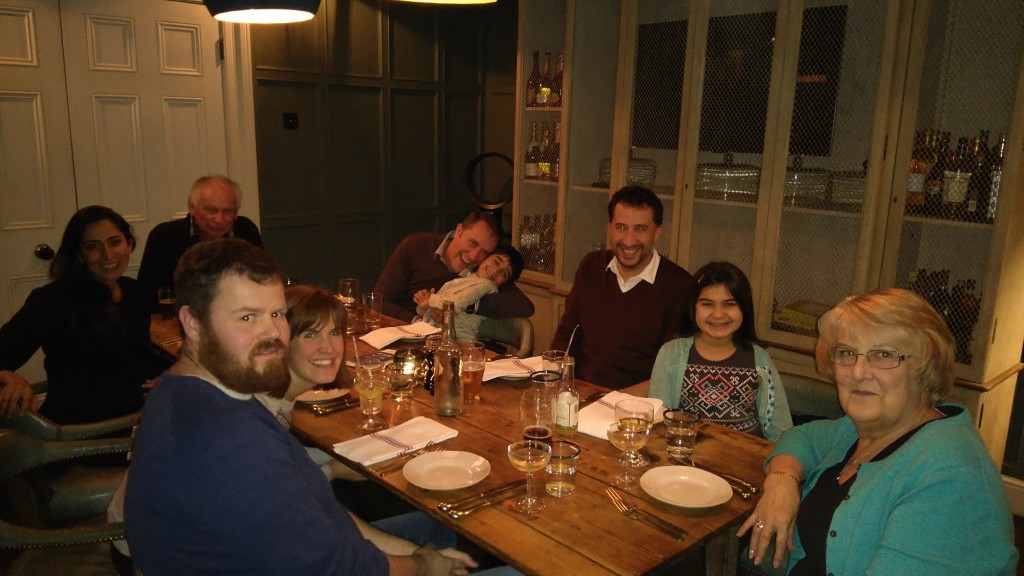 I am struggling with the lack of light. It’s not so much that the days are grey, it’s just that we live in a really, really dark house. No wonder the Victorian period is remembered as being a big grim: living in brick terraced houses like this, with no electric light and no heating, they must have been depressed for half the year. If Charles Dickens had had the LED bulb, what a difference it might have made to our perceptions of 19th century living…

Don’t misunderstand me: I love our house. But it is undeniably nicer in summer. My remedy for this is to get on with some home repair (the living room got repainted this weekend) and to cook, cook, cook.

So I turned to that personification of sunshine, Bill Granger, for a breakfast bake that he recommends “for days when you’d rather be in the Caribbean”. I’ve been making this coconut bread for a few years but it’s only now that I’ve tried it with fresh coconut. What a difference it makes! So get yourself a ripe fresh ‘nut, prepare and blitz it as described in my beef rendang recipe, and then you’re good to go. This bread is in the American style of quick, baking-powder-raised sweet loaves. I serve it in thick slices, toasted, with a slick of butter, ricotta or – brace yourself – Nutella.

Preheat the oven to 180c and grease and line a large loaf tin.

In a jug, melt together 75g unsalted butter and 300ml milk. Leave to cool slightly, then whisk in 2 large eggs and 1 teaspoon vanilla extract. Gradually stir the liquid into the dry ingredients, until the mixture is just smooth. It is quick a stiff mixture. Don’t overmix, else you’ll have a tough loaf.

Pour the batter into the tin and bake for 1 hour, until a skewer inserted into the centre comes out clean. I like to check the bake after 30 minutes and move it around in the oven, to prevent it catching in my oven’s hot spots. It is appears to be browning too quickly, cover with foil during baking.

Cool in the tin for five minutes then remove to a wire rack to cool completely. Keeps pleasingly well in a tin for a week or so, or it can also be frozen.

One thought on “Coconut bread”