It’s 1st September which means that officially summer is over, but (I think) it’s now that the season reaches its peak. Evidence: the hot yellow of sunflowers and sweetcorn; an abundance of autumn raspberries and gnarly tomatoes; armfuls of garish dahlias and in-your-face chrysanthemums. Plus there’s still warm sunshine, as enjoyed by this new visitor to the back garden. 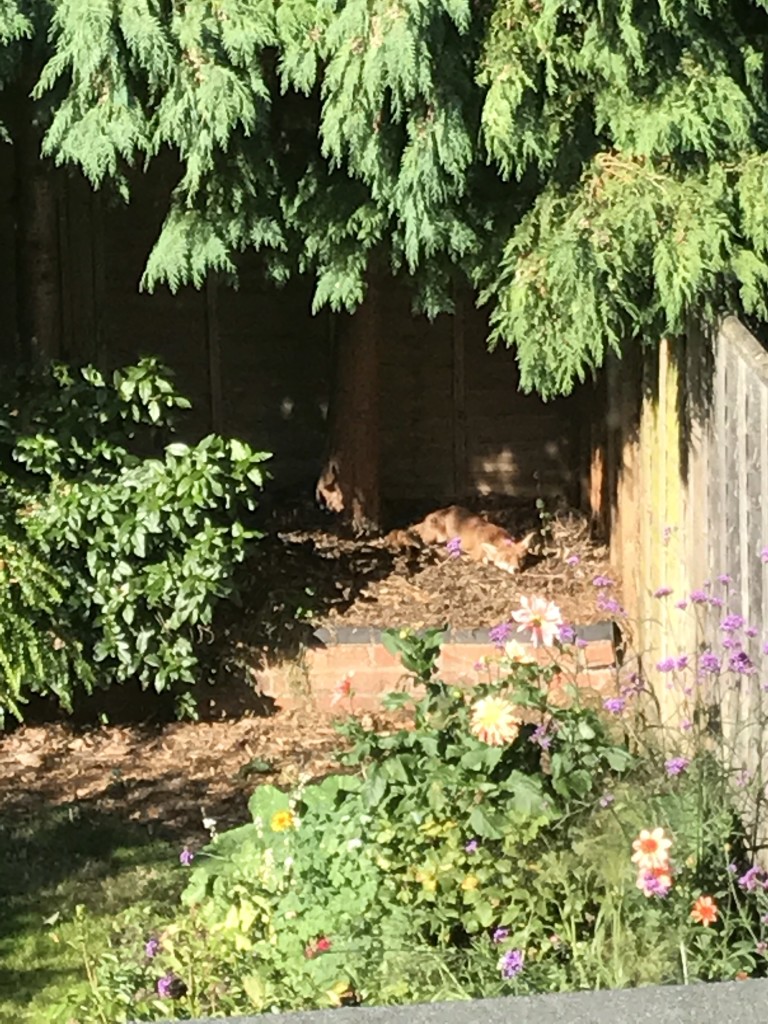 The other thing about the tail-end of August and start of September is that the entire world is on holiday, meaning that work calms down. I officially finished for maternity leave yesterday (not that I like it; it’s a difficult thing, passing one’s hard-earned contracts onto other people) and Matt’s finally found time to build a new worktop for the utility room alongside other, more creative, projects. 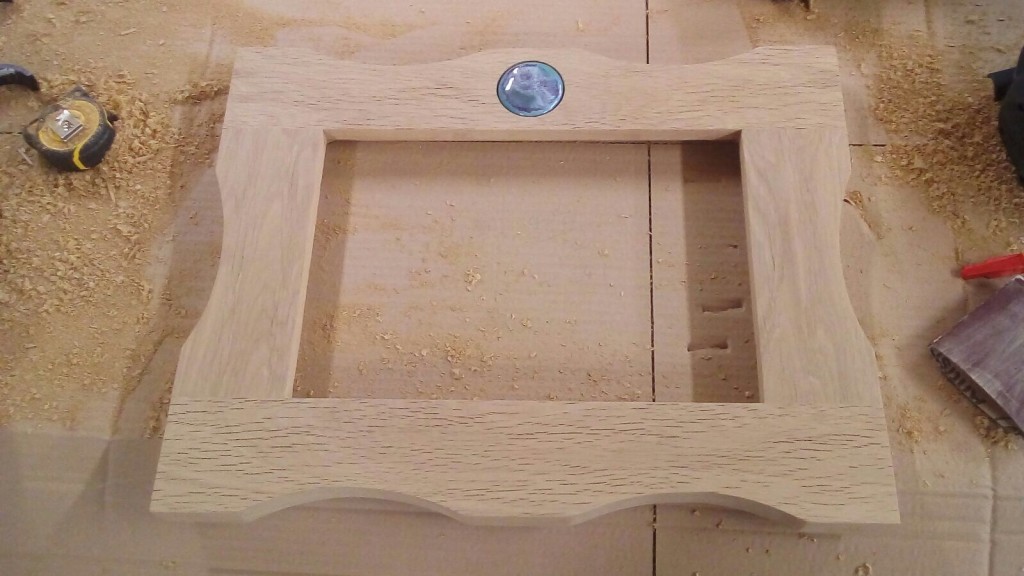 My focus for the next week or two needs to be dialling down Professional Brain and ramping up Home Brain. Time and again I’ve seen my friends go through this as they approach birth – the need to prepare for the shift in identity that comes with motherhood. The allotment might just be a helpful tool to help stay grounded. 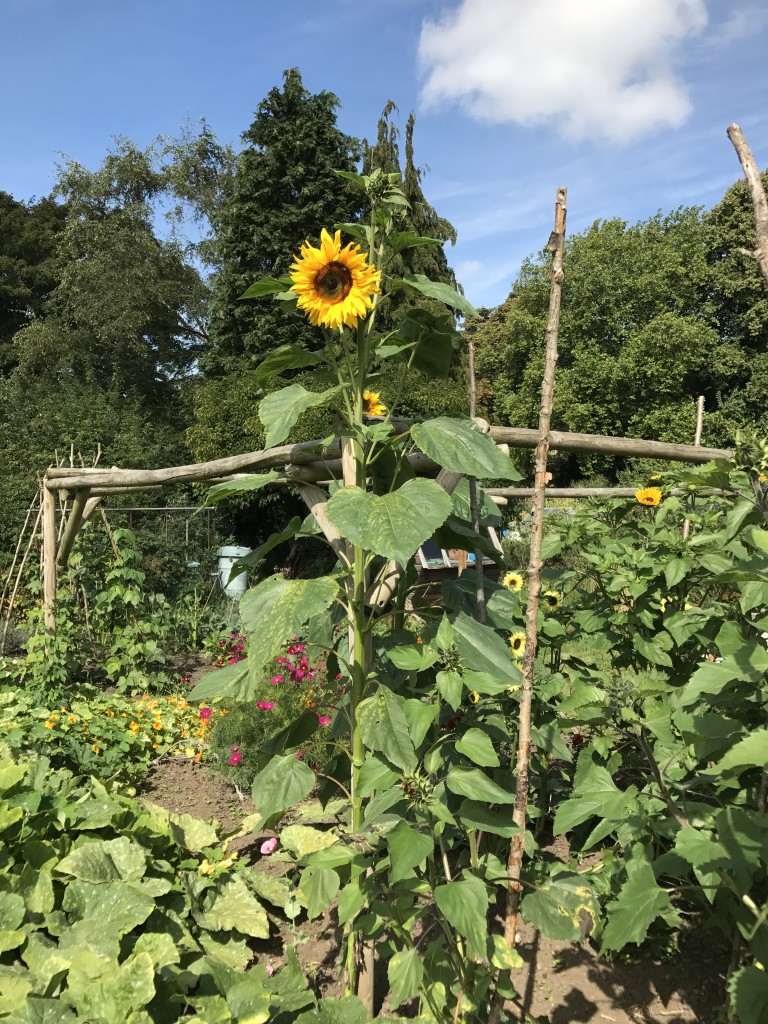 Proof! The sunflowers have finally thrived! 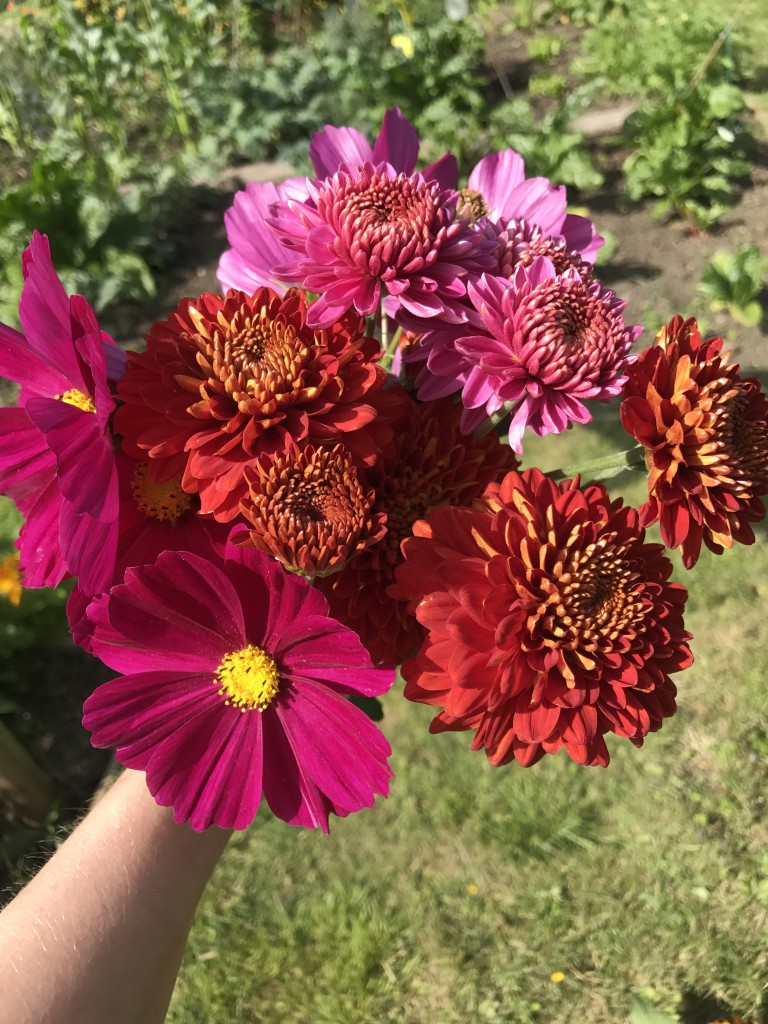 I picked a few kilos of hot-red Fiorentina tomatoes this week, now piled up in an orange wicker basket in the kitchen. Together with the smooth red toms that arrived from my Mum’s greenhouse, it’s (hurray!) tomato glut time! I’ve been cooking up passata for the freezer, but my favourite recipe for these home-grown toms is to enjoy them barely cooked and tossed with pasta, brimming with basil and garlic, a dish so simple that I hesitate to call it a recipe. 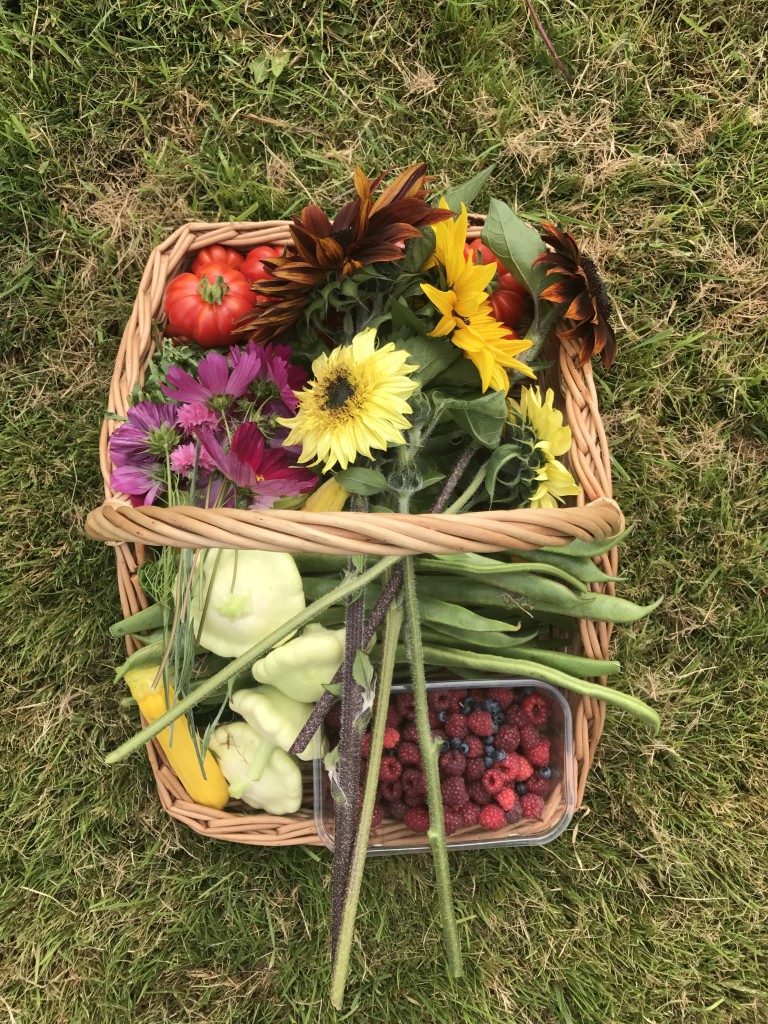 …and the same from my Mum’s veg patch

I only make this when I have really good, fragrant, fresh tomatoes that have never seen the inside of a fridge. It takes 10 minutes from start to finish.

Fresh tomato pasta, to feed one:

Bring a big pot of salted water to the boil and add a fistful of spaghetti. Whilst the pasta is cooking, roughly dice 6 or 7 fat, red, ripe tomatoes, and smash and chop 1 or 2 cloves of garlic.

Warm a decent glug of olive oil in a frying pan and gently warm the garlic through. Once the fragrance rises, slide in the tomatoes and cook over a low heat for a scant five minutes. Season with salt and pepper.

As soon as the spaghetti reaches the al dente stage, use tongs to transfer it directly to the tomatoes and add a ladle or two of cooking water to the pan. Toss together and cook for a further minute, so that the pasta, tomatoes and water emulsify and become one. You’ll know this point when you see it.

Finally, toss through a handful of ripped basil and serve with heaps of parmesan.