The April weather is set to trick us, and after a beautifully warm and sunny week, last night we were treated to strong wind and frost. It’s amazing that the blossoms survive such an onslaught, but they do. The streets of Birmingham are currently awash with blasts of bright yellow colour.

A friend said to me yesterday that she’d heard about our spot of “land” and said she’d love to grow veg but wouldn’t know where to start. I don’t know where to start either. We just plod along, slowly and surely, working it out as we go along. (I like to think that it’s a metaphor for life.)

Currently, this means getting rid of the carpet of grassy-weed and reclaiming the beds. The strawberry patch I dug over last weekend has now been covered in black matting, left here by the previous owner, providing a cosy duvet for 15 new young plants (they went in after this picture was taken). Any weed that dares set foot (root) anywhere around here will be exterminated pronto. Reclaimed black matting for the strawberries

Meanwhile Matt has been to work on the old raspberry patch. Last autumn this was smothered in knotweed and great tufty bushes of irritatingly-healthy grass. It’s all got to come out, as does the small grass path which separated the raspberries from the main veg patch. It’s vile work, heavy and slow going. But when it’s done we’ll have a good few square metres of extra growing space. 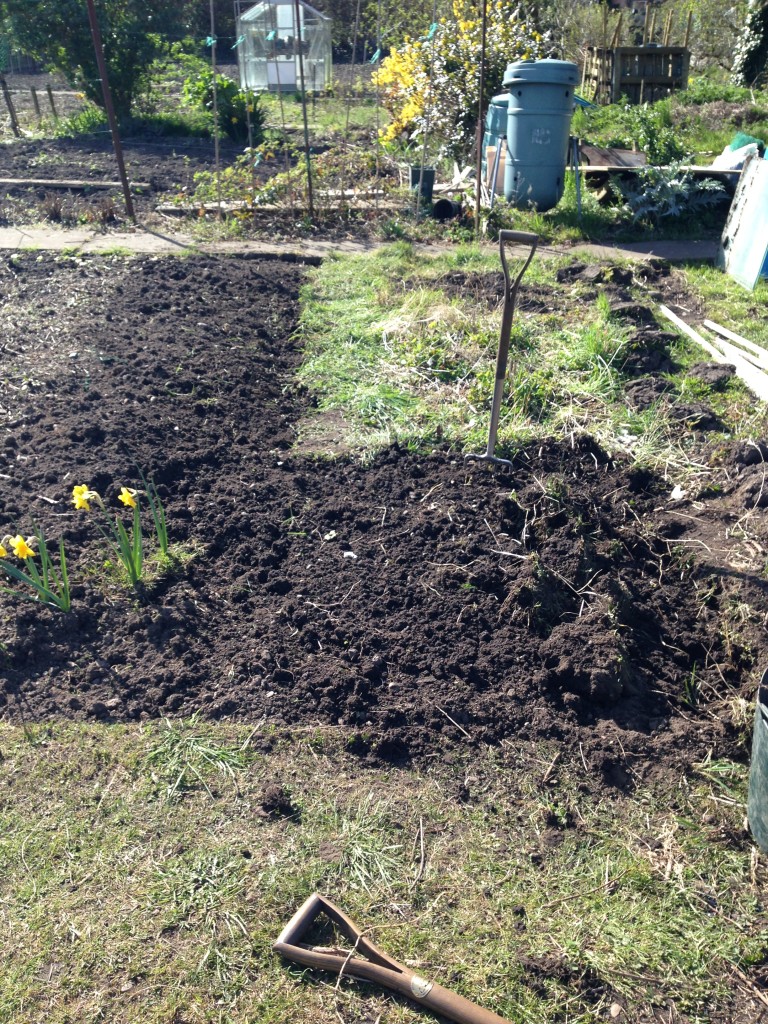 I’ve also been cleaning the greenhouse and tidying up the herbs. But we can’t have work alone. It’s seed sowing time! A few weeks ago I promised myself I’d hold off sowing anything until May as last year I went in too early and they all failed. What did grow, the pigeon scoffed.

I am not keeping to my promise, and now half the ‘summer’ patch is filled with greens and salad crops: chard, spinach, beets (I use these for their tops, hence they are classified as a green), russian kale, cima di rapa and peashoots. If they don’t work, well, c’est la vie, I’ll try again in a month or two. 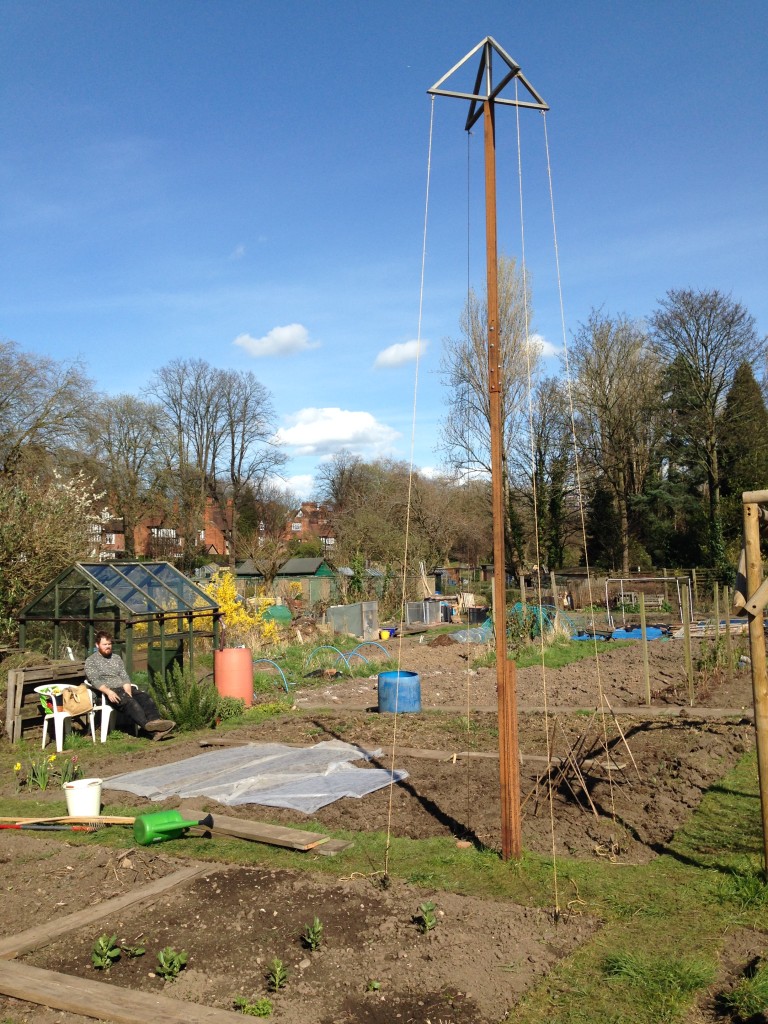 I need to devise a method for keeping the birds off the seedlings; the fleece on this picture lasted less than a day before the strong winds destroyed it. Many alotmenters use a makeshift cage made from semi-circles of blue water piping covered with netting, which does the job, but personally I think looks ugly. One for contemplation for a week or two until (if) the seeds germinate.

Outside, we feel like farmers. Inside, the flat is filled with seed trays and pots, every level surface claimed by something or other. I have yet to work out precisely how many of anything to grow so am urging on the side of caution and have probably got far too much of everything. Grow you buggers!