There’s a famous Crowded House song that tells of the changeable weather in New Zealand:

The sun shines on the black clouds hanging over the domain
Even when you’re feeling warm
The temperature could drop away
Like four seasons in one day.

Lyrics that could easily apply to England in April 2016. What is going on with this crazy weather? Through glass the sun is HOT (temperatures hitting 35c+ in my greenhouse) but then blink and suddenly it’s snowing, or at least sleeting. My late afternoon visit to the allotment resulted in freezing fingers and reddened cheeks.

It’s difficult weather for veg and flower growing as I have seedlings that need to be outside already. At the weekend I succumbed and planted out my overwintered sweet-peas, which were threatening to literally put down roots in the greenhouse unless given a new home. They’re surviving this week’s Arctic blasts cheerily enough, protected from the wind by some perspex squares salvaged from an art project, and cosseted with thorny branches to ward off the pigeon.

The lettuces aren’t doing so well – the lollo rosso looks suspiciously slimy – but the spinach actually looks happier now than when I planted it out. Some veg do well for the cold weather, of course, and the parsnips and leeks (sowed one full year ago) look a heck of a lot better now than they did back in our warm, soggy autumn. 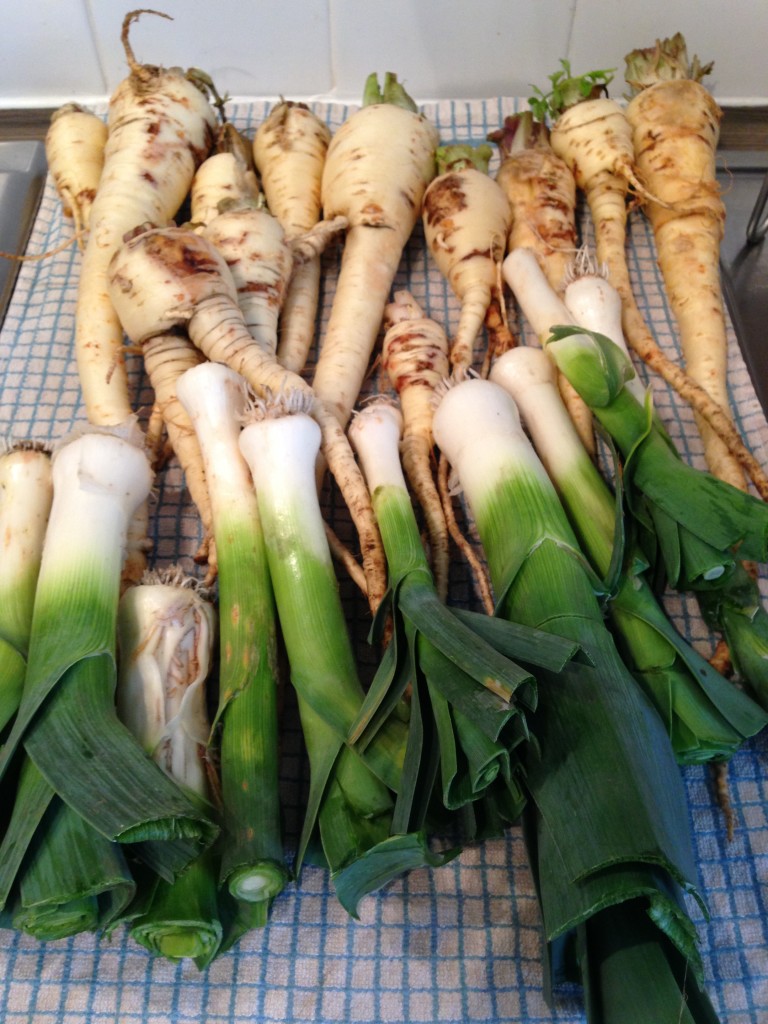 Last of 2015’s leeks and parsnips, better now than in the autumn

But spring is apparently here: I have tulips in bloom and the cherry tree outside our flat is tinged with delicate pink blossom. It was St George’s day at the weekend, the traditional start of the English asparagus season, and so today I took a VERY circuitous route home from a meeting to track down some of Evesham’s finest. 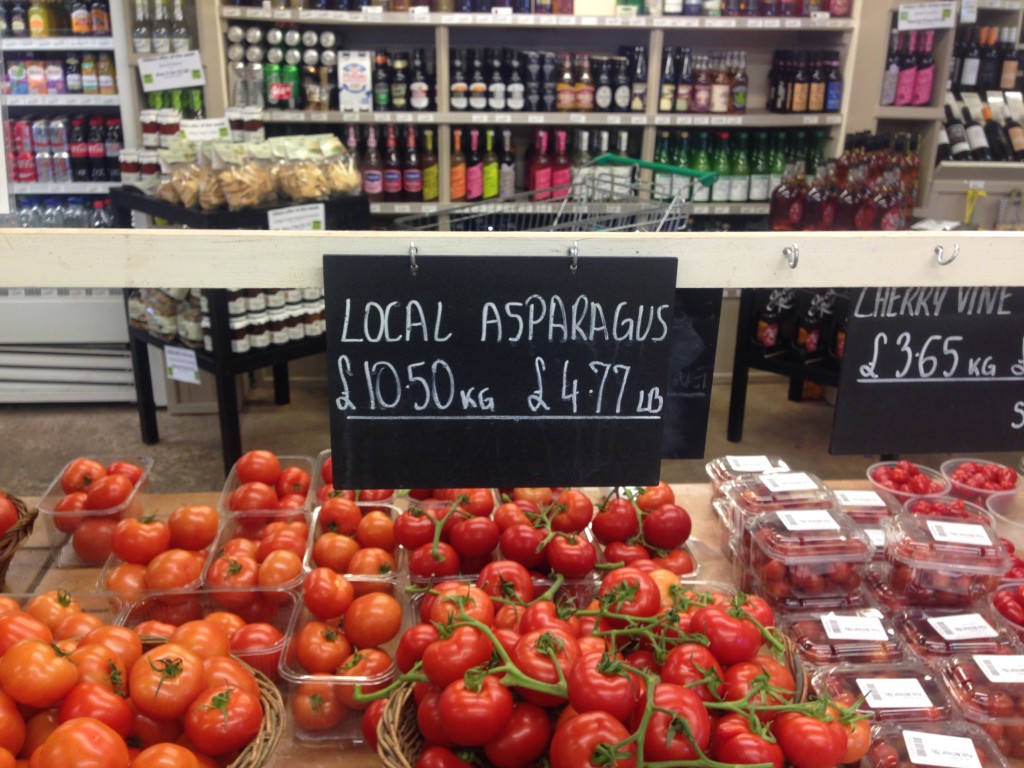 Evesham asparagus is back in the farmshops, but expect to flash a bit of cash 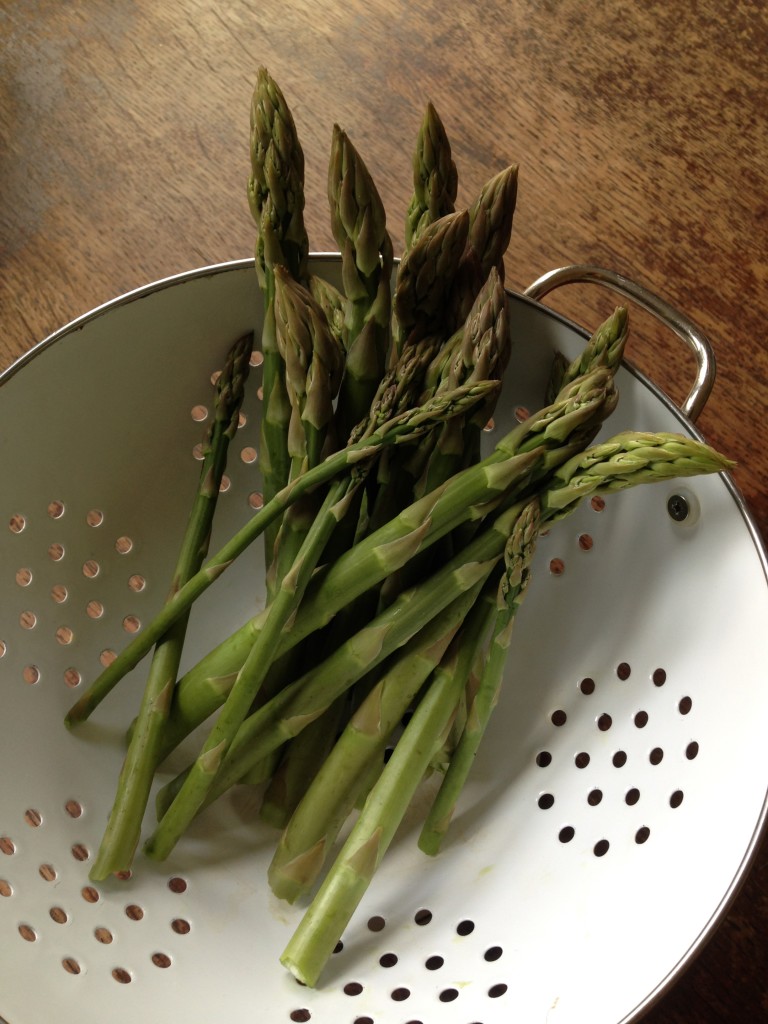 New season grass – a culinary highpoint of the year

Two bunches of asparagus set me back the princely sum of £9.66 and even the seasoned assistant in the farm shop took a sharp intake of breath. I don’t care. It’s NEW SEASON ASPARAGUS…the first culinary highpoint of the year. These spears are to be lightly steamed and served with jersey royals that I will toss in butter and anoint with sorrel from the allotment.

In other allotment news, I’ve planted out the potatoes and direct sown various kales and brassicas (I want to see how these lot do against the ones that I’m raising under glass). Oh! And we’ve got hold of some guttering to see if it does indeed make a happy home for salad plants. Keep you posted.

ps. Dear reader, we have a mortgage and aim to move house in a few weeks. Thanks for all the nice messages to keep one’s chin up in the face of mortgage-madness.