I picked the first tomatoes yesterday. It should be a cause of celebration…but I had to resignedly chuck half of the ripe ones out. The reason? Caterpillars and rot. This summer has been terrible for the toms: it’s been too cold to get them really, flavourfully ripe; the temperature fluctuations have led to blossom-end rot on all the passatta varieties, and even more irritatingly, creepy-crawlies have been getting fat on my produce. They’re not just eating the leaves mind, but are setting up home in the actual tomatoes themselves. Who wants to pop a cherry tom in their mouth and get a surprise crunch of caterpillar? Not me! 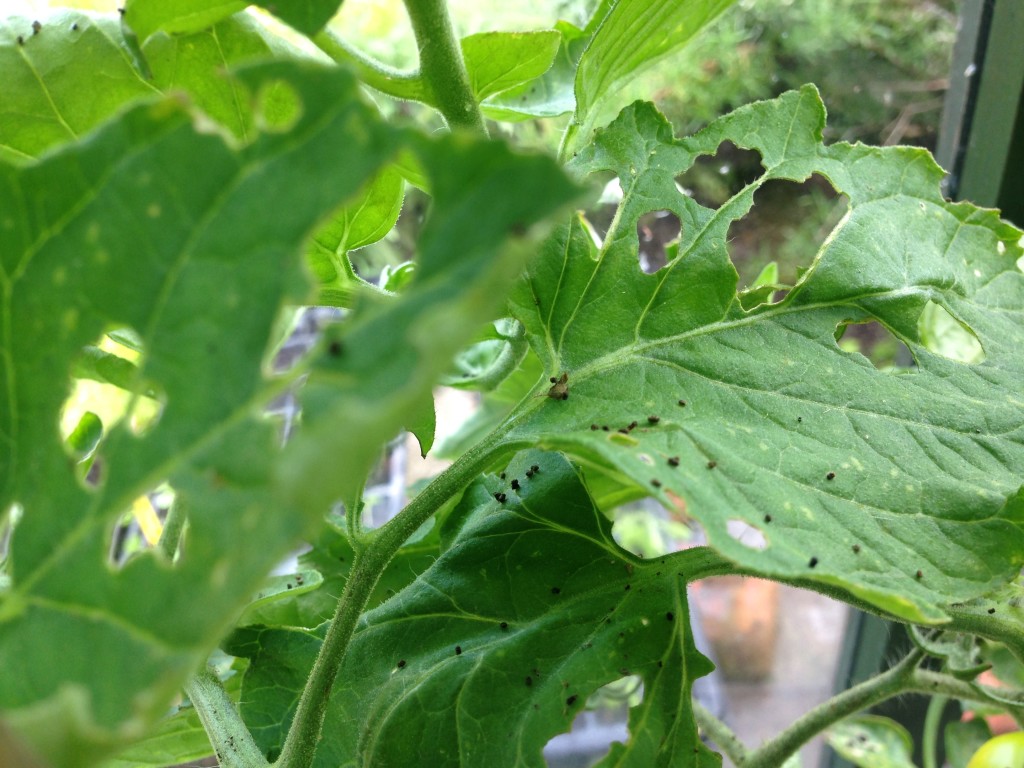 Tell-tale caterpillar poo. I’ve picked off about 10 caterpillars in the last week but the damage is done – who knew that caterpillars liked to eat tomatoes?! 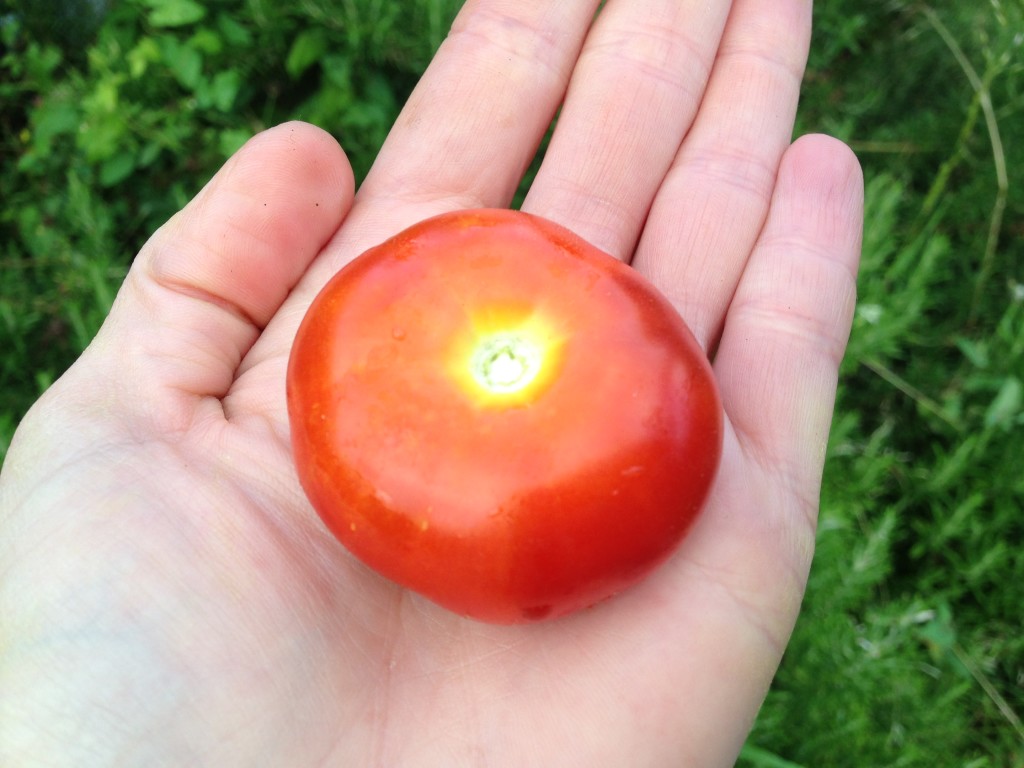 On the top, all is well… 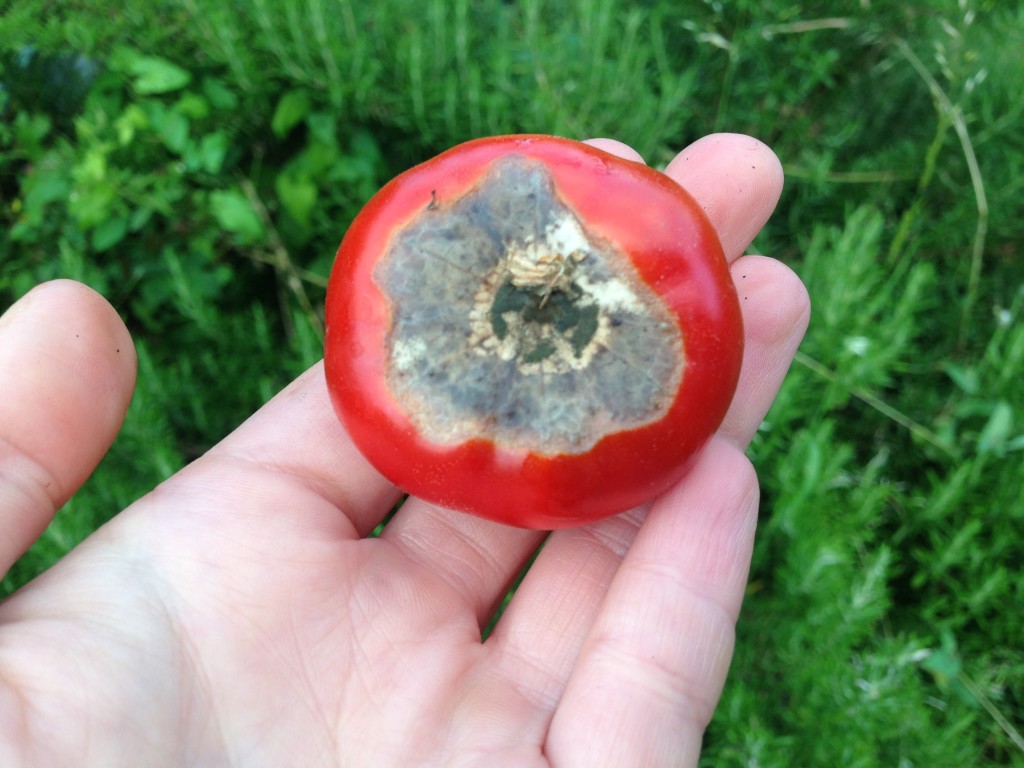 …but the bottom tells a different story

I’ve also got an issue with splitting, particularly on the Black Krim and Plum Cherry types. I think this is down to over-watering, or inconsistent heat. On the plus-side, there are still loads of green fruits so if we get a few weeks of heat then the later-ripening tomatoes might come good. 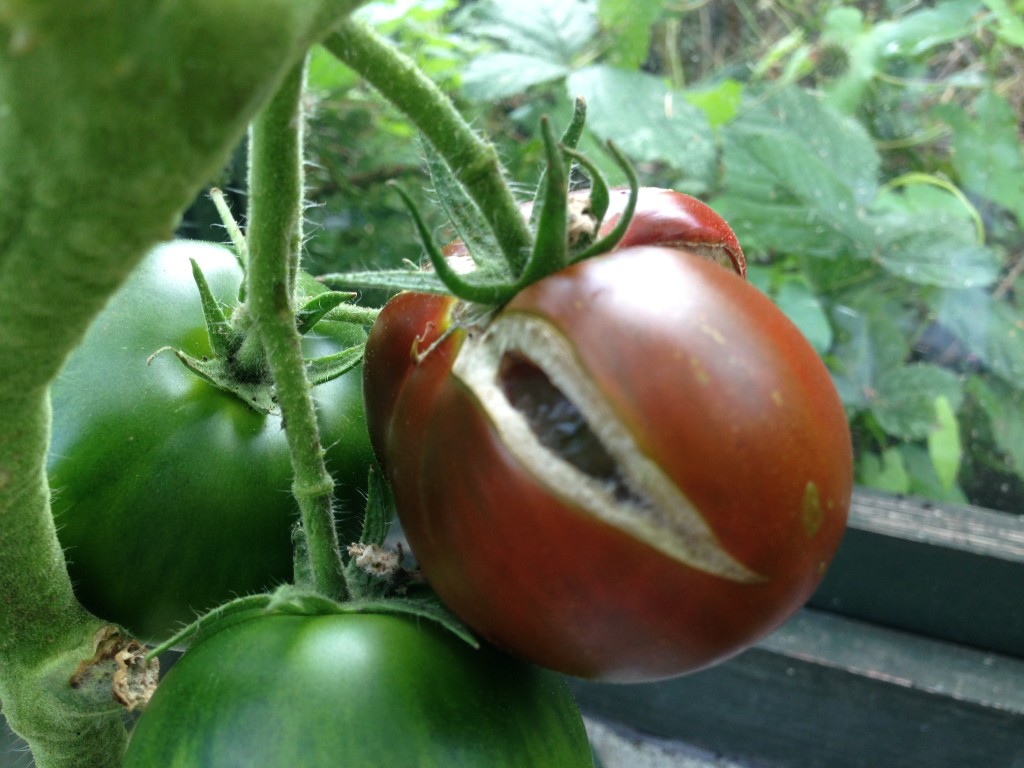 If they’ve not been eaten, or rotted, then they’ve split

The courgettes, on the other hand, are unstoppable. This week we’ve had courgette risotto, courgettes on toast, courgettes in pasta – I’ve yet to make courgette cake, but it’s a possibility. The climbing courgette Tromboncino (actually a variety of butternut squash) are not climbing particularly brilliantly, but the fruits are setting well. They look like creeping sea-monsters! I’m going to let them get big and then store them over-winter for cold-weather cooking. 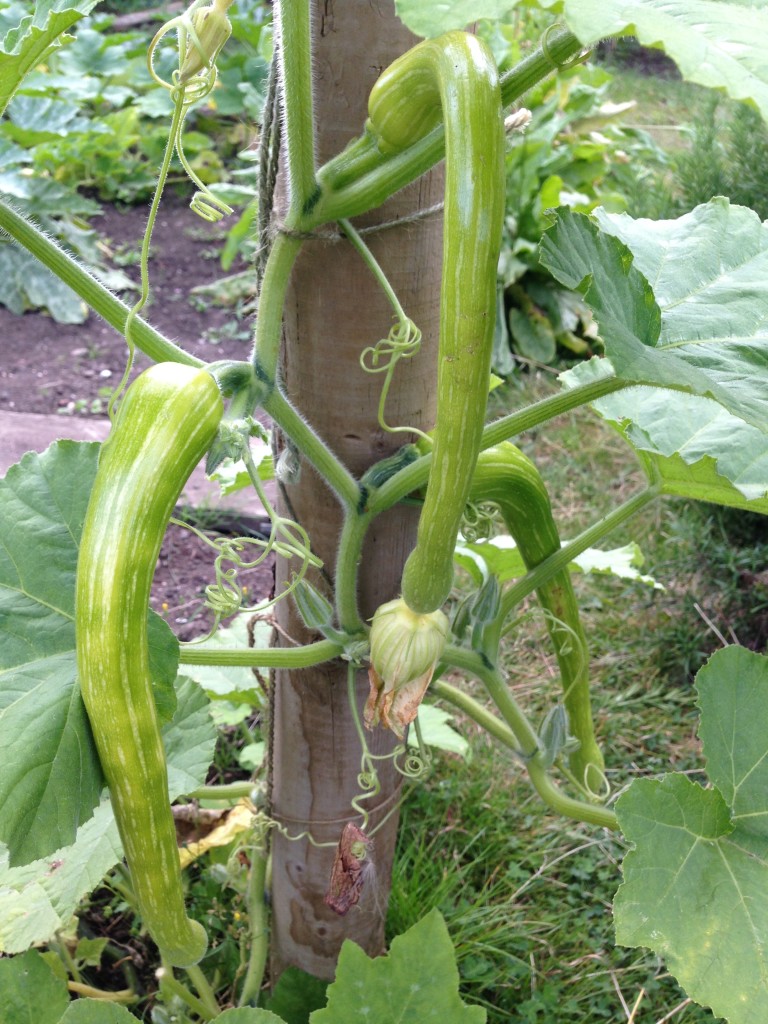 But we do have sea-monster squash! (Real name: Tromboncino)

The early blueberries got nibbled by a bird but we do finally have a crop, and the autumn raspberries are beginning to think about doing their thing. I’ve turned them into my blueberry crumble cake, lovely served warm with a dollop of thick cream. 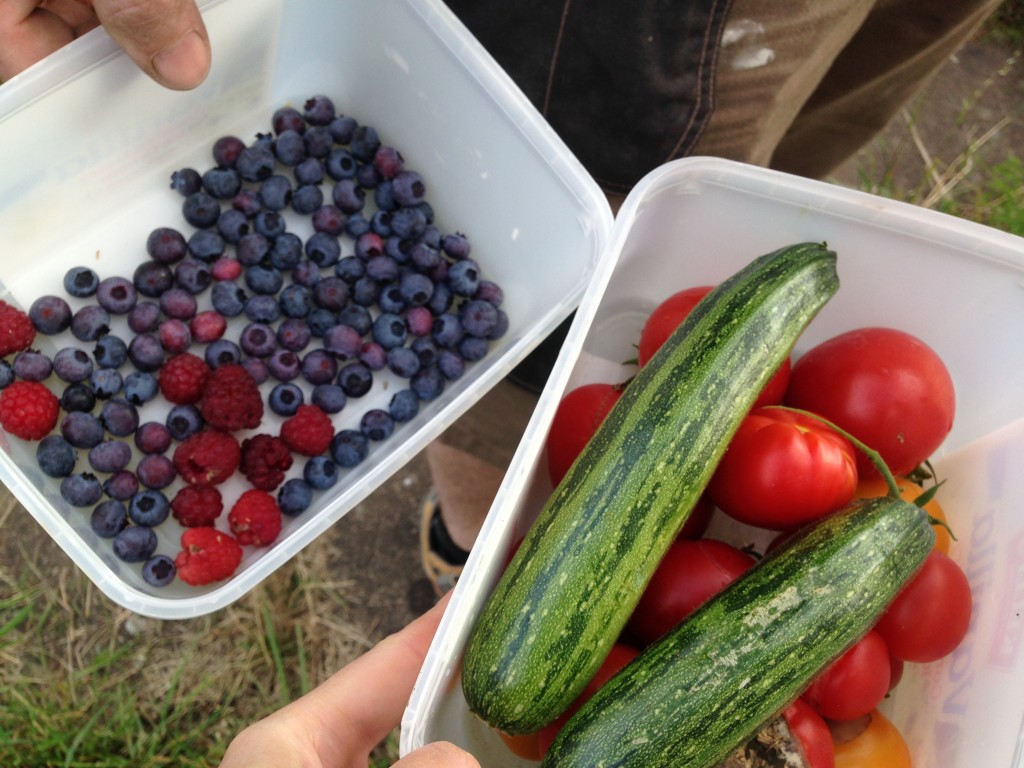