Children of the 1980s will remember how, in Home Alone, Macaulay Culkin sets about defending his house against a pair of robbers. He draws plans with his felt-tips, goes about making clever traps involving an iron and fire-crackers, then sits in wait. When the Wet Bandits finally turn up his plans work out OK….then they don’t….but then the old man neighbour turns up and saves the day.

Having an allotment is not dissimilar to this. I had a (felt-tip) plan; I’ve put the plan into action – seeds sown, architecture erected, pigeon-netting in place – and now we have to wait. Come high summer, we’ll know if the plan will come good. Inevitably, some things with work and others won’t. But when I get stuck, there will be a parent or opinionated allotment neighbour on hand who will know just what to do.

This weekend marked the true start of the season to me: with temperatures in the mid-teens, it was time to start the Great May Plant-Out. First up were the chrysanthemum cuttings, which have been lovingly tended by my Mum since December. Matt’s Grampy’s heirloom varieties and my favourite plants from last autumn have yielded in excess of 30 new plants – a plantation of crysanths! In they went, alongside some aster seedlings. I take no credit for any of this; Mum (and Grampy) did all the work. 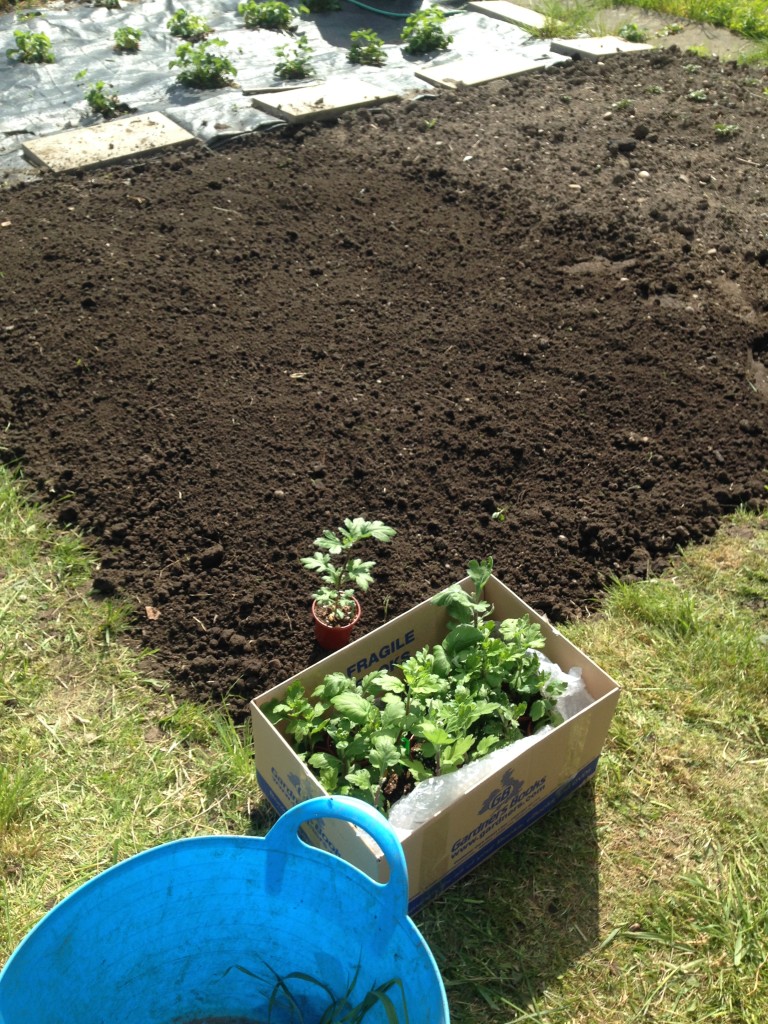 A box of crysanth cuttings… 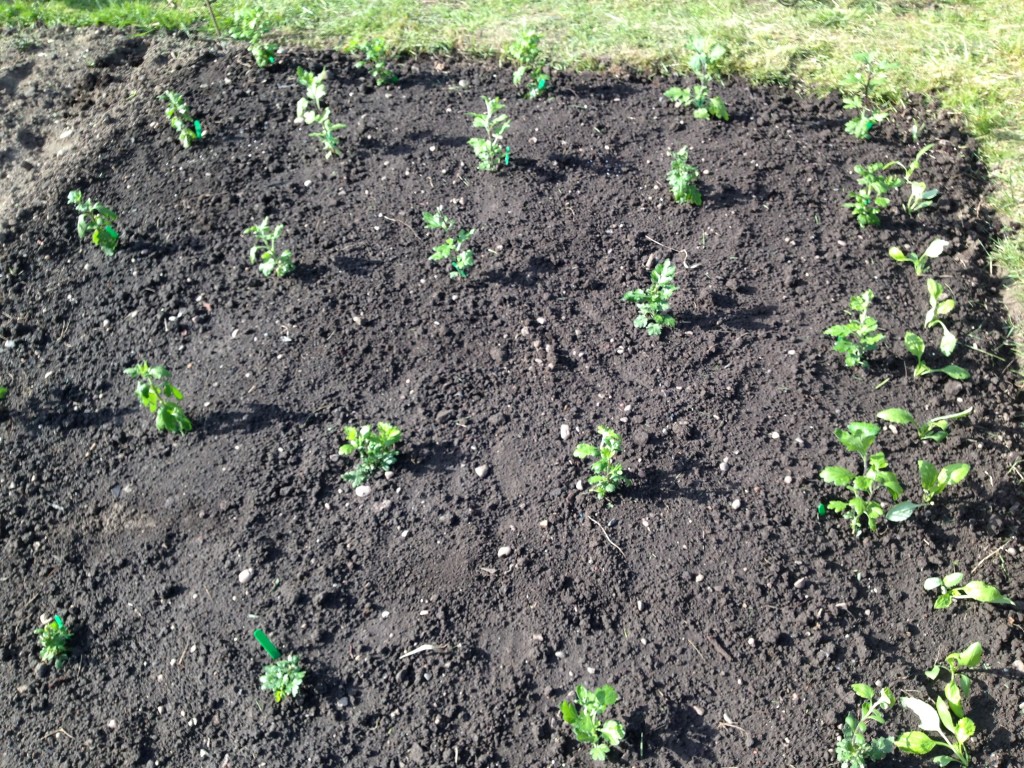 The climbing and borlotti beans I sowed back in March have become fabulously healthy plants. They’re now planted in, and this year they’re pigeon protected with netting. I will keep the net on for a few weeks until the plants are strong enough to withstand the greedy attackers. 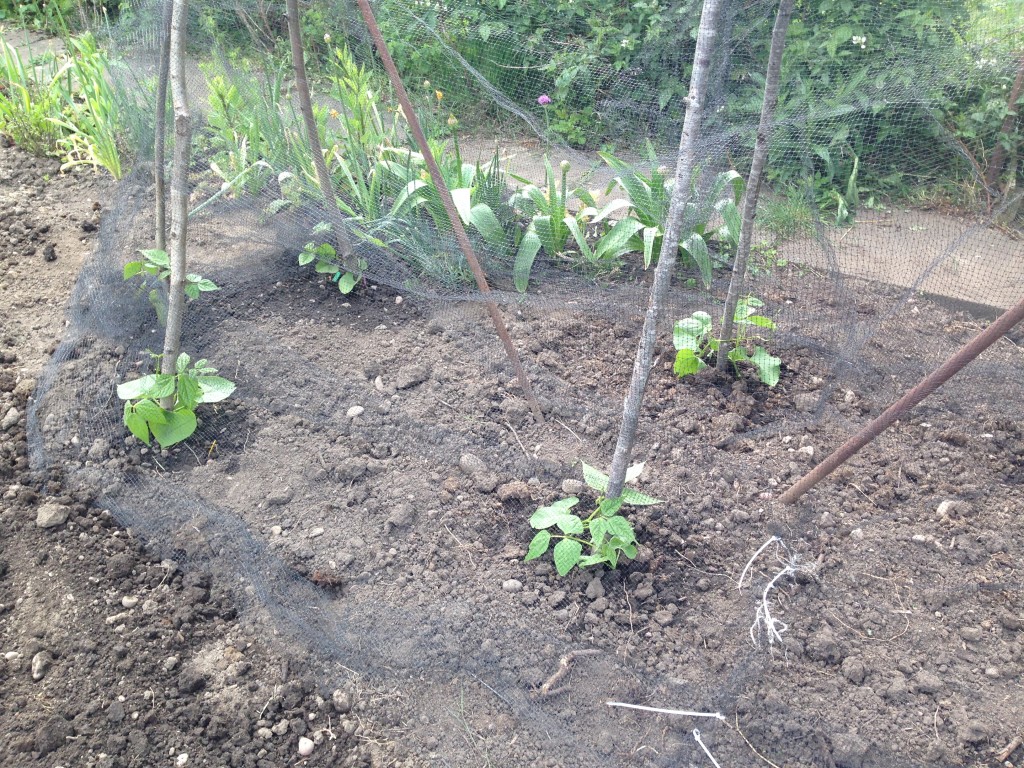 Climbing and borlotti beans are in and pigeon-proofed

The first of the cutting garden has also gone out – ammi, calendula and cosmos, planted under netting for support. 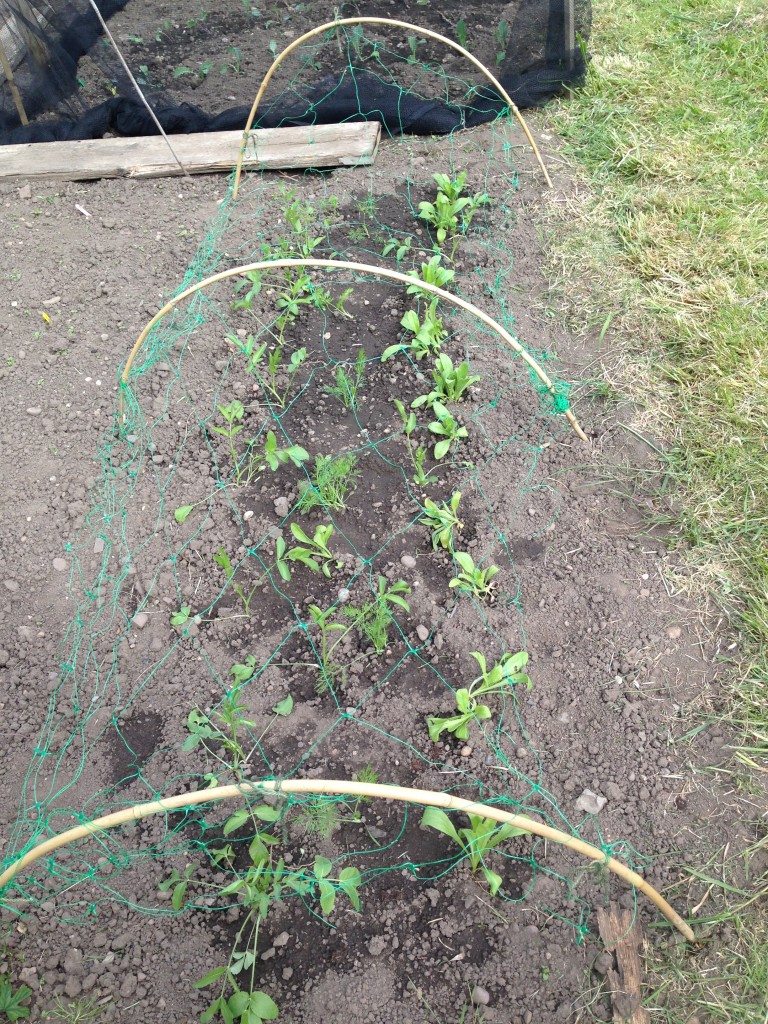 First of the hardy annuals are planted out, the start of the cutting garden

More netting, this time over the redcurrants, which are swelling by the day. Redcurrants have been netted against the birds

In the greenhouse, I had the miserable job of choosing 12 tomato plants to grow-on from the 24 that I’d raised from seed. How can one reject healthy plants?! Matt says to put the spares on the compost but that is simply unbearable. So now I am asking around friends – please, take a tomato plant! On Saturday my Dad performed his annual task of making a frame of canes for the tomatoes to grow up. They’re ready for it; the first flowers are in bud. 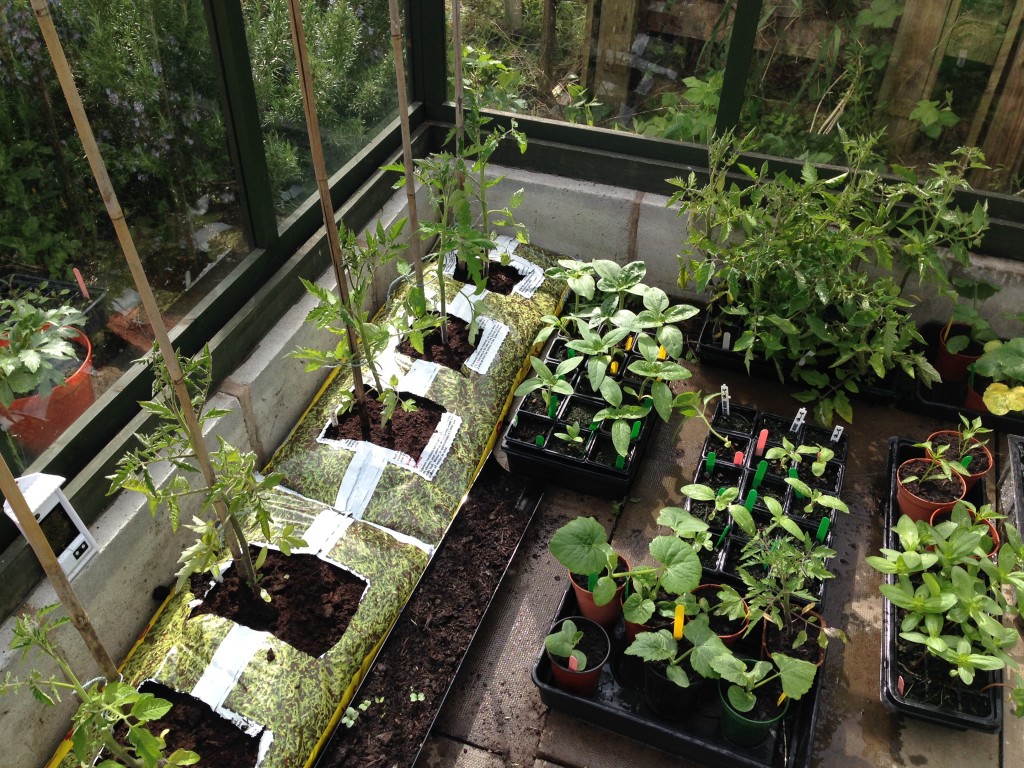 In the greenhouse, tomatoes have been planted into their final position, canes and all

So, after a weekend of graft, the grass is strimmed, the ground is forked, the first weeds are pulled. The potatoes have been earthed up. Will the plan come good? Summer, I’m ready for you. 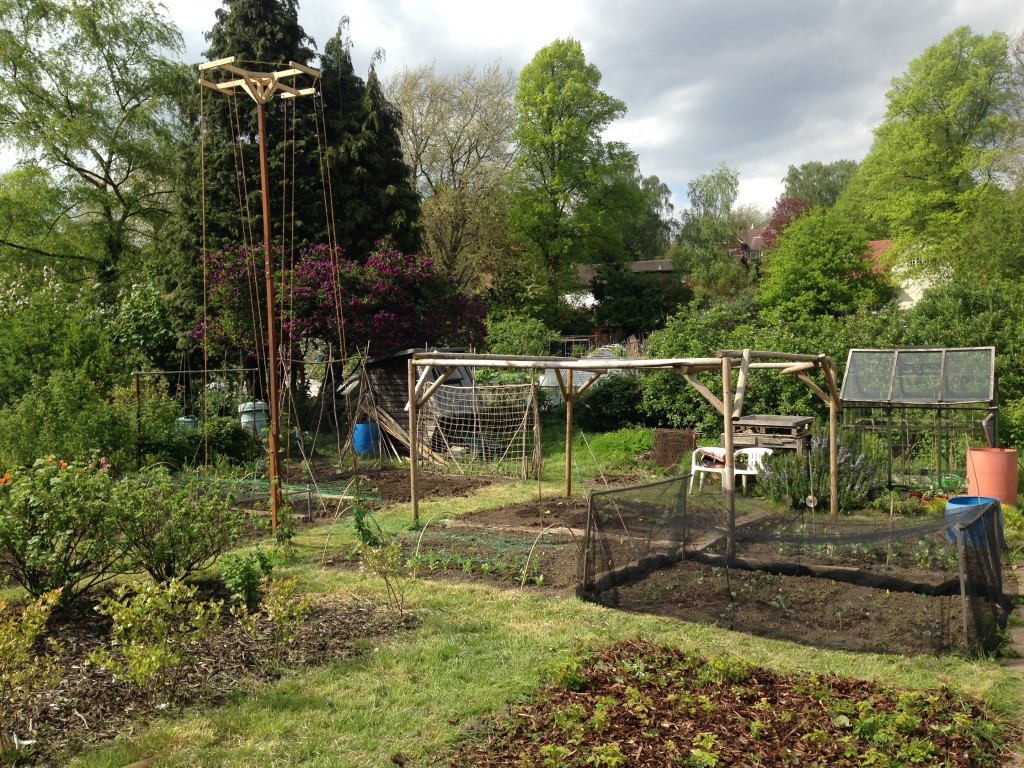