When did it last rain? A month ago? We’re into a second week of hot weather – too hot for me, I’m desperate for some drizzle and a cagoule – and the ground is rock hard. Well, the bit that I manured is; the non-manured bit resembles sand. But actually, given the searing temperatures and dry wind, things are holding up pretty well.

We had a reasonable crop of strawberries and loads of redcurrants, enough to make a good few pots of my favourite jam. Both fruits have finished now and attention will soon turn to the blackcurrants and blueberries, and thence to the masses of raspberries (we’re on a glut warning). 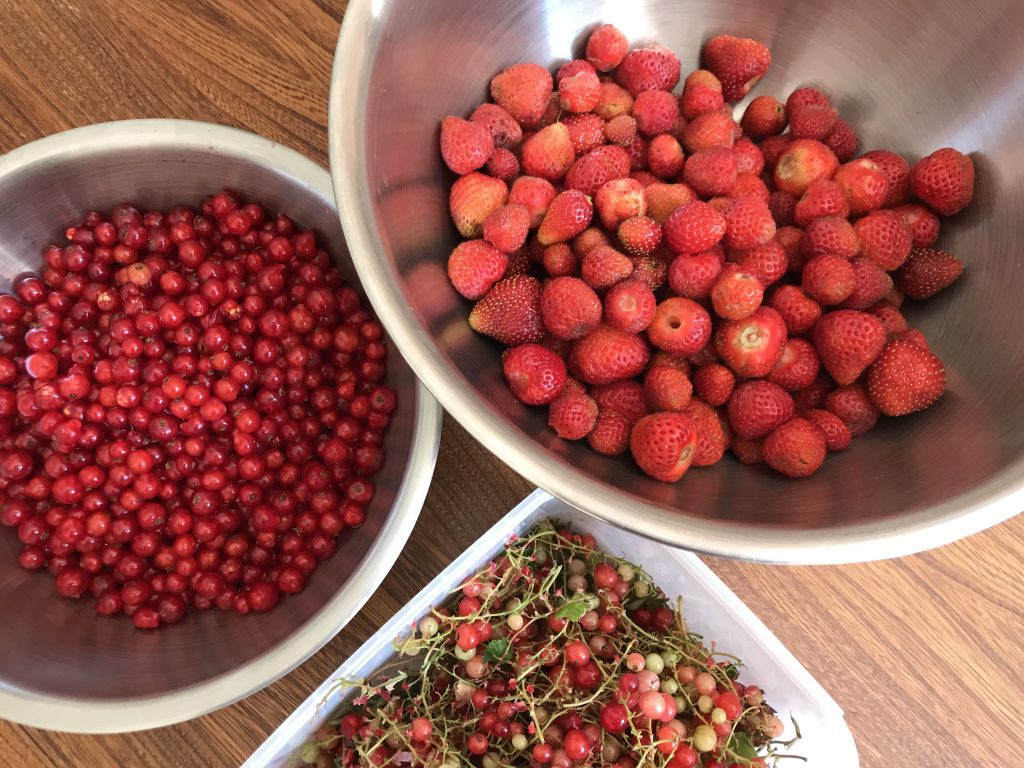 Redcurrants and strawberries for jamming

There’s fruit set on the tomatoes although a few of these tiny green swellings have already succumbed to rot, turning black and shrivelled. I’m hoping that it’s normal blossom end rot rather than blight and have trimmed back a few dodgy looking leaves to be on the safe side. 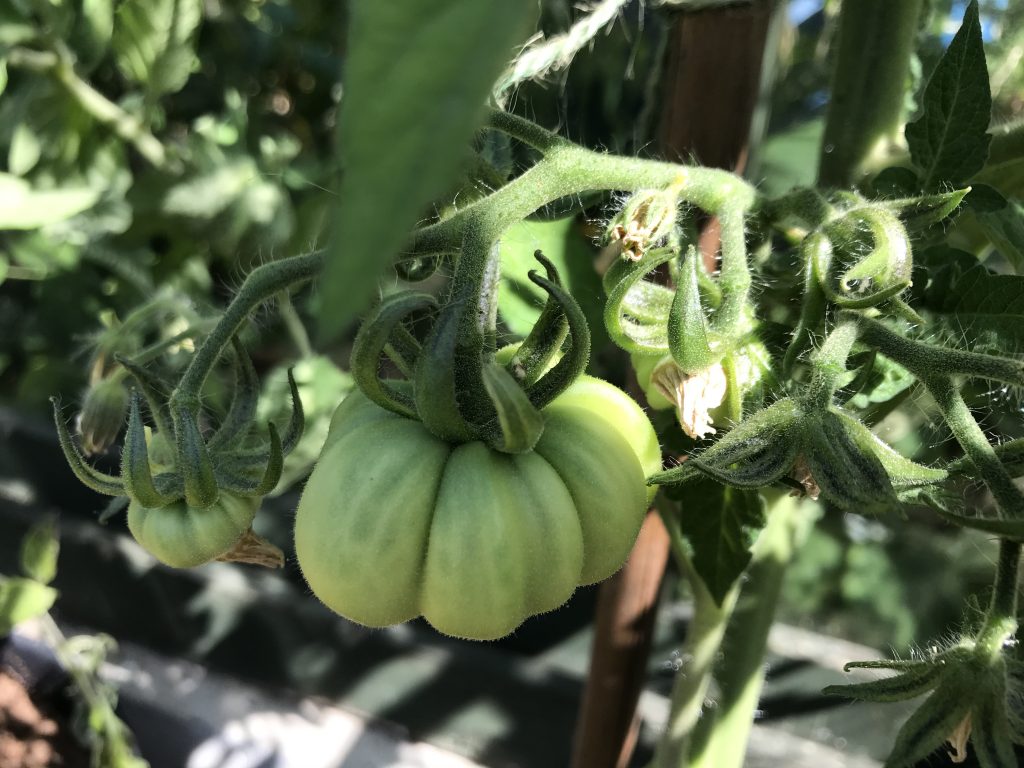 Fruit set on the tomatoes

Meanwhile the beans are at the top of the poles – success for the first time in YEARS! – and there’s tons of lettuce, chard and spinach to be had. We’ve got the first of the courgettes and loads of edible flowers: borage, nasturtium, violas. Beautiful fresh, healthy, goodness-giving food. 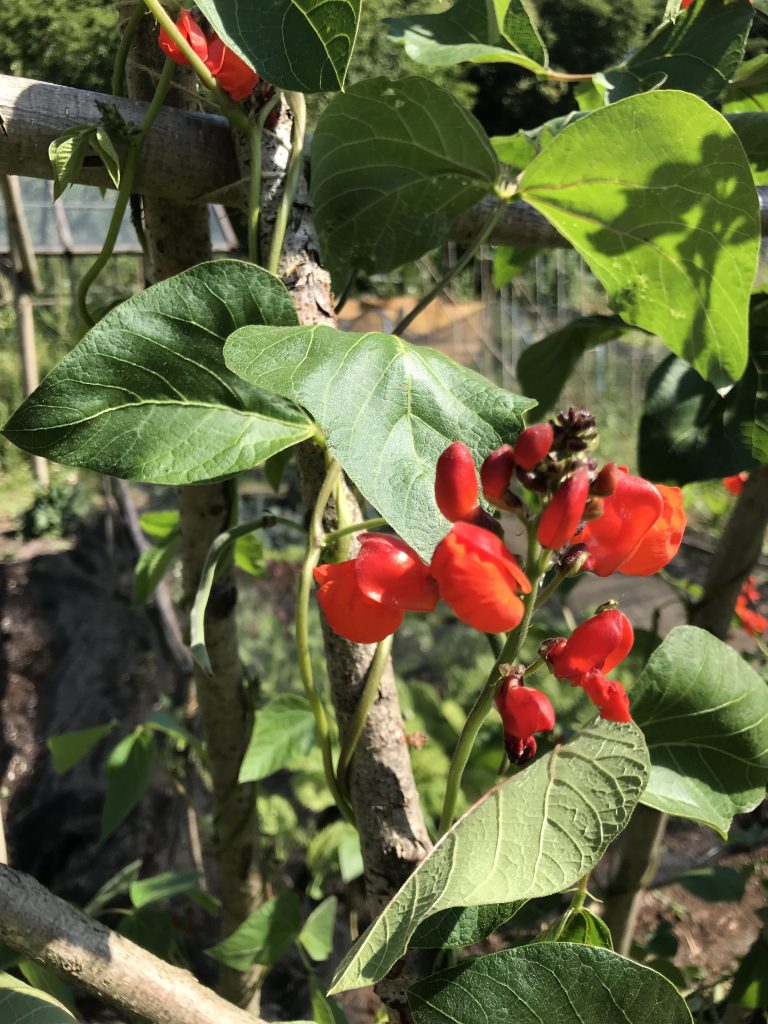 Beautiful blooms on the beans 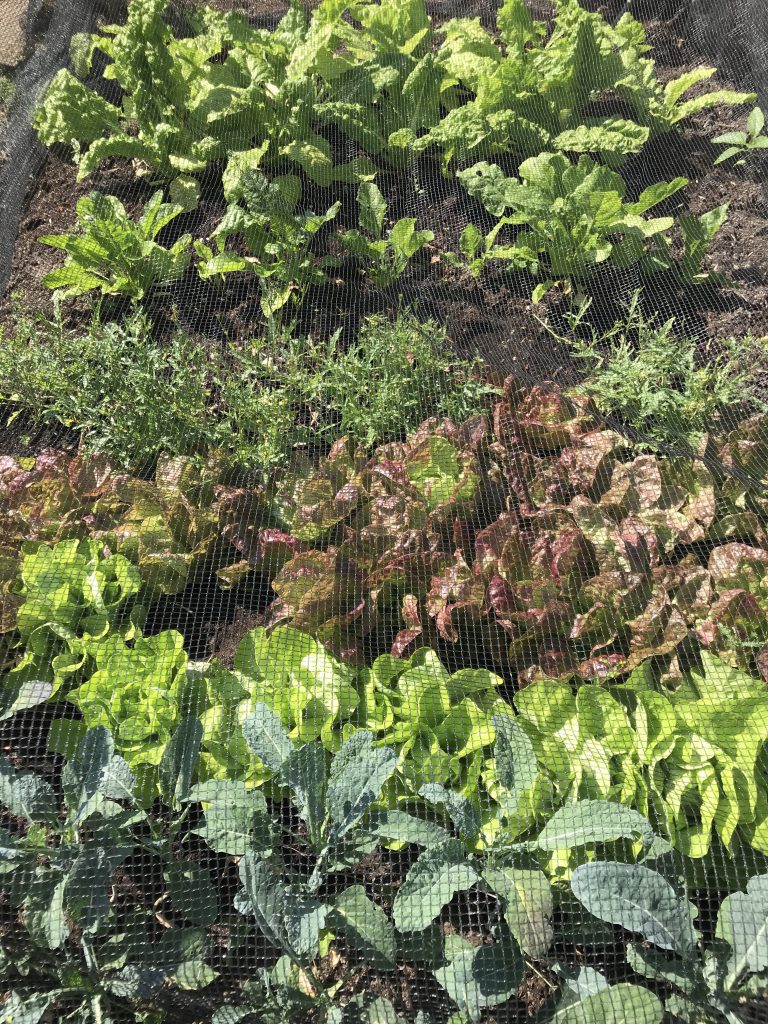 The chard, lettuce and cavolo nero are abundant 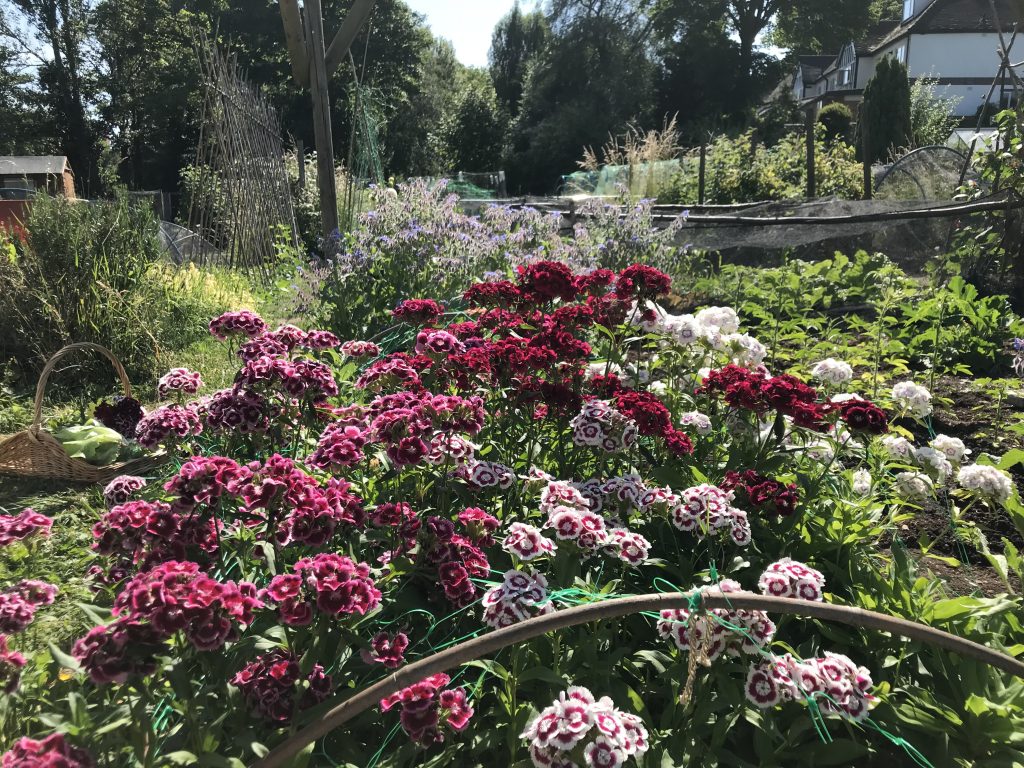 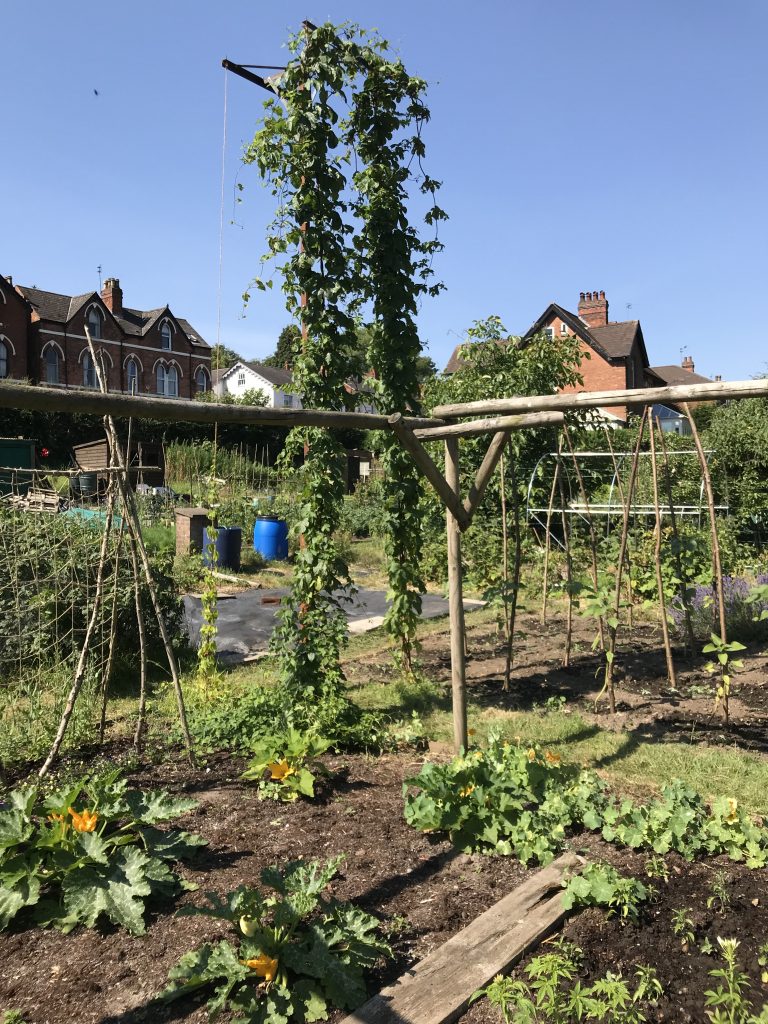 An arch of hops 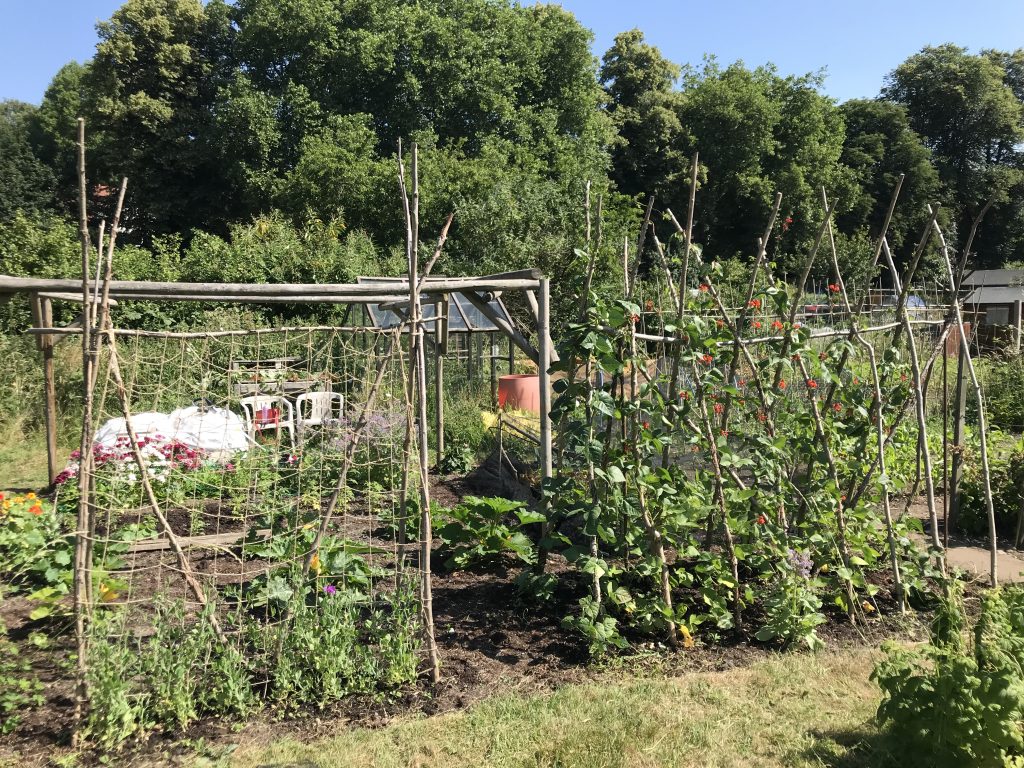 Reading: Good Good Food by Sarah Raven. Inspired, I popped to Holland & Barratt to stock up on whole nuts, buckwheat flour and flax seeds and left with…..some normal bulgar wheat. It’s fascinating to read some of the science behind healthy eating but the price of her recommended super-foods is madness. £5 for a tiny pack of coconut oil?  It’s a serious issue: healthy eating can not just be for the super elite. For now I’m going to stick to my allotment veg and Malvern water.

Days out: Too damn hot to do much at all but headed to Alexander Stadium yesterday for the British Athletics Champions. A great family friendly day-out which, paradoxically and pleasingly, involves a lot of sitting.