Hibernation has set in, as it does every year. When I realised that I’d have a small baby during the winter I was certain I’d get down in the dumps, but it turns out that the gentle rhythm to our day sits beautifully with the darker months. The Harry-shaped alarm clock means we’re awake before dawn, and every morning I thank my lucky stars that I don’t have to venture out into the dark and cold to head to an office (hurray for self-employment). Harry gets his first breakfast, then hot tea with cranberry and orange breakfast bread, emails and the Today programme are the order of the day before baby gets washed and dressed and devours his second breakfast. A million jobs are done between nap times and other feeds, then by 5pm the fire is on and it’s time for our nappy-free-disco (half-)hour. So by Harry’s 6.30pm bedtime it’s dark anyway and there’s no yearning to be out in the evening.

Despite not feeling Christmassy in any way, shape or form (this despite the decorations having been up for a week), I am all over seasonal change. Yesterday I bought thirty quid’s worth of candles to see me through until April, and today we donned our waterproof outfits to trudge out in the snow. We’ve been to Lichfield Cathedral and breathed in the flickering candlelight, and in the kitchen, soups, curries and anything-with-gravy are the order of the day. 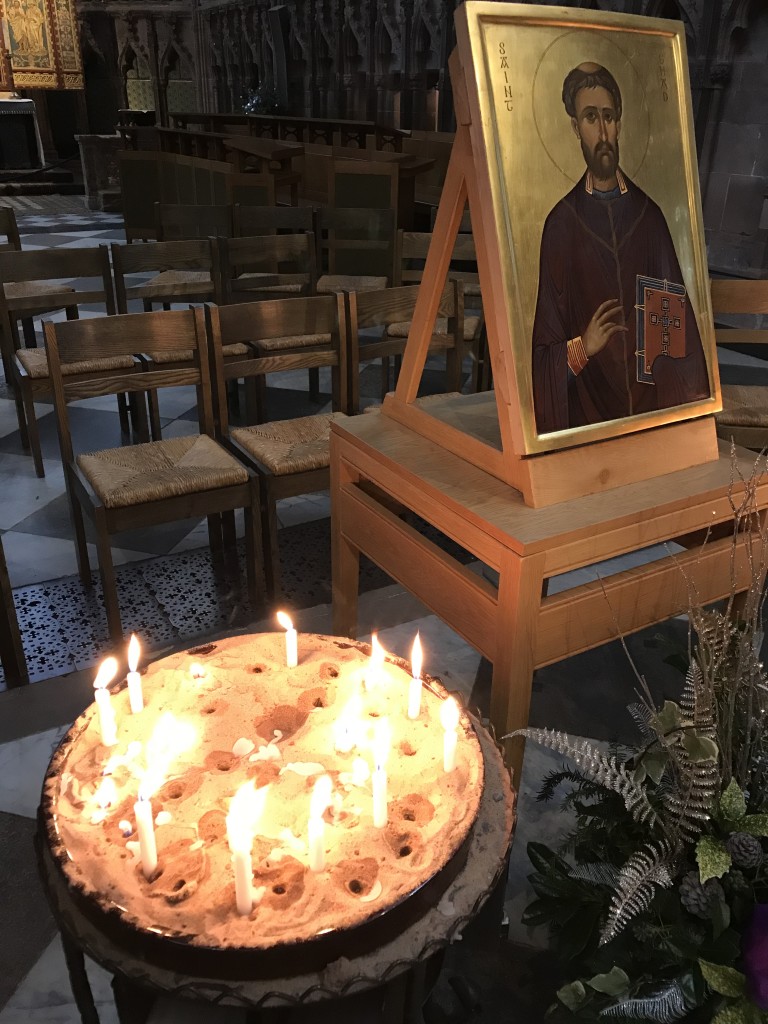 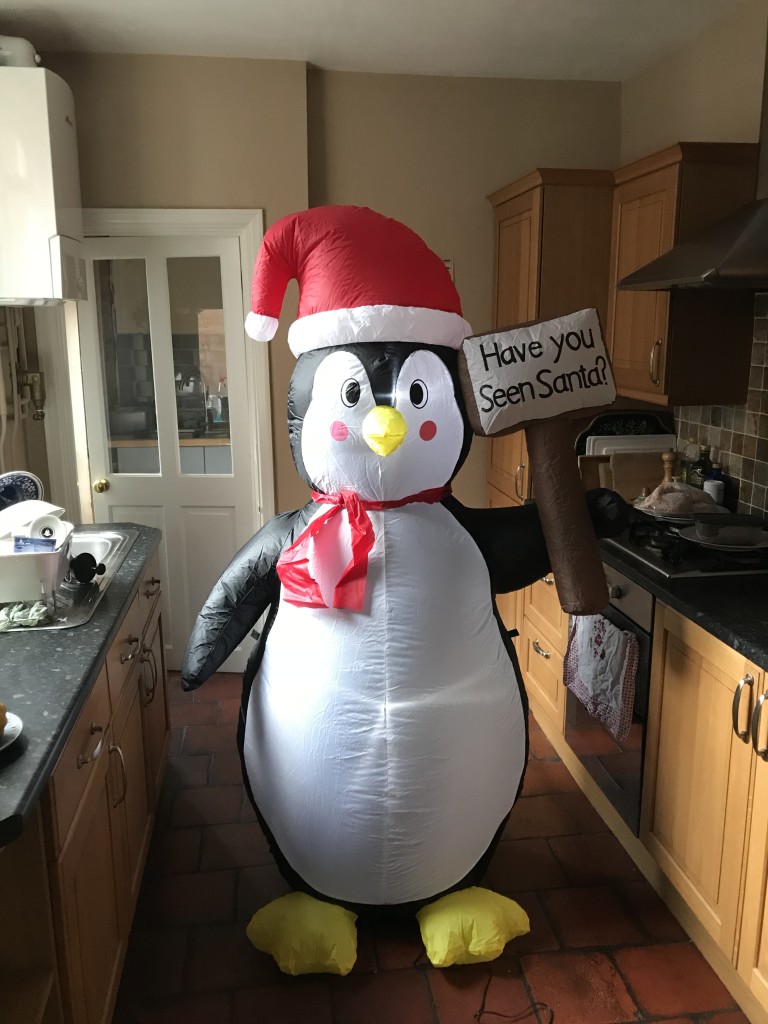 Latest addition to the household

On the allotment, I find that the black plastic sheets I put down a fortnight ago have escaped and that our kind allotment-neighbour Martin has tried to secure them into position with stones. Affirmative action is needed. Fingers numb with cold, I pull the sheets back into place and drag planks of wood on top in a last-grasp effort to keep them in place. There’s no-one around and the only sounds on the snow-covered plots are birds going about their business. 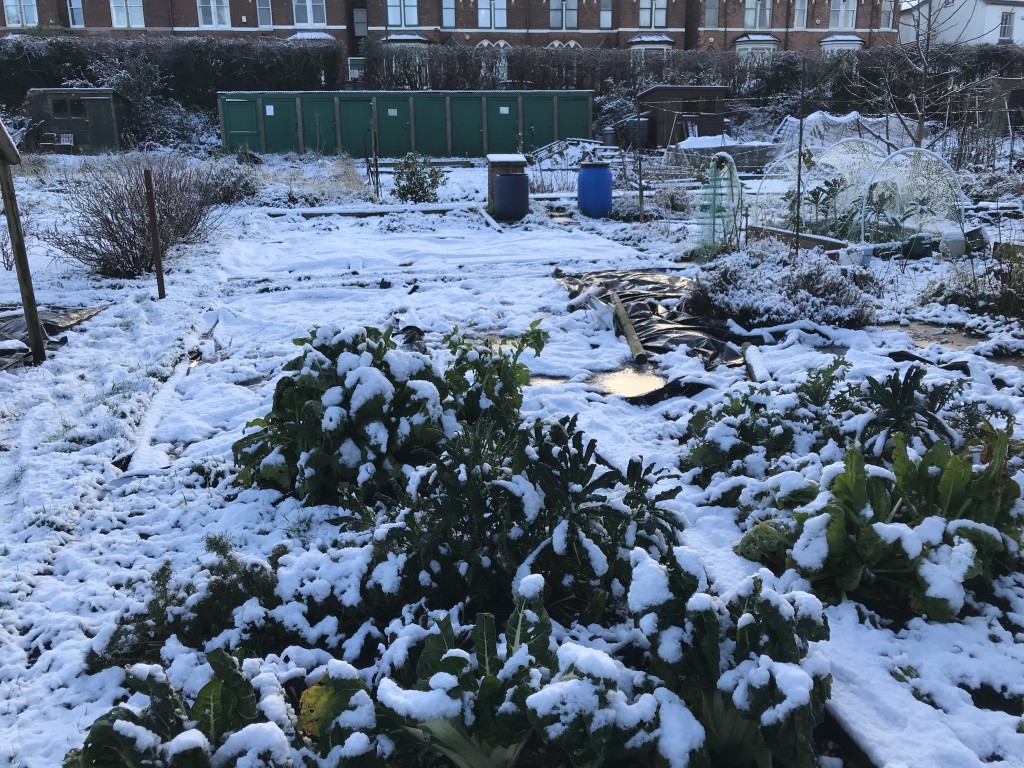 An inch or so of snow has fallen overnight 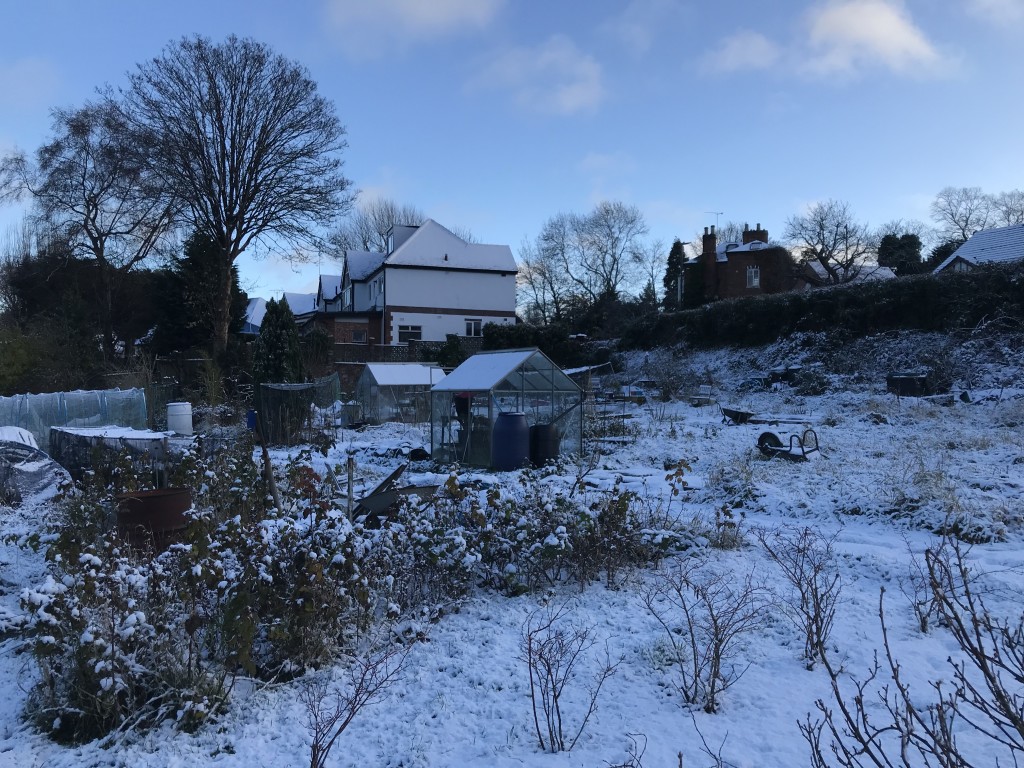 The allotments are peaceful on a wintry lunchtime

I have a fairly bad case of baby-brain at present and so I’ve been looking at my pictures from the year to try to remind myself what I actually got up to in 2017. I notice that the kale and cavolo nero plants have been cropping since July, and now in December they’re still going strong – if anything they’re better than ever, relishing the cold that has zapped the whitefly. Today’s picking will probably be stir-fried with ginger and garlic to accompany a warming rabbit dhansak (Matt’s creation). 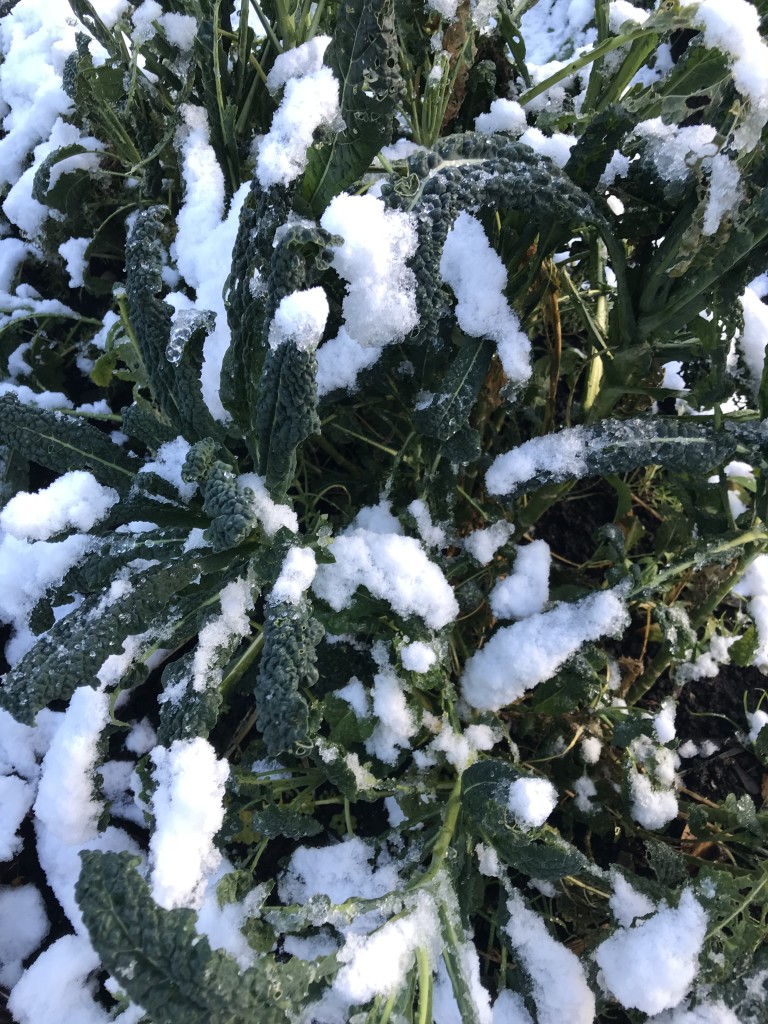 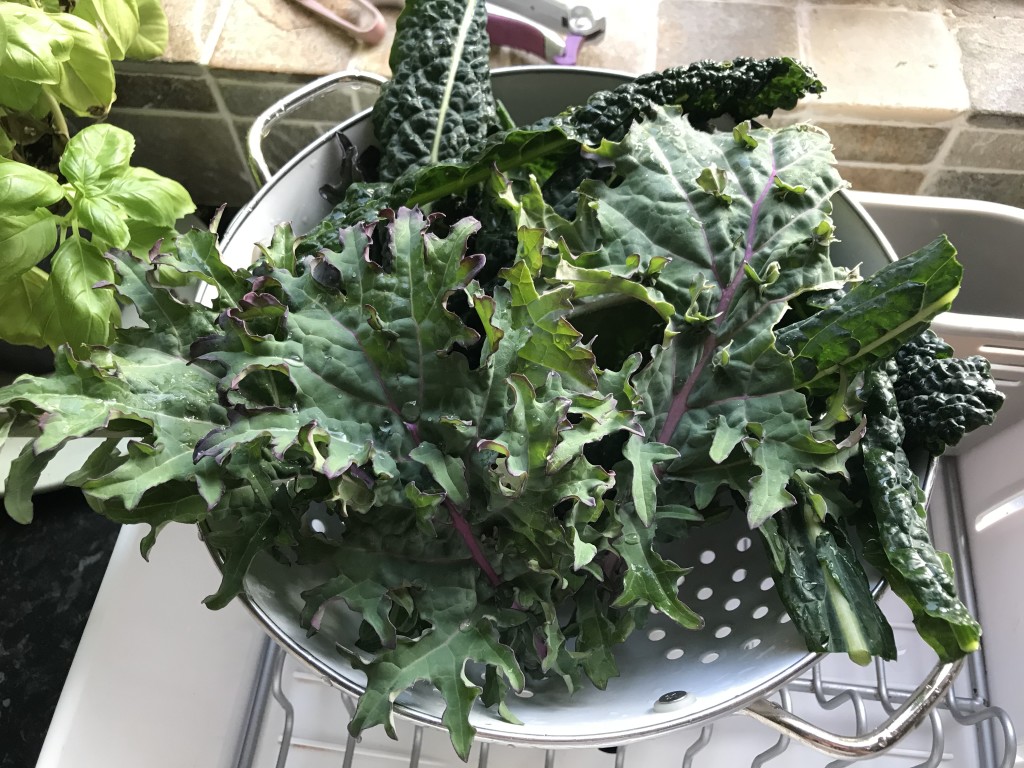 Today’s gatherings, whitefly-free for the first time this year

One thought on “Hello winter!”