After the dismal August, the weather has got all perky. As I write I’m considering putting my shades on just to see the laptop as sunlight streams in onto the kitchen table. Gertie kitten is sprawled out in front of me, between chest and keyboard, absorbing the rays. I love an Indian summer, it suits the English psyche. You get sunshine and a bit of warmth, but not too much, not enough to prevent the baking of bread or the eating of gravy.

The cold August / hot September is having repercussions though. Some of the tomatoes are rotting on the vine, I think killed off by the late summer chills. And news from the Shire tells me that the sloes are already going over – these that traditionally aren’t even picked until after the first frost! A Christmas of purple gin drinking is threatened.

I think the Shire is about a month ahead of Birmingham. I still have ripening borlotti beans and corns whilst my Mother’s been picking hers for about a month. Their spring started earlier of course, and most of the harvest is going over now. But not all. 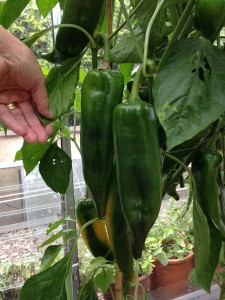 Remember those sea-monster/crook neck squash we were offered the other week? Well, I took a look at the vine. This is a 12 foot wall. That is one epic plant.

These are kinda fun 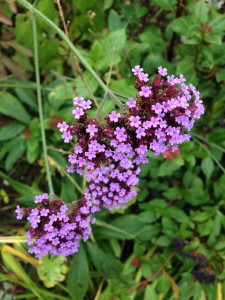 The Viburnem in full glory

As ever, I’m sent home with a car full of food. Their tomatoes have already been roasted and sieved into passata, and the chillies will become sweet chilli sauce. But you know, the weekend’s picking from our allotment is pretty outstanding too. The raspberries just keep on coming. We’ve had the last of the beans now but the tomatoes are fat, soft and fragrant. Season’s pickings.