It’s been a fortnight of partying, working and gales. Harry had yet another birthday party, complete with chocolate fingers and more cake; I had my third (THIRD!) hen party ahead of this weekend’s nuptials, then I got busy working on Festival of Imagineers in Coventry. In the meantime, the weather gods decided to do their best to destroy the wedding flowers. 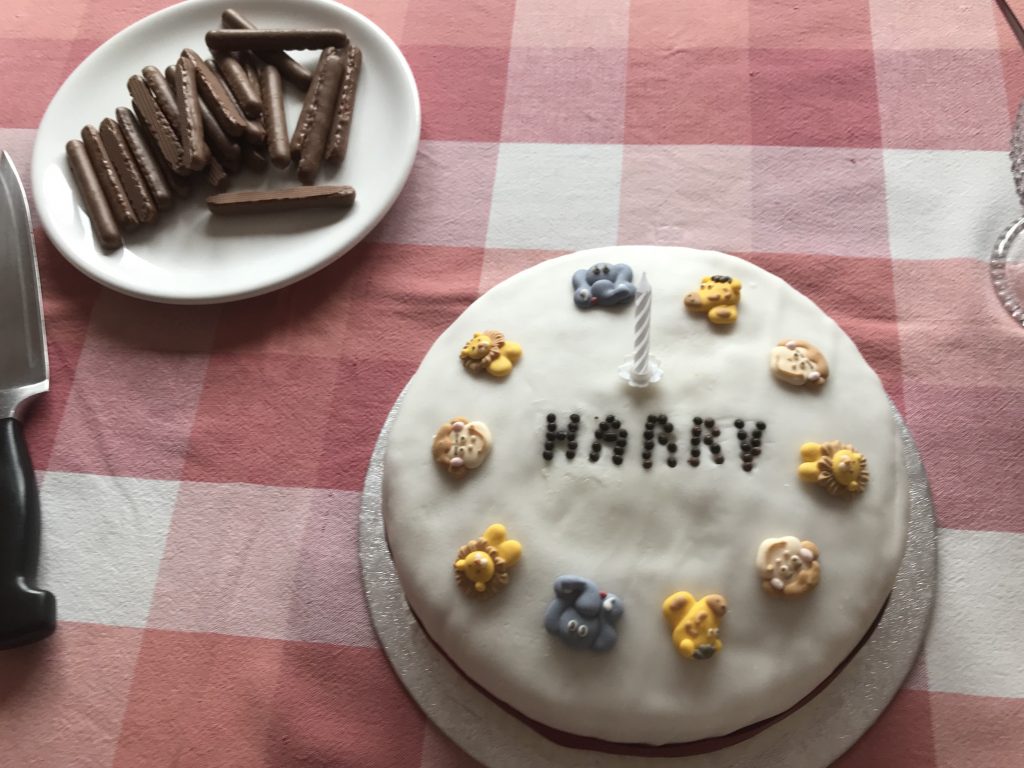 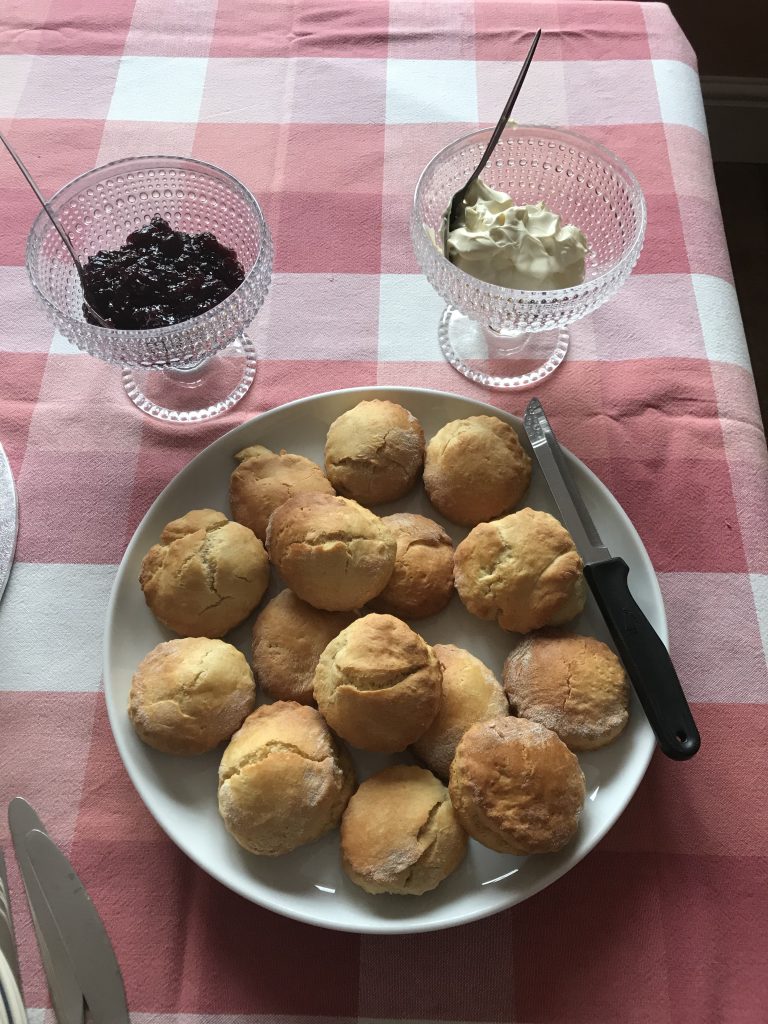 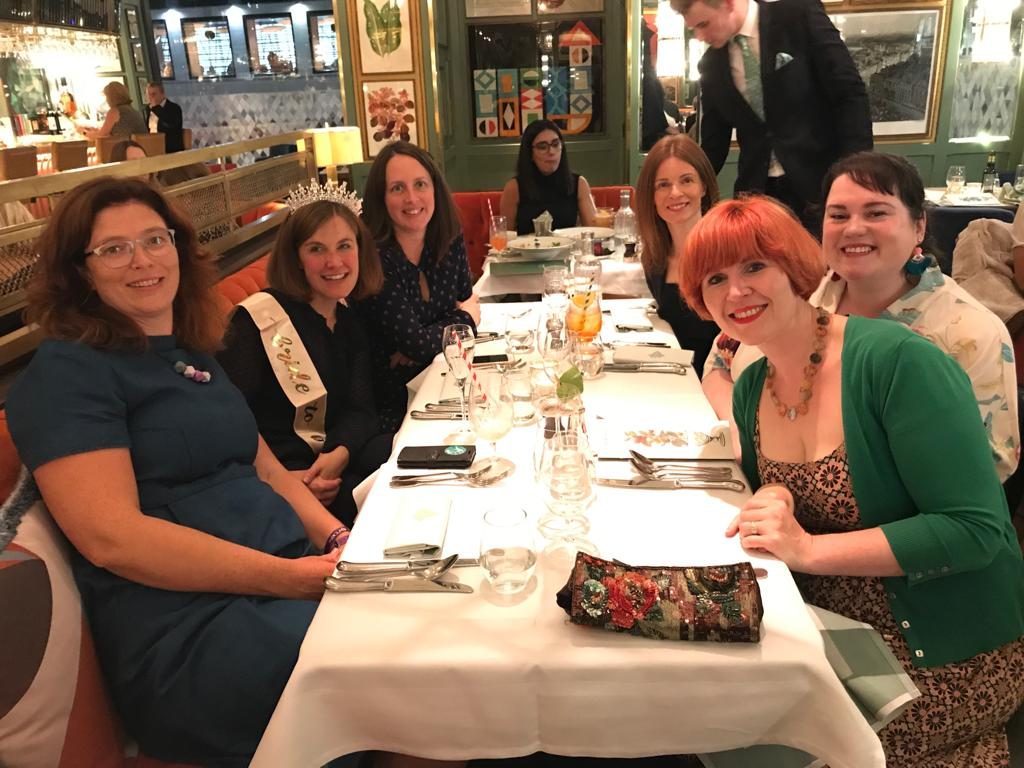 A hen do with my Birmingham pals, aka the Supperagettes. I was forced to wear that tiara.

Last week’s gales mean that the sunflowers have been battered and the cosmos now lie essentially flat on the ground. After much debate, I am leaving them where they are – it will take at least two people to stake them again (which is logistically impossible) and actually the cosmos can be trimmed to go into pint-sized jars and still look pretty. What drama is involved in growing wedding flowers, and mine are just the back up! Every season I find new respect for the people who grow for a living. 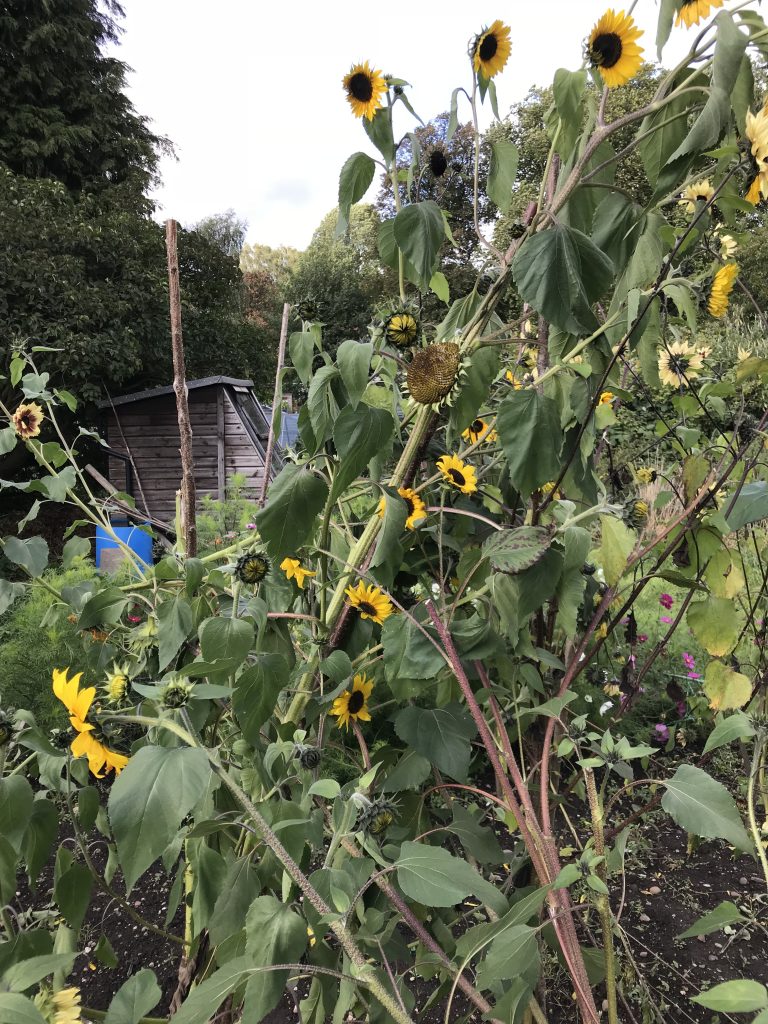 Then the winds blew. The sunflowers held up pretty well, all things considered… 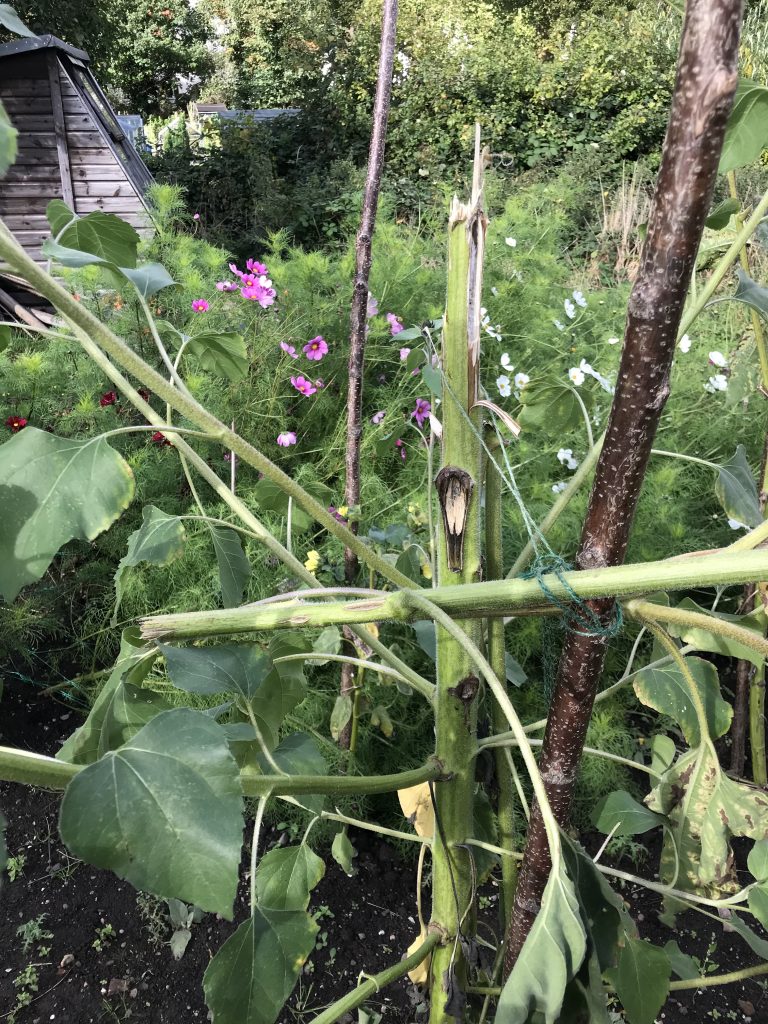 …but the thick, big stems were the least resistant.

After a few days of heads-down work – and after the rain eased – I indulged in a little light foraging. There’s a secret place in Broadway where you can find the best sloes. I could tell you where it is…but I won’t. 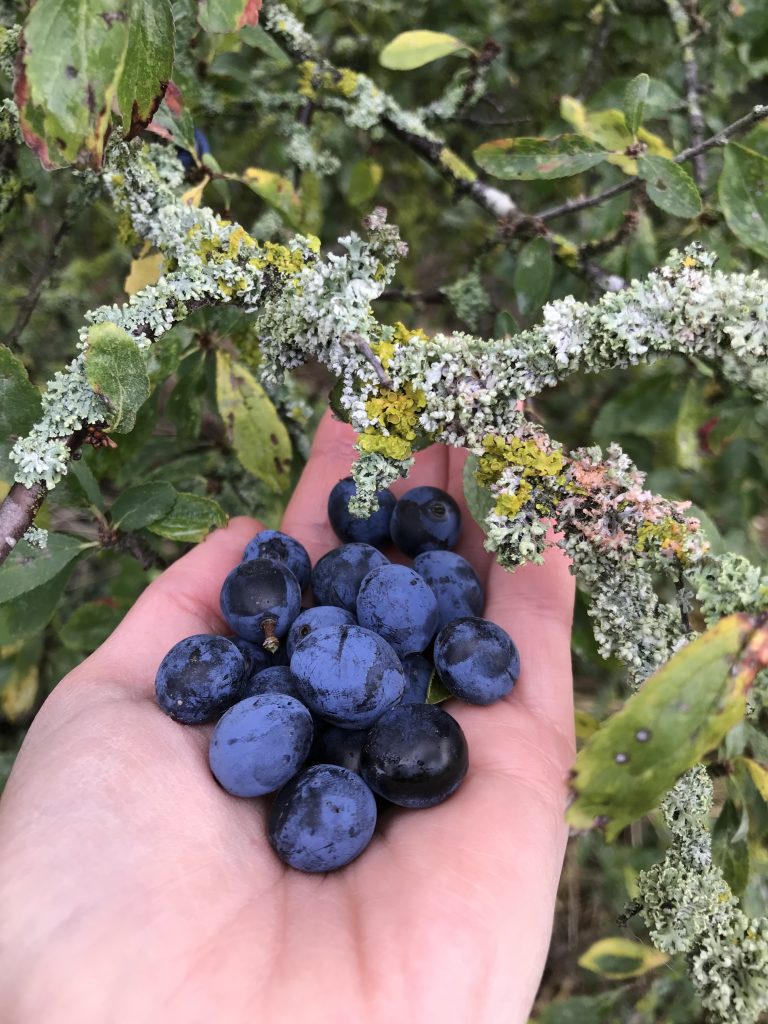 Today’s recipe has become a Harry favourite. These lemon ricotta hotcakes are from my favourite Bill Granger Sydney Food cookbook – or at least, I thought they were from there, but on closer examination he uses ricotta NO WHERE in any of his pancake recipes. I had made it up entirely. So I used his recipe for a souffle-style pancake, subbed in some ricotta, and came up with something new. On the one hand, they’re a good way of getting extra calcium into the baby whilst having a supply of easy snacks in the fridge. On the other, they taste of summer whilst being comfortingly warm and cosy.

Melt the butter in a heavy-based frying pan (the one that you’ll cook your hotcakes in) then remove from the heat to cool.

In a bowl, mix together the ricotta, egg yolks, lemon zest, juice, and vanilla. In a larger bowl, sift together the flour, baking power and sugar. In yet another bowl, whisk the egg whites until stiff.

Whisk the ricotta mixture into the flour until well mixed. Add the egg whites in batches, folding through with a large metal spoon, until combined. Loosen with a little milk if it needs it. Finally, gently stir through the melted butter.

Heat the frying pan over a medium heat and drop in a dollop of batter to make one pancake – flip when the underside is golden brown. Repeat until all the hotcakes are cooked. Serve with soft fruit. 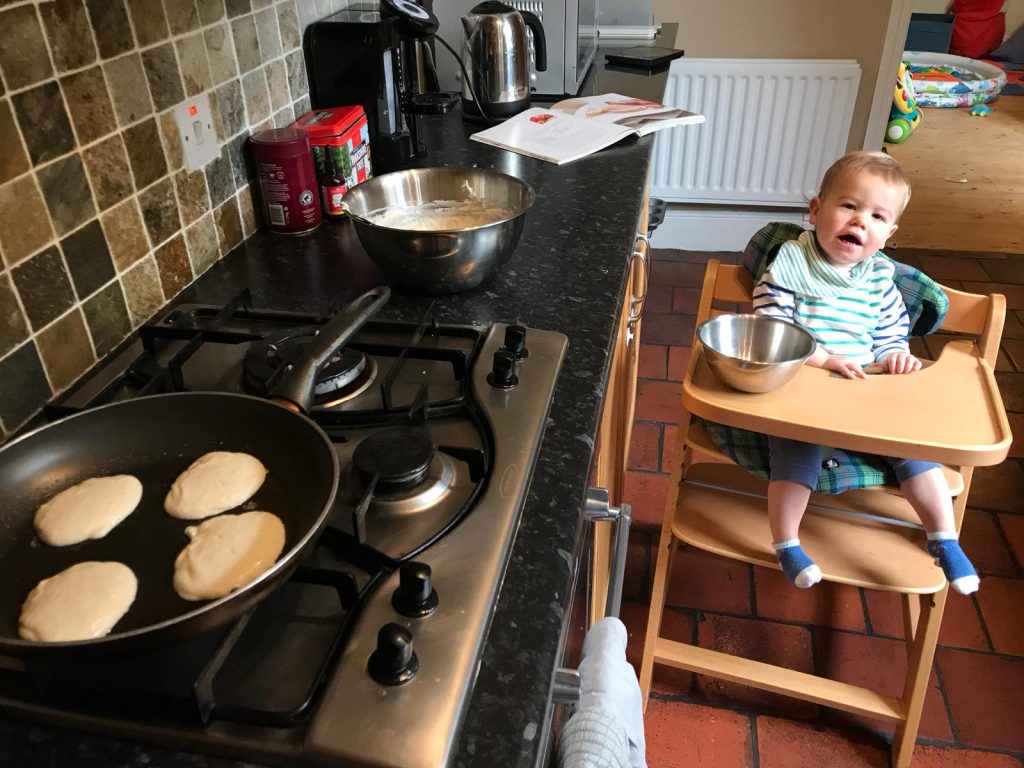 Harry likes to watch me cook

Cooking and Eating: Apple cake and babka from the Polish deli in Coventry, T-bone steak from Gloucester services, trio of roasts at The Swan in Broadway

Harvesting: Not so much now. The tomatoes and beans have finished but chard and cavolo nero still going strong. Haven’t harvested any flowers for a week due to work.

Reading and watching: The Saffron Tales by Yasmin Khan, Big Magic by Elizabeth Gilbert. Watching The Bodyguard, like everyone else in Britain.

Experiencing: Hupla, the 20m tall sculpture made of hula-hoops, and remembering the joy of freestyle stitching at Festival of Imagineers