I have been ‘encouraging’ Matt to make me a snug box to keep my chrysanthemum plants for over-wintering, but it’s been coming to naught. He’s been leaving the house at 6am and rolling home at 8pm, smelling of wood and glue and enthusing about the set he’s making for a theatre in town. So just like replacing the boarded-up window and putting all our art on the wall, the chrysanthemum box is at the bottom of the To Do list.

But then the other day he popped to the Original Patty Men to drop some stuff off that his friend Matt had made for them (another bearded fabricator with a wickedly dry sense of humour. They share a name, a profession and a workshop. Keep up.) For those not in the know, Original Patty Men are one of the hippest places in the city right now – their Twitter description is ‘purveyors of filth’. Think burgers, craft ale and beards that reach down to navels.

Anyway, the cool OPM chaps have happily gifted my man with an insulated polystyrene crate, the kind that meat and veg get delivered in. So now the chrysanths have somewhere cosy to over-winter, just like Grampy has instructed. Good timing too, as the first winter frosts are taking hold. As soon as it stops raining, I’ll head out and dig up the browning stems.

In the meantime, I harvest the last blooms of the year, alongside a few bedraggled chillies and, pleasingly, tiny winter salad leaves: rocket, mustard, spinach. 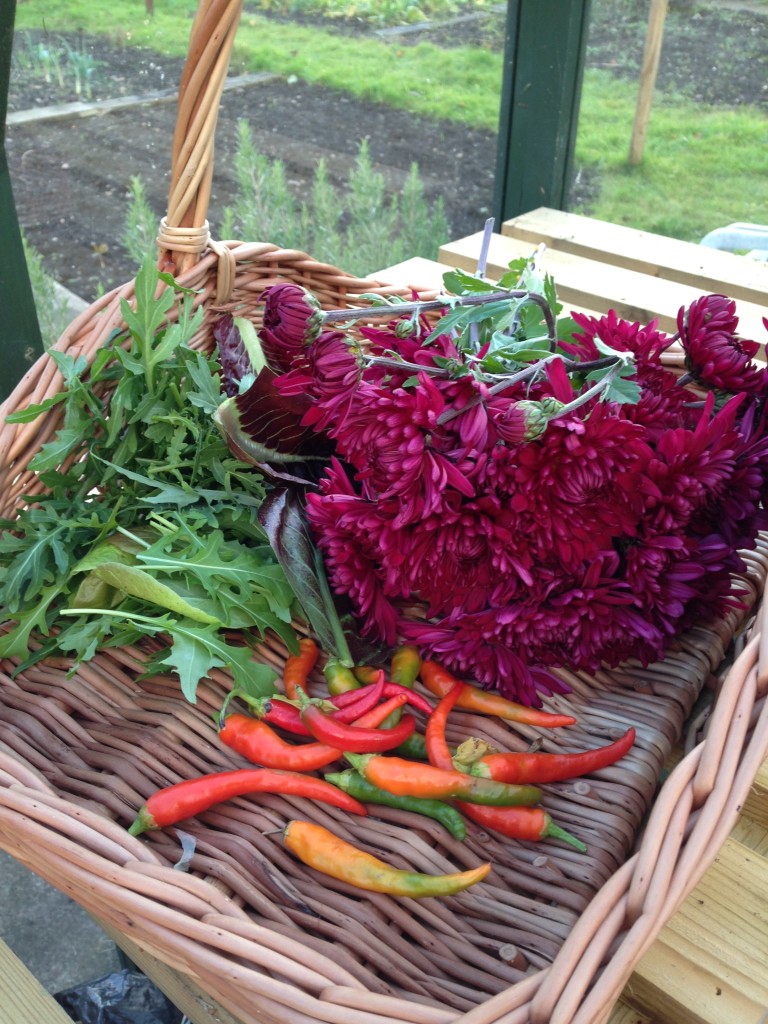 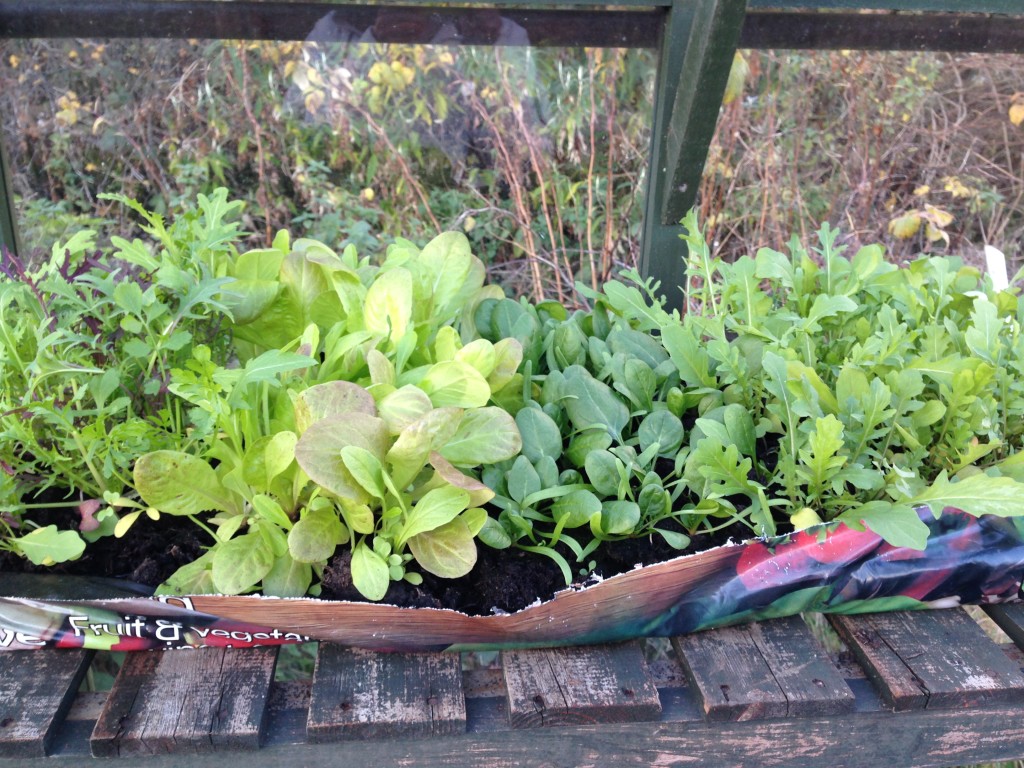 We took much-needed time out this weekend for a bracing autumn-winter walk down Worcestershire lanes. Autumn came late this year and I don’t think it will last long. With the Christmas lights being switched on, and stormy weather, it seems that we are on the brink of season’s change, once again. 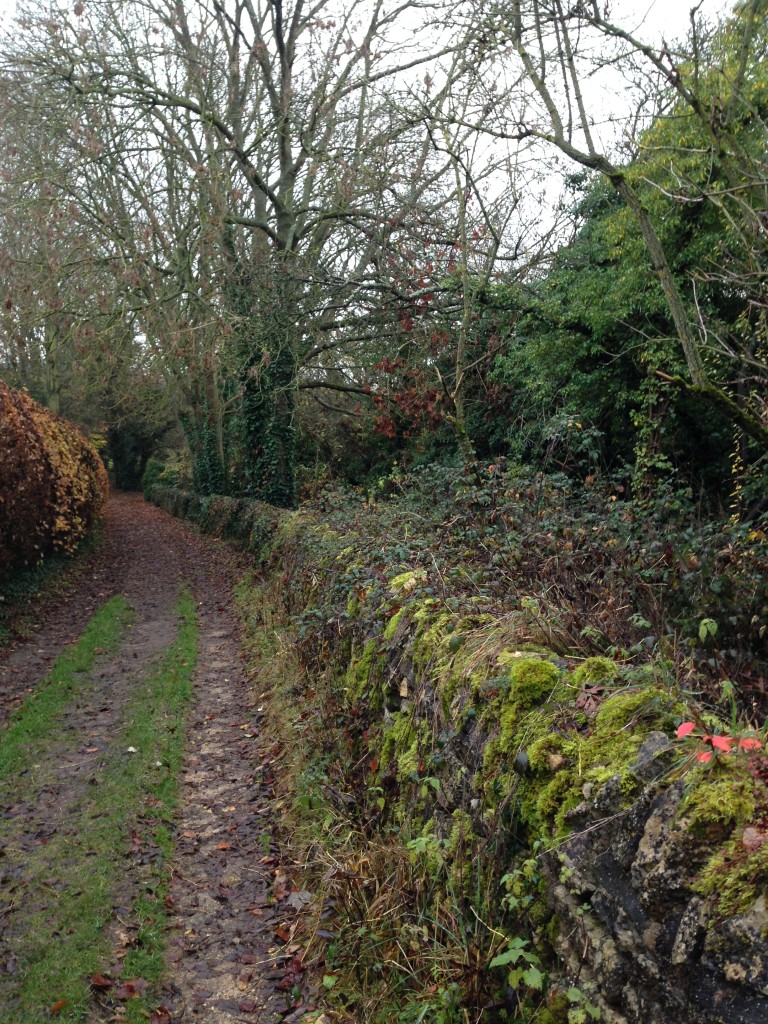