It’s that time again. When it’s grey and dank outside, and you know that you should be outside doing something useful but the motivation isn’t there, the ultimate fallback job is seed shopping. There is a year’s growing to plan. 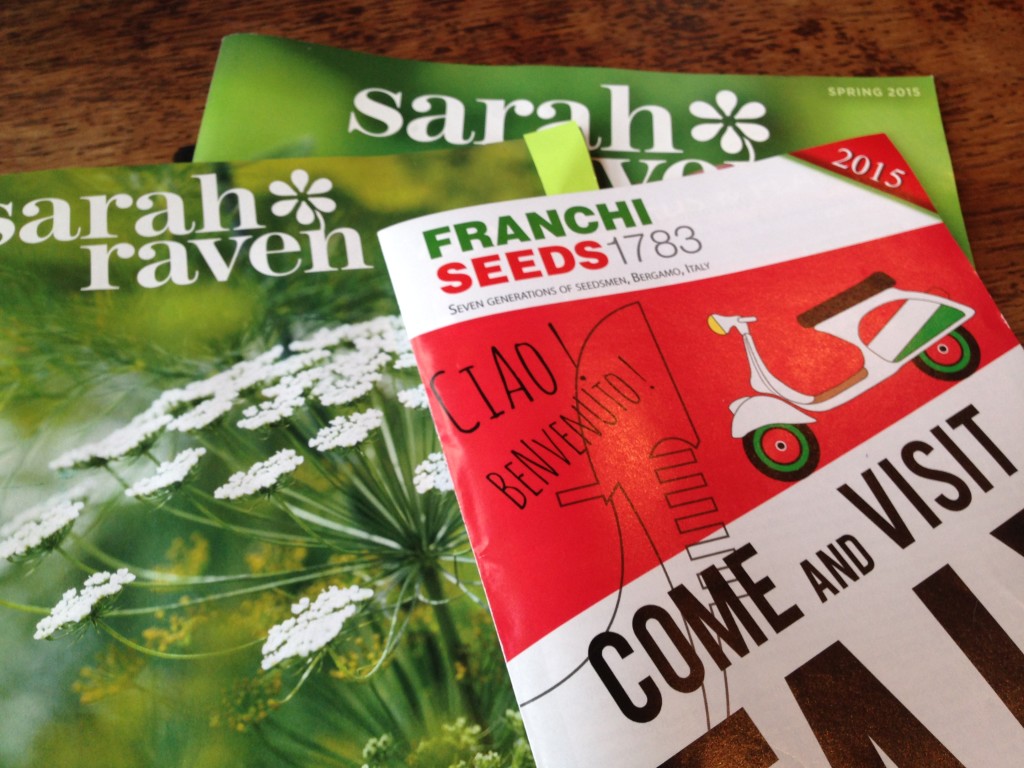 This year I’ve got a few aims for the allotment. I want to:

1. Extend the season a little, so that it both starts earlier and finishes later. In 2014 we didn’t get anything edible until about June, and it had pretty much stopped being productive by October. I think we can do better.

2. Have lots of flowers to attract pollinating insects but also, let’s face it, to show off.

3. Have plenty of leafy green veggies for pastas and stir fries, as early as possible. Beetroot tops, cima di rapa, radish tops, chard, spinach: I love it all, and it’s nigh on impossible to buy really fresh.

4. Have a special herb area by the greenhouse.

To know what seeds to buy, it’s good to know what you already have. So I’ve now got an inventory of all our leftover seed and have chucked out the really old stuff.

Next is the really fun bit: I’ve come over all Blue Peter, got out my felt-tips and post-its, and plotted out what I think we’ll grow and where. 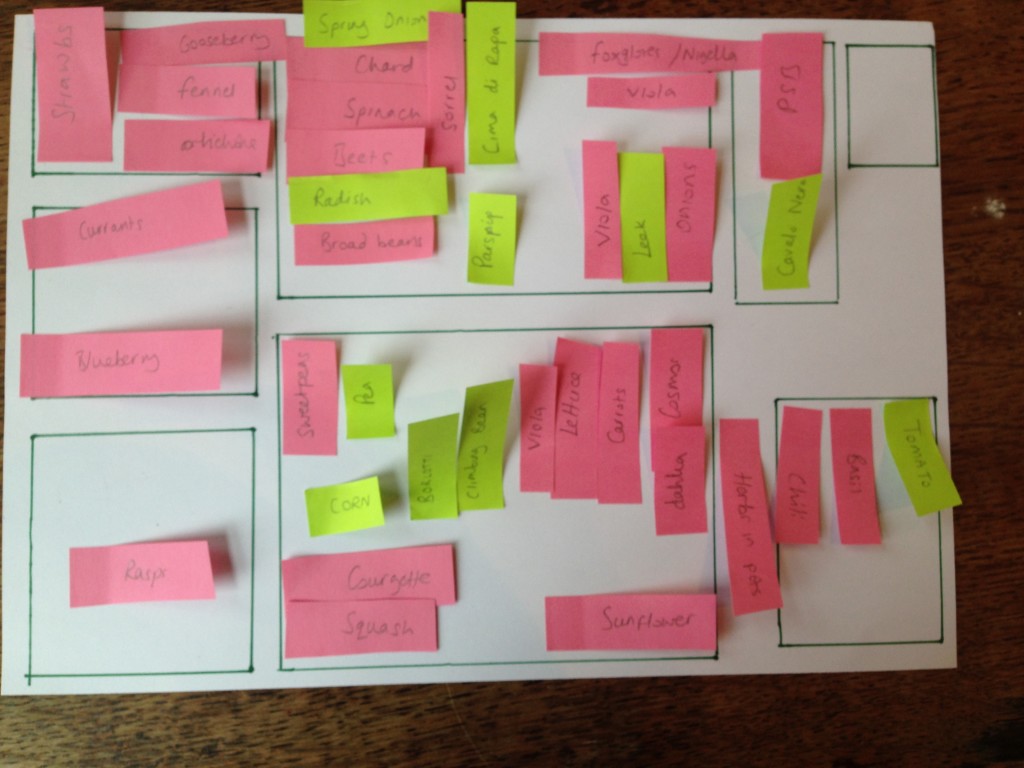 The rubbish old raspberries by the shed are going to come up, making room for an autumnal crop (hopefully) of purple sprouting and cavalo nero.

There’s a dedicated area for those leafy greens, plus I think there will be flowers in both the main producing beds: I like the idea of violas, cosmos, dahlias, sweet peas, foxgloves and sunflowers breaking up the blocks of onions and beans.

And because I can’t help myself (and also can never remember when things are meant to be started), I now have a long list of what we’re going to grow and when. It’s actually a really long list…but it’s no longer than last year, so I think we’ve got a good chance of pulling it off.

The seeds are ordered, I’m £50 worse off…and the new season is begun.

Sweet Rocket, Dec 15, Thompson and Morgan (May to June)