I’ve been properly tied up with work events for the last few weeks (with more to come this weekend). In the intervening two weeks since my last proper harvest, the heavens have opened. If I had known that this basket would have been the last decent crop of the summer, I might have given it more attention/appreciation. 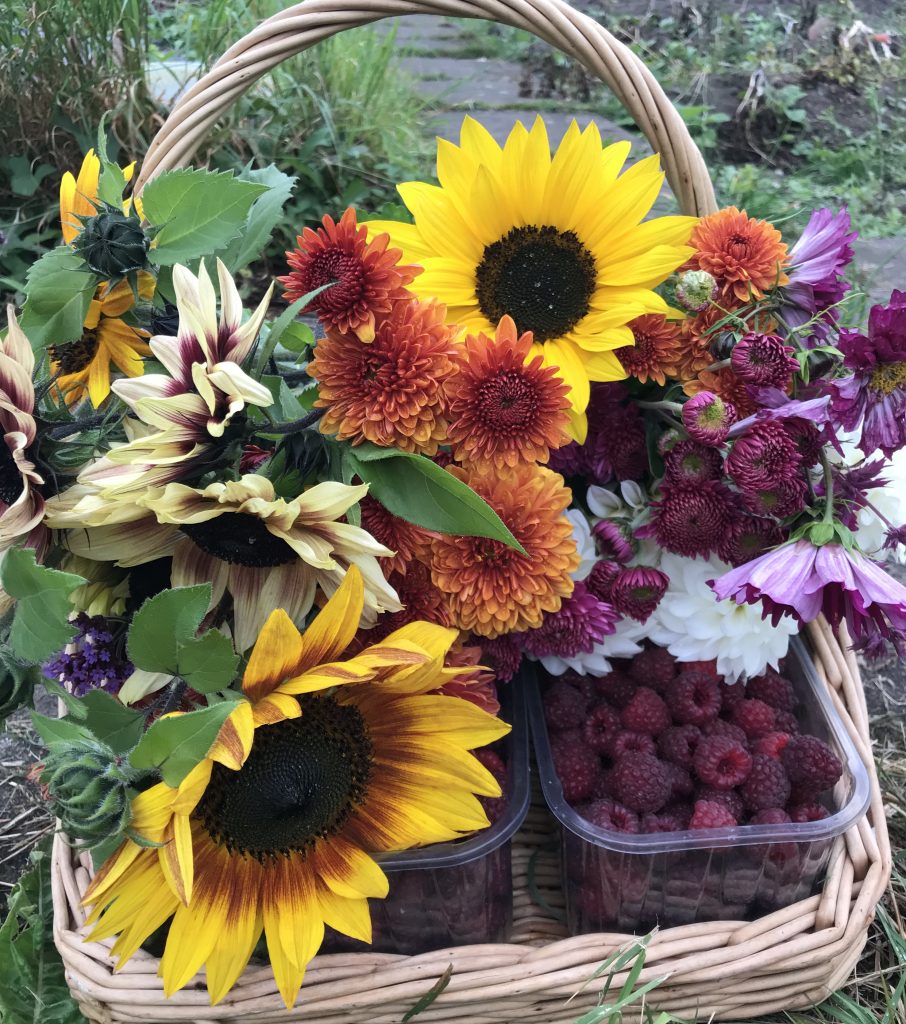 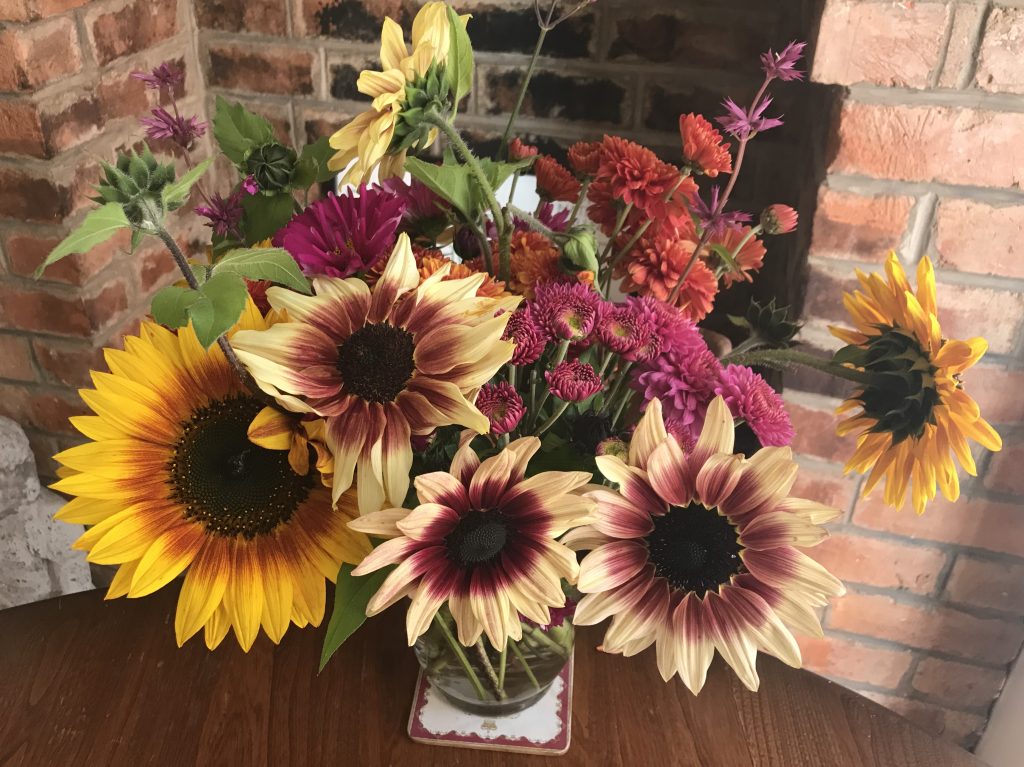 Vases like this have a glorious end to the summer

Now, after days of rain, the allotment is sodden; the season has shifted. There is still colour but it’s pock-marked with the bruising that comes from torrential rain. The raspberries – still fruiting madly – are rotting on the canes. No point harvesting them now, they will become juice merely by looking at them. 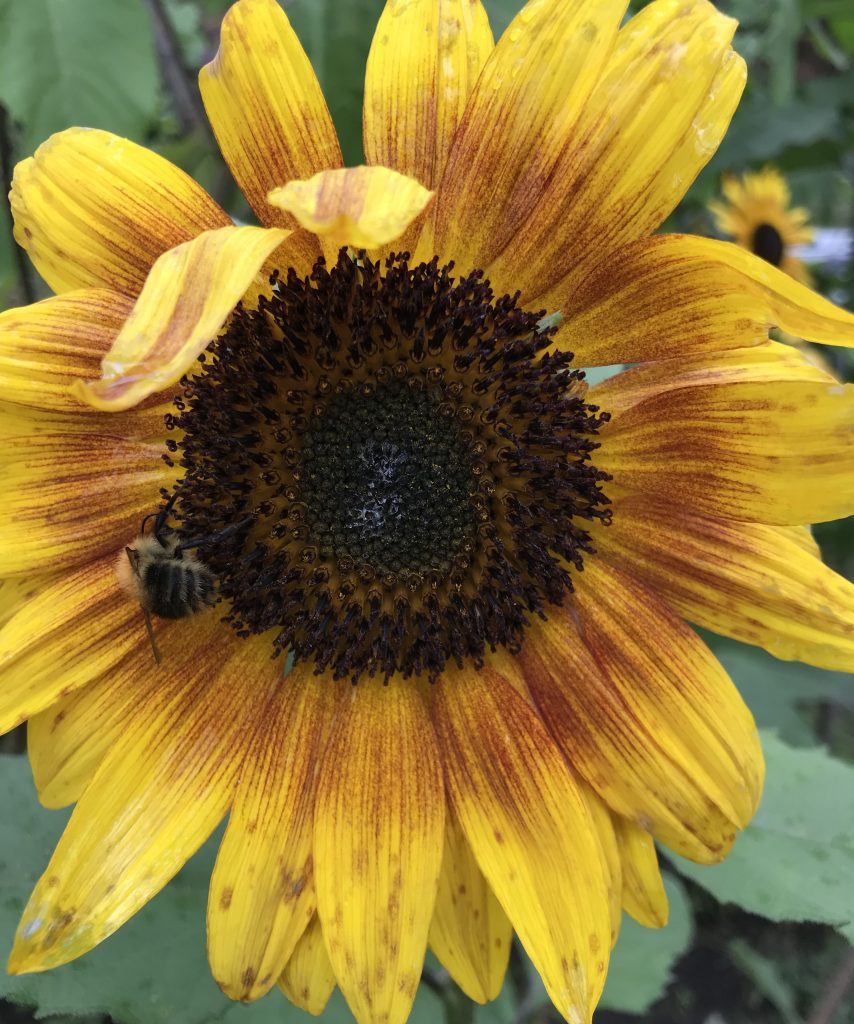 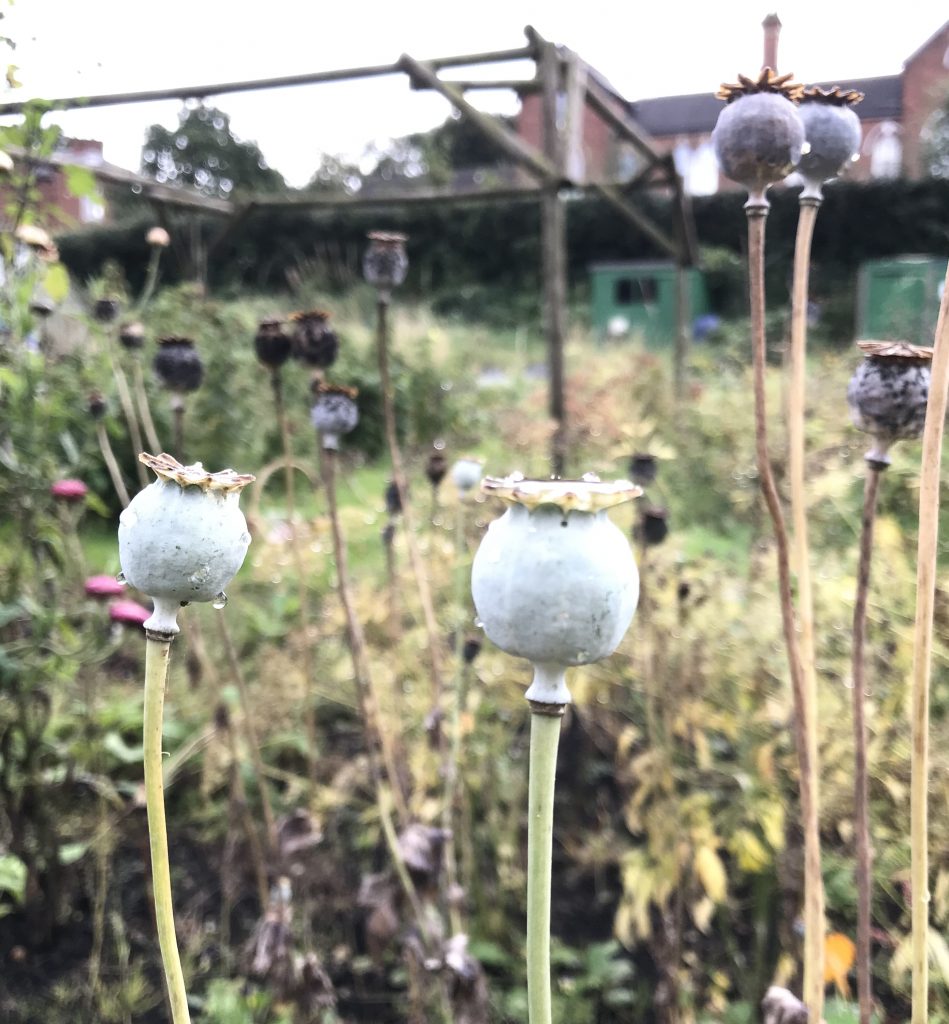 Poppies have set seed in the flower bed

My own fault this for not harvesting promptly enough, but the beans have gone feral in the rain. Runner beans as long as my forearm are joined by the magnificently witchy purple French beans, many of which I’m leaving on the vines for the seeds inside to fatten up. I love how their deep dark stems twist around the hazel poles, offset with the lighter shade of the verbena bonariensis. An accidental co-planting that really works. 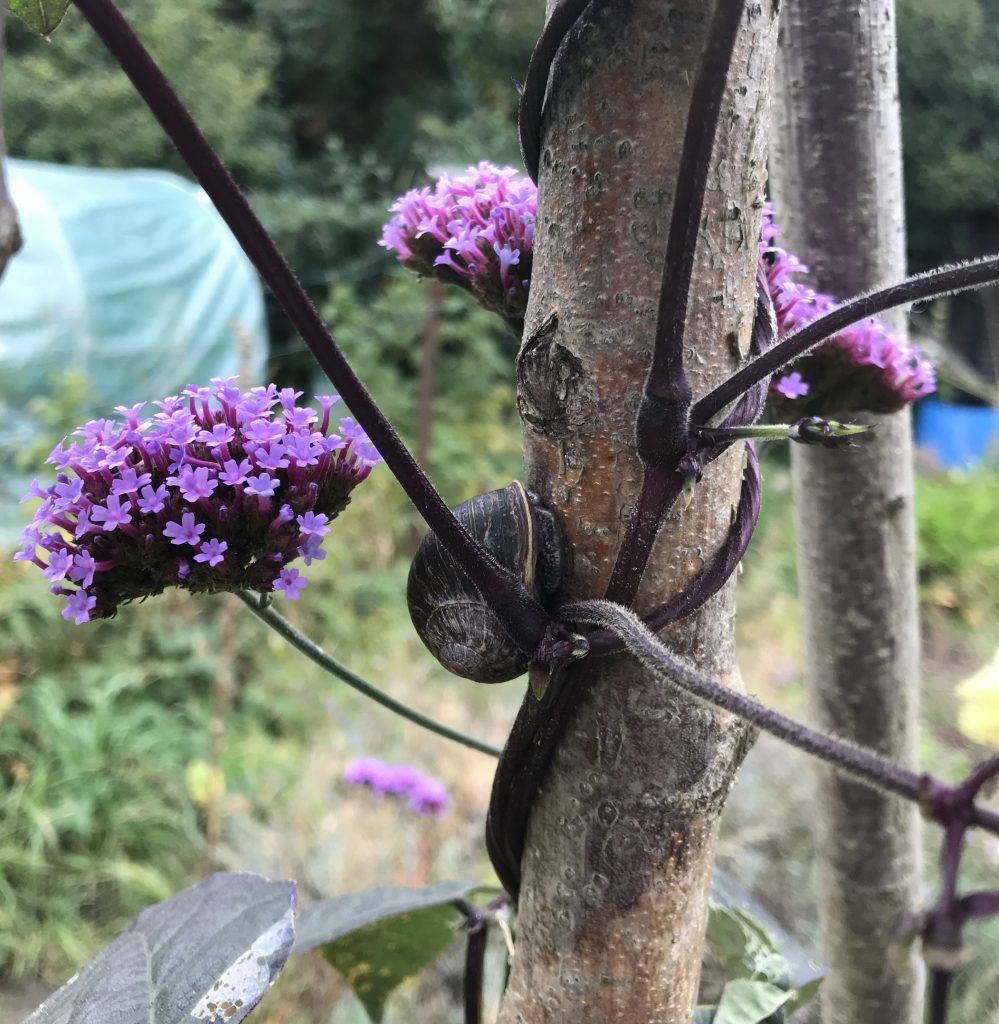 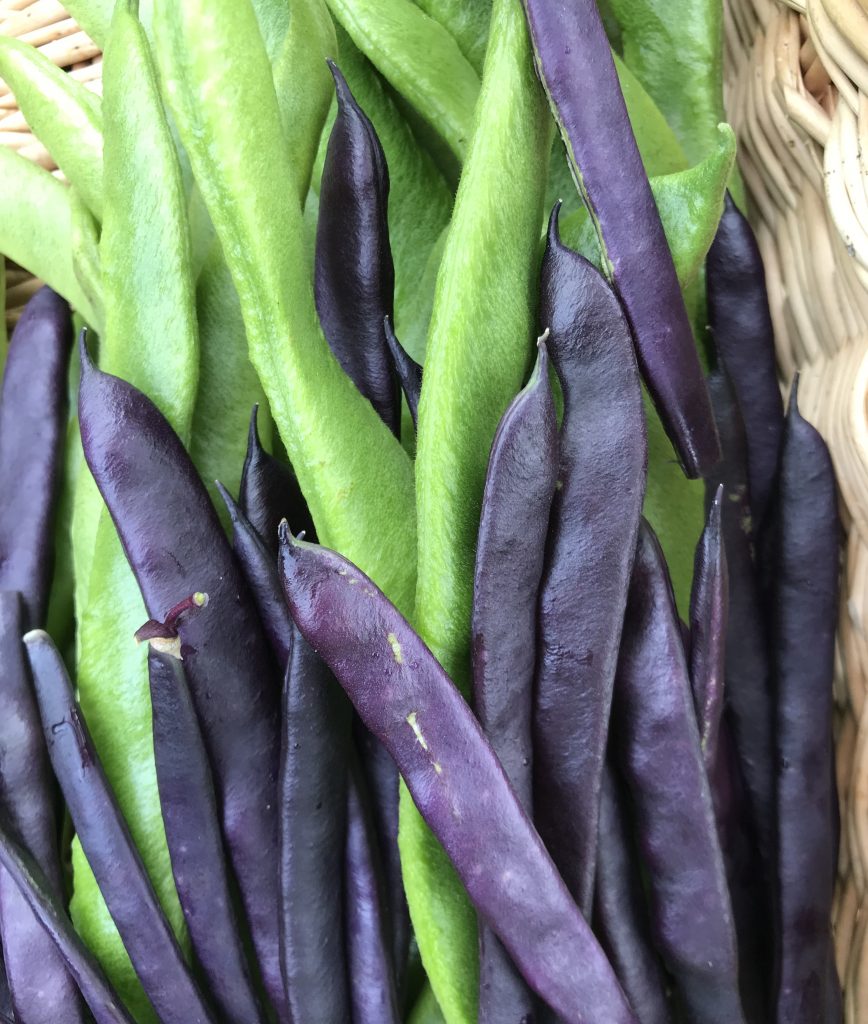 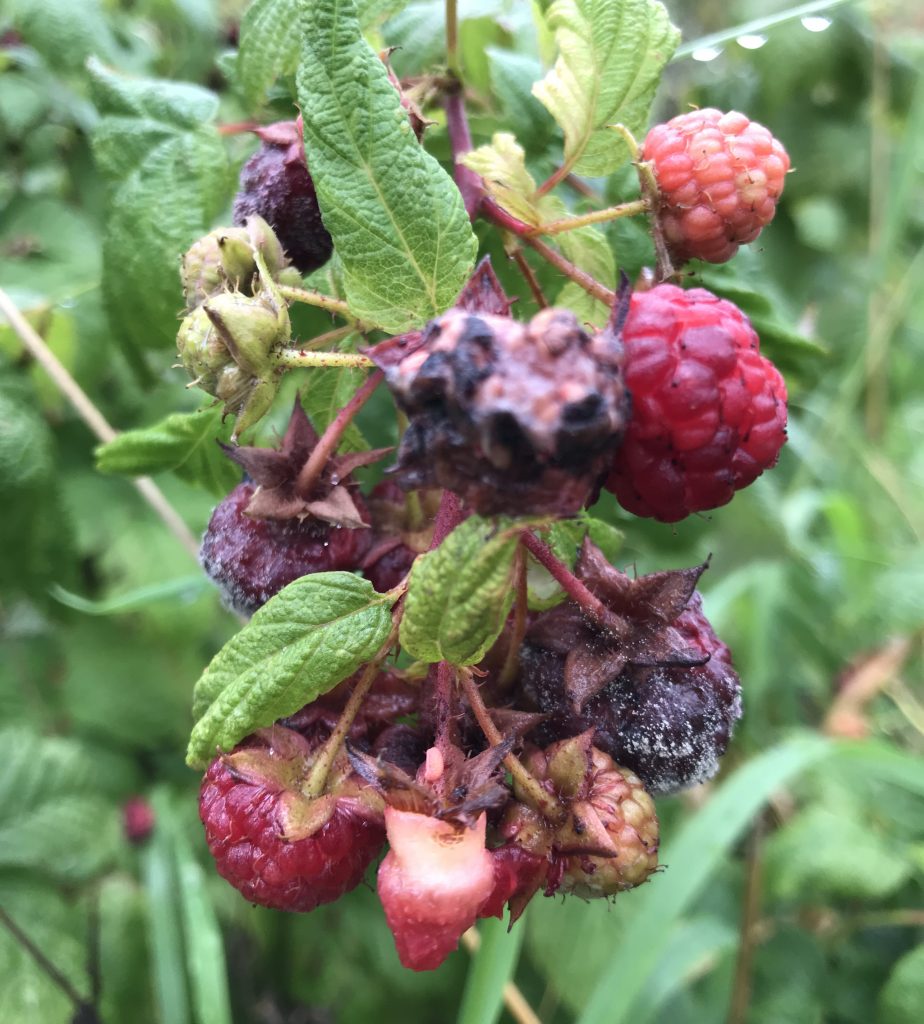 The abundant raspberries are rotting on their canes

The tomatoes do not stand a chance of ripening in this weather. They’ve been horrifically ill-treated this year – without a greenhouse, and knowing that on the allotment they would fall prey to rot, I kept them in far-too-small pots in the cold frame where they have grown unsupported, leggy and slightly mental. To their credit they did produce a crop, albeit a green one that has refused to turn red. 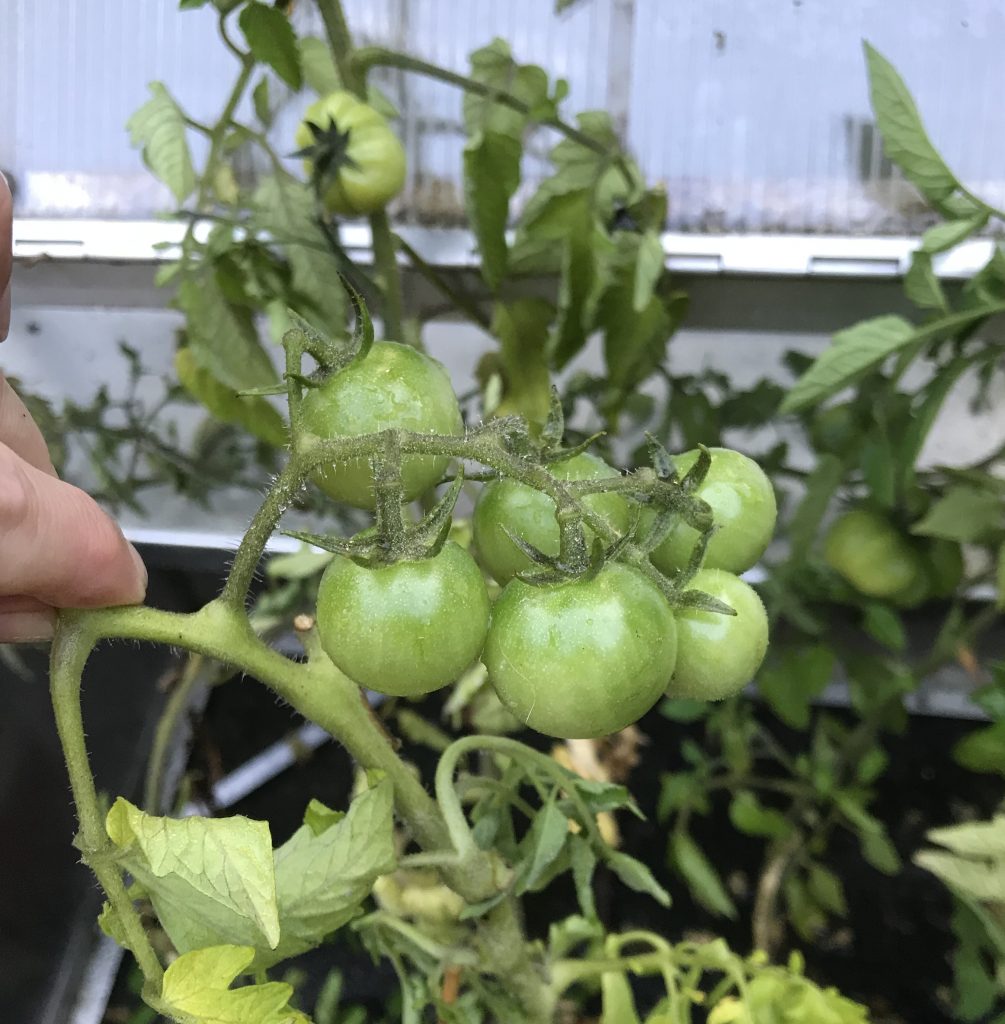 It’s not just me who has struggled with the harvest this September. Once again Matt’s hops have languished, turning from golden architectural glory to a browning mass in the blink of an eye. 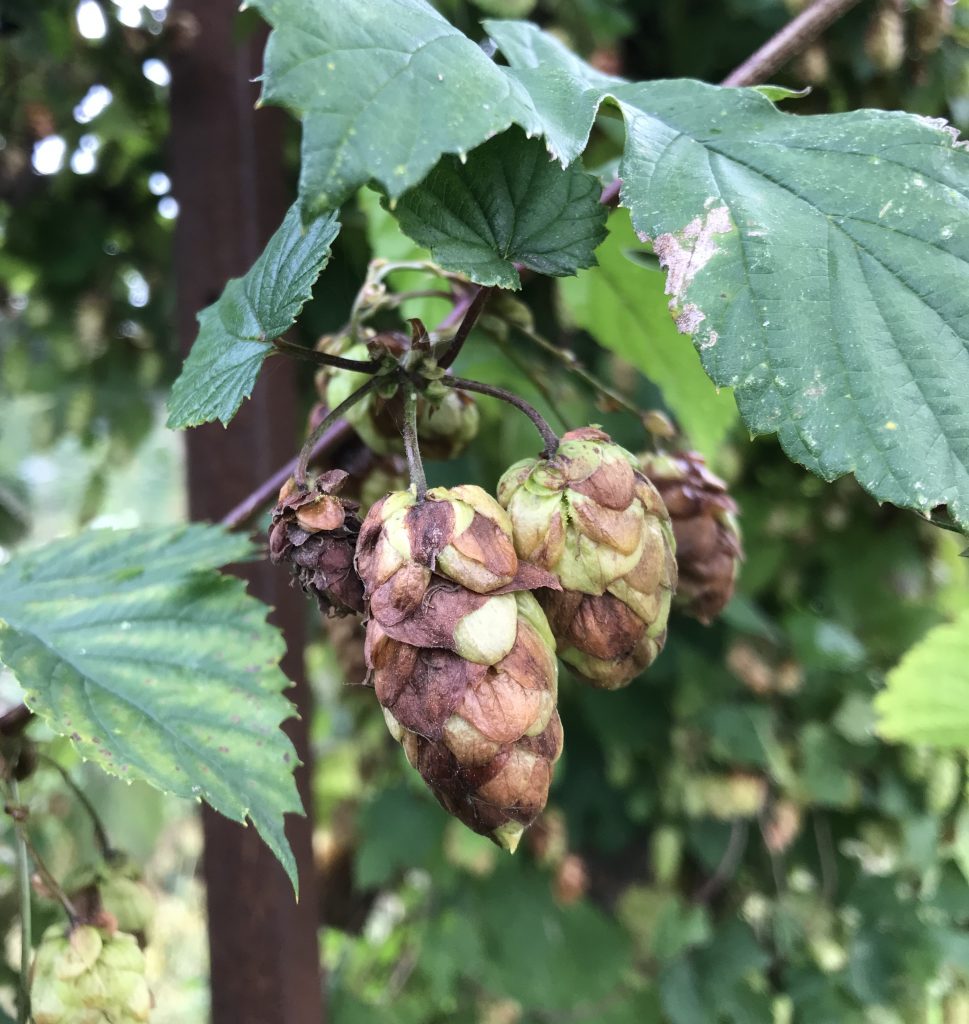 The hops are browning off now, once again unharvested

One monster enjoys this wet weather though. The mystery squash is now turning orange, flecked with green – pictured here with my foot for scale. 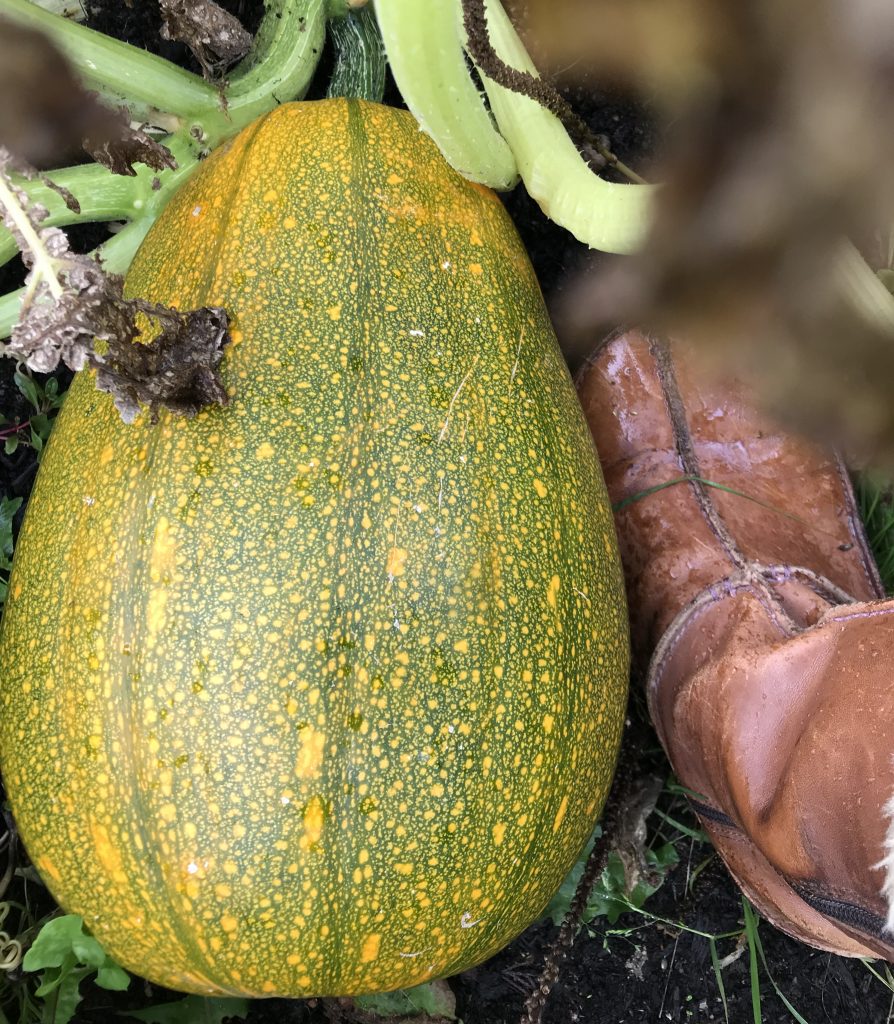 The mystery squash is thriving in the damp weather

Once this intense period of work finishes I’ll be left with bolted chard, cut-flowers gone to seed and bashed up sunflowers. It’s not long before the great clean up must begin. But hopefully – if only we could get some sun – there may be just a week or two of colourful vases still to come.

Harvesting: A few sunflowers, cosmos and salvia that have survived the deluge. There are chrysanthemums and dahlias, but too soggy to pick. The courgettes are still going on but I’m not picking them now. Pentland brig kale, leeks and parsnips up for grabs. The raspberries are abundant but too wet to pick.

Cooking and eating: Anything easy, for work takes up all my time. Picked up some vintage Linconshire Poacher cheese and Lincolnshire Plum Bread when in Grantham for work the other week.

One thought on “Rain stops play”