It was Harry’s birthday yesterday. Birthday meaning, the anniversary of the day of birth, which also means the anniversary of the day when – if it were not for 21st century medicine – I would have left this mortal coil. The days and weeks after giving birth were traumatic. So for all the joy of new toys and chocolate cake, the 10th September is quite a raw day for me and it does not help that there has been no space lately for stillness and quiet. I took a few hours out from the work emails and never-ending WhatsApp messages and got around to those small but important things that I know are grounding: lit some incense, popped to M&S for new knickers (how middle aged is that?), went to the allotment to strim the grass and harvest raspberries and sunflowers, and made a beef shin and mushroom pie from scratch. That, and drunk up half a bottle of very decent rose (last of the summer wine). 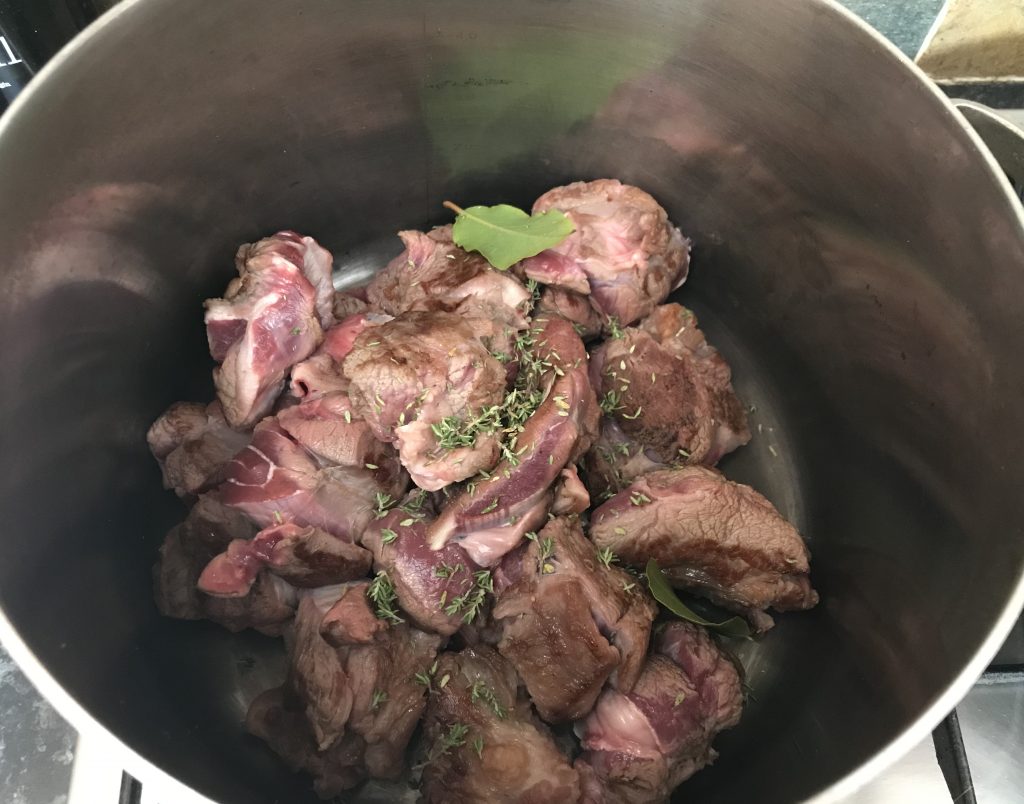 Knocking up a beef pie from scratch

I dislike how my late summers always seem to get consumed by work – it’s arts festival season, which means intense bouts of brochure-editing, planning out city-dressing (translated: the horrible job of lugging flags around) and worrying about visitor numbers. Festival management is a bit like childbirth in that when you’re going through it, it’s hideous, but then the event itself goes well and there’s a bit of a buzz and gradually the pain of it all gets forgotten about. I have events every weekend for the next month but after then……I can smell the sweet scent of freedom! 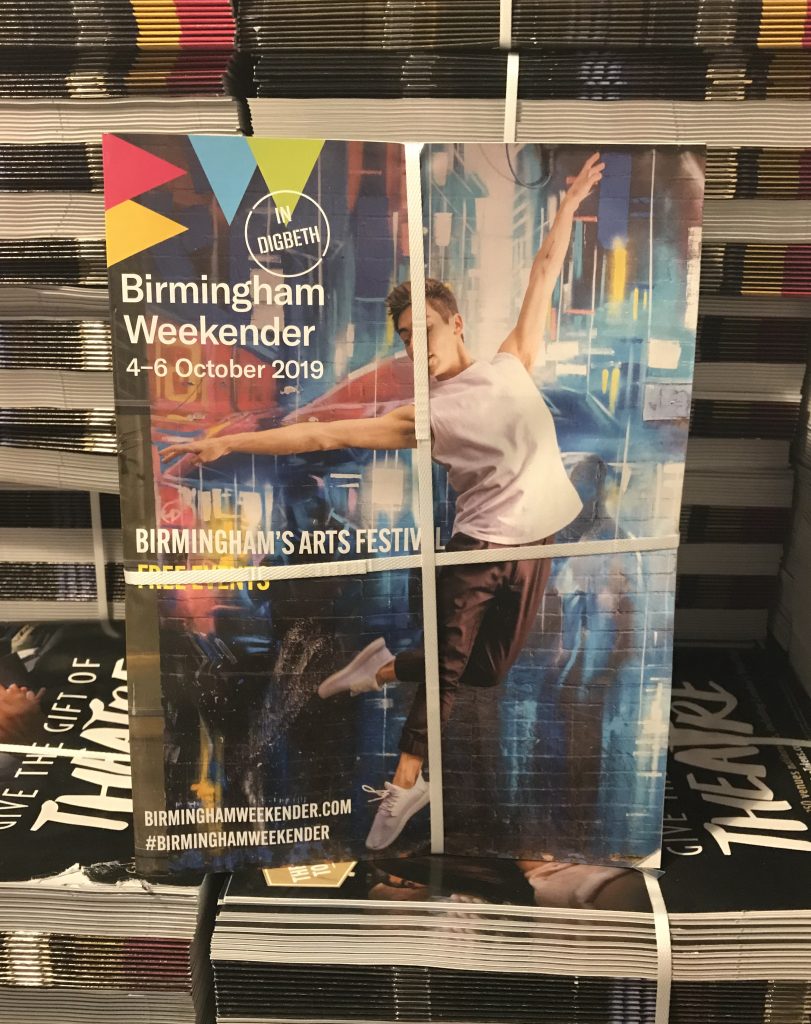 September is harvest time. Whether it’s babies, festivals or produce, it’s time to reap what we’ve sown. This week it’s time to bring the hops in which – as ever – are tall, majestic, and now expanding outwards to take over entire beds.

Some items are always a mystery though. This monster has turned up where the pumpkins should be – Lord knows it’s not a pumpkin – but I’ll leave it be in case it ripens up into something interesting. 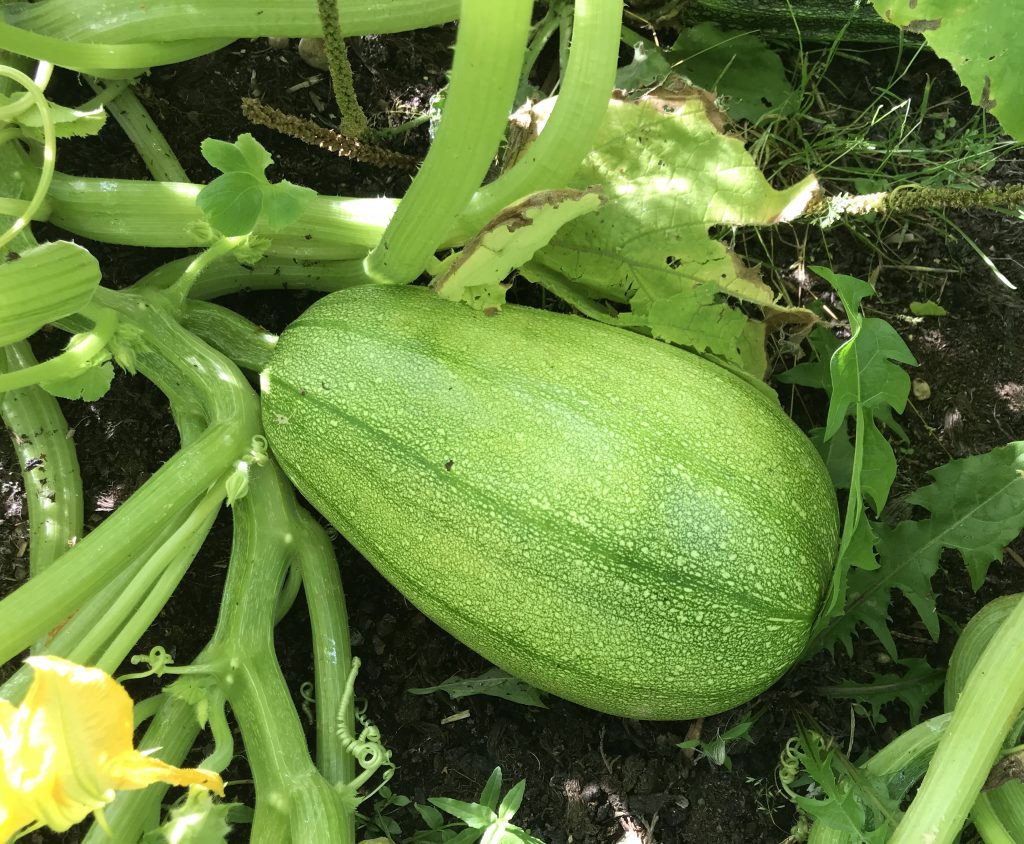 The leeks and parsnips have done OK and I pulled a first harvest for Harry’s birthday lunch on Sunday (what two year old doesn’t want creamed leeks?!). 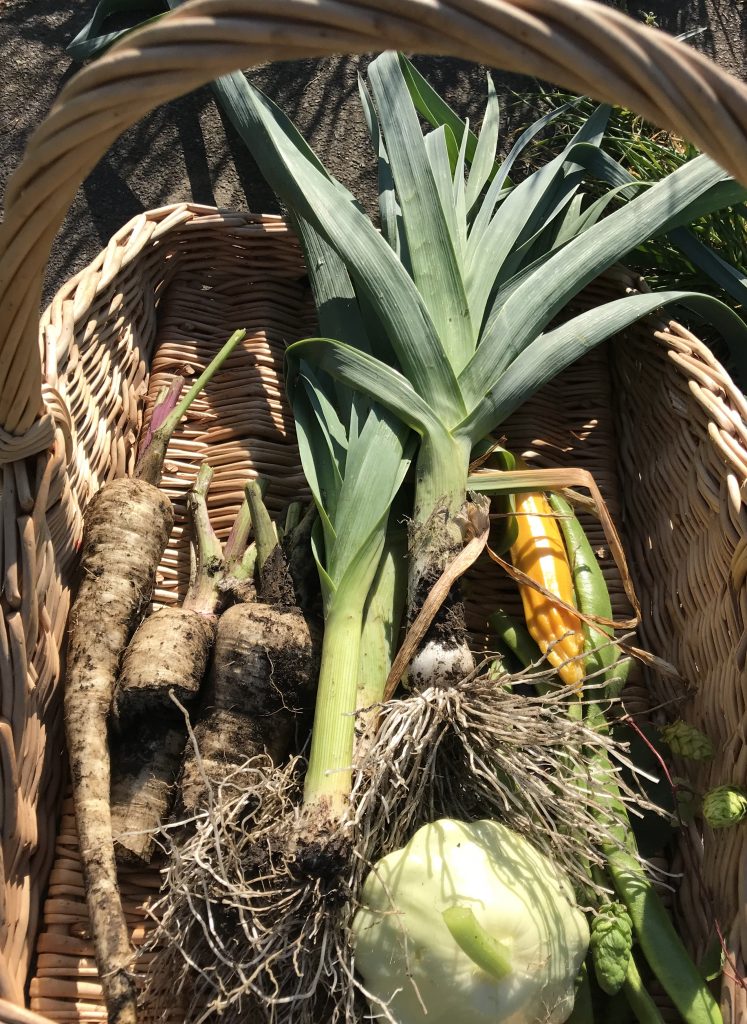 I am picking two baskets of flowers of week, and they’re all wonderfully rich and colourful: after their very shaky start the sunflowers and cosmos have come into their own, and I adore the madness of the strawflowers. As ever it’s always a surprise to me how late the summer colour comes to the allotment – we seem to be a month after everyone else – but when it does come, it’s marvellous. 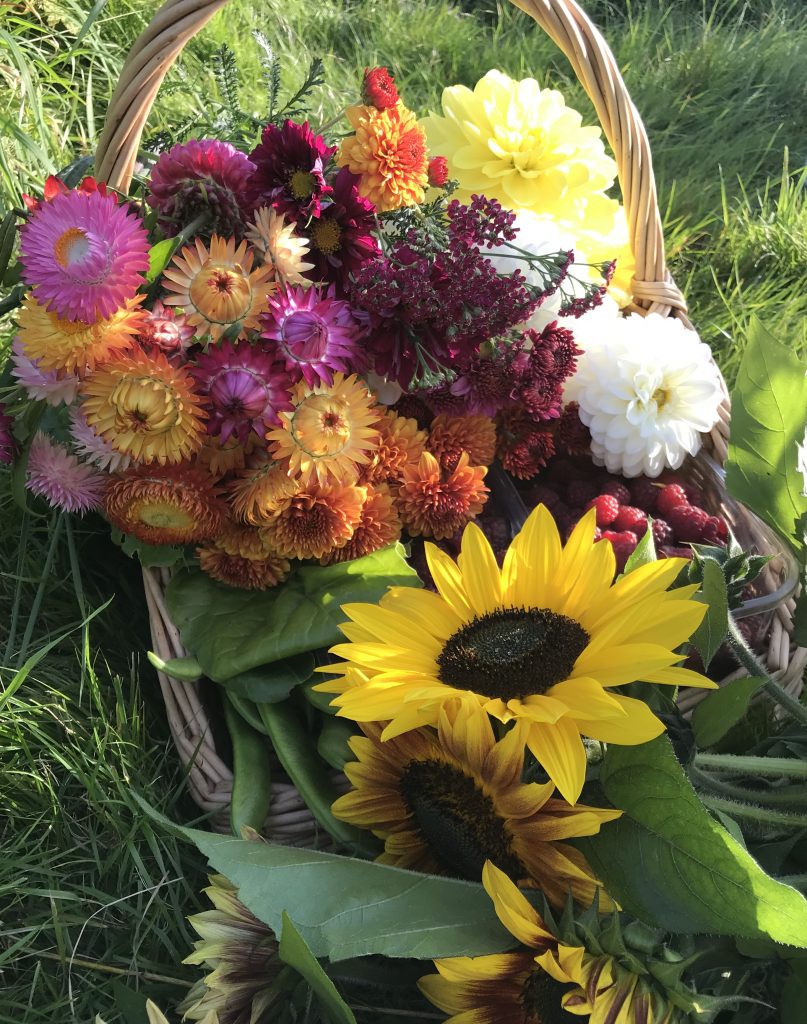 Baskets of sunflower, dahlia, chrysanthemum and strawflower are a regular feature now

At home, the mantlepieces are adorned with vase after vase (rubbish picture I know). 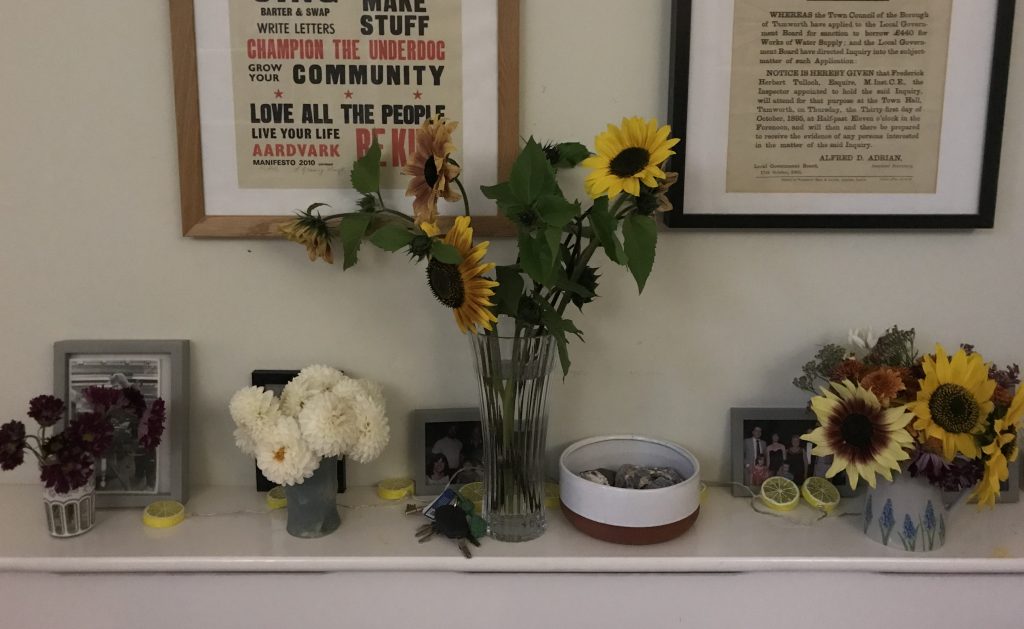 So birthday survived; just 3 big events to get through and then we’ll be all ready for autumn.

Cooking and eating: Birthday roast beef and yorkshire pudding with first leeks and parsnips of the season, birthday cake, beef and mushroom pie from scratch, apple and plum crumble, lots of tomatoes on toast.

2 thoughts on “Reaping what we (didn’t always) sow”