We’ve had a week of outdoorsing it. I took Harry up to Malvern to collect spring water and see how the wild garlic is looking – pleased to report that it’s at its peak right now. We scooped up a few fistfuls (not so much as to cause any damage to the plants, which are innumerable in my secret foraging spot) which Matt then used as the basis for a chimmichurri sauce for steak. Whilst home, we headed to Clive’s to check out the chickens. 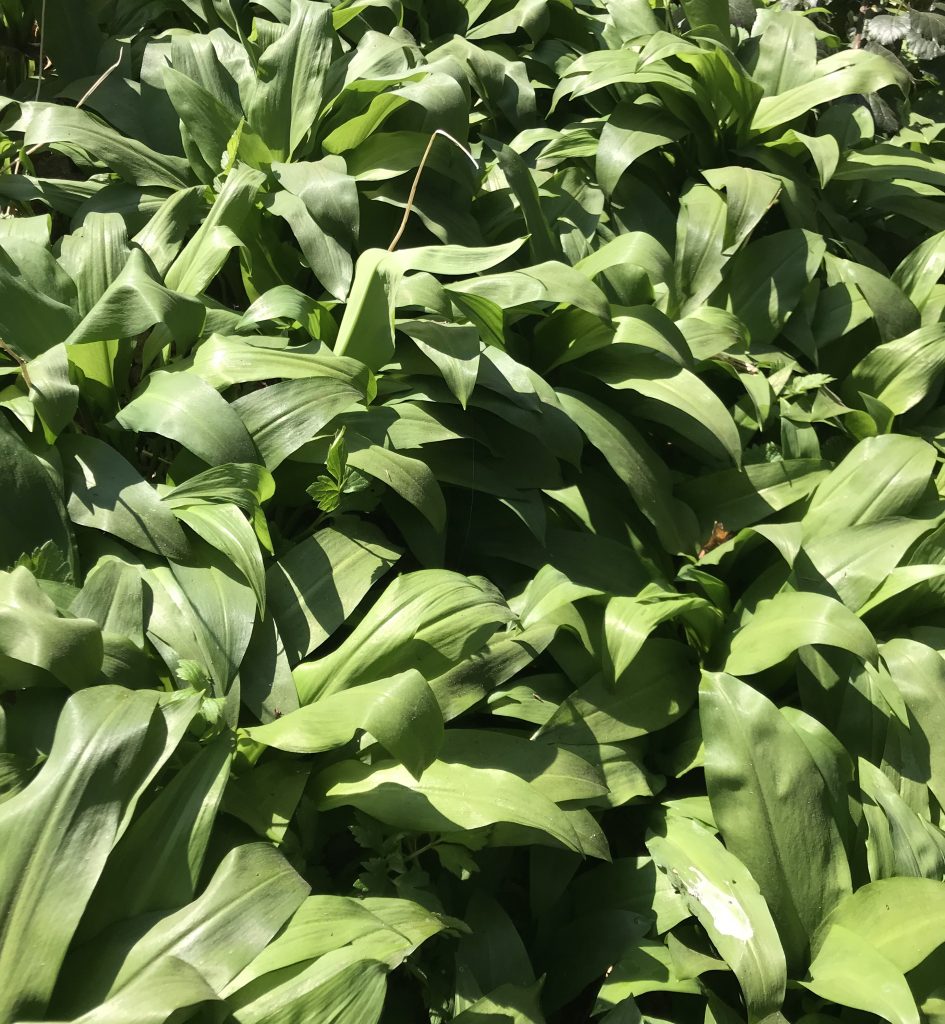 Then this weekend we headed out to border country, Hay on Wye. I used to spend a lot of time in this part of the world and sometimes have deep, physical yearnings to be amongst the cool, damp air, mountains and green. The green of Herefordshire is something else. On Hay Bluff, sheep grazed amidst the aftermath of a recent snow storm, and as we wound our way down the mountainside to Llanthony Priory, streams broke their banks onto the road. 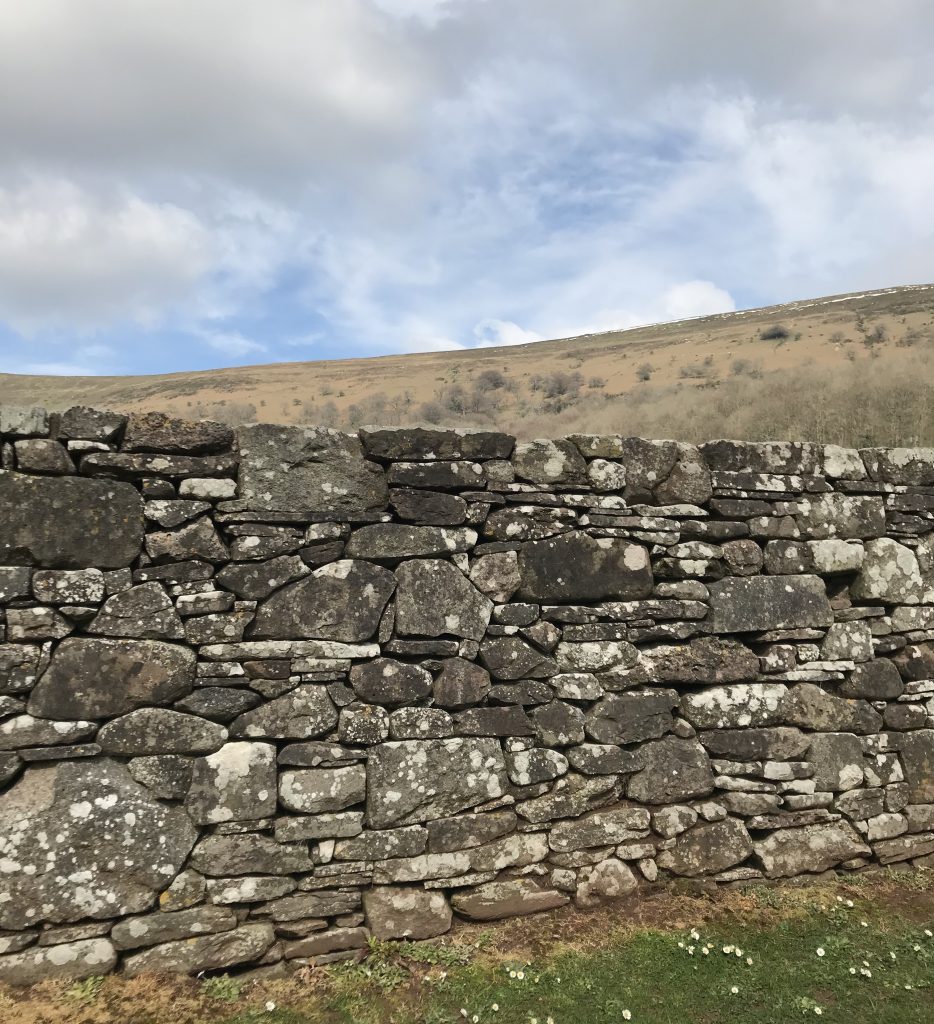 A view from Llanthony Priory

Which all sounds very romantic until you remember that Harry sees 11th century ruins as a potential playground, and regards country roads as BORING. 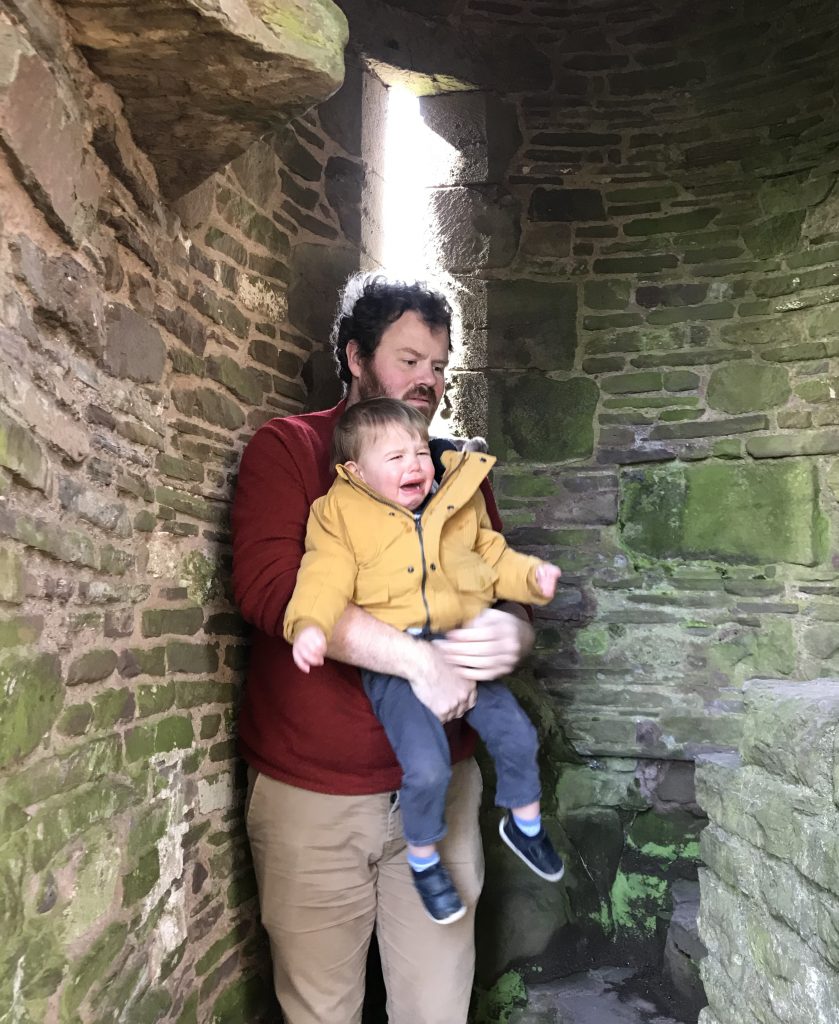 The reality of taking a small child to a heritage venue

Back to more practical matters. The allotment rules dictate that bonfires are allowed only in the months of November and March, a fact I had forgotten until a few days before the end of the month. Matt went down there in a brief gap between family commitments (Mother’s day lunches and Grampy’s 99th birthday party) armed with a blow torch (yes really) to destroy some of last year’s detritus. 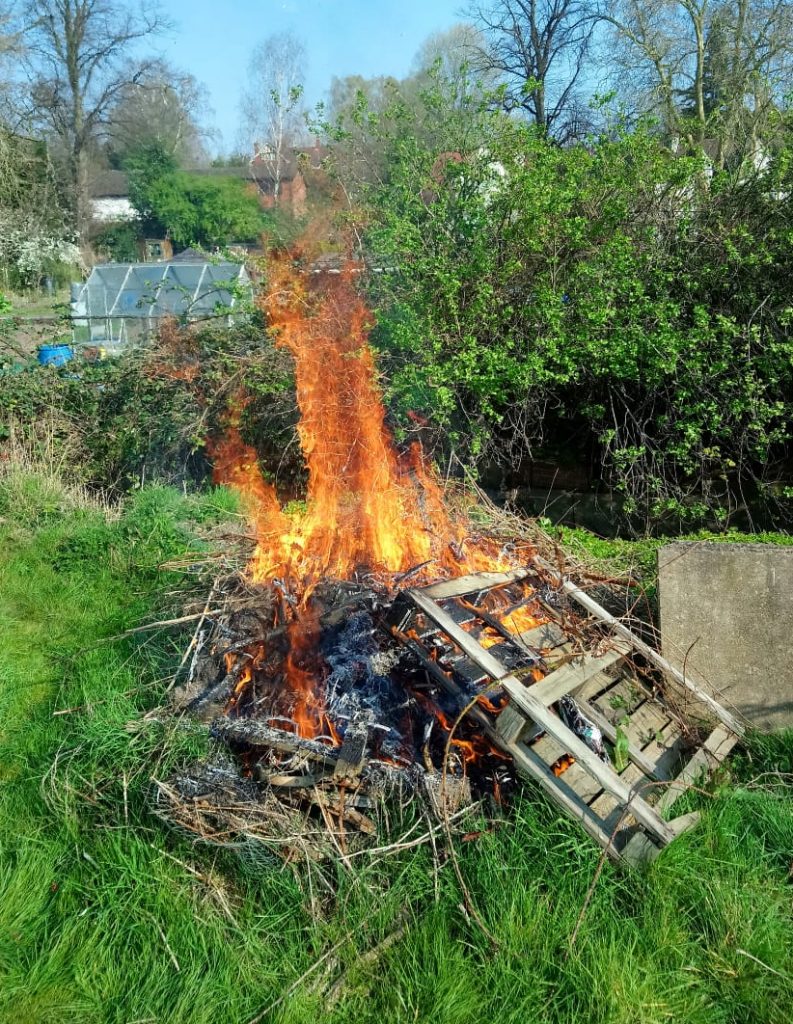 Managed to sneak in a bonfire before the end of March

Meanwhile I used the brief hour of calm after Harry’s bedtime / before Matt gets home to whip up a vat of leek and potato soup for when I hosted a working lunch the following day. Soup is fine as far as it goes – easy, cheap, nutritious – but it can be dull. A spoonful of this rocket and hazelnut pesto, stirred in on serving, gives the poke that it needs. I turned to rocket as I had some in the fridge – ditto with the hazelnuts, I just happened to have some on hand – and was delighted at the results. I can’t help but think that some of the wild garlic from the previous weekend would have also been a welcome addition.

No quantities with this, you just have to use your eye and trust your tastebuds. In a food processor, blitz together a few handfuls of rocket, a handful of basil or Greek basil, a small clove of garlic, a chunk of parmesan, handful of hazelnuts, small pinch of salt, small squeeze of lemon with a trickle of the best olive oil. Keep blitzing until smooth, taste, then adjust your seasoning as you fancy. Keeps in the fridge for several days. 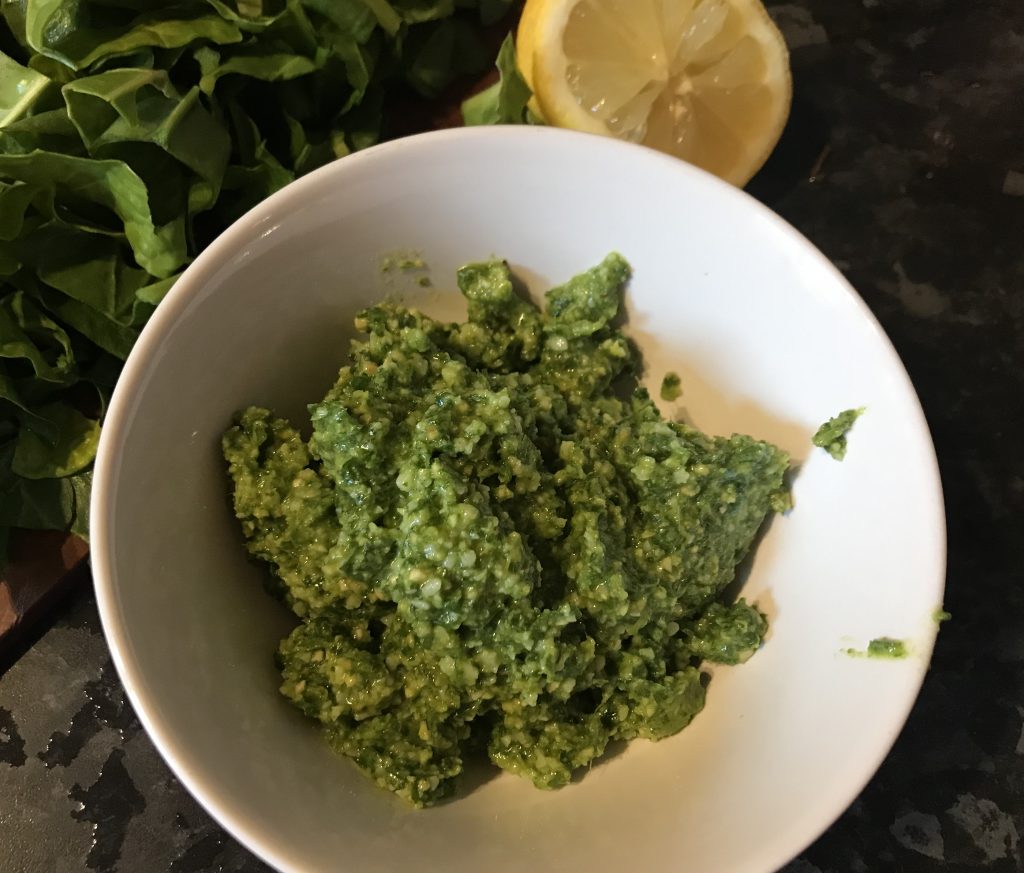 Growing: Started off rocket, dill and violas. The dahlias that I potted up a few weeks back are starting to sprout.