I’ve been so heads-down with work that there has been little or no  time for anything else. This isn’t a good way to live, all out of balance… It’s also not a good way to work actually. As the great composer Claudio Monteverdi once wrote, ‘good work and haste do not go together’. Sometimes the best ideas arise from simply doing nothing.

It’s now June, allegedly summer, although the gale-force winds this week would make me question this. Amazingly, the sunflowers are still standing. There’s very little to harvest though, just two rows of lettuce. It seems that the Hungry Gap lasts well into the year in Birmingham (my history books always taught that March and April were the sparse months when the peasants suffered; that is ripe for revision me-thinks).

The allotment fox, on the other hand, is well-fed and healthy. He/she left a quite mesmerisingly large amount of poo next to the raspberries; this photo does not even begin to do it justice. (I think that Springwatch has made it OK to put wildlife poo on the internet.) 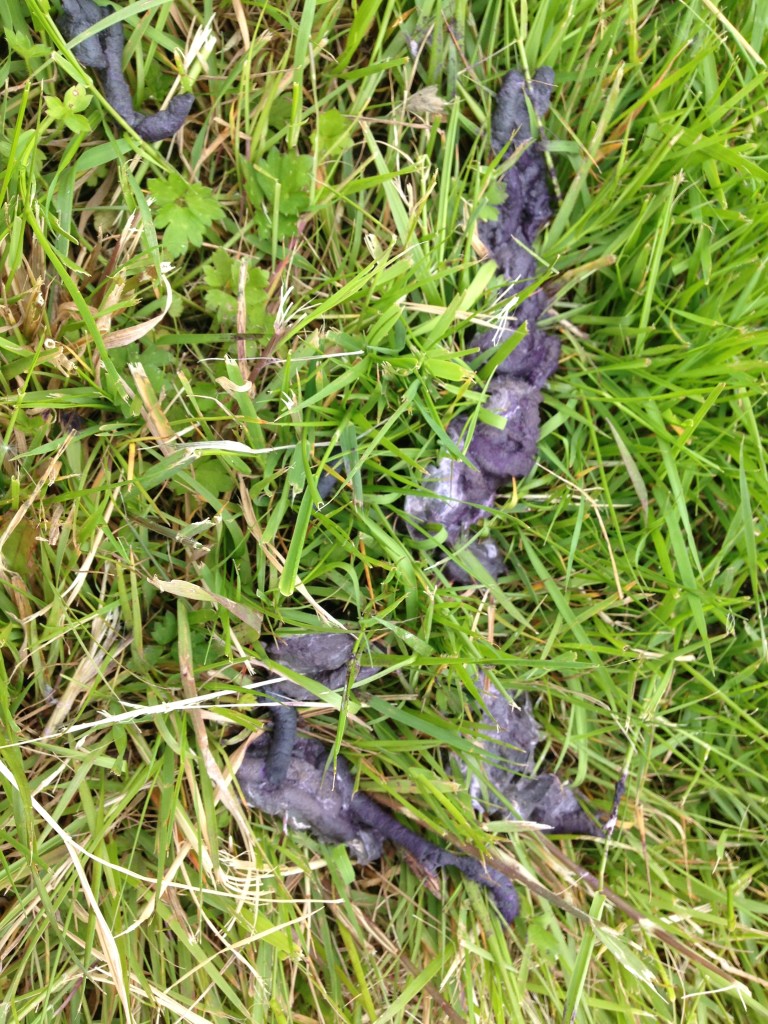 Fox droppings. Think it perhaps is suffering from too many berries.

I’ve had to net the strawberries after two wildlife attacks. The first saw the only ripe fruit disappear, but the second saw unripe fruit separated from the plant and dumped on the plastic matting. Perhaps foxy had a disappointing supper after all. 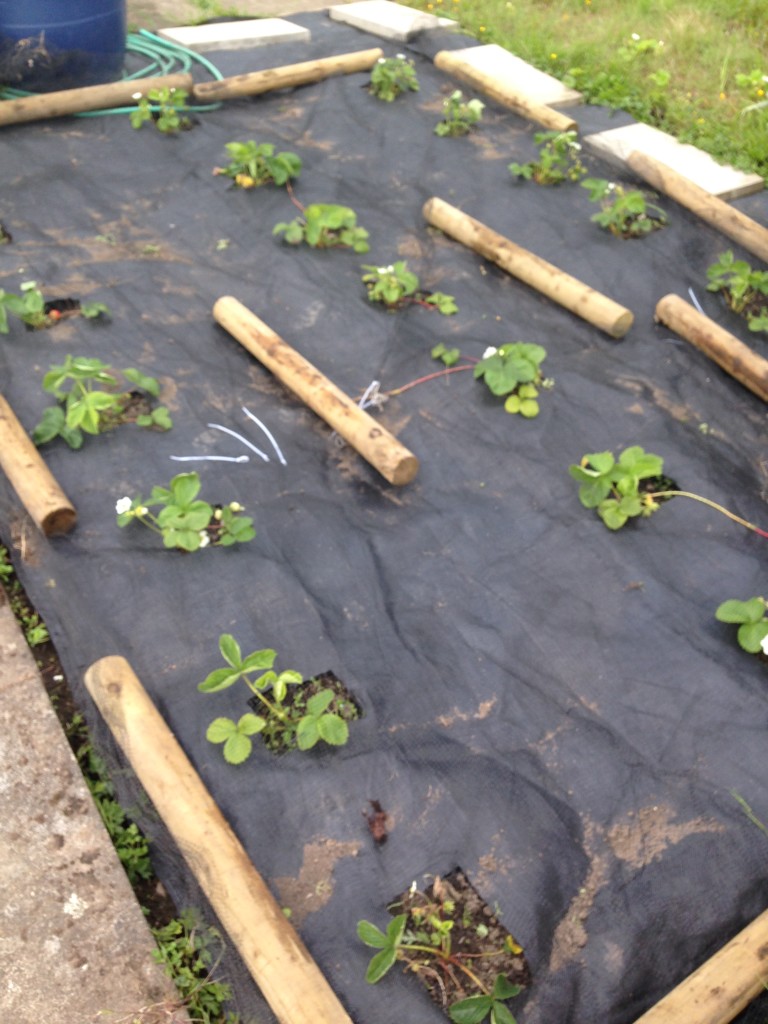 I weigh the netting down with old lengths of wood

Other than the interminable weeding, all there is to do is watch and wait until the summer bounty is ready.