It’s still touch and go on the allotment. The brassicas and perennials are doing just fine, but the cut flower annuals are the worst they’ve ever been. Even the sunflowers seem stunted. I am uncertain what the problem is….perhaps the evenings have been too chill, perhaps the weather too dry, perhaps the seedlings were too weak to be planted out. I don’t feel that I’ve done anything differently from previous years though…it’s a mystery. 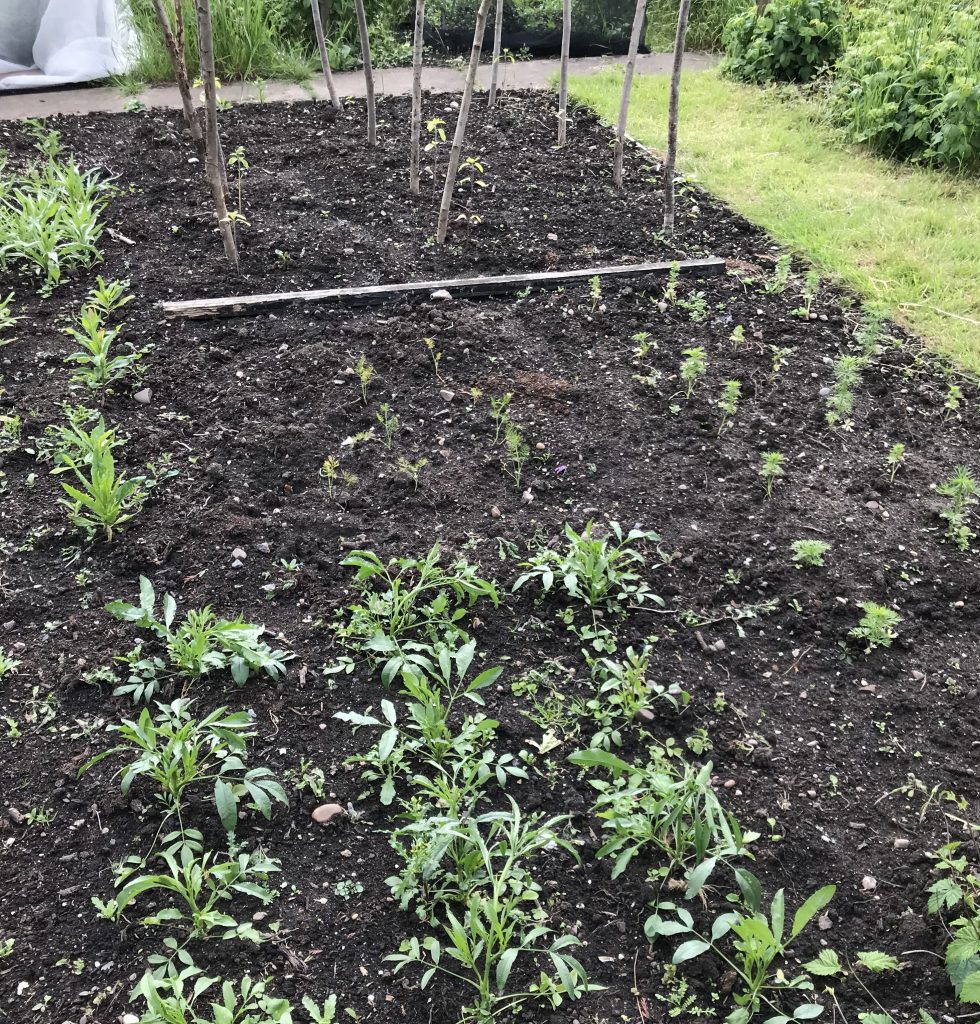 Most of the cut flowers are far from thriving

In the meantime, I’ve been working on my cinnamon bun recipe. I am sure posts with follow, but with The Nordic Baking Book by my side, and inspired by those amazing Copenhagen bakeries, this was last weekend’s efforts. 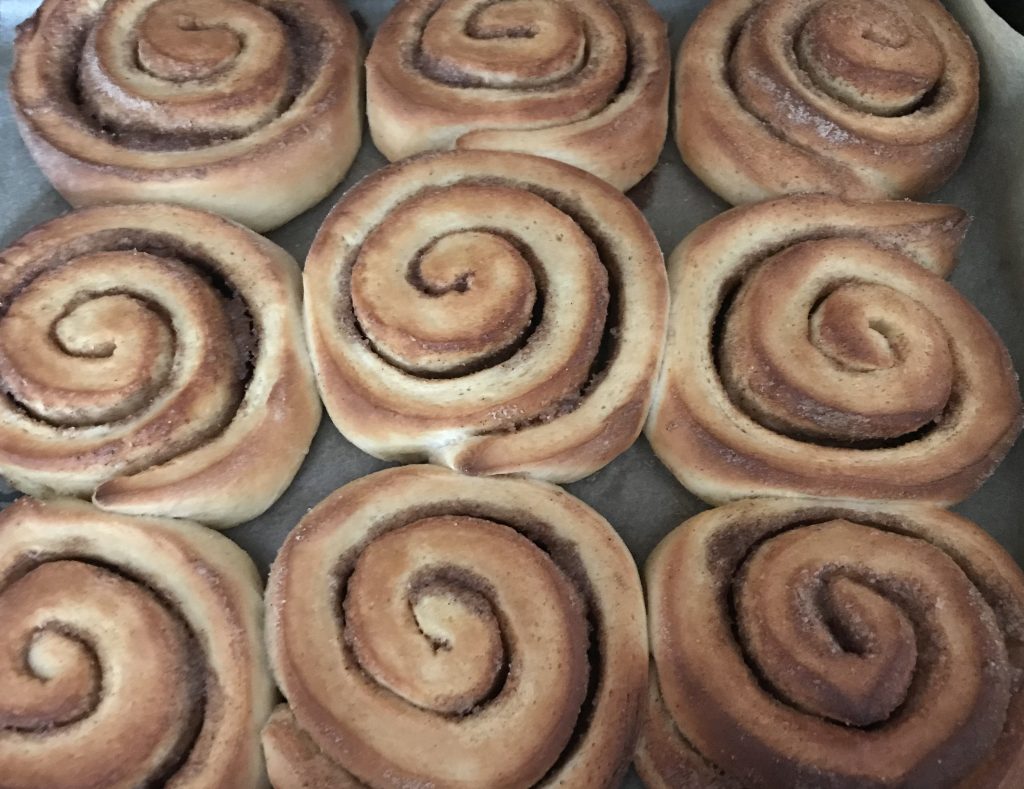 Been experimenting with my cinnamon bun recipe

I have got into the habit of keeping a stash of cinnamon buns in the freezer for emergency breakfasts / snacks / comfort. And speaking of freezer food, this Red beans and ham dish is a new addition to the bulk cooking repertoire. The recipe comes from Jamie Oliver’s American cookbook, inspired by the frugal cuisine of Louisiana and the Southern states. Frugal it may be, and simple, and nutritious (all those beans…) but the most important thing is that it’s incredibly delicious. If you think that you don’t like kidney beans, try this and have your perspective changed.

The first thing to do is get hold of a hefty piece (around 2kg) of smoked gammon or a ham hock. The hock will shred more easily plus you’ll get all the bonus flavour from the bone in your stew, but a piece of gammon is easier to find. Either way, it really must be smoked. Then the day before you wish to cook, soak 500g dried kidney beans in fresh water for several hours.

When you’re ready to cook, plonk your hock or gammon in a large stock pot, cover with fresh cold water, bring to a simmer, then drain the water away completely. This helps remove excess salt from the meat. Replace the meat to the pot with the soaked beans, 2 tins of tomatoes, 4 sticks of diced celery, 2 diced onions, 1 bulb of garlic with its neck sliced off to reveal the flesh within, 1 tablespoon dried oregano, a few bay leaves, a few sprigs of fresh thyme, 1 tablespoon sweet paprika, 1/2 teaspoon cayenne for a subtle kick and a good grind of black pepper. No salt, due to the saltiness of the pork. Top it up with about 1 litre water, so the meat is covered.

Place on the hob and bring to a fast simmer for 5 minutes, then leave to putter on a low heat (lid on) for about two hours, until the beans are soft. Give it a prod every now and then, topping up with water if it looks dry. 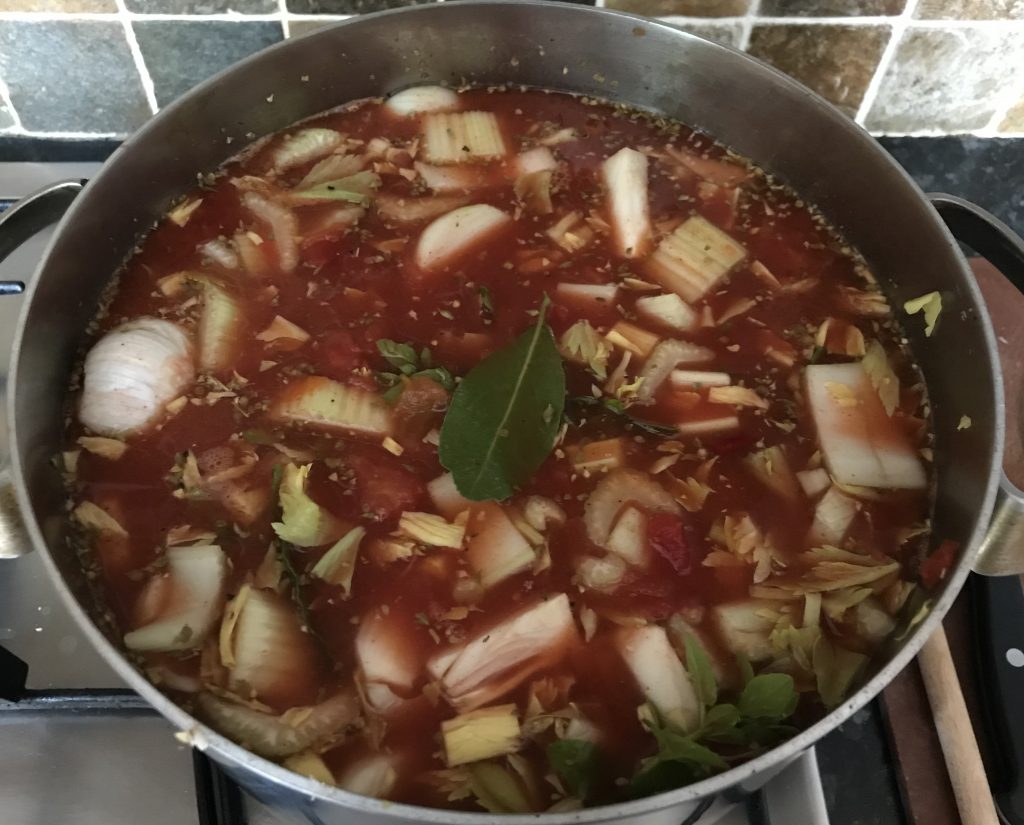 Simmer ham and beans with tomato, stock veg and spices for a few hours

Once the beans are cooked, remove from the heat and leave to cool slightly. Fish out the garlic skin and any herb stalks that you find. The meat needs shredding so remove the hock or gammon from the pot, remove the bone and any excess skin and fat, then shred into large chunks and set aside whilst you finish the beans.

Place a few ladles of beans into a bowl and use a potato masher to break them down. This makes a thick, creamy mixture that will help to thicken the beans. Replace to the pot with the ham and give it all a good mix; If the beans are too watery, cook with the lid off for a few minutes to reduce. Season to taste – a little cider vinegar may be just the trick.

Serve with rice, a dollop of sour cream and something fresh and crunchy – lightly dressed salad leaves or a chopped guacamole. This recipe makes 8 generous portions so it’s great for a crowd, but any leftovers will freeze excellently. 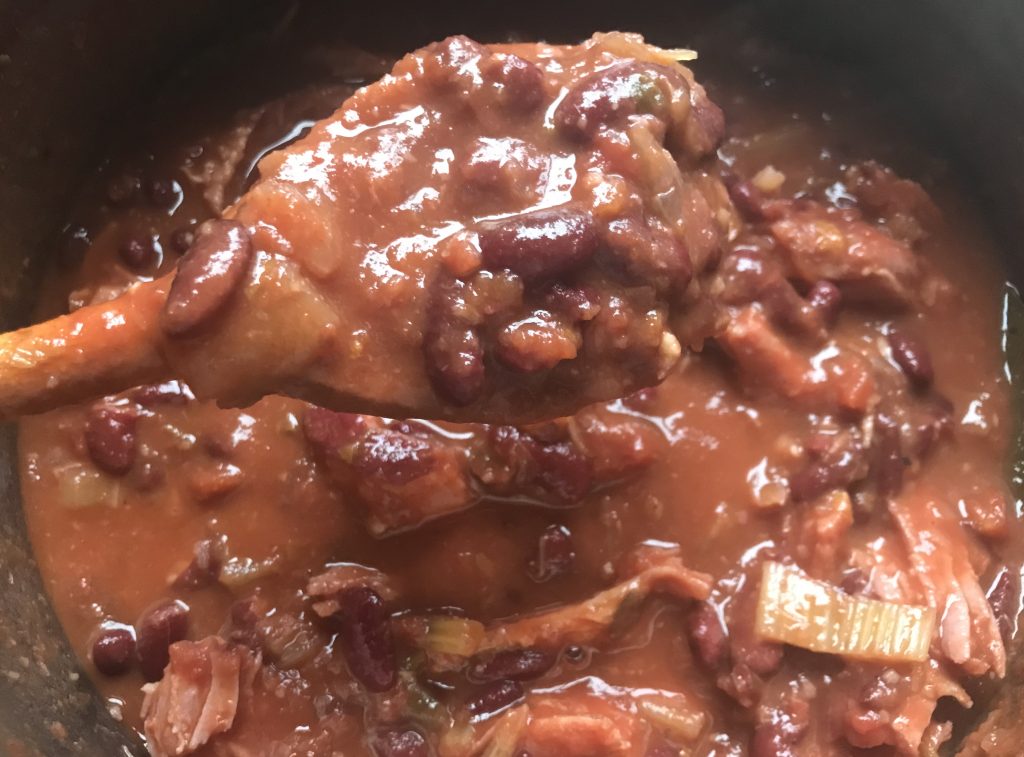 A few hours later, pull the pork into the spicy red beans for a frugal but incredibly delicious dinner