After the months of dry, we’re now blessed with days of gentle summer rain. The greens have responded with gusto – we now have lettuce! And kale! And chard! The little patch of salad and brassicas finally looks how I would have hoped it would look back in May – brimming with growth. Even the new climbing beans that I planted a few weeks back are doing well. The lesson is that my skills in propagation have this year been lacking, and that water is everything. 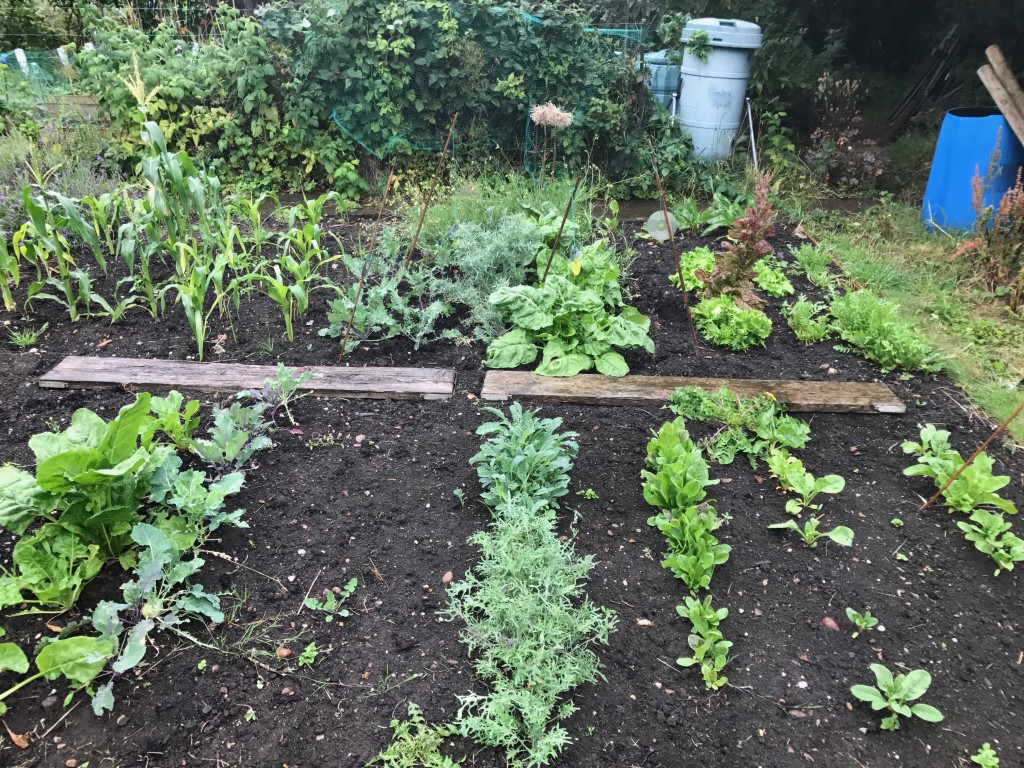 Finally, and as predicted, the sunflowers have perked up and many reach to my head height. They’ve timed themselves well, for they’ll be ready to pick just as the July cornflowers and sweetpeas fade away. 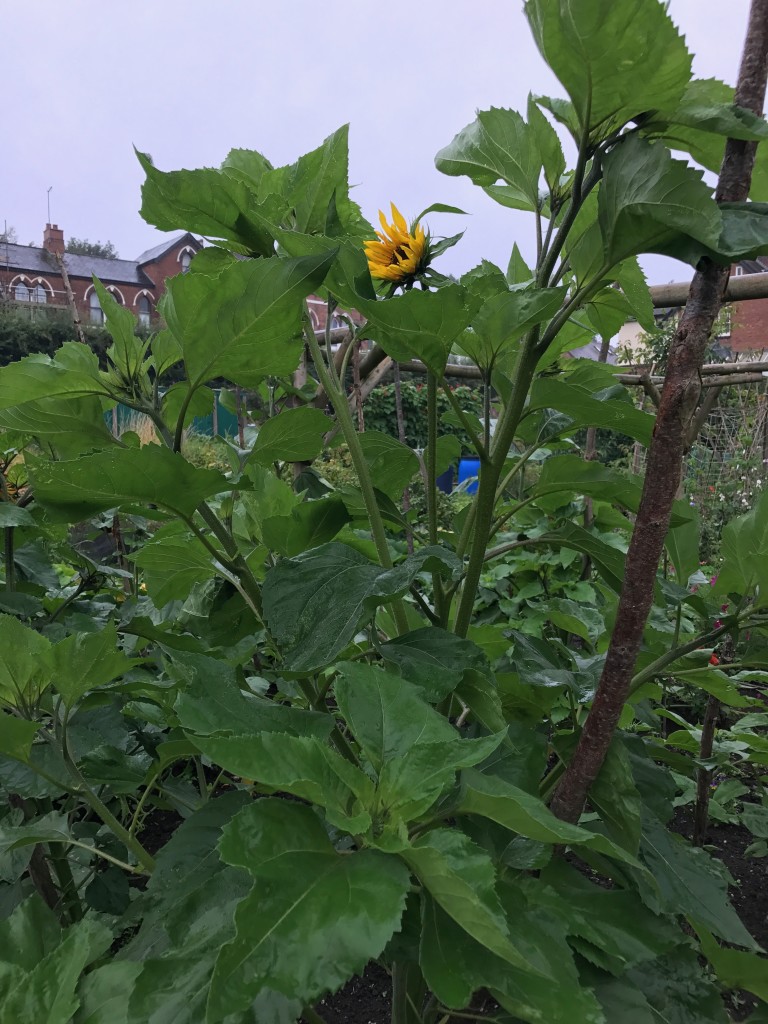 It’s the vine fruits that are really romping away. We have autumn squash the size of basketballs, daily courgette and spaceship squash, and – another type of spreading vine – the nasturtiums are epic this year. 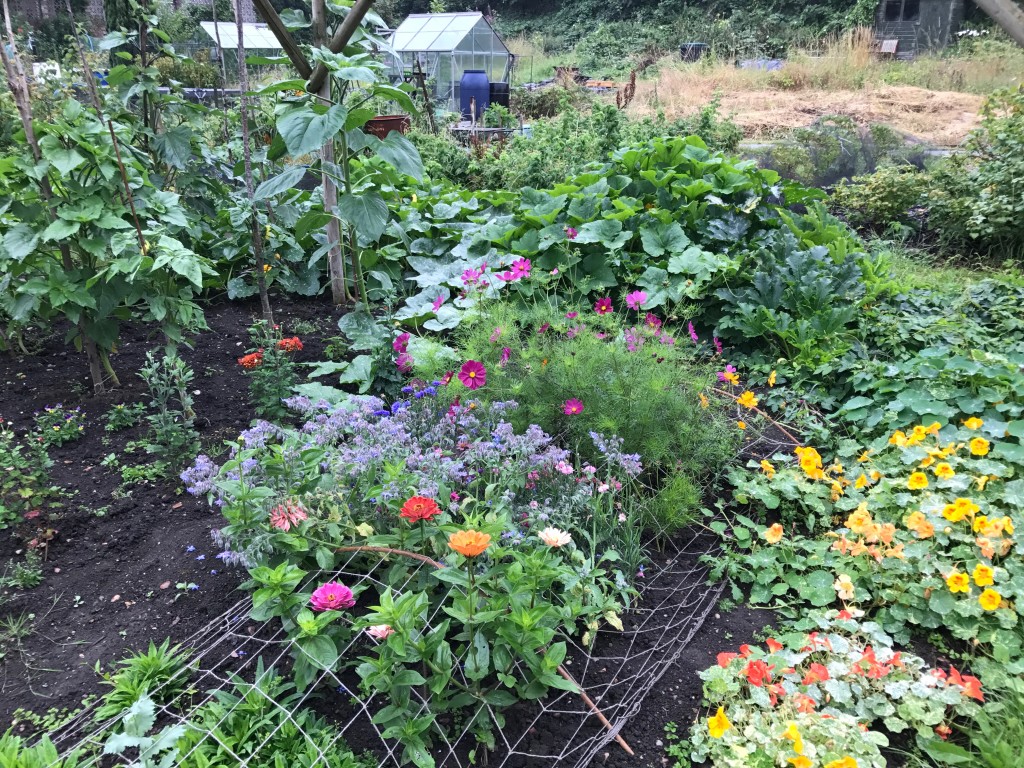 The nasturtium are epic this year, with zinnia just beginning to bloom

Each year I discover that something has grown to a massive size utterly unnoticed – usually it’s a weed but this year the surprise is rather more pleasant. Hidden in the back of the greenhouse I have discovered two plump aubergine, rather battered in appearance (the caterpillar discovered them before I did) but nonetheless elegant with their purple sheen. 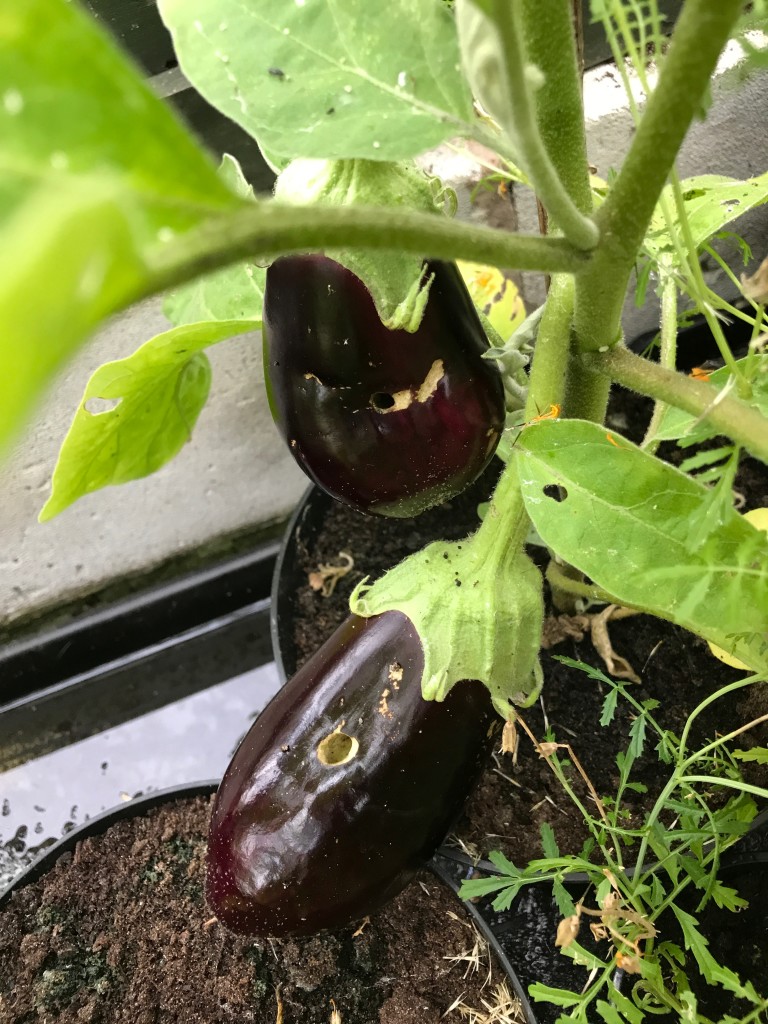 Two surprise aubergine, though the caterpillars have got there first

More more excitingly, the stars of the greenhouse show are the ugly, fat, fiorentino tomatoes. They are a mess of crevices and cracks, lumps and bumps, and I love them for it. The temperatures over the last fortnight have not been great for tomatoes – too great a dip between highs and lows – and blossom end rot has made its usual and unwelcome appearance. One must be philosophical: the rain makes the flowers grow, and the tomatoes pay the price. Yin and yang. 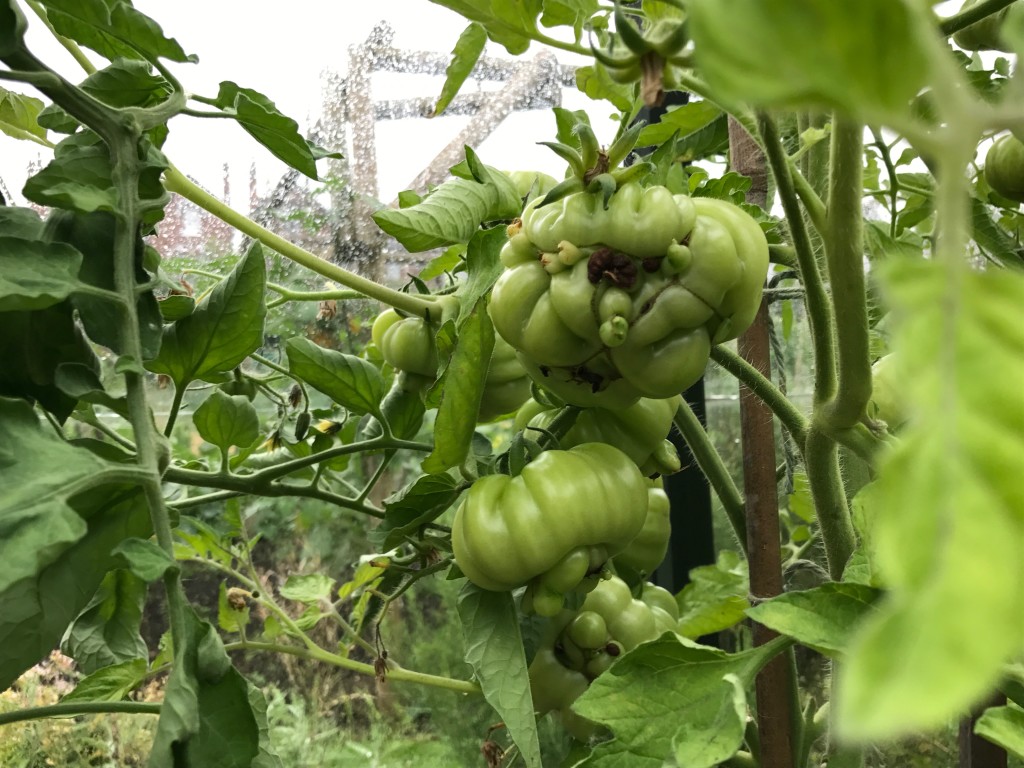 The ugly fiorentino tomatoes – if they ripen – will be epic! 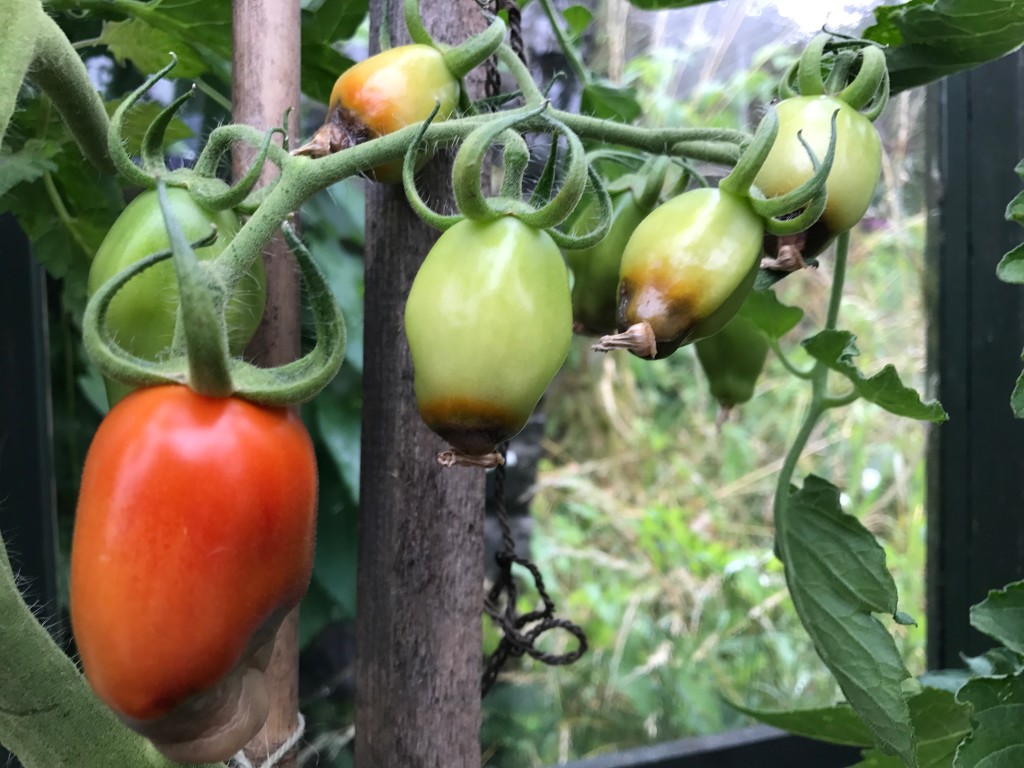 One thought on “Summer rain”