An unforeseen pleasure of breeding, currently, is that this is the first summer since 2014 where I’ve not had a festival to organise. Except as I write this I remember that I am actually working on a festival as I speak. So let’s rephrase: it’s the first summer since 2014 where I’ve not been living, eating, sleeping and dreaming brochure deadlines, budget overspends, overwrought colleagues and where to put the sodding feather flags (this year’s Festival works at a gentler pace….so far….).

In about March, when that vile, dark, cold winter ended and 6-month-old Harry became more of an actual human (tiny babies still terrify me), I decided that I was going to really try and make the most of this summer. There would be barbecues! Days out! Allotmenting! Paddling pools! Ice-cream! And reader, I am keeping to that pledge.

In the last ten days I’ve taken my ever-patient child around two world-class gardens for some veg-patch and herbaceous-border inspiration. Last weekend it was Kew, and last week was Hidcote. Veg-patch visiting with a baby in tow does complicate matters slightly – Hidcote in particular is not very accessible, though they are doing their best. Of course Victorian (male) gardeners did not design with 4×4 buggies in mind. And at Kew, we were able to get into the newly-restored Temperate House but obviously did not explore the upper balconies, especially not in 30c heat. 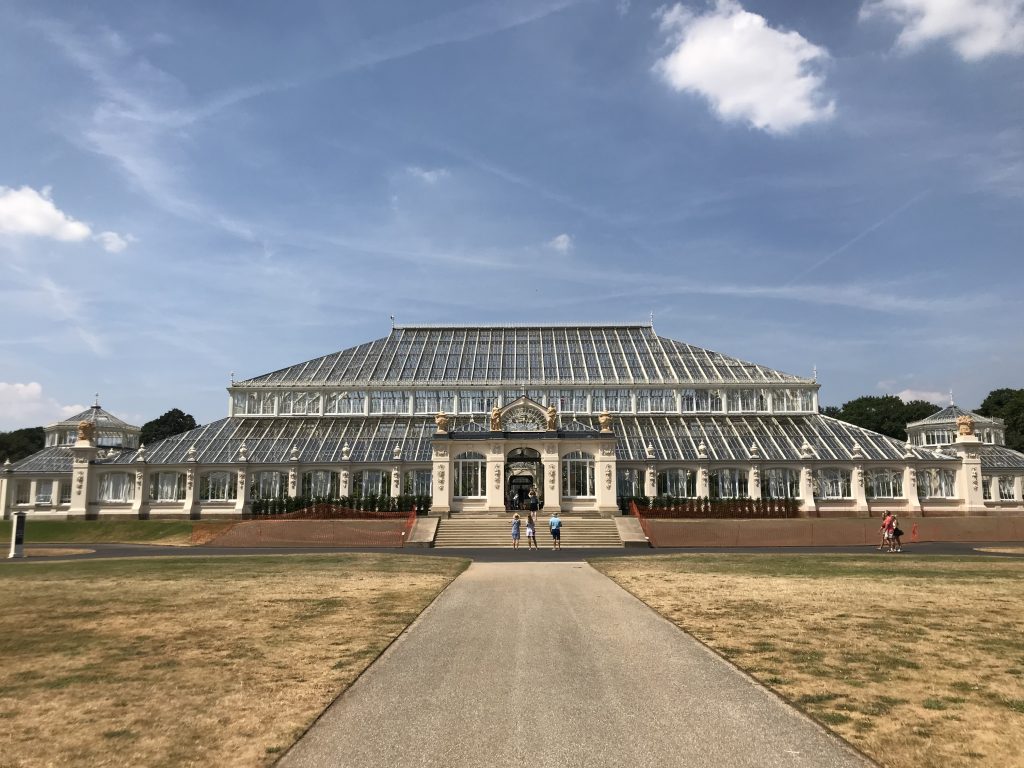 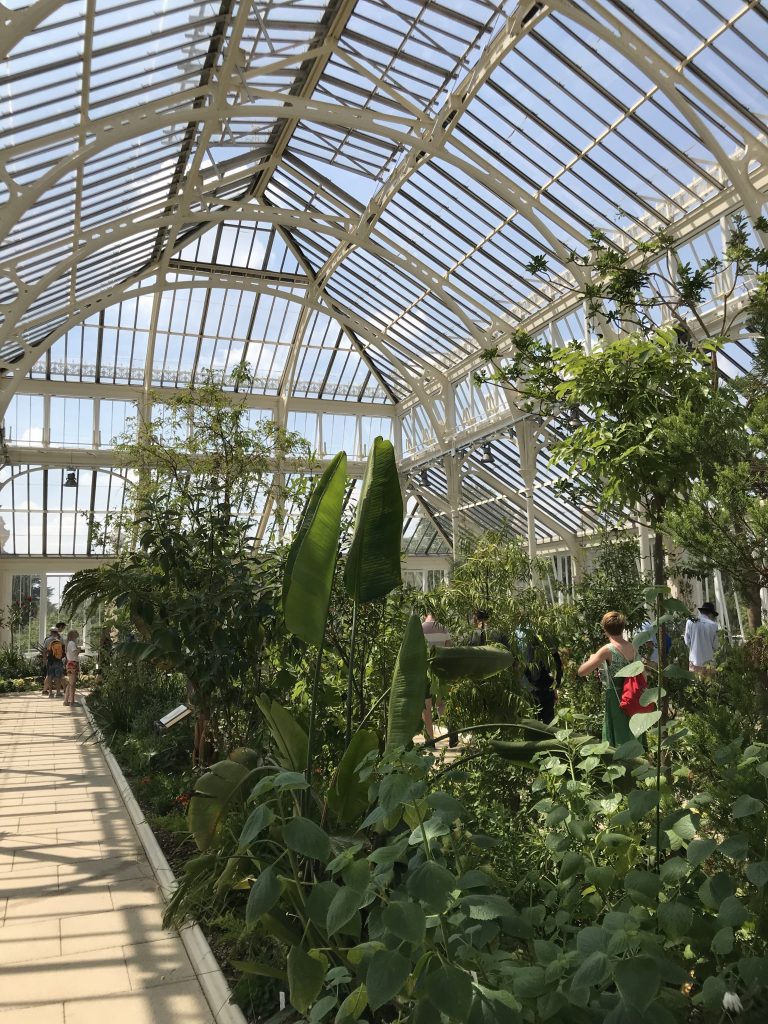 Aside from the Temperate House, I was keen to see the Hive installation. Earlier in the year I worked with a producer who had planned the opening of this artwork-come-engineering project, for which I have a streak of professional envy. I have no idea how the science works, but the structure hums and lights up in sync with an actual bee hive. 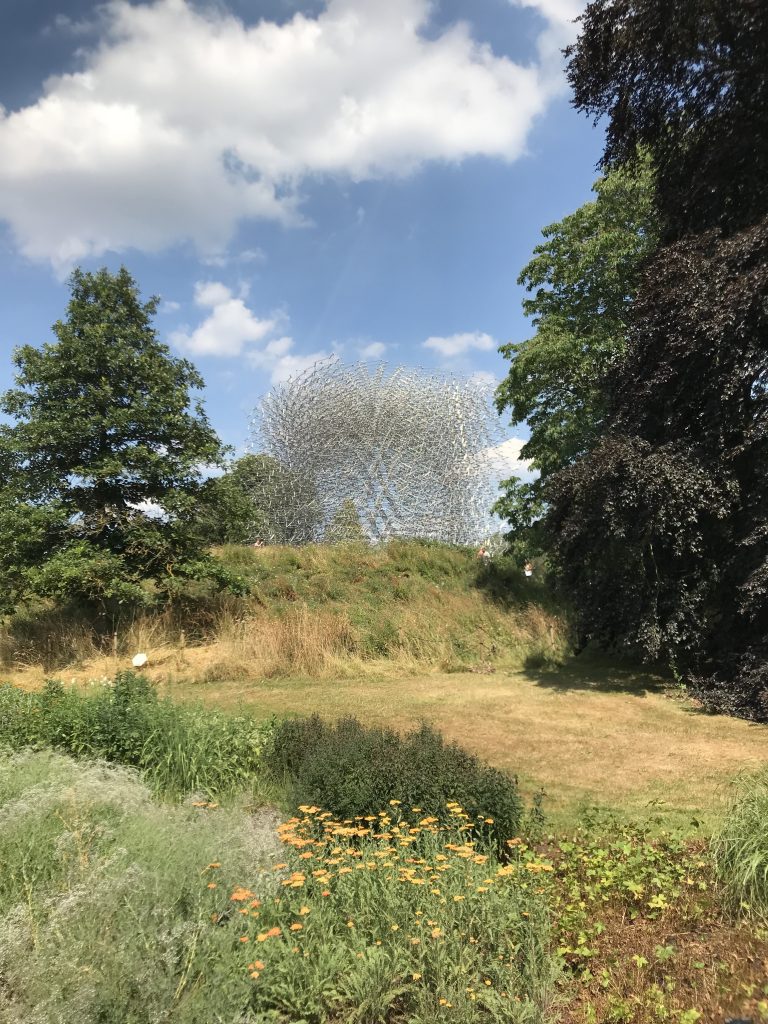 The Hive Installation at Kew

But actually the star of the day was the Marianne North gallery. I had heard of this Victorian artist as a woman who succeeded in her chosen field despite the (patriarchal) odds being against her, but actually it’s the impact of the hang that takes the breath away. You can not help but say ‘wow’ when walking into this space, packed close with hundreds of finely worked botanical paintings, created in the field in Java, South Africa, the Americas, you name it. She painted all these whilst wearing ridiculous skirts and a corset. She told the men where she wanted her gallery to be built and how they were to display her paintings. What a woman. 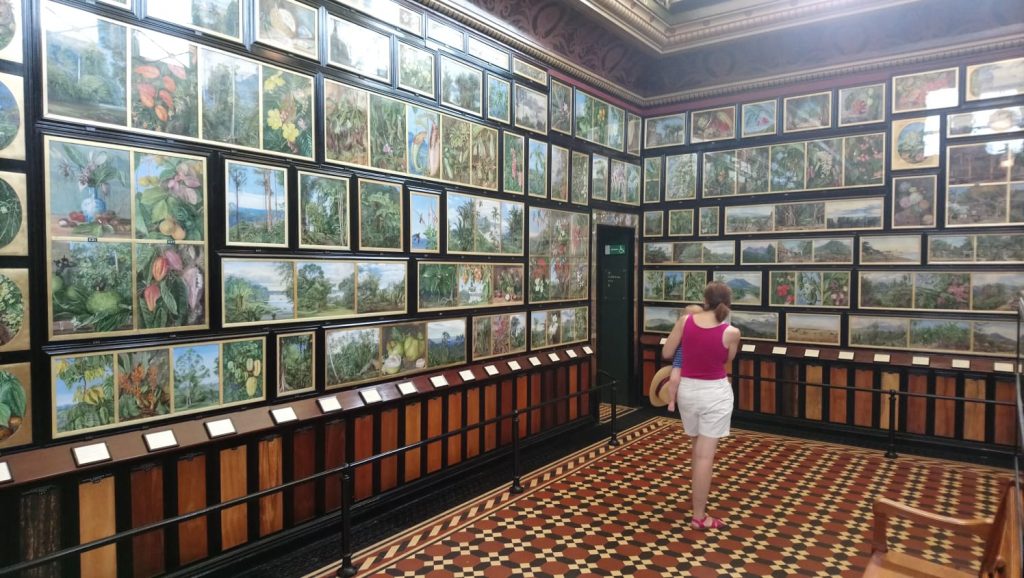 Obviously there was still time for veg patch gongoozling, particularly of the trend for adding cut-flowers to the beans and tomatoes. My cornflowers never look as good as this. 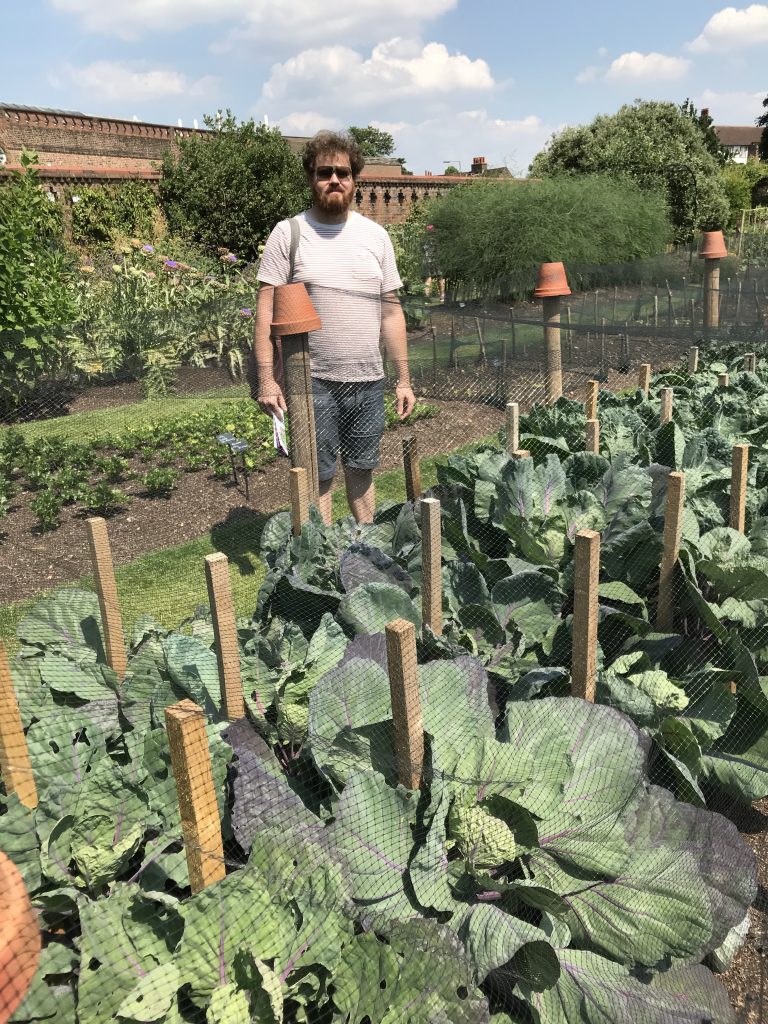 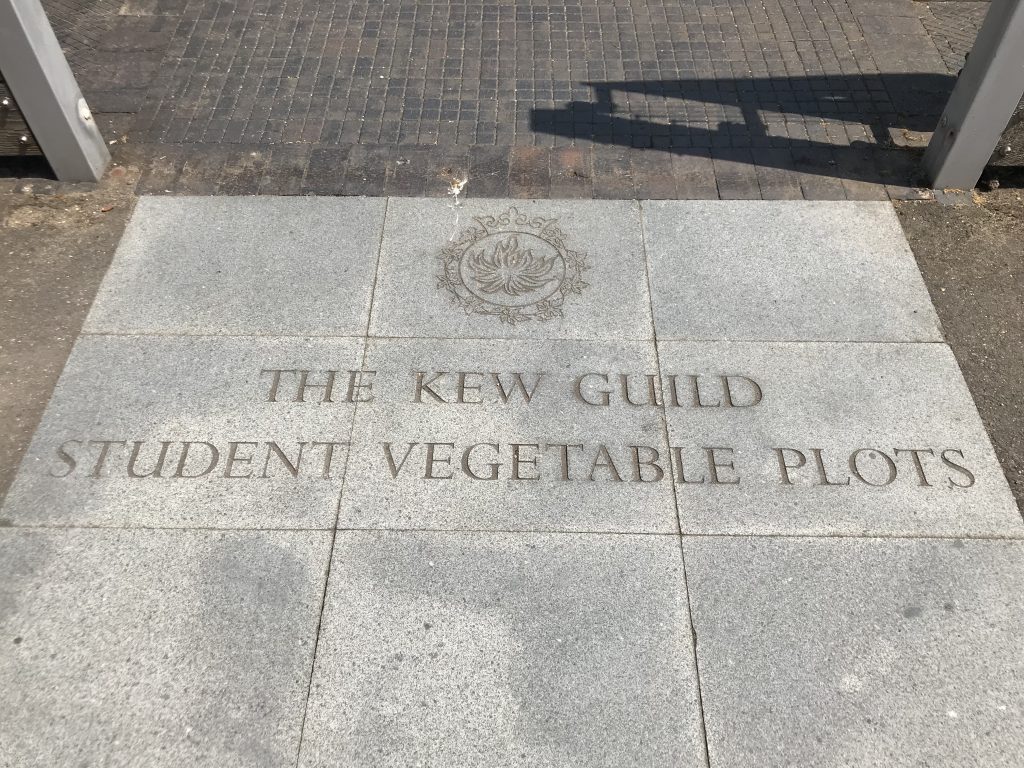 Get ready for veg patch envy… 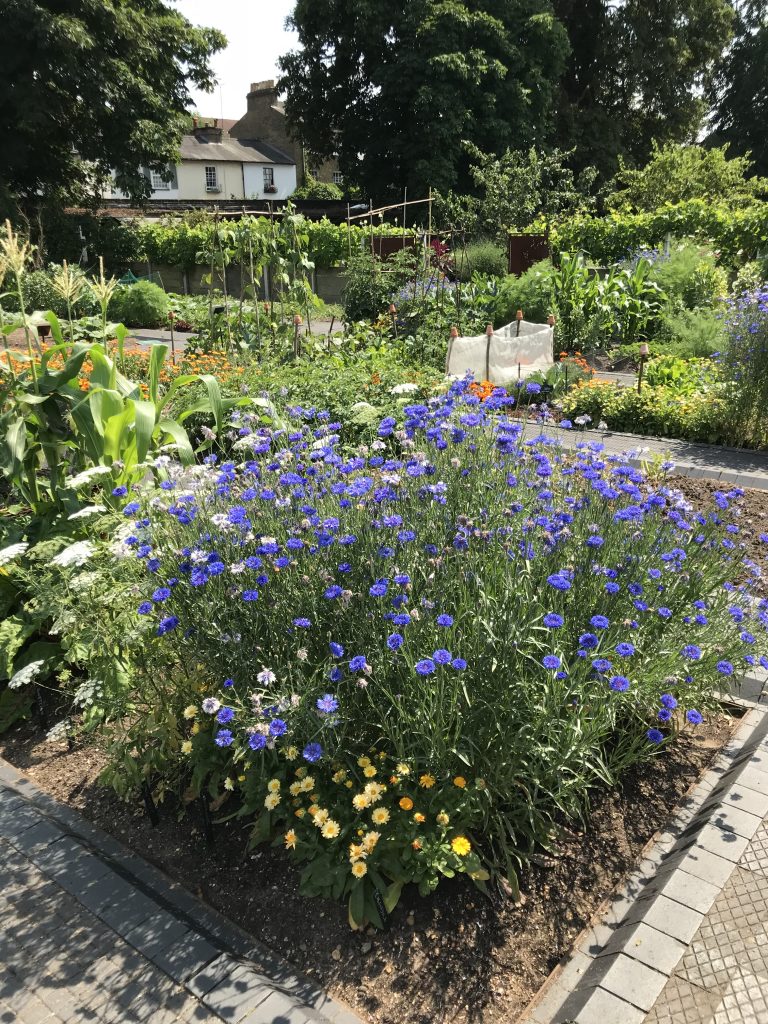 Excellent veg patching, in particular this bush of 4 foot-tall cornflowers

Inspiration at Hidcote was of a more sedate order, not least because I was unable to get close to the planting with the buggy. The roses are over now, with border gaps filled with plenty of grasses and…..lots of other things that I can’t identify. Next time I need to take my Mother to tell me what everything is. 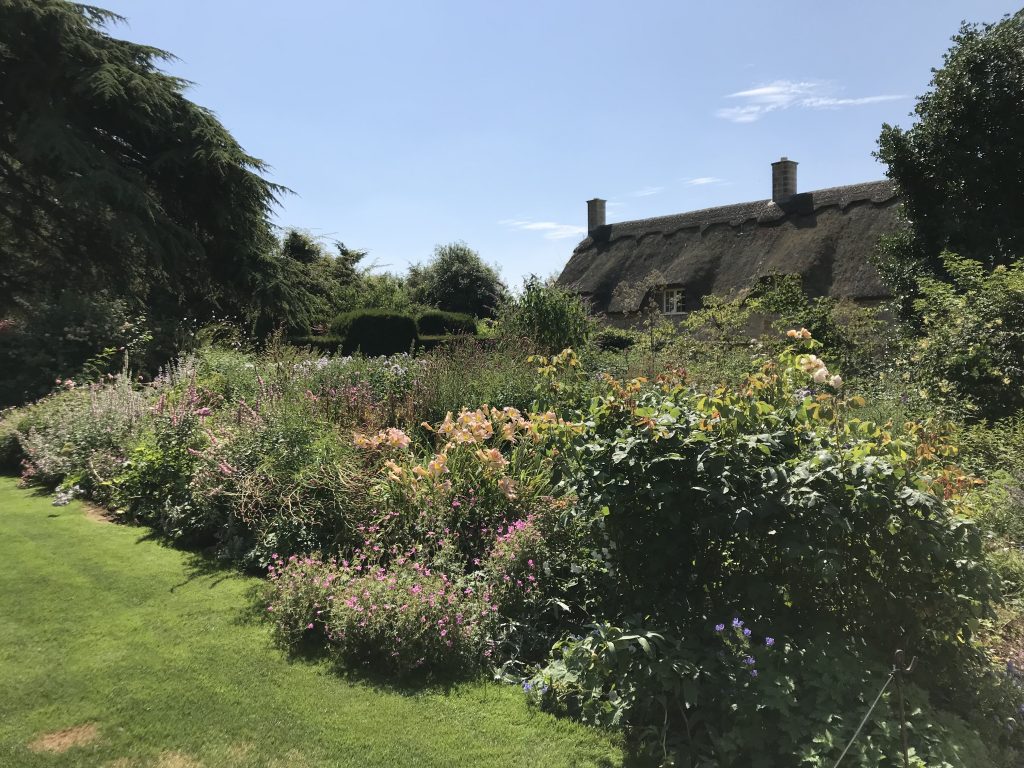 Herbaceous border at Hidcote, alas not pushchair friendly so this is the closest I could get 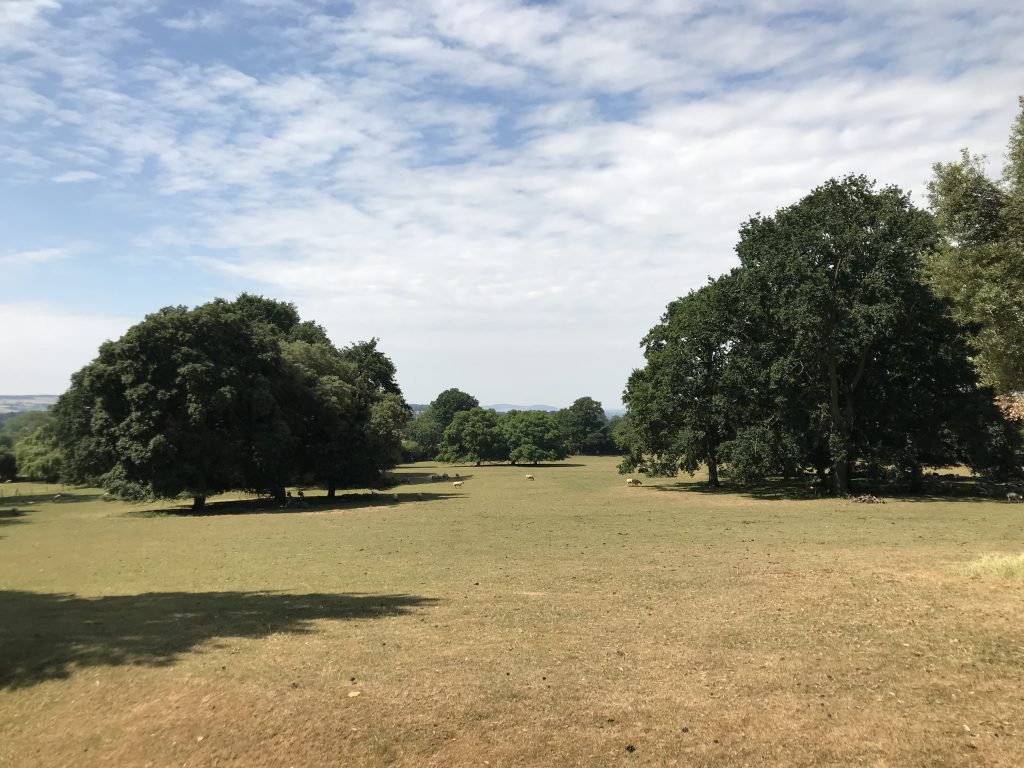 Back home, once I’d finished daydreaming about having a Cotswolds cottage with an arts-and-crafts garden attached, or giving it all up to do a three year course at Kew and indulging in writing a dissertation about veg-patching, I got busy. I’ve replanted the back garden with plants for late summer – dahlia, helenium, scabious, aster, salvia, rudbeckia. On the veg patch we’re harvesting beans and courgettes, dahlia and sweet peas. The land is parched with this never-ending summer heat. 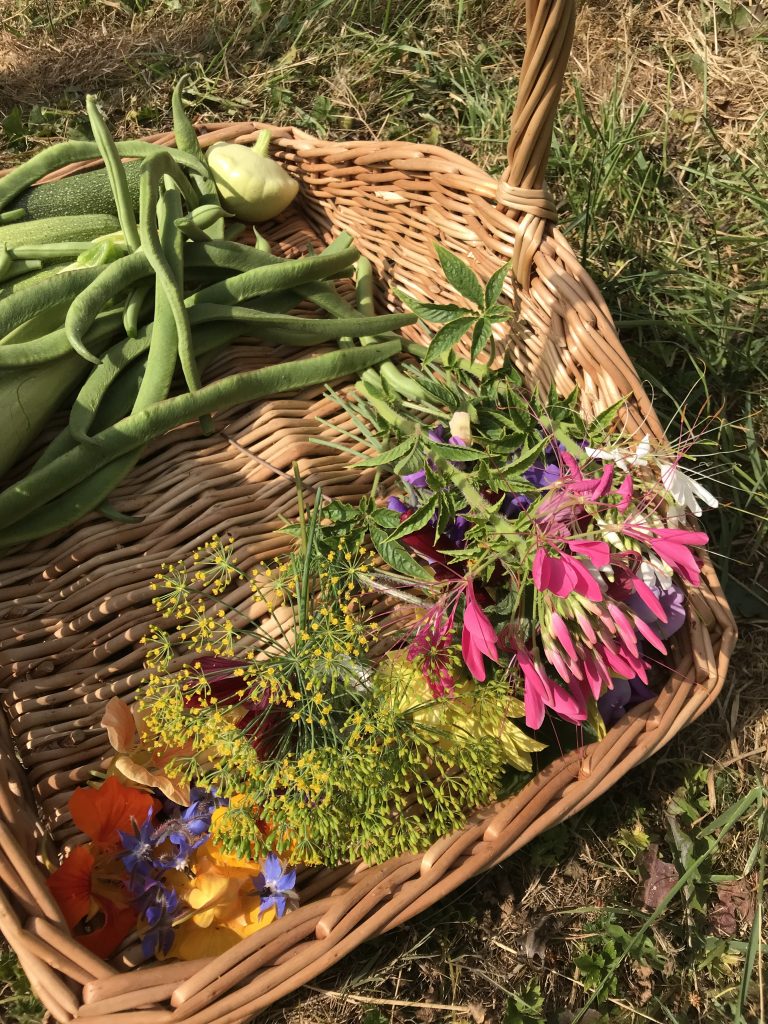 Reading: One woman’s truth about speaking the truth by Jess Philips MP (LOVE HER); A House Full of Daughters by Juliet Nicolson; a biography of Marianne North bought from Amazon for about £3