Easter: symbol of new life, new beginning and, of course, resurrection. So, with last week’s gales a distant memory, Easter Sunday was spent with the sun on our backs, reclaiming the overgrown strawberry patch from its stranglehold of grass and buttercups (me) and raising the hopolisk back to its rightful position as tallest-thing-on-the-allotments (him).

The top corner of the allotment has been a blind spot for me for 18 months. Under the thick carpet of weeds lay some decent strawberry plants, which gave a good-enough harvest last summer, but they have now been sacrificed for the greater good. I suspect this soil hasn’t been dug for several years – it took six hours to clear this 4×3 metre area, and there’s still half the patch left to do. We fertilised it with chicken manure and at some point in the coming week will stock up on new strawberries. 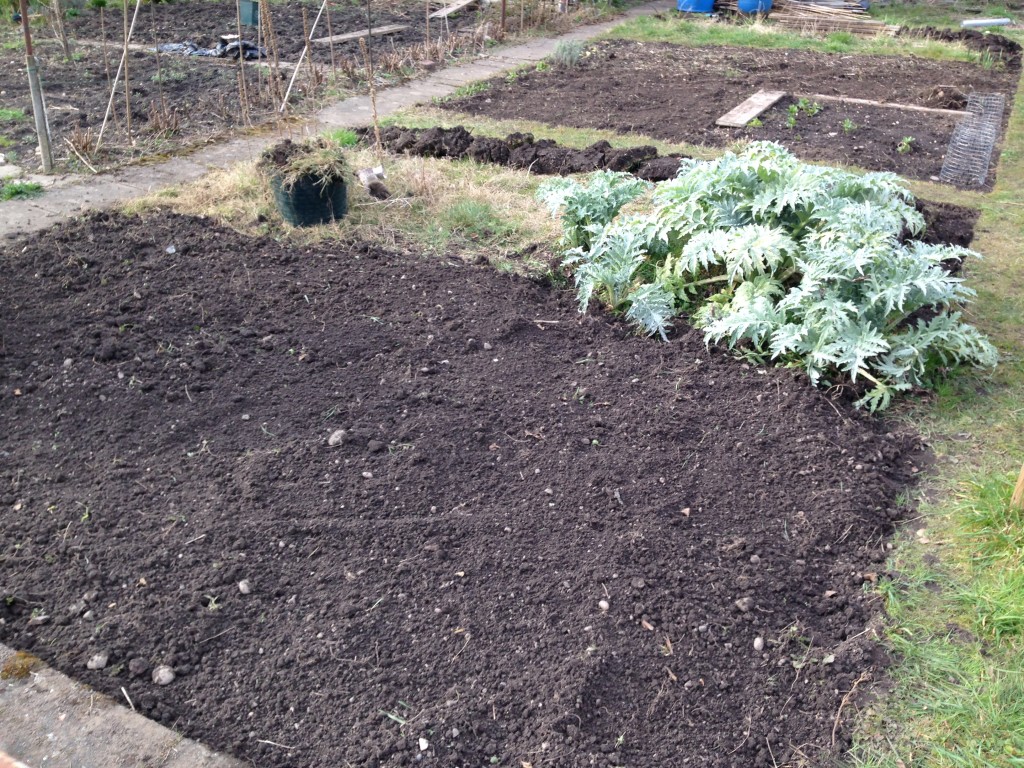 Old strawberries have now gone, the land fertilised and waiting for its new plants

Meanwhile Matt got busy with clearing and tidying. The pile of detritus earmarked for the tip has got even larger. I’m still finding old carpet underlay in the soil, a huge bugbear. It may well be effective in keeping down the weeds, but is a sod to get rid of. 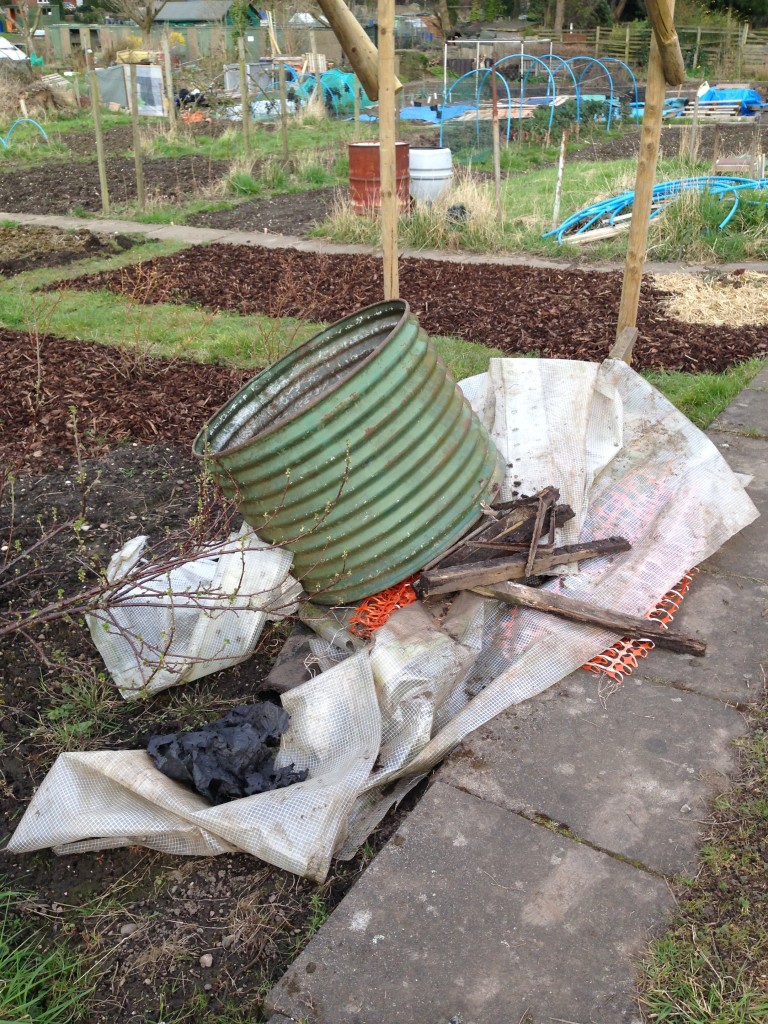 Pile of crap for the tip

Matt also wanted to straighten up the beds. Because he is who he is, this involved actual measuring using actual mathematics (not just guesswork, which is what I would do). The beds now are in line with each other and look amazing. 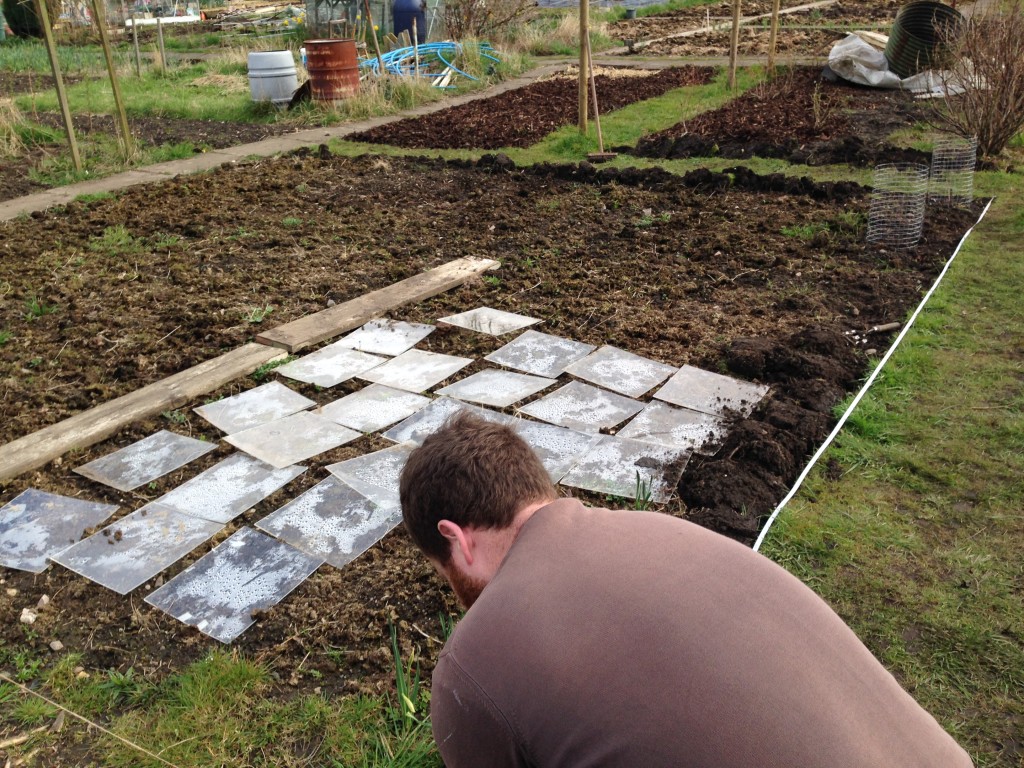 Amidst all this industrious spring cleaning, we discovered that the hops have sent up new shoots. Hop-shoots are a delicacy in some rural communities, known as poor man’s asparagus. I reminded Matt of this and he promptly put up a barrier to prevent them being nibbled or otherwise destroyed. 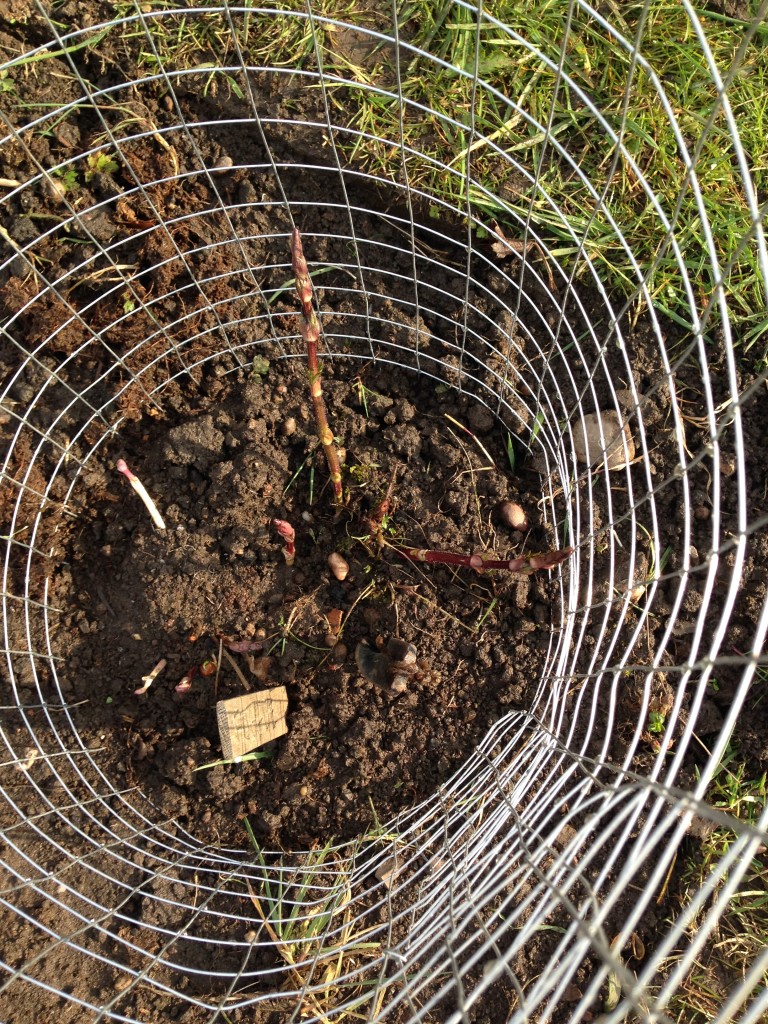 New hops mean new life for the hopolisk. It’s standing tall again and in a few weeks will be covered in green leaves and tendrils. Kind of like a maypole, albeit one for beer lovers. 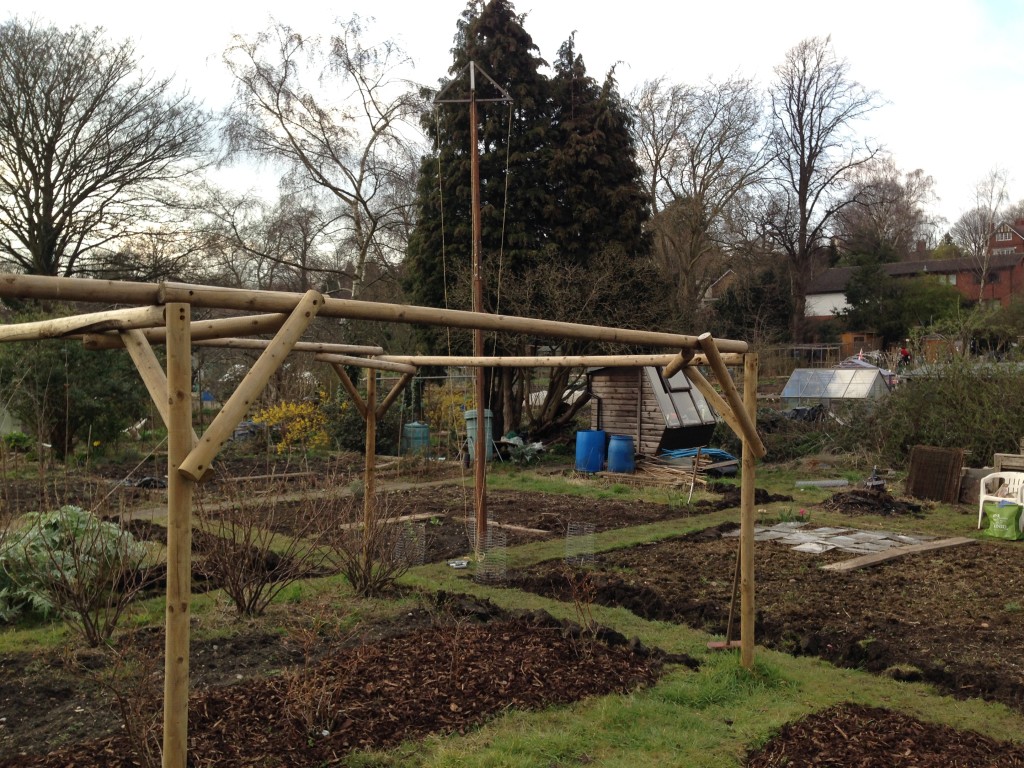 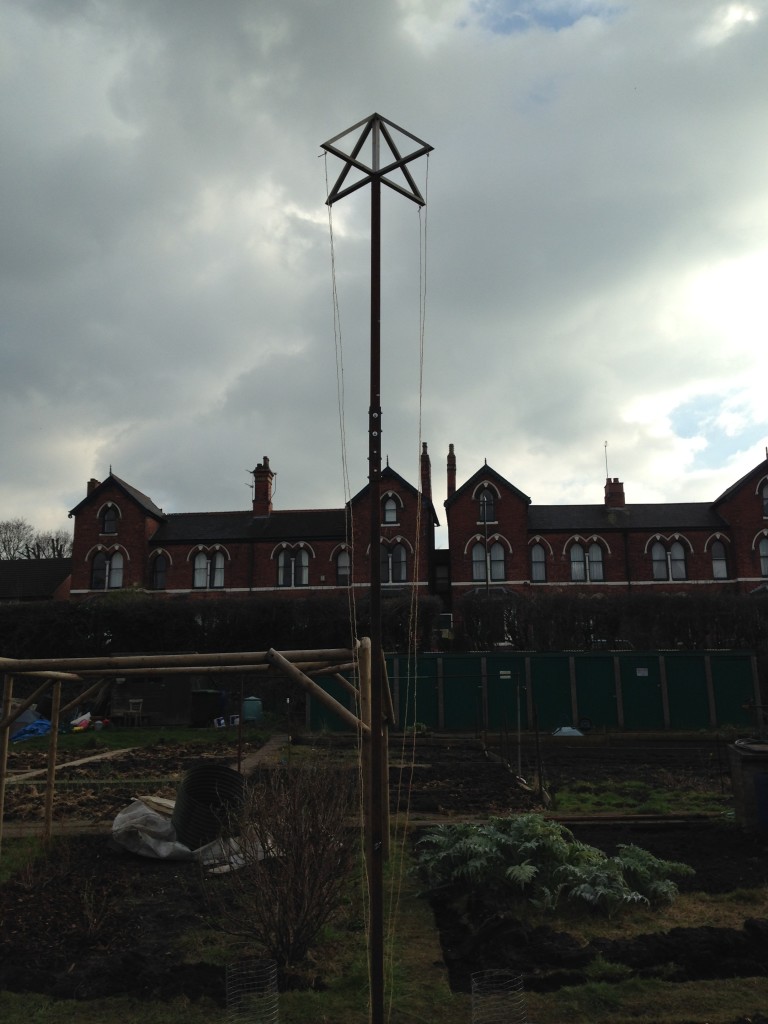 Last year, Easter came later in April and I used the weekend to direct sow our first seeds. Barely any of them survived. So this year I am holding off on the sowing, although there are plenty of baby salad crops on the windowsills at home. In lieu of seed sowing, the weekend’s exertions feel appropriate for Easter: preparing the ground so that the new life can (when its ready) take hold. We congratulated ourselves with a feast of roast beef and yorkshire pudding.