Sometimes, with the best will in the world, Matt says he will do things that we both know he will not. Things like finish laying the bathroom floor or getting the wallpapering done. So when he said he was going to rip out the blackberries I was all ‘yes dear that’s a nice idea’.

I stand chastised, for yesterday he got out his spade and now those blackberries are history. And you know what? Turns out that we have a perfect row of blueberries, white currants and red currants that had spent the summer smothered by their brambly neighbours. 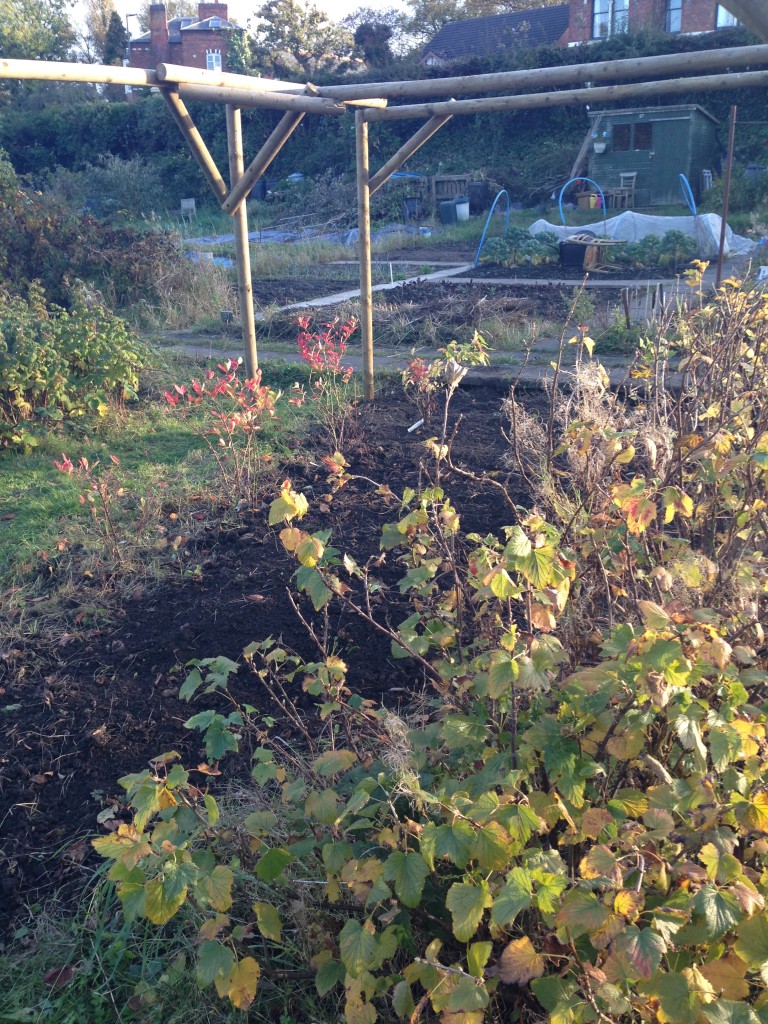 Meanwhile I spent the day tearing out the summer and making way for winter. The cosmos, sunflowers, squash and beans are now all languishing on the compost heap, the ground has been cleared and forked, the spinach, rocket and chard given a hair-cut. The greenhouse is clear and the bonfire is built.

Amidst all this activity I realised that we appeared to have parsnips ready for harvest. Actual parsnips! So with excitement Matt dug one out and found….these. They had about 5 different taps and resembled squid. But you know, although they win no prizes for form, the scent of a newly pulled snip is quite extraordinary. 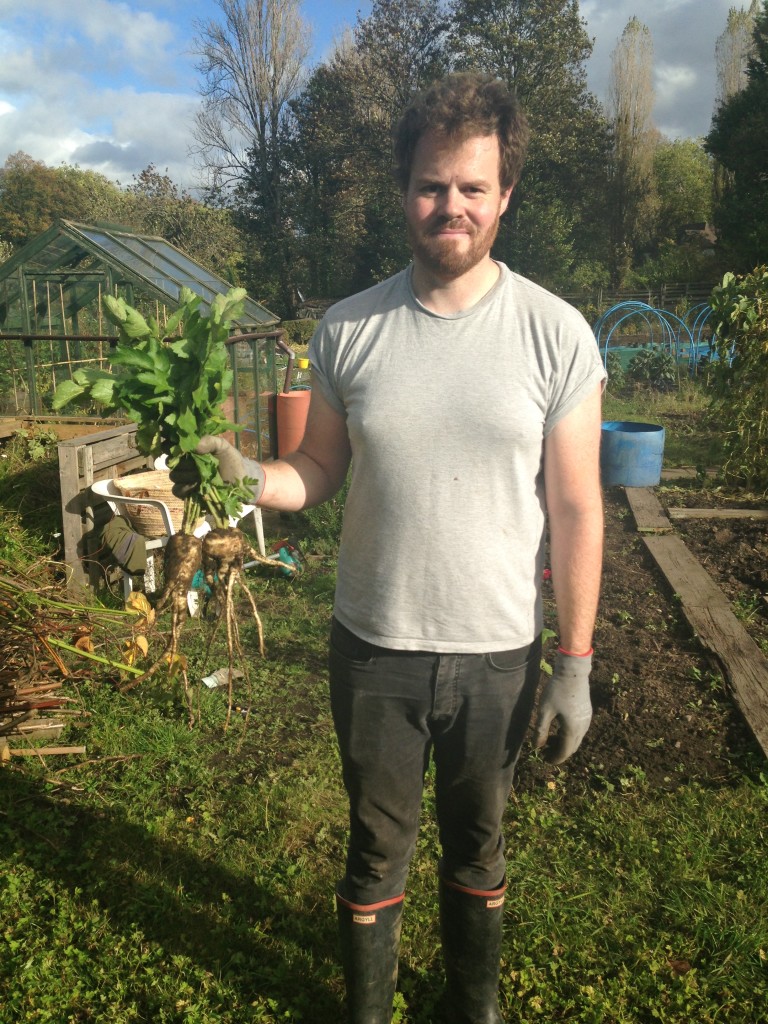 Proud of his parsnips

So for dinner, roast parsnip, carrot and squash with toad in the hole, followed by apple pie. Autumn days.