What a glorious weekend! This was the view from British Camp on Saturday. Not quite coats-off weather, but nearly. 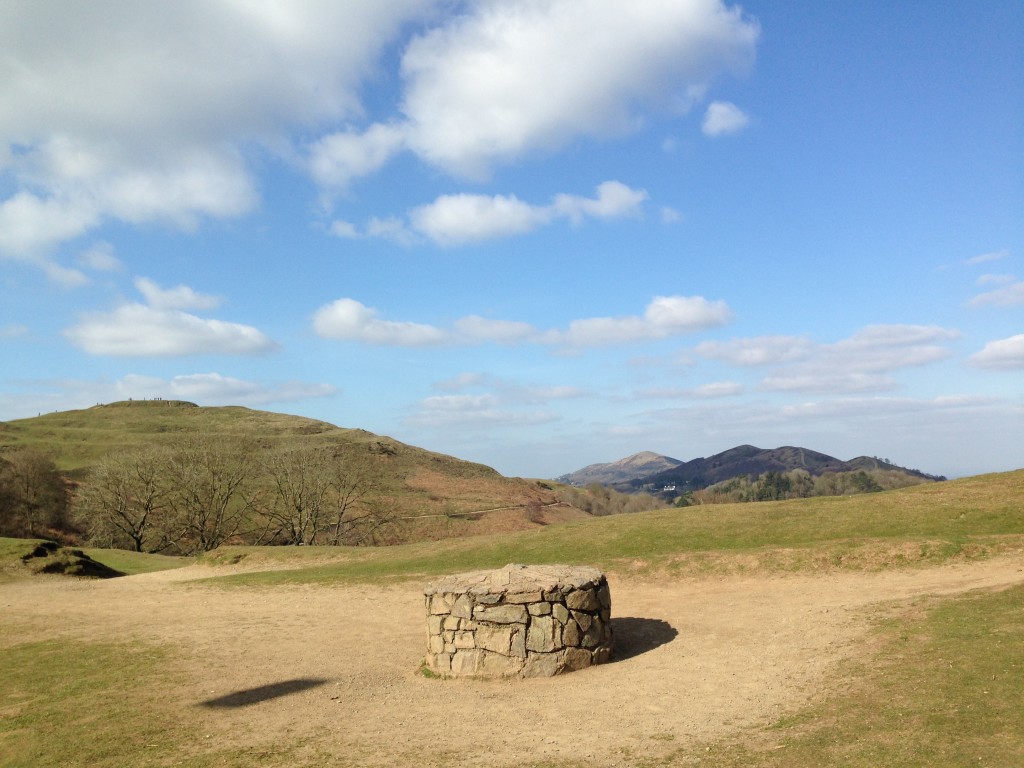 The warmer weather is causing sap to rise. Not just in the plants – there are buds forming and seedlings making their presence known – but also in the humans. Sunshine provokes activity, and I have had it with the weeds. The giant tufts of grass, the wispy mess of straw, the decayed bind weed – we’ll never totally win the battle, but I can make in-roads.

So, with the sun on our backs, the raspberries have been reclaimed from grass, buttercups and bindweeds. Some of the grass was so heavy I couldn’t physically lift it – there is some satisfaction in knowing that it’s now smouldering on the fire.

In an unexpected pay-off, with its choking weed blanket removed, I discovered that the rhubarb we inherited is actually very established and shooting. I’ve covered it with protective straw and crossed fingers for a summer resurgence. The next job is to mulch ALL the soft fruit so that the grass can never establish itself again. 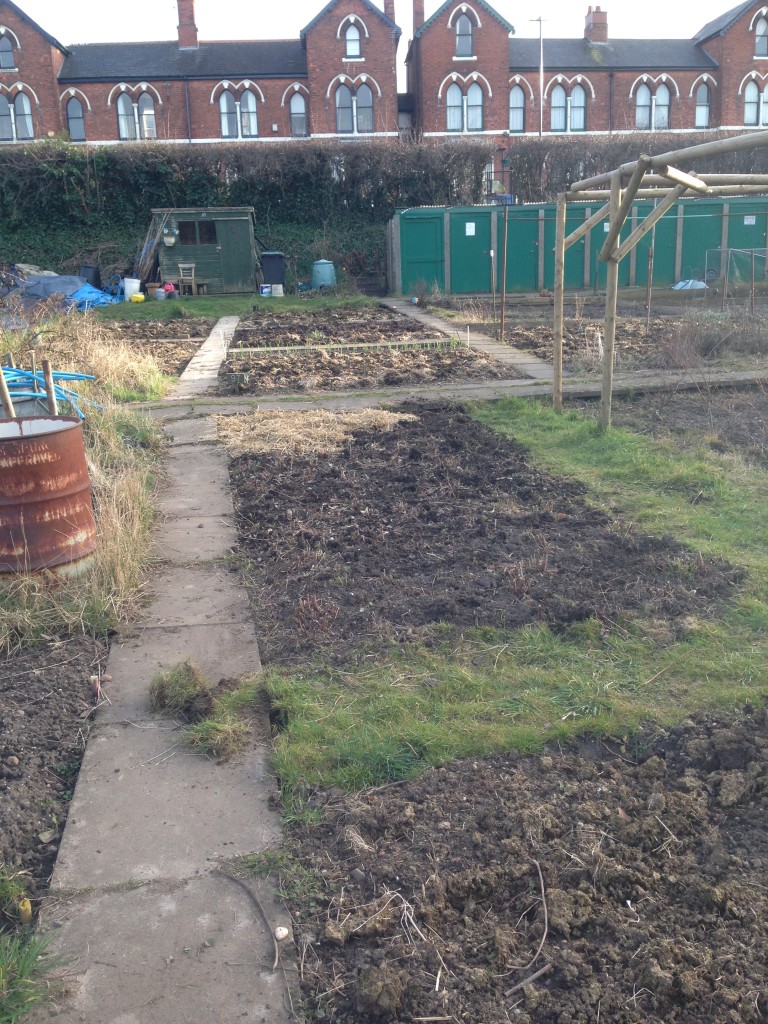 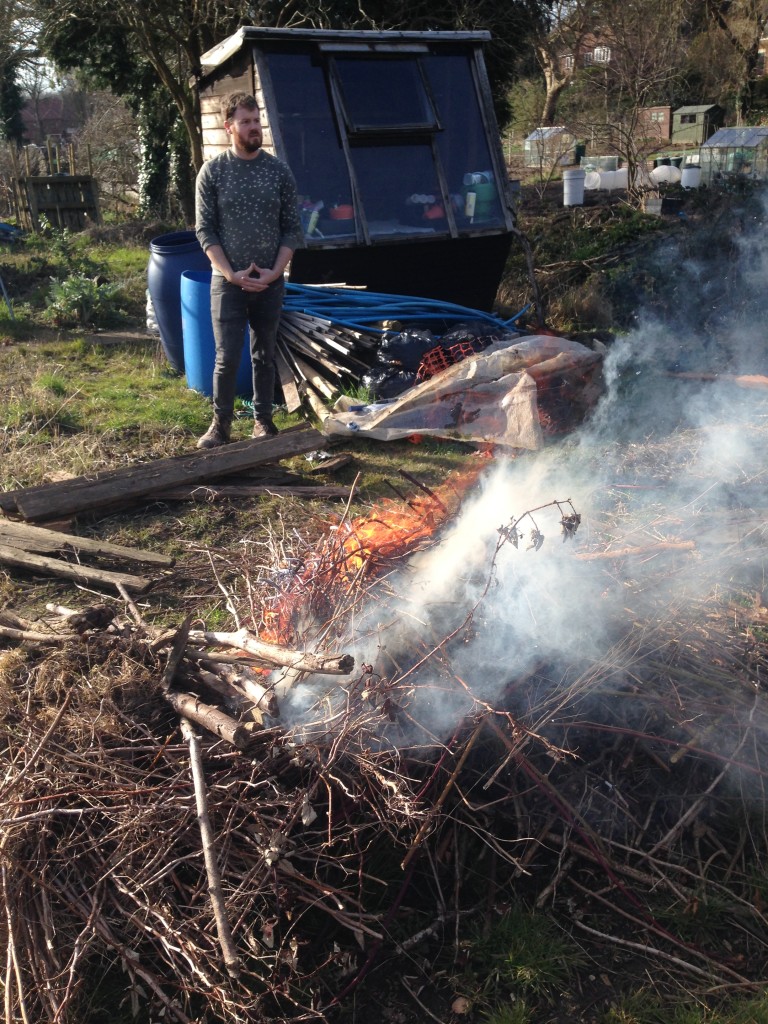 Burning up 18 months of organic waste

The broad beans haven’t wintered so well, with only six remaining. So I’ve direct sown three rows more, with a mental note to protect them against the birds in the next week or so. 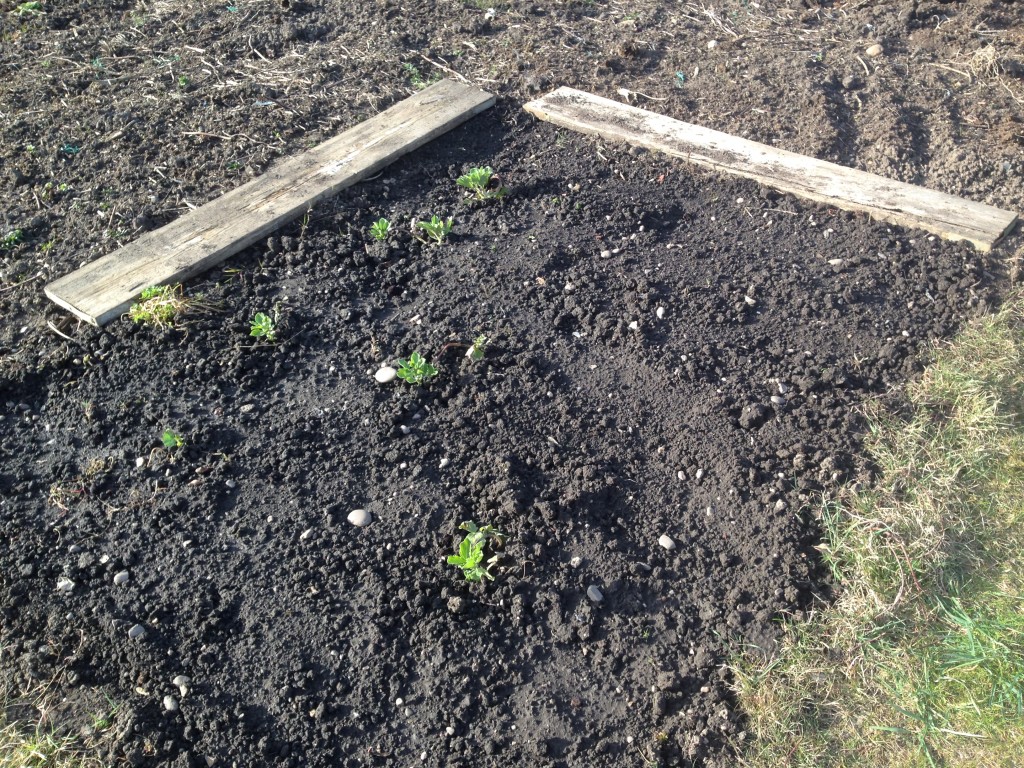 And Matt got out his tools and re-felted the shed roof, a job that I wouldn’t have even noticed needs doing until the whole structure had collapsed. * This is why we’re a good team. * 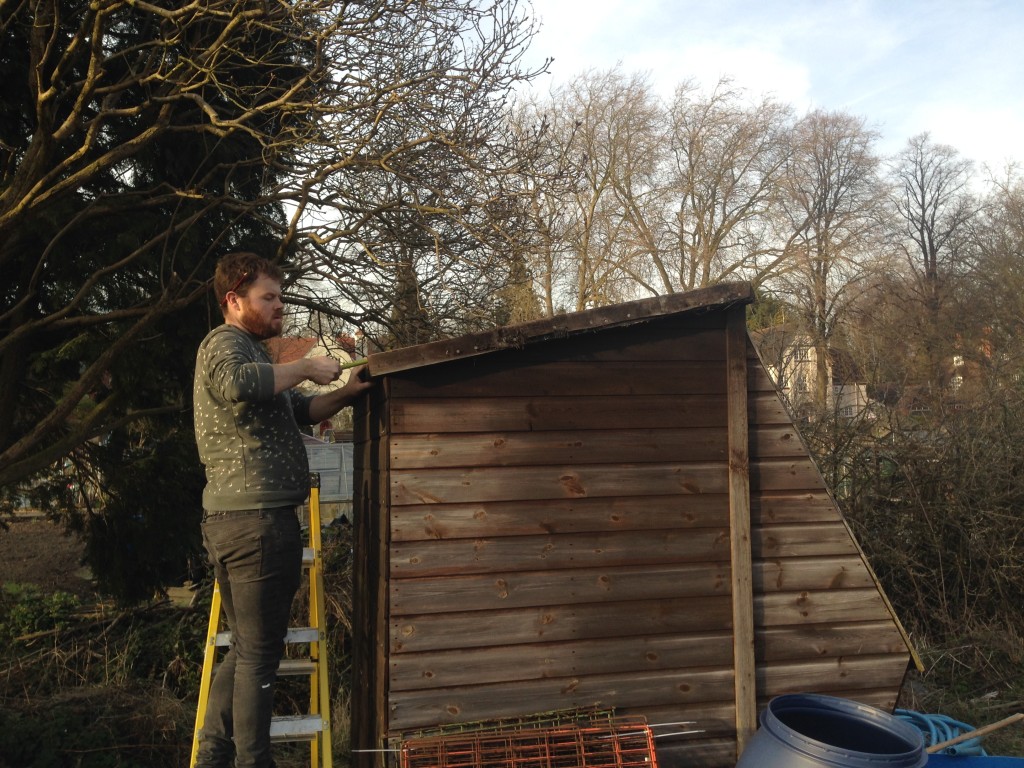