I found time to get to the allotment last weekend, curious to see what effect the frost has had on the last of the summer greens. Predictably enough, they haven’t fared so well: chard, spinach and chicory had turned into a slimy mess, coating my gloves with brown goo. But that’s OK: planted in April and lasting until January, they had a good innings.

In the meantime, the winter brassicas have overcome all the odds (for we do not garden brassicas at all effectively) and there is purple sprouting broccoli (PSB) and sprout tops to harvest. No sprouts, mind, but I think sprout tops are more 2016 anyway. 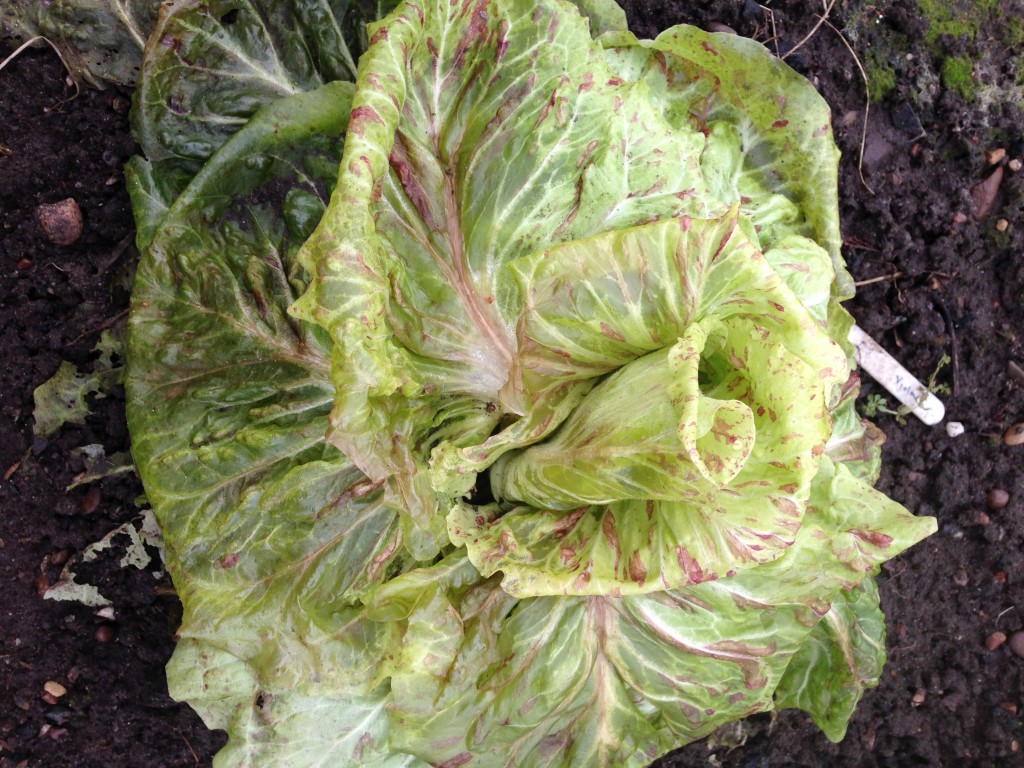 The greens have finally been zapped by the frost 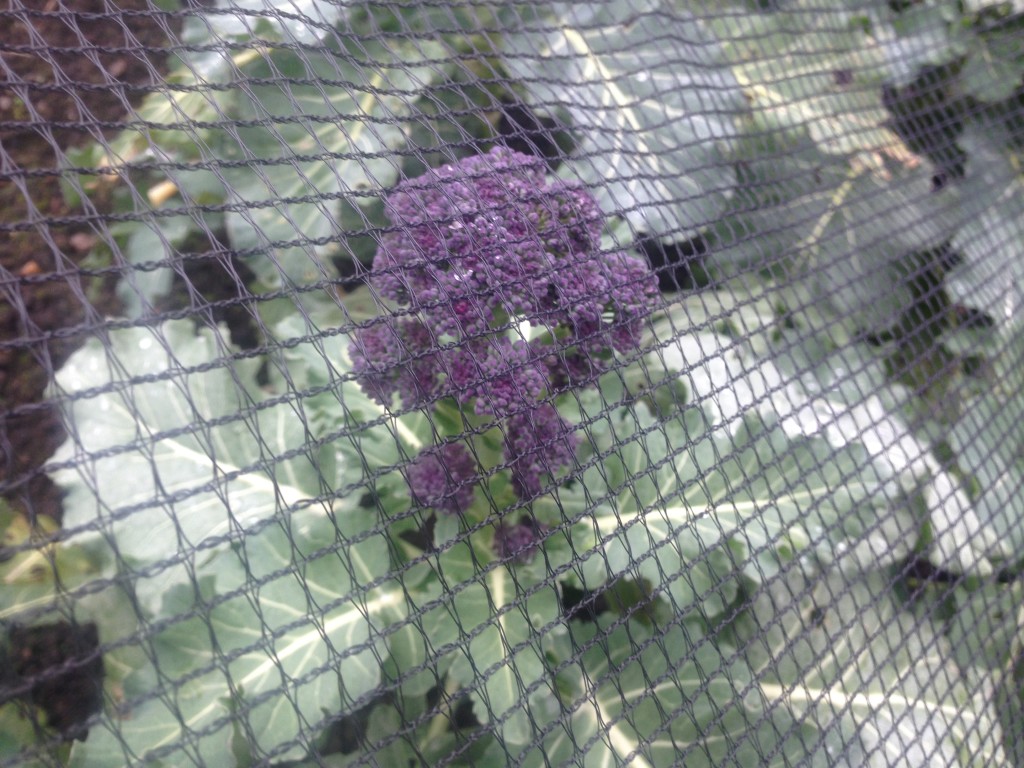 PSB waiting to be picked

Before Christmas I foolishly removed the netting from my cavolo nero, thinking that the last of the caterpillar threat must surely have passed. What nonsense, for now they are shredded to the stem. What do you get if you feed the caterpillars? Fat caterpillars. I spotted one, lime green and bloated with kale. 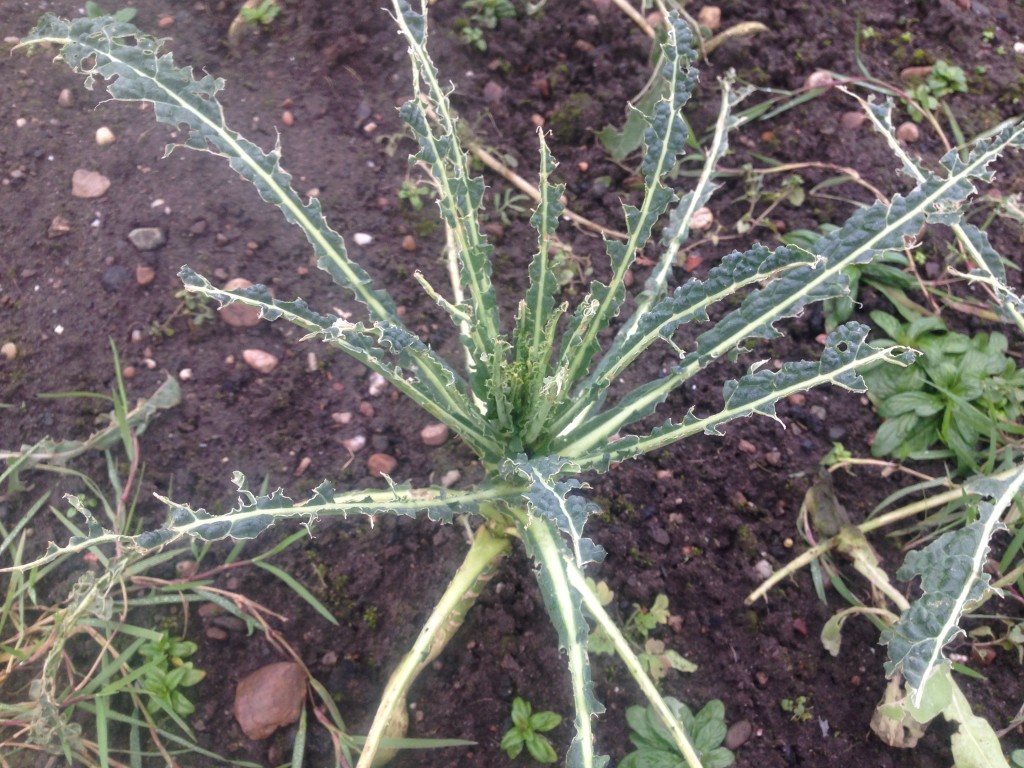 Shouldn’t have uncovered the cavolo nero

The leeks look perkier from the frost, the grubs that were eating them alive having been zapped in the sub-zero temperatures. 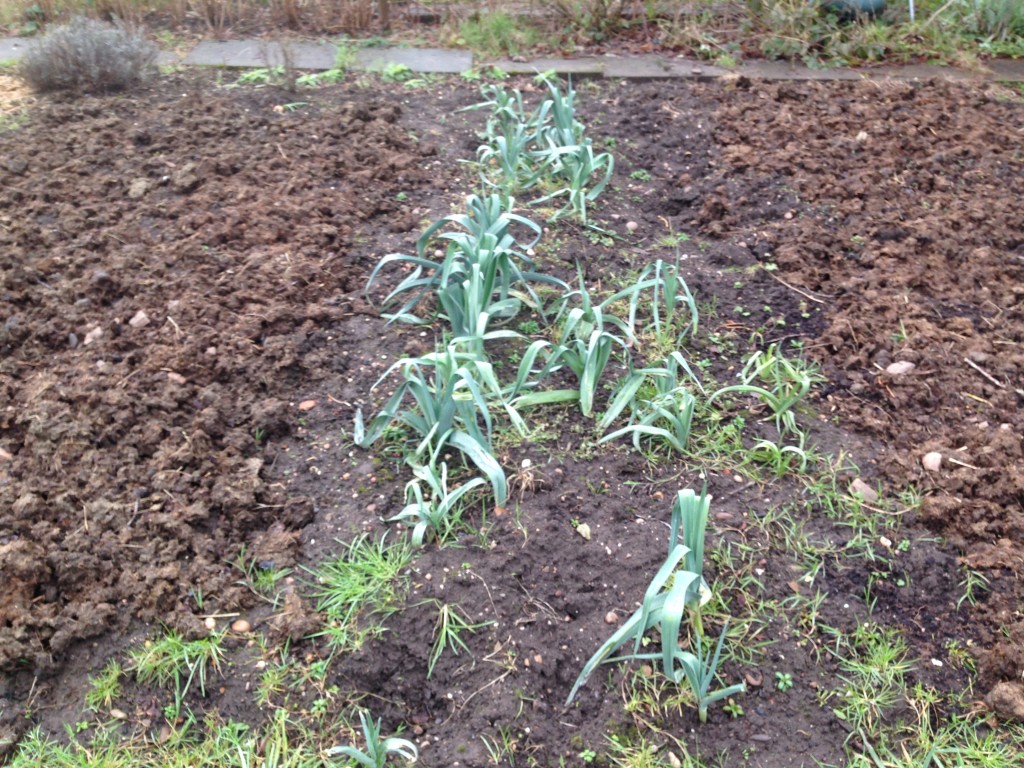 Leeks break up the expertly-laid poo

In the greenhouse, a tray of winter lettuce has germinated, the tiny green seedlings pushing north against the cold. It isn’t the best time to sow these seeds, light levels being so low, but they’re giving it a good go regardless. 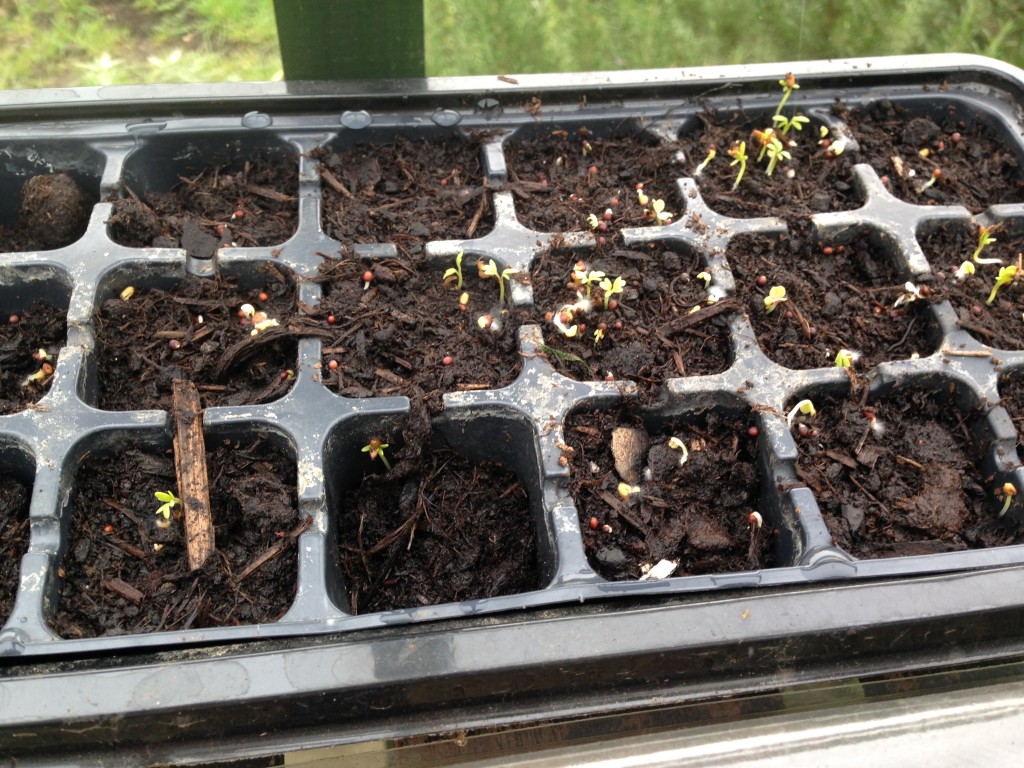 Finally, I removed the black matting that has been covering the last bit of overgrown, weedy plot. It’s been in place since last spring, so about 10 months, and look what beauty was uncovered! Weed free soil, perfect for a crop of potatoes. 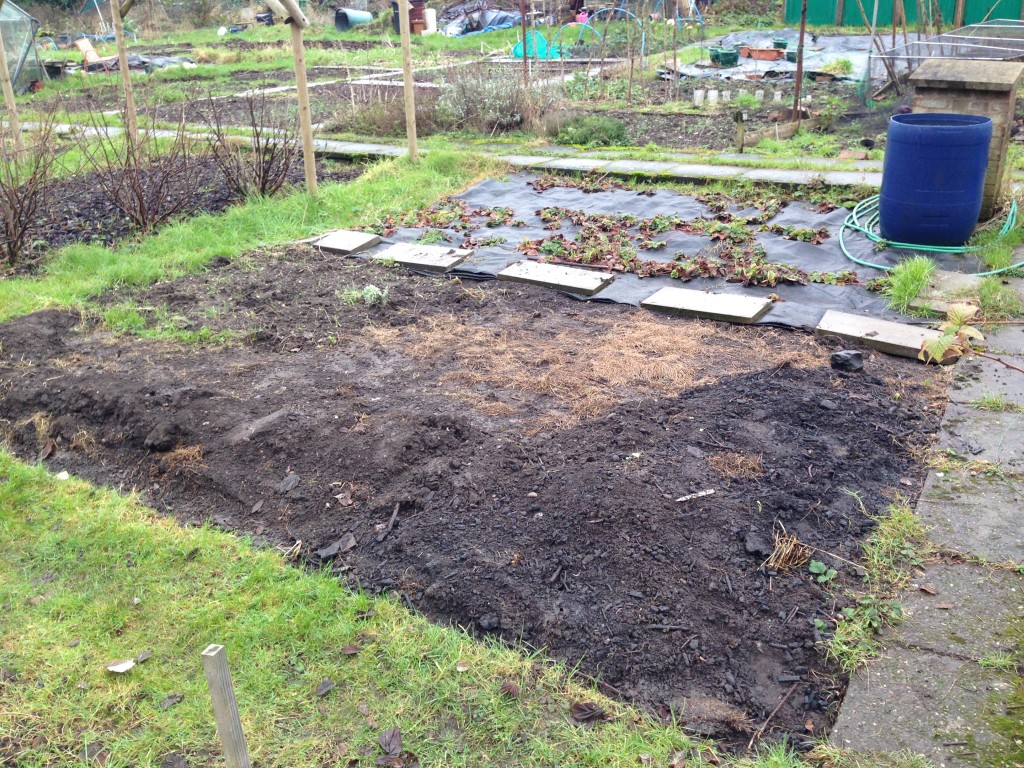 2 thoughts on “Frostbite and reclaimed land”