…And exhale. The festivities are over and we’ve tipped into January, the quiet month. The cold is somehow more agreeable now, for it gives an excuse to make old-fashioned and emotionally-necessary classics involving lard and suet and beef. The dark is OK, for we can light candles, put the fire on and make a hole in the pile of books that’s been waiting for attention since the start of December. I rather like January: it’s usually reasonably quiet, work-wise and allotment-wise, which gives me time for reflection, a spot of planning, and some proper kitchen projects.

After all the running around of Christmas, it’s good to be still. This year we were in London for Christmas, and my brother flew in from Australia to join us. 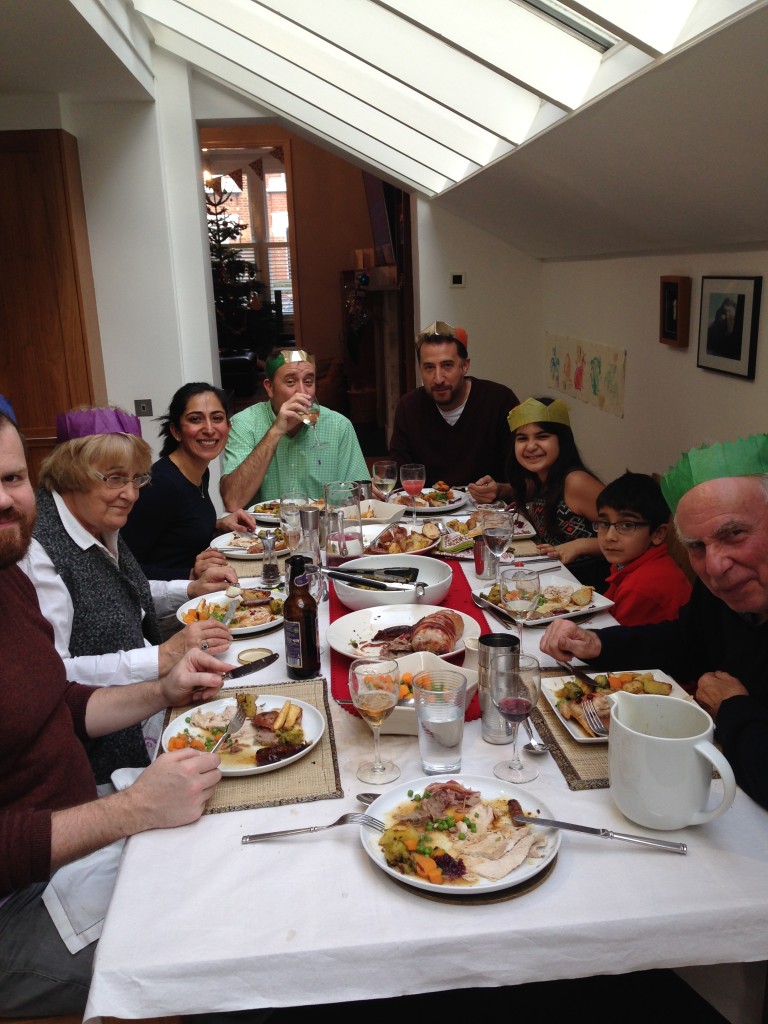 Christmas dinner with the Stallards

On Boxing Day we headed to Battersea Park for fresh air and exercise, and I was charmed by the Buddhist Peace Pagoda on the banks of the Thames. It was built in the 1980s to symbolise hope in the face of (nuclear) war, a sentiment that is sadly needed as badly today as it was then. 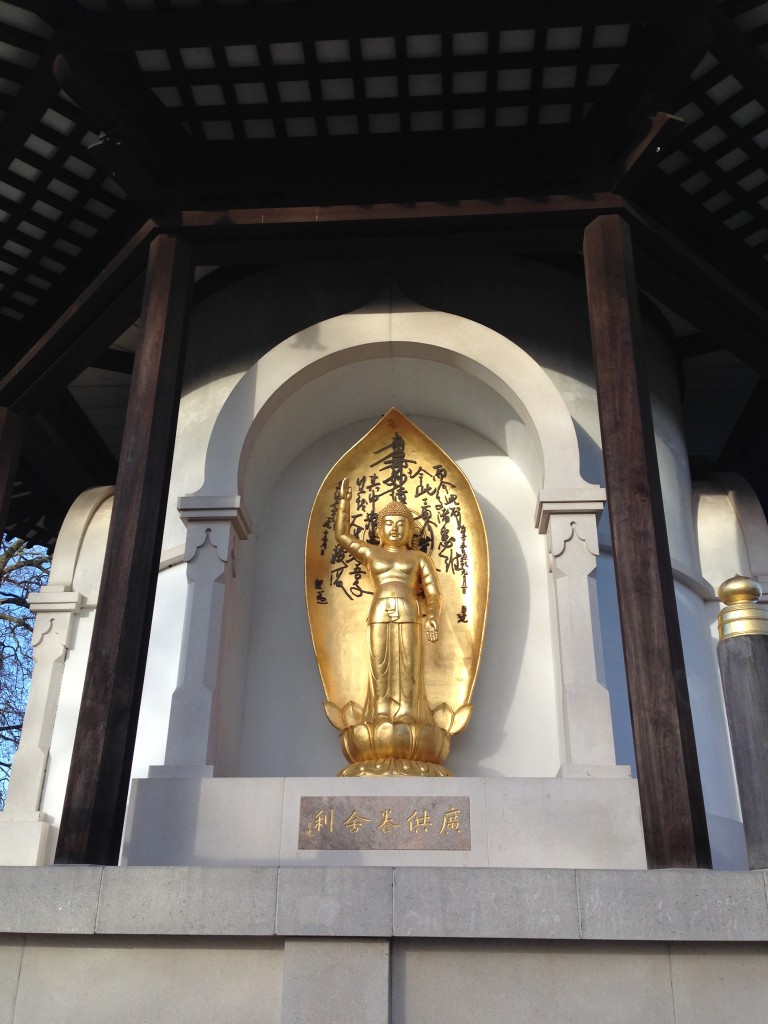 The Peace Pagoda in Battersea Park

Back in Birmingham, the days after Christmas were beautifully bright. Warley Woods is only a few minutes from our house and is usually full of dogs taking their owners for a walk. On 29th December the shadows were long, and patches of woodland were still white with frost at 2 o’clock in the afternoon. 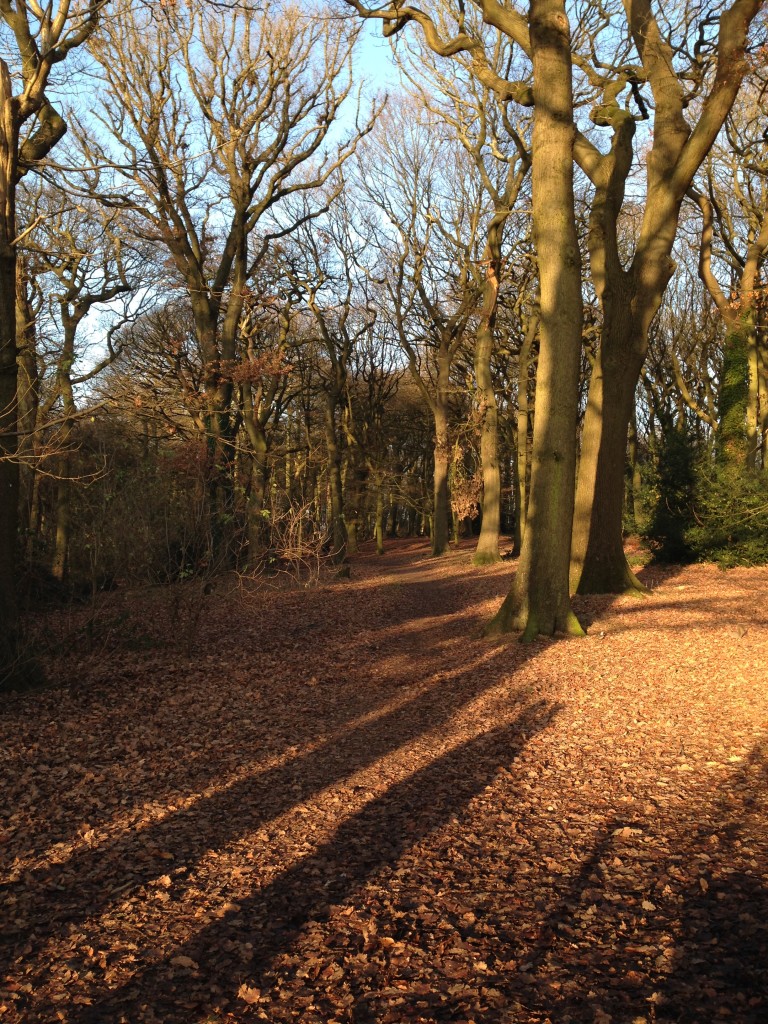 We finished the year as we began, with a Park Run (Matt, not me) and lunch courtesy of the National Trust. Baddesley Clinton on New Years Eve was grey with freezing cloud, which I suppose some may find depressing, but I see great beauty in these dulled shades. We need a bit of dark in order to appreciate the light. 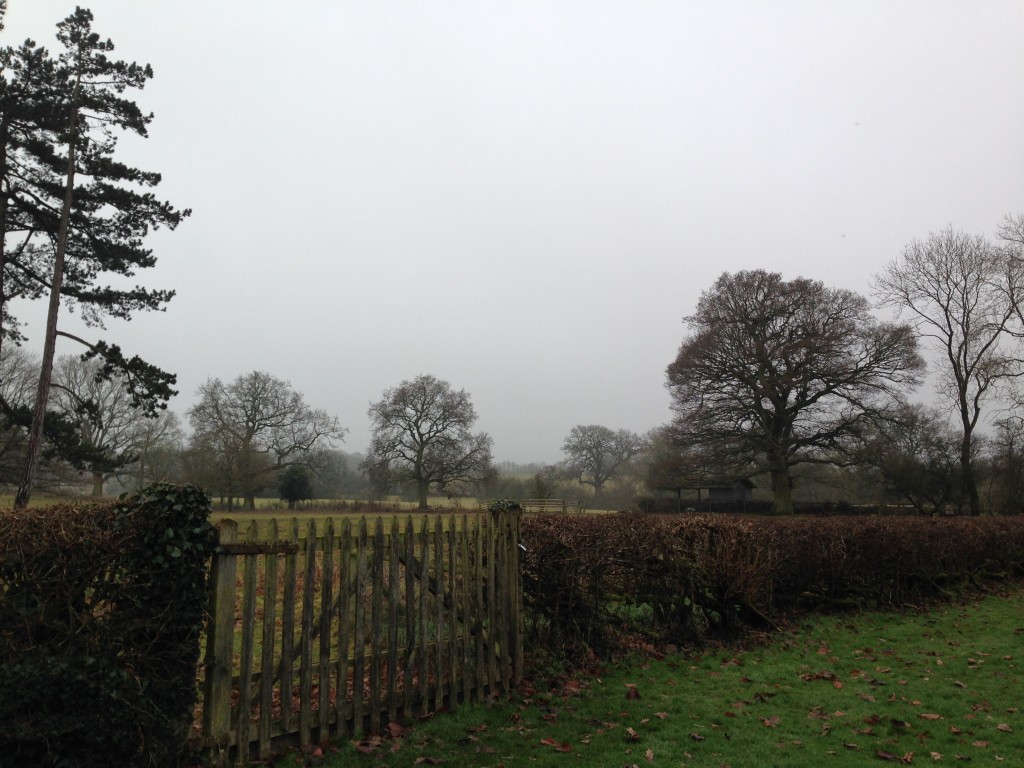 Baddesley Clinton on the last day of 2016

Back to food projects. For the past few years my festive table has included a side of home-cured salmon, partly because it’s fun to make but also because it’s loads cheaper than purchasing a side of smoked salmon. My gravlaks recipe uses a traditional Scandinavian cure that is both sweet and salty, and punchy with herbal dill notes. And I say salmon, but this year I made it with trout and if anything, I preferred it. Sea-trout would also work well for this.

First, find yourself a side of quality salmon or trout, weighing about 1.5kg. If we were in America we’d ask for ‘sushi-grade’ salmon (which means that it’s considered safe to eat raw) but I don’t think that such a thing has been heard of in Birmingham. It’s therefore wise to freeze the fish for 24 hours and then defrost it before use, which helps to remove any nasty bacteria.

Slice the fish in half width-ways and remove any remaining pin bones. There’s no need to scale the fish, though you can if you wish. 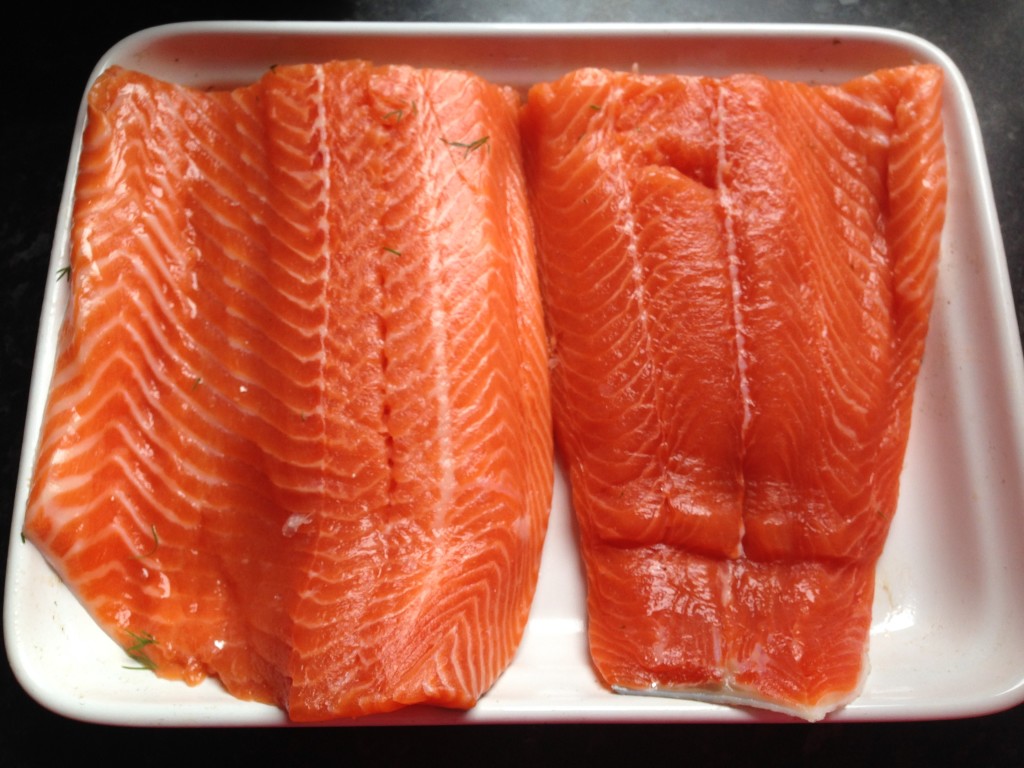 Find yourself a beautiful fillet of trout or salmon and remove any remaining pin bones. It’s wise to freeze the fish for 24 hours, then defrost before use. This helps remove any nasty bacteria.

Next make the cure. Using a pestle and mortar, crush 1 tablespoon black or white peppercorns with 2 tablespoon coriander seeds, then mix with 75g granulated sugar and 75g sea salt. I prefer to use Maldon salt for this. 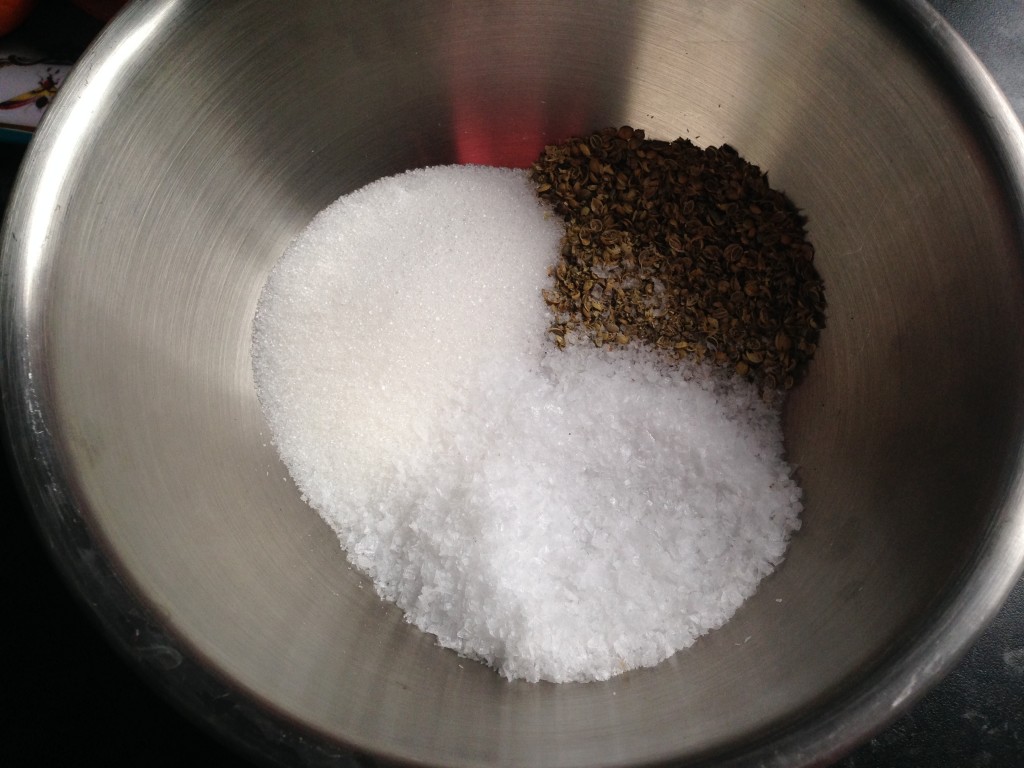 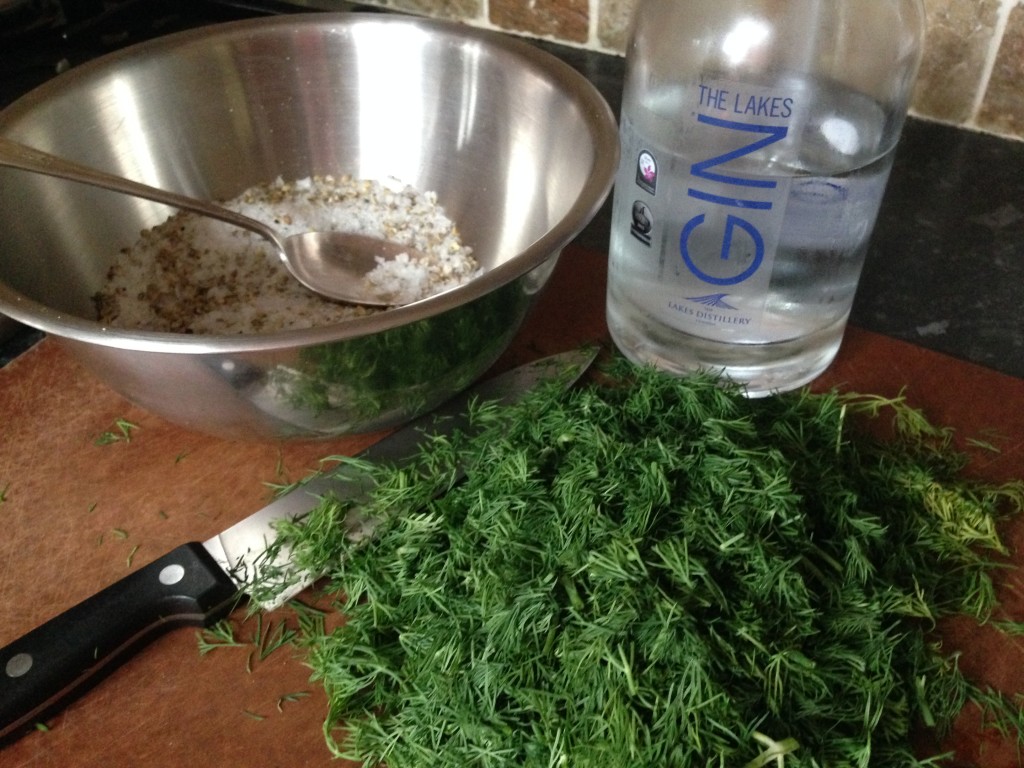 Chop loads of dill and have ready a swig of gin

Now it’s an assembly job. Pour the gin over the flesh side of the fish, smear the salt mix over the gin, then pat the dill on top. Sandwich the two fillets together with the dill in the middle, then tightly wrap the fishy sandwich in several sheets of clingfilm so that it is entirely encased – if any cure falls out, which is likely, just shove it back in with your fingers. Pop the fish into a dish to catch any fishy brine, then place in the fridge for 48 hours. Spread the gin and salt over the flesh, press the dill on top and sandwich the two fillets together 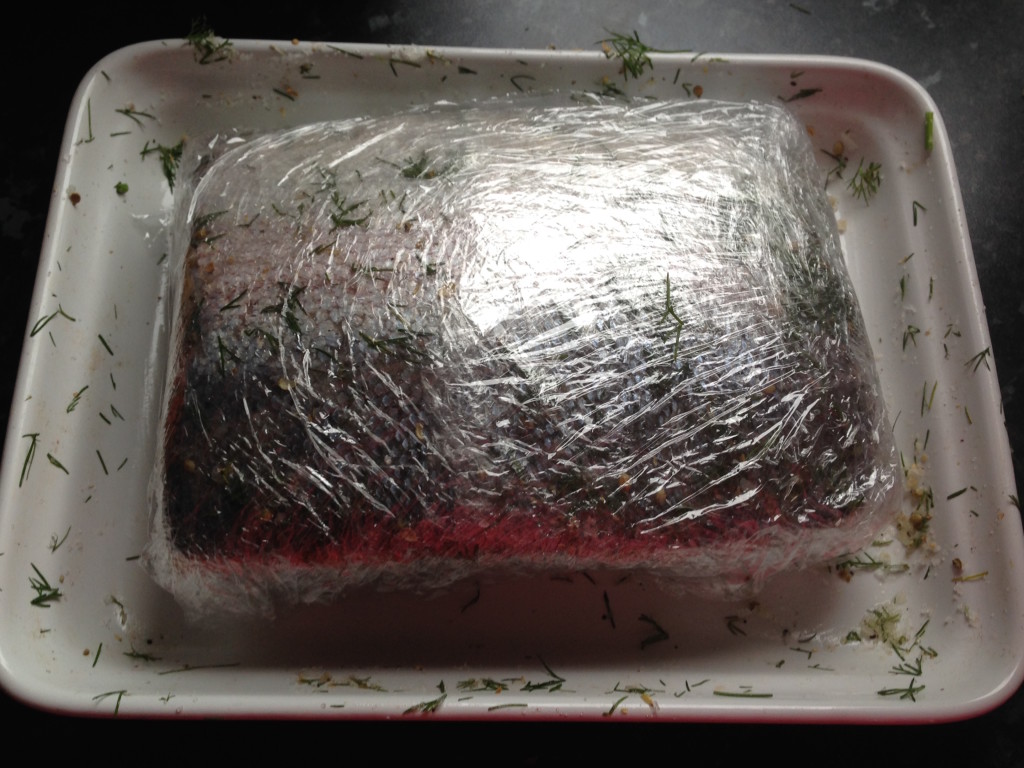 Wrap tightly with clingfilm, place in a high-sided container to catch the liquid, and place in the fridge for 48 hours

After two days, remove the clingfilm, wipe the cure from the fish as best you can and remove any excess moisture with kitchen paper. You’ll see that your fish has become a slightly darker shade and will have firmed up considerably. 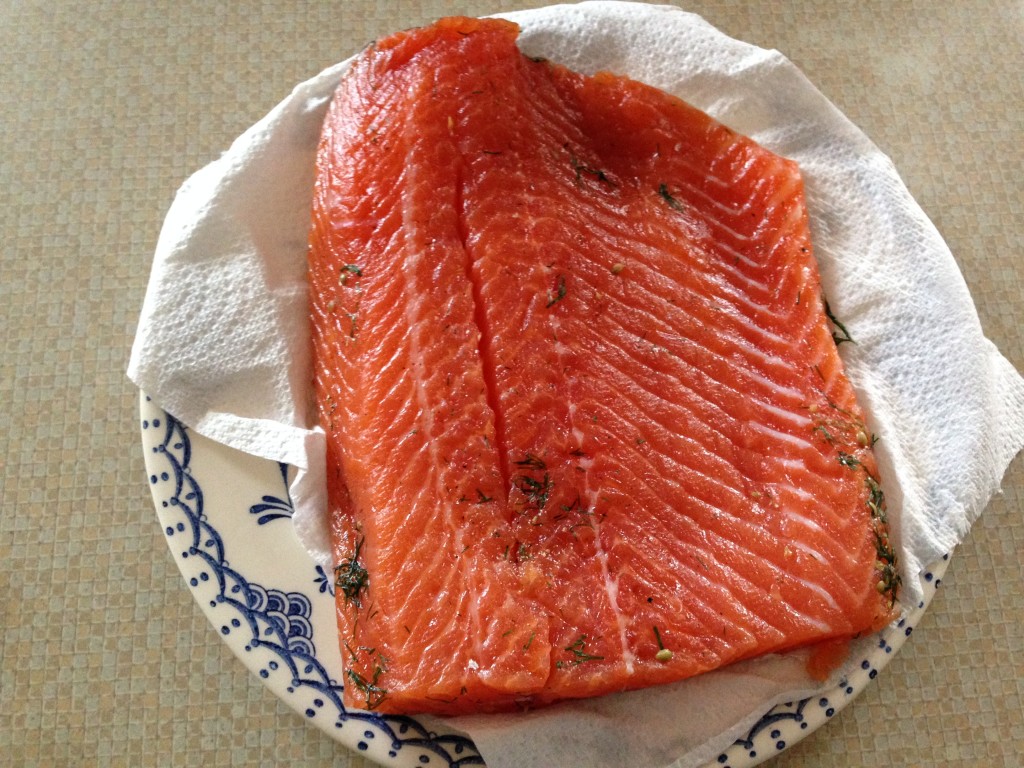 After its curing time, remove the clingfilm and scrape off all the spice and dill, then pat dry with kitchen towel

Chop some more dill and pat onto the flesh side of the fish, then finely slice the gravlaks into long lengths and place on a serving platter. 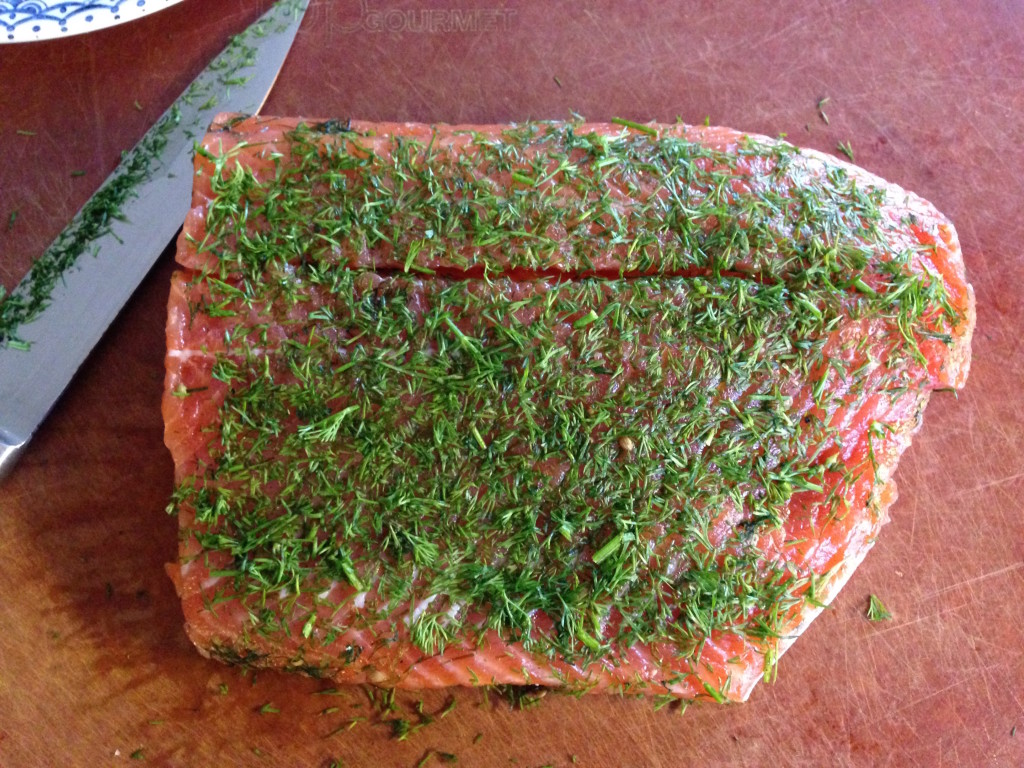 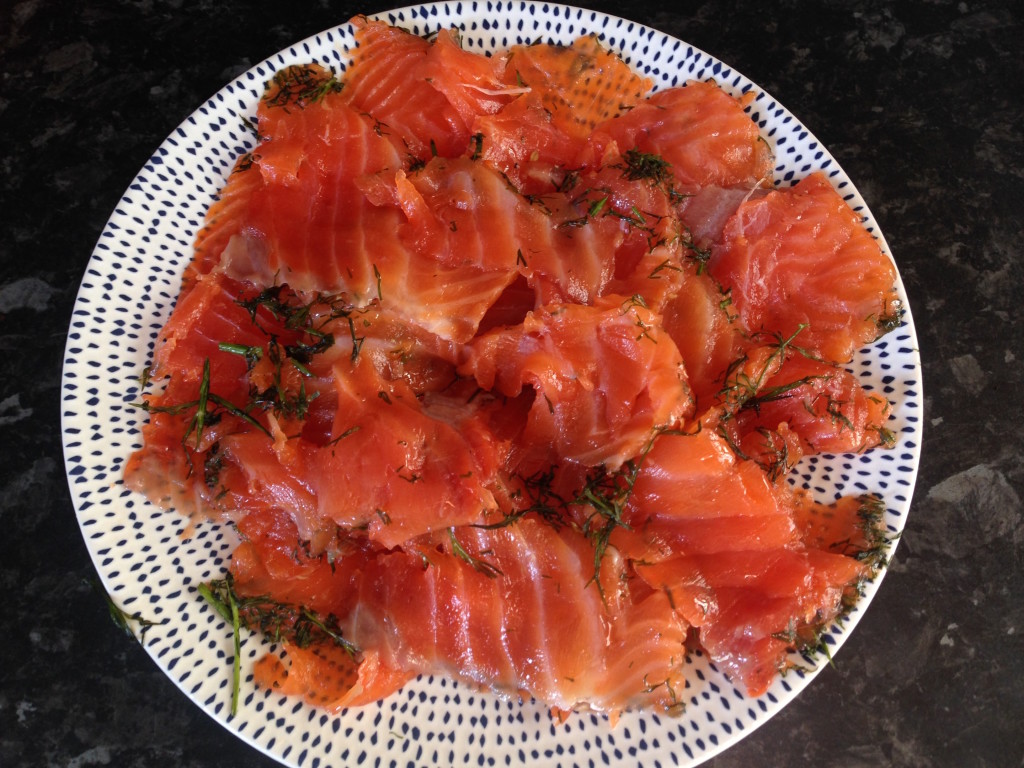 Slice as thinly as possible, then serve with a wedge of lemon

Once cured, the gravlaks lasts for at least a week (it is a method of preservation after all). Serve with lemon and some form of carbohydrate, be it blinis, crackers or simple bread and butter. It is glorious, though I am biased.

This recipe is inspired by various published by Signe Johansen over the last few years, both online and in her How to Hygge book.