Anyone who saw Gardener’s World last week would have heard Monty Don lamenting his tomatoes. (It made a change from talk of the box blight, from which he is still reeling 18 months after it reared his head). Monty’s tomatoes have been struggling: they are splitting, failing to ripen and, worse of all, not tasting as good as they should.

Well Monty, I hear you. Apparently we can blame the massive temperate fluctuations of August for the splitting, and generally it’s been cool which affects the fruit’s ability to ripen. Oh to be a farmer in Amalfi, who never have such issues.

Monty’s advice was to defoliate the tomatoes completely, which makes it sound like they need horticultural Immac. He has a point, however, so I’ve removed most of the leaves from mine and re-jigged the greenhouse to allow a bit of air movement. 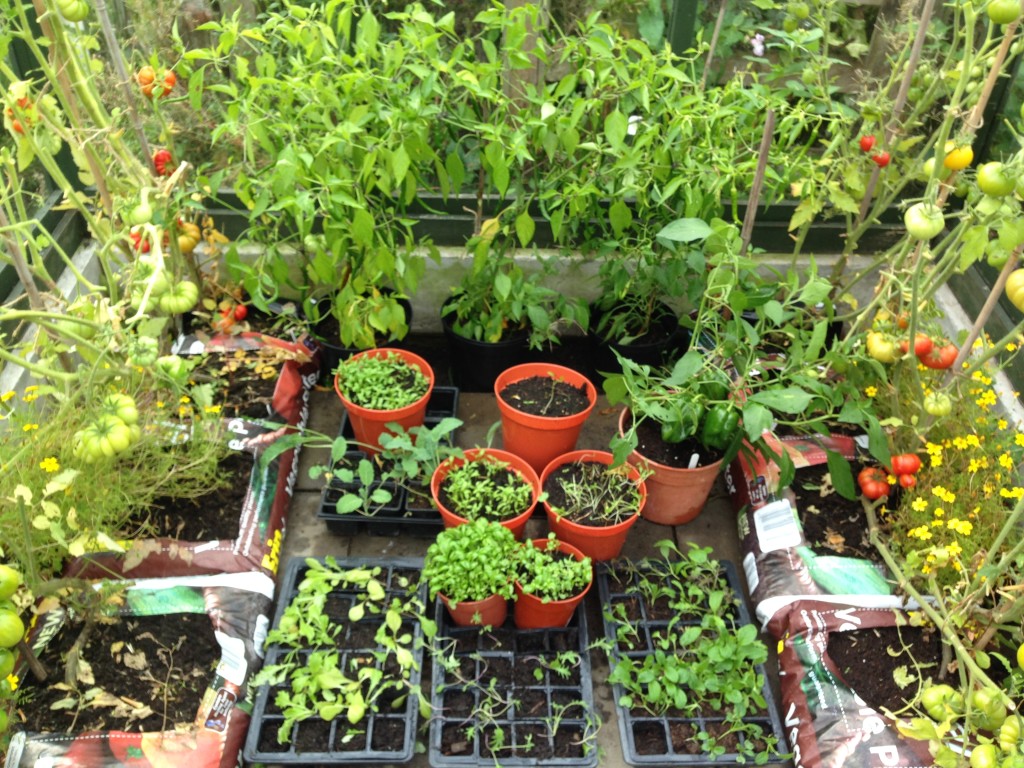 I tried some new tomato varieties this year, all from Seeds of Italy: I figure that the Italians know a few things about tomatoes. The real reason I grow tomatoes is to make vats of passata, perfect for bolognese and stews throughout the winter.

The cherry plums are massively prolific, perhaps too much so: as you can see, there’s still alot of green that needs to turn to red. 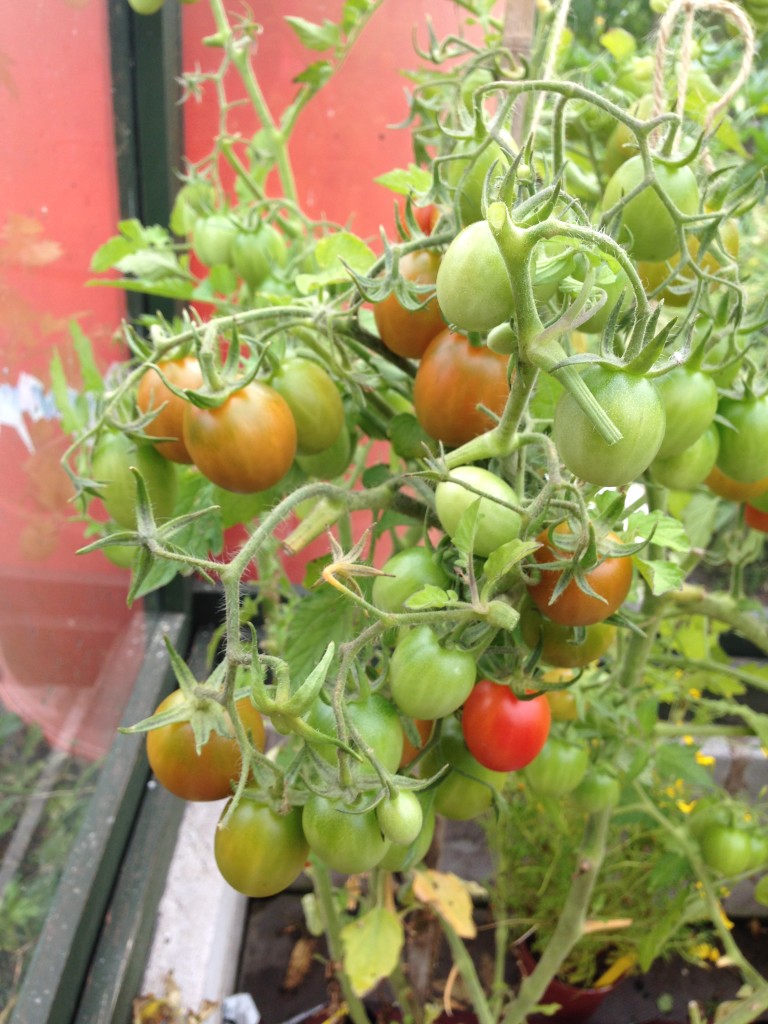 Cherry plums: highly productive but the taste is so-so

This year I re-planted marmande, a good all-rounder, and tried golden boy, which as its name suggest, ripens to a golden yellow. The best for passata though is the gnarled ugly-looking fiorenta, which you can see poking up at the bottom of this picture. Its water content is low, so the tomato flavour when baked becomes wonderfully intense. 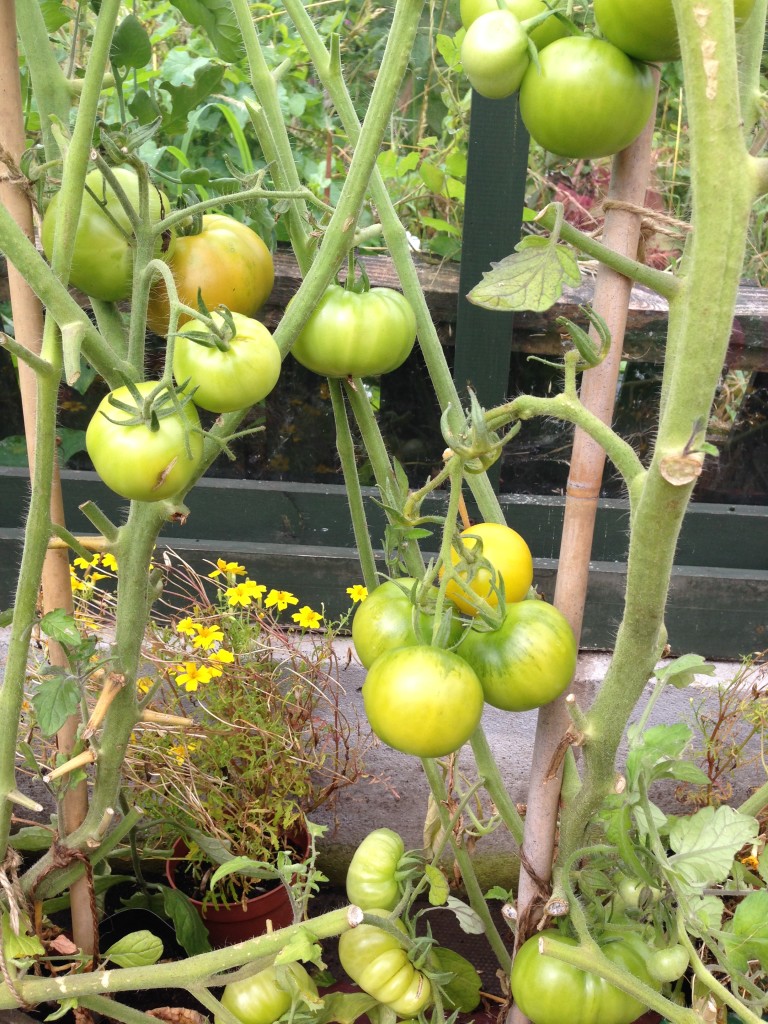 Marmande (left) and golden boy (right): fewer fruits, good taste, but I wonder if they’ll all make it to ripeness. Spot the ridged fiorentina at the bottom.

The chillies have been ignored all summer but have done well for it. The three plants are groaning with fruit, all of it still green, and doubtless super super hot. 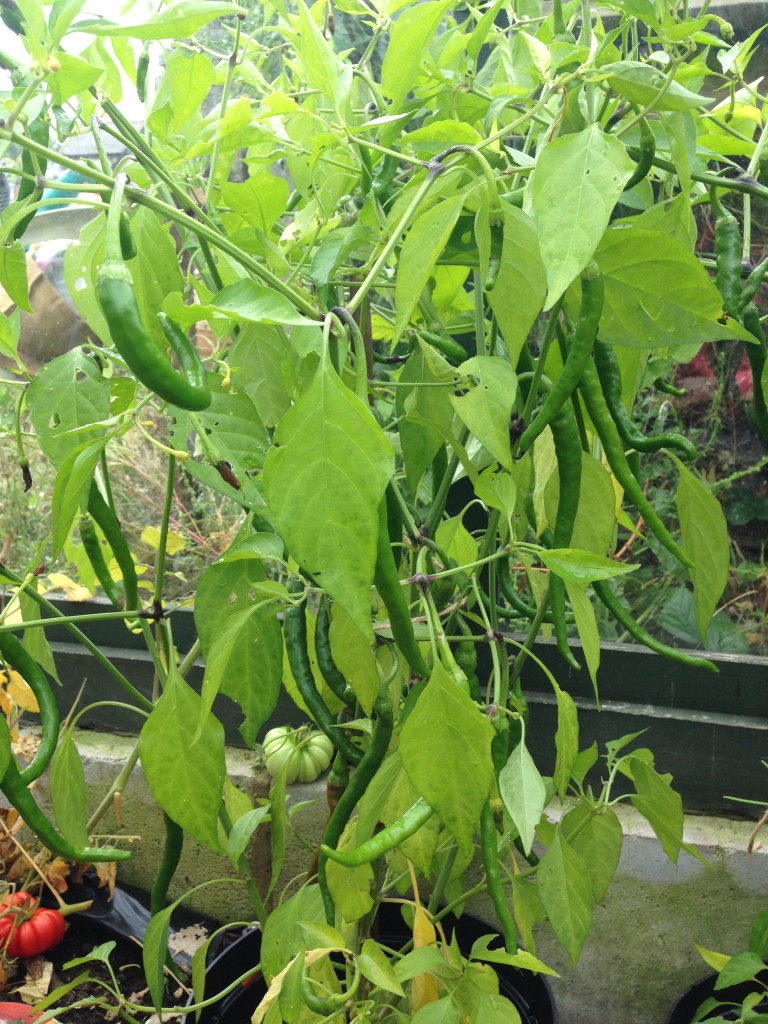 Cayenne peppers, still skinny: literally, in that they’re all skin and no flesh. Suspect they will be SUPER HOT too. There’s a red fiorentina tomato in the background, the best for passata.

The peppers too have done OK for being ignored, although I think we’ll have to content ourselves with green rather than red. I might fry them until soft then serve them up with corn, chilli and a dollop of sour cream for a Mexican-themed supper. 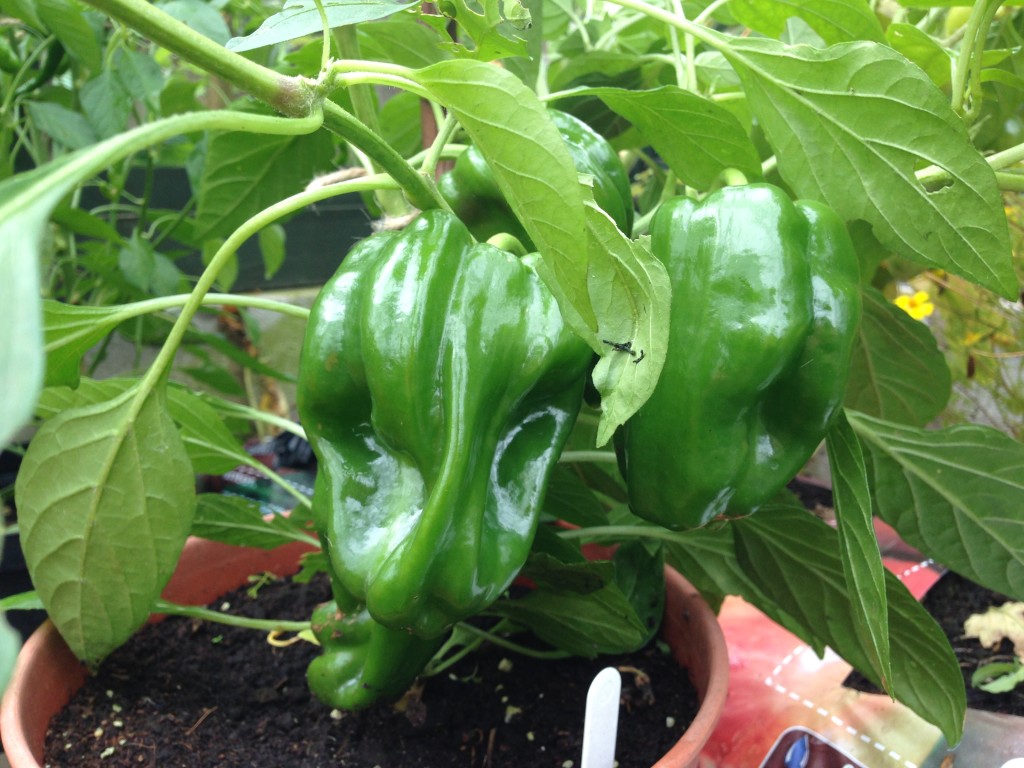 Success now depends on some heat. After August’s rains, let’s hope for an Indian Summer come September. Because if not, God help us, I’ll be forced to make green tomato chutney.