Saturday brought a welcome change of scenery in the form of fields, cows and sweeping views across Oxfordshire and Buckinghamshire. My room-mate from university had the good sense to marry a farmer and periodically our gang descends on Lloyds Farm for catch-ups, roast dinners and fresh air. In the old days it was just us girls, then it was us girls plus boyfriends/husbands, and now it’s us girls plus boyfriend/husbands and numerous children. 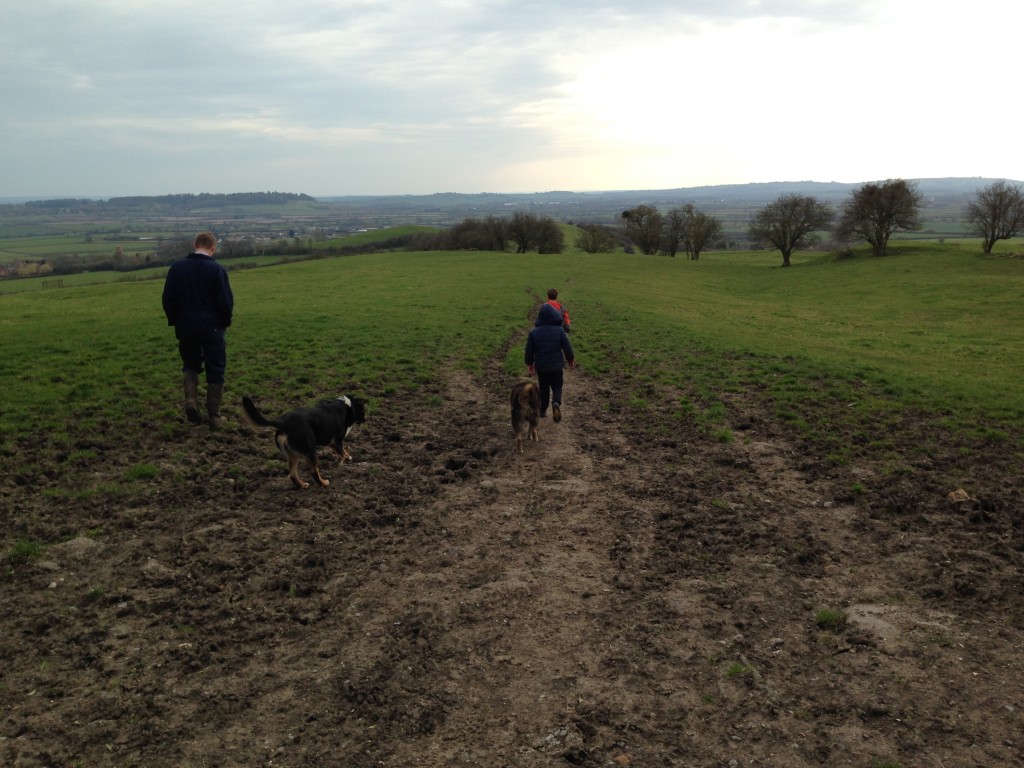 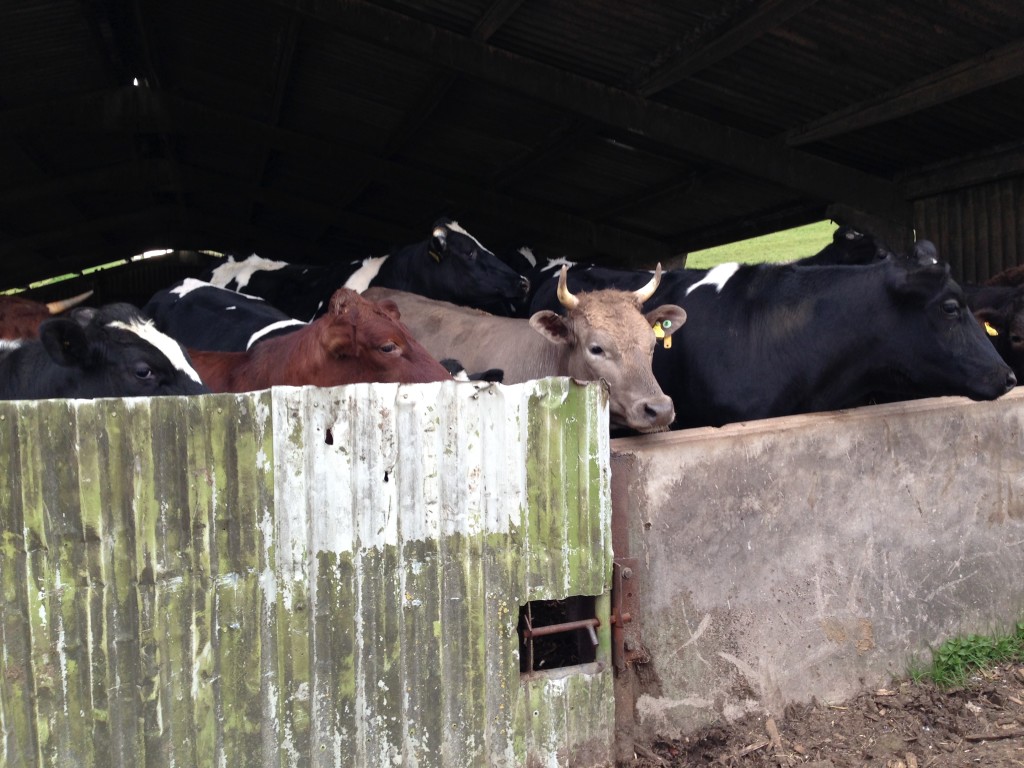 …and lots of cows!

How good to – literally – get a breath of fresh air on the farm after months of being cooped up indoors. The cows, galloping from one field to the next in search of fresh grass, possibly felt the same.

Speaking of fresh air, let’s head back in time to last June when Matt and I walked the Amalfi coast under sunshine and blue skies. I came home with a bar of Italian nougat in my suitcase, the soft aromatic type that costs a fortune but is the kind of thing one feels compelled to pick up on holidays. Unsurprisingly, it has been languishing in my chocolate box ever since – so I deemed it time to use it up. I happened to have egg yolks leftover from meringue making and so the obvious solution was ice-cream, but I didn’t want the faff of getting the ice-cream maker out. So semi-freddo was the next choice, a non-churn Italian ice that makes full use of our yummy nougat. 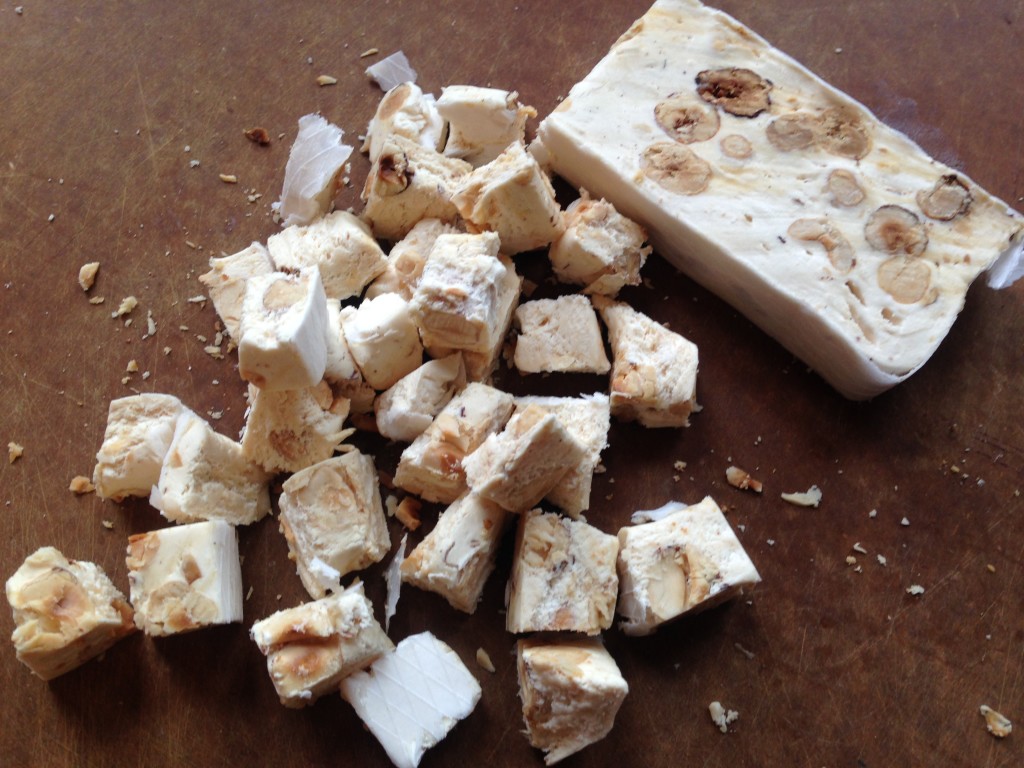 First, chop up the nougat. It tastes like the inside of a mars bar but LOADS better. If pushed, I suppose you could actually just use a mars or milky way in this recipe, but don’t expect it to be as good.

Next, make the semi-freddo base. Take four egg yolks and whisk them up with caster sugar and a teaspoon of vanilla extract until the mixture is thick, mousse-like and a pale ivory colour. I use a hand-held mixture and it took about five minutes. Remember to scrape down the bowl periodically to make sure all the mixture is incorporated. 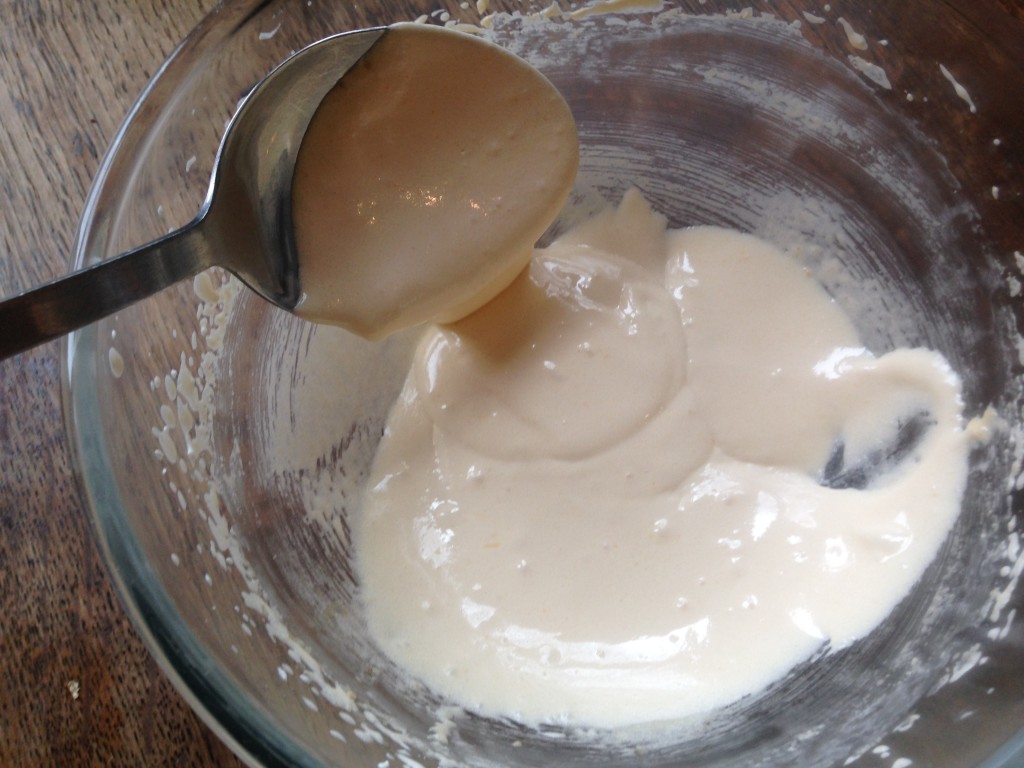 Whisk the egg yolks and sugar until smooth and ivory coloured

Whisk up a load of double cream until thick but still loose – don’t go too far else it wrecks the texture of the semi-freddo. Then simply fold the cream into the egg mixture using a large metal spoon or spatula, adding the nougat at the end. 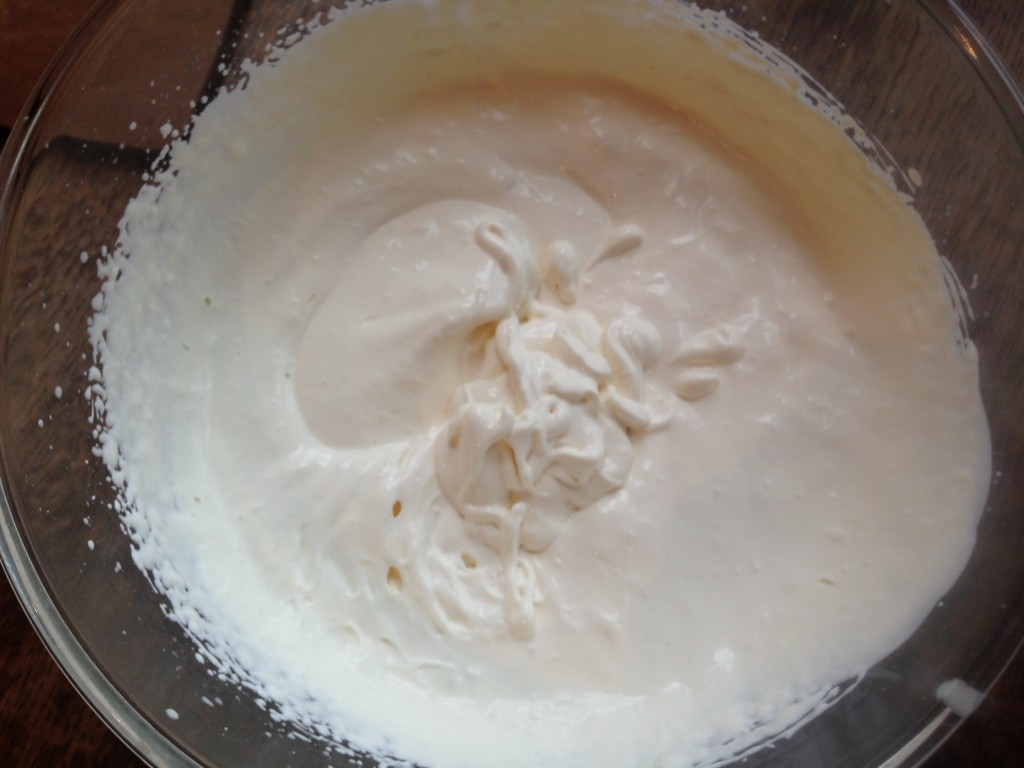 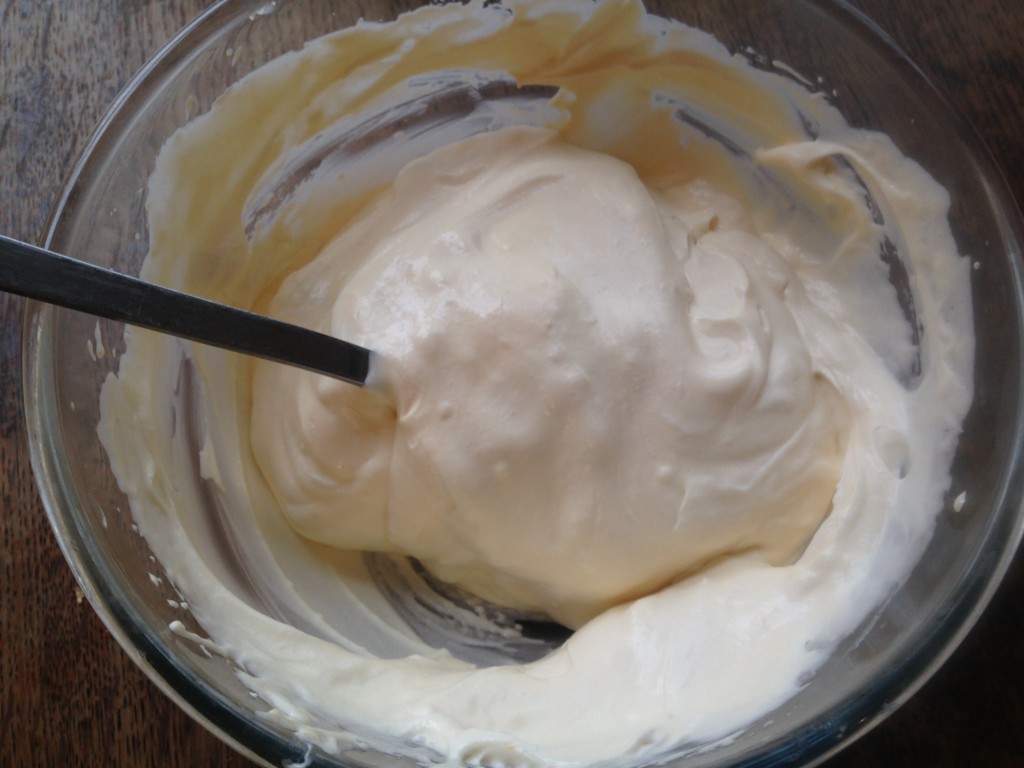 Fold it all together along with the nougat

The mixture then gets spooned into a loaf-tin that is double-lined with clingfilm, covered with more clingfilm, then frozen until solid. 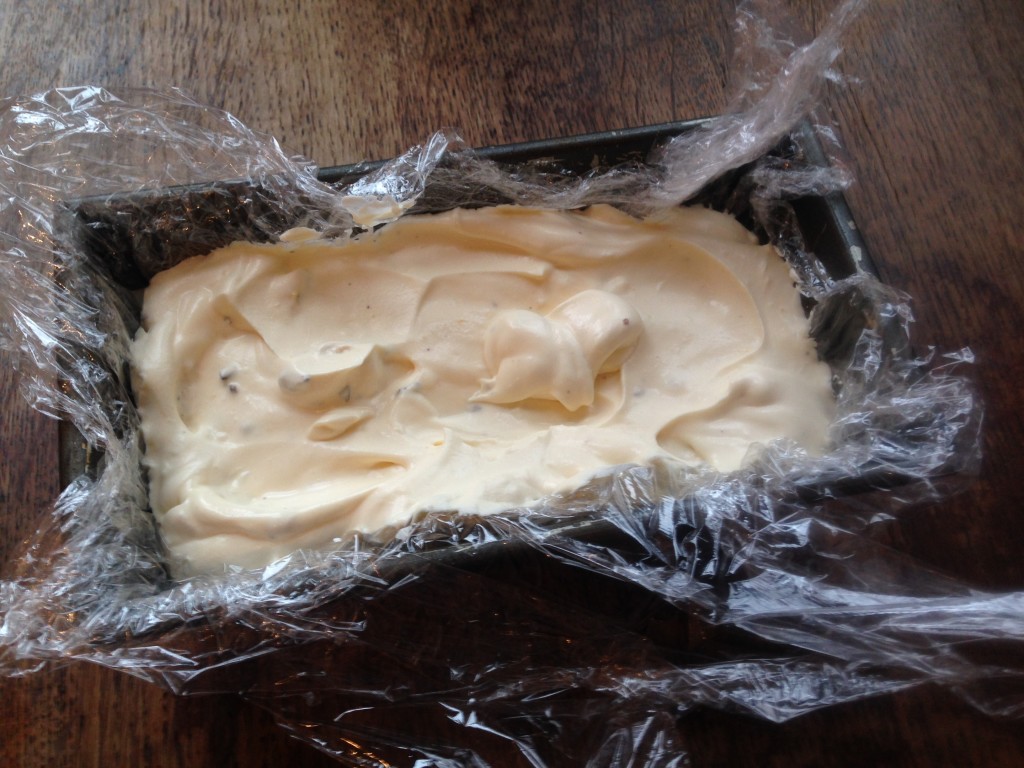 Freeze in a clingfilm-lined loaf tin

To serve, remove the semi-freddo from the freezer and leave to soften for 15 minutes or so, then slice. You can add some fresh berries or grated chocolate if that floats your boat. 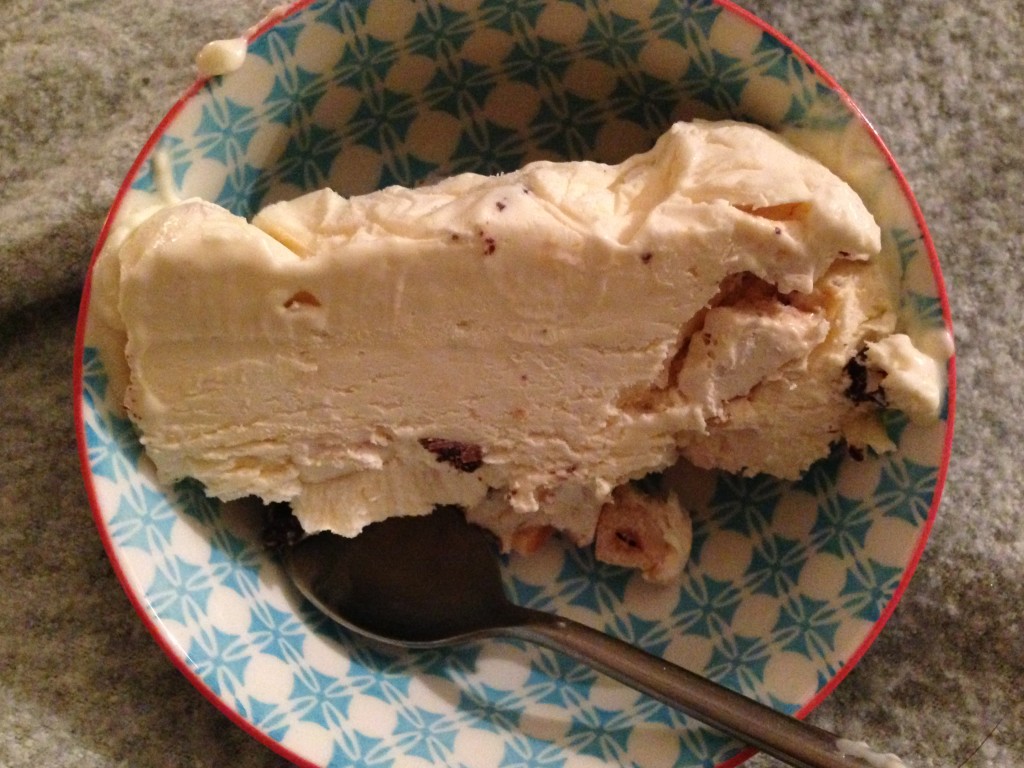 Soften for 15 minutes before slicing and tucking in

Semi-freddo is the ultimate easy ice: it’s prepared in minutes, needs only 5 ingredients and, most importantly, tastes amazing. The texture is creamy and rich but is less cloying than some ice-creams. This base mixture could be flavoured with nuts or chocolate instead of the nougat – it’s ripe for experimentation.

Chop the nougat into small chunks. Take a loaf tin and double-line with clingfilm. Whisk the egg yolks, sugar and vanilla until thick and pale, about five minutes. In a separate bowl, whisk the cream until thick and just holding its shape. Using a large spoon or spatula, fold the cream into the egg mixture until just combined, then gently fold in the nougat. Transfer the lot to the loaf tin, cover with clingfilm and freeze until solid. To serve, remove from freezer and allow to soften for 15 minutes before slicing.