In the two-and-a-bit months since the baby was born, the allotment has gone from high summer productivity to sodden and vaguely overgrown. The so-called compost bin is overflowing with the debris of the season, sunflower stalks, hop vines and mouldy chard. The veg patches are green with weeds and the fruit bushes are bare saved for the buds of new life, already visible on the branches. I pop down when I can for a spot of tidying – the success of this depends entirely on what mood Harry is in, and how much sleep I’ve had (or not had) the night before. 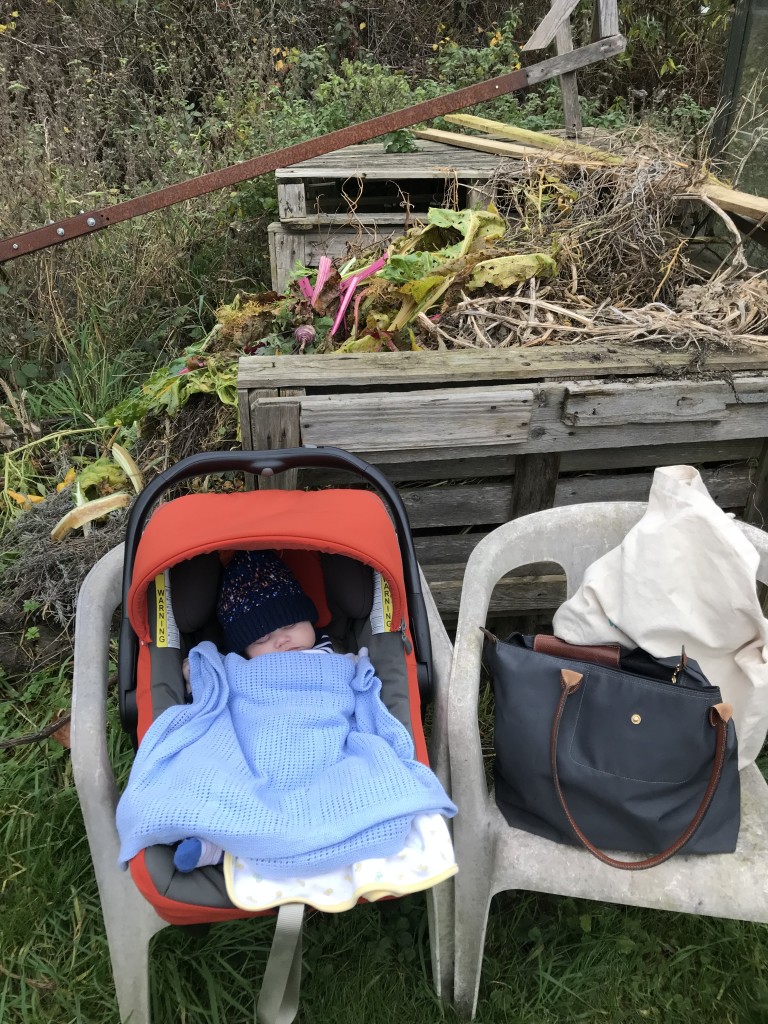 Harry is not much help when it comes to allotmenting

I’ve covered both of the main beds with black plastic, partly to keep the weeds down over winter but also because I don’t know how much I’ll get around to cultivating next year. Left uncovered this soil becomes a carpet of weeds in a blink of an eye; this is a case of an hour’s work now saving me serious amounts of graft come spring. 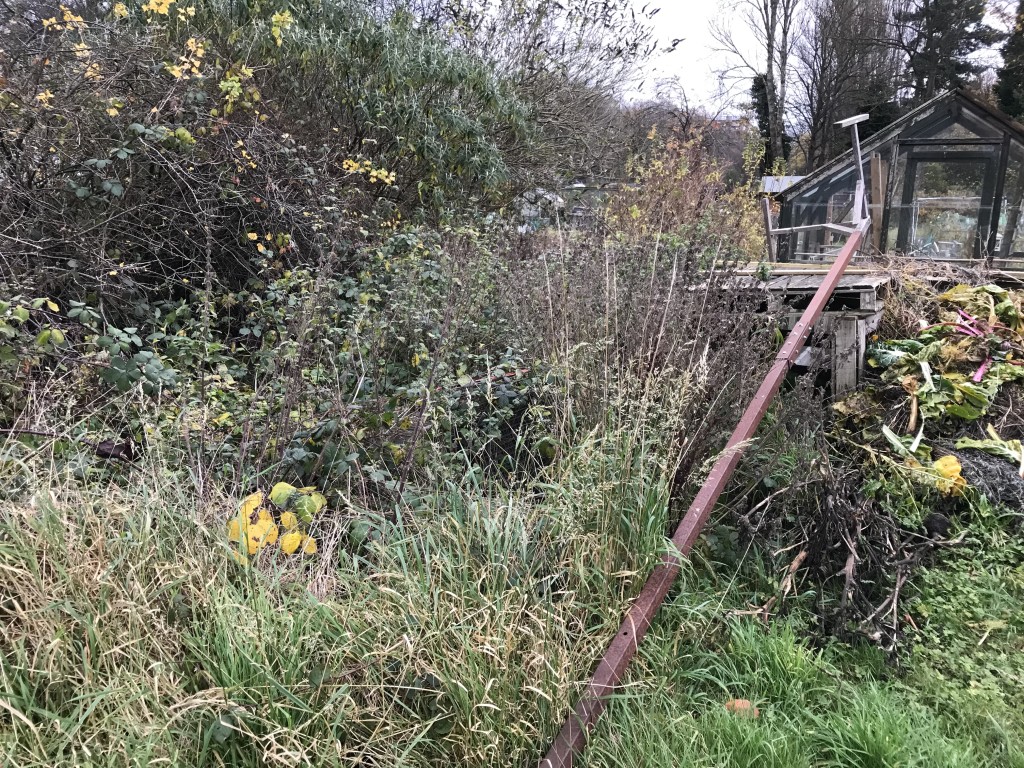 If left to its own devices, the allotment would be this overgrown all over 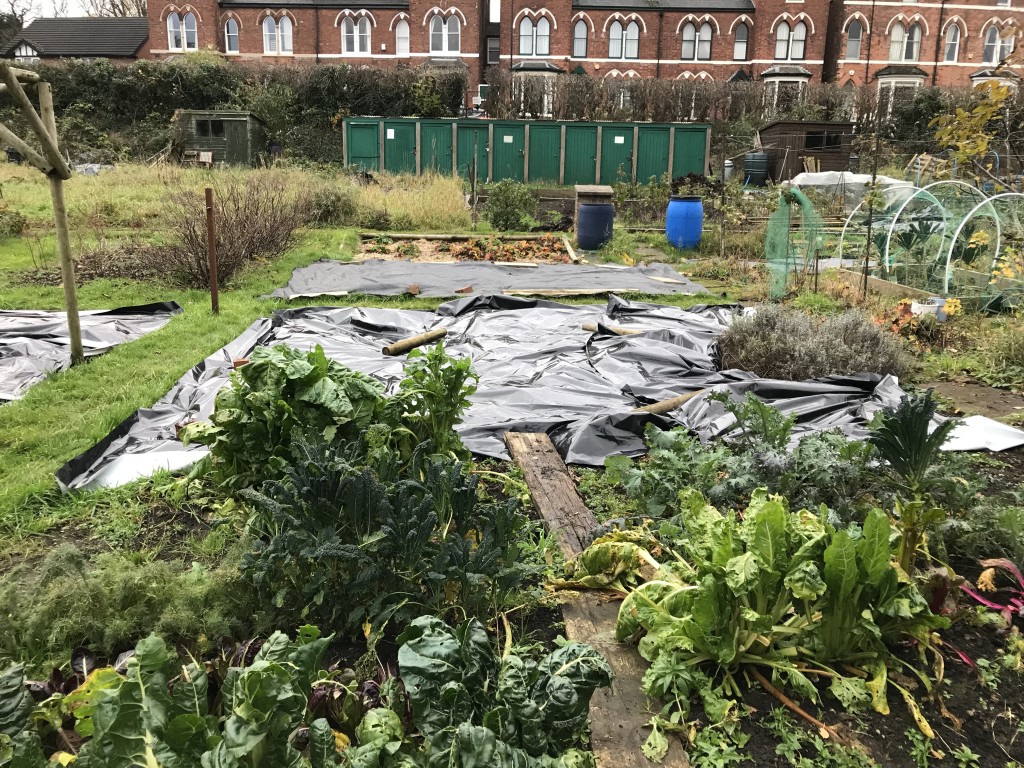 There’s not much to pick now but the cavolo nero is still going strong, as is the kale and chard. What I do have though is a serious pile of pumpkins; having served their time as Halloween decorations, it’s time to transfer them to the pot. 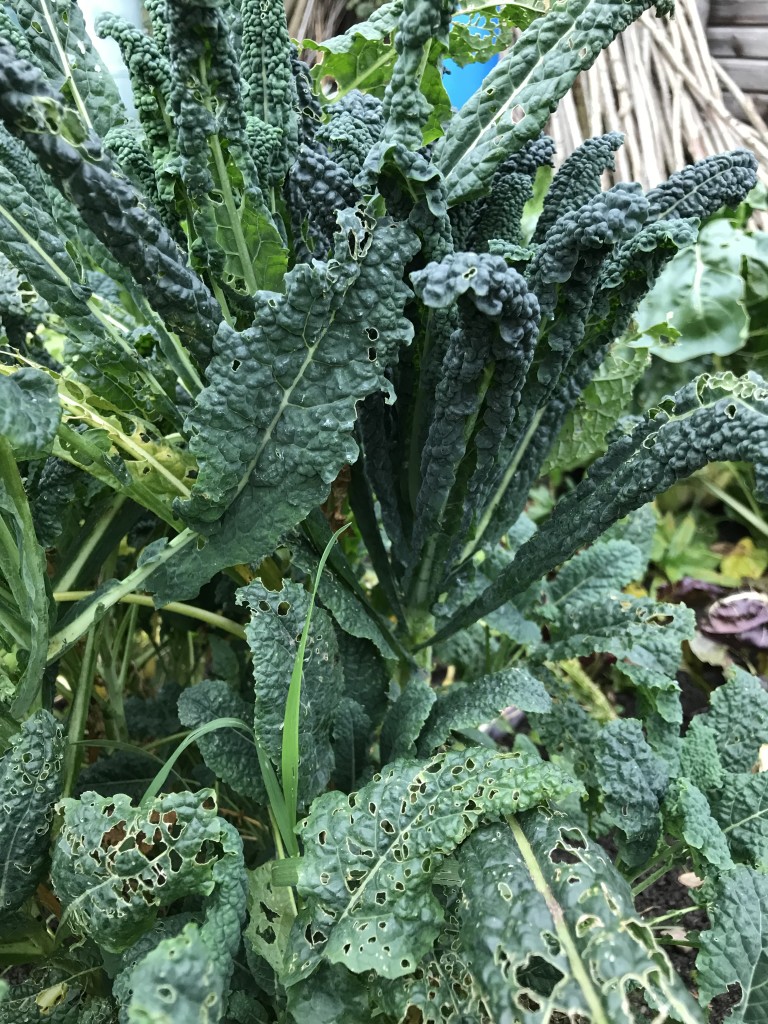 Cavolo nero still going strong, as is the kale and chard 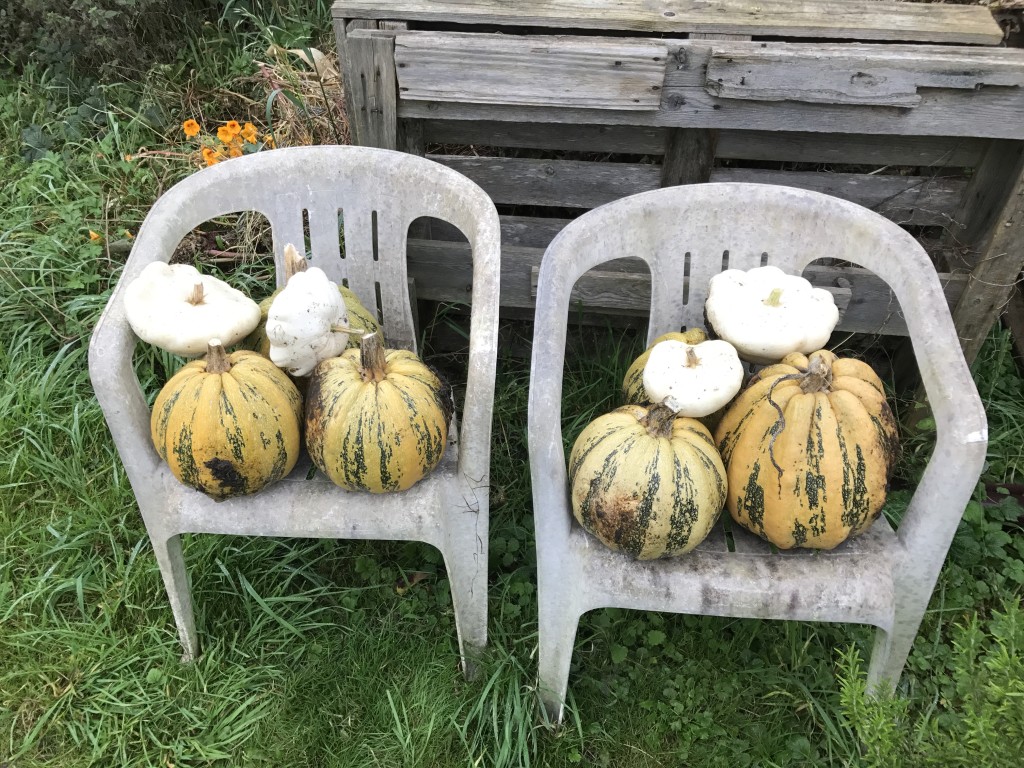 Pumpkins form the basis of this easy curry

This is an easy curry that I have shamelessly pinched from Nigella Lawson, though in truth it’s more the kind of dish I’d expect to find on a yoga retreat than from a ‘sleb chef. It’s vegan (shock!) and cheap (horror!), and more to the point I am able to cook up a massive vat of it in the few minutes that the baby is asleep in the afternoon. If you’re not lucky enough to have a pumpkin pile at home, use butternut squash instead.

First, make the curry paste. In the food processor, whizz together the onion, chilli, ginger, garlic, turmeric, coriander, cinnamon  and stock cube, adding a splash of water to help it combine if needed.

In a large casserole or stock pot, warm the oil over a medium heat and add the curry paste with a pinch of salt. Fry for a few minutes until the oil begins to separate from the paste. Add the solid coconut cream from the top of the tin of coconut milk, fry for a few minutes more, the add the rest of the coconut milk and tomatoes. Swill both tins out with water and add to the pan.

Finally slide in the sweet potato and squash, bring to a gentle simmer, and cook until the veggies are soft – about half an hour. Some of the squash will disintegrate into the curry, which helps it to thicken. Season with more salt and lime juice to taste, then serve with brown rice and a dollop of yoghurt.